A Scotch Glass for Outer Space
Open Space Agency and Ballantine's craft the perfect vessel for toasting the future. 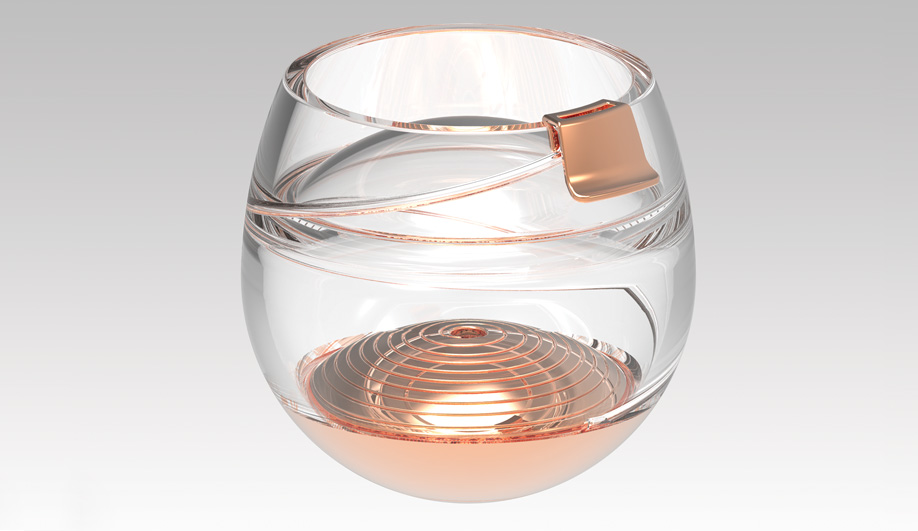 Open Space Agency and Ballantine’s craft the perfect vessel for toasting the future.

Doesn’t it feel as if we’re now measuring the pace of technological advancement in nanoseconds? The temporal gap between dream and reality is shrinking. The category-crushing gadget you dreamed up at breakfast might be obsolete by lunchtime. To stay ahead of the game means devising far-fetched solutions for problems that seem decades away.

Faced with this breakneck climate of innovation, the only sane riposte is to take a breather and enjoy a cocktail. London’s Open Space Agency did just that…and then (perhaps feeling a bit tipsy) partnered with the Ballantine’s Scotch brand to design a forward-thinking vessel for sipping hooch in outer space.

Sure, we already have devices to consume liquid in microgravity. But Open Space Agency is designing for a future world where businessmen crave heightened aesthetic pleasure aboard their Virgin Galactic red-eye to Titan. Agency founder James Parr calls this the “spacefaring civilization.”

The Space Glass is constructed from 3‑D-printed thermoplastic, transparent so we can appreciate the Scotch’s amber hue. The whisky is loaded in via a one-way valve in the bottom of the cup, and a helical channel curves around the inner wall, pulling the drink upward to a spout. Scent molecules – of honey, clementines and licorice spice, in the case of Ballantine’s special space batch – aerate through a dome on top. The rounded rose-gold base fits snugly into the palm, warming the liquid through body heat.

Who can say when our civilization will launch interplanetary tourism? Until it does, the Space Glass will be waiting for us; it has already been microgravity tested at a 146-metre drop tower in Bremen, Germany. And Ardbeg and Suntory have recently run trials aboard the International Space Station to study how their brands age in space. It’s one small sip for man, one giant swig for mankind.