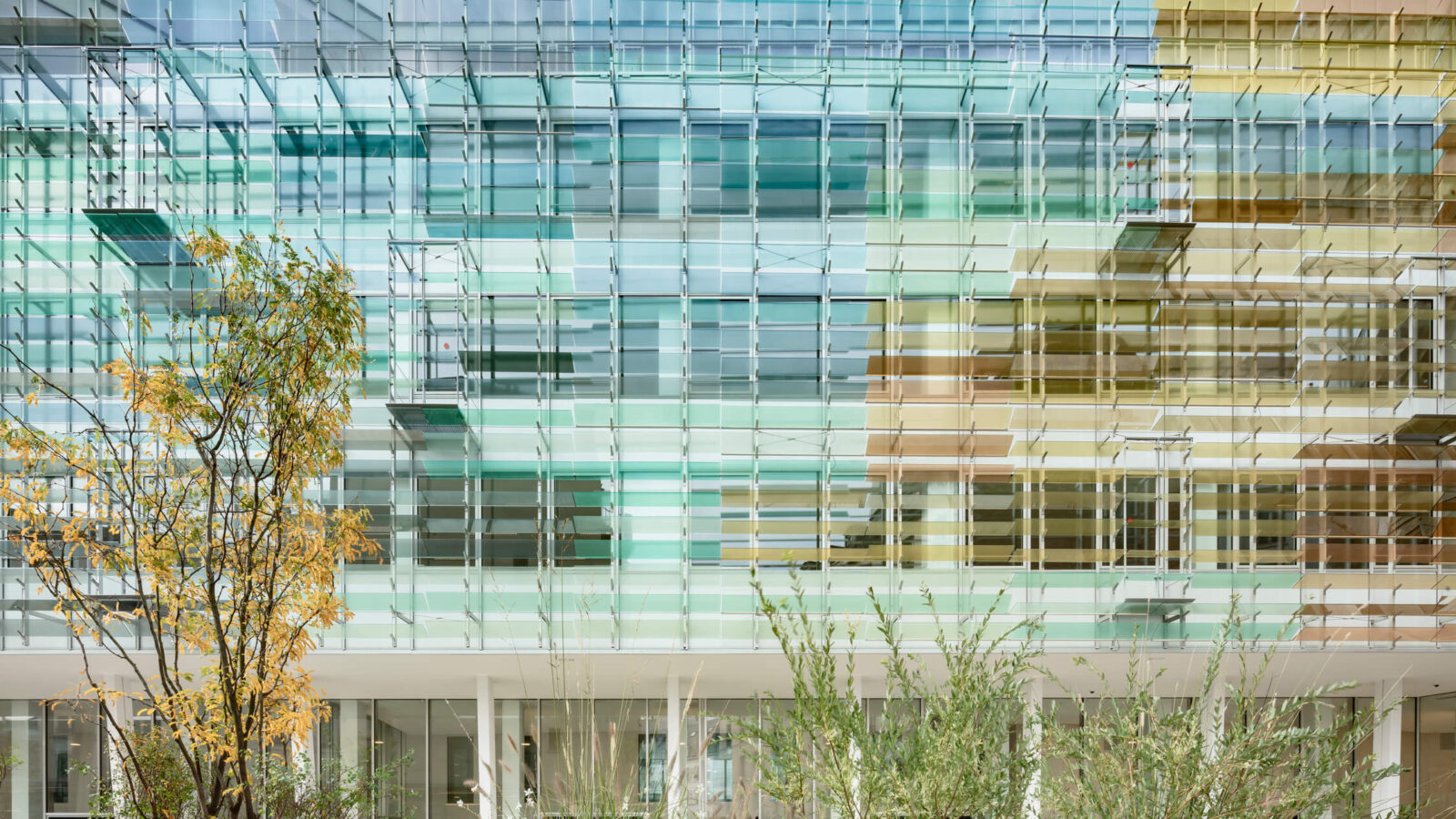 Inspired by the work of Claude Monet, this mixed-use complex bordering France’s first railway station celebrates the spirit of the city.

Between 1900 and 1905, celebrated French Impressionist painter Claude Monet made numerous trips to London for one reason: to capture the Houses of Parliament by British architect Sir Charles Barry. Staying in the same room at St. Thomas’ Hospital immediately across from the Palace of Westminster, Monet created dozens of studies that explore the atmospheric qualities of the neogothic subject as it dramatically meets the Thames.

It was this flickering light and the reflections in the river’s waters as captured by Monet that inspired the facade of Parisian firm Ferrier Marchetti Studio‘s latest project: Grand Central Saint-Lazare. Bordering Gare Saint-Lazare (France’s first railway station and another of Monet’s many subjects), the 23,600-square-metre mixed-use structure is clad in an array of angled glass louvres that translate Monet’s vivid brush strokes into an almost pixelated facade that “subtly reflects the shifting skies and differing qualities of light throughout the day,” the studio says.

Comprised of restaurants, retail and workspaces — all anchored by a reception, auditorium and rooftop terrace — the seven-storey complex both restores and elevates an existing Haussmann-era building. Accordingly, the new structure is “designed to reshape the district’s dense urban environment, and reconnect visitors to the spirit of Paris.”

On the ground floor, an expansive marble reception desk sits below an angular glass ceiling to welcome visitors into the site while framing the adjacent heritage structure. Rhythmic baffles continue inside, riffing off the tinted louvres on the facade, that help transition into the surrounding retail spaces. Above, a double-height auditorium as well as additional flexible commercial spaces fill the second-floor plate.

While the striking facade wraps only a single side of the new building, a wall of glazing lines the rear of the structure (which faces the railway and takes cues from its industrial form) to provide unparalleled vistas into the French metropolis.

In addition, a public promenade lines the entire length of the site, while terraces (replete with concrete planters that double as seating) dot either end of the linear structure and intersect the upper stories to provide pockets of outdoor space for tenants.

Rounding out the complex, the 800-square-metre rooftop garden (courtesy of local firm Studio MUGO) features native plants, edible flowers, beekeeping infrastructure and more with an integrated rainwater management system to allow a variety of species to “benefit from a new shelter in the heart of Paris.”

“In our transformation of Grand Central Saint-Lazare, we have created an architecture of ‘sensations’ based on the emotional heritage of the site,” concludes principal Jacques Ferrier. “In the manner of the painter Claude Monet, who depicted his impressions of Saint-Lazare, we have mixed the modernity of metal structures with the recollections of steam locomotives and juxtaposed them against the movements of clouds and variations of light to create a truly sensory experience.”

Though it may borrow from the canon of Impressionist painting and be billed as “one of the most complex new projects to be built in central Paris over the last decade,” Grand Central Saint-Lazare is set to be an iconic subject all its own.

Inspired by the work of Claude Monet, this mixed-use complex bordering France’s first railway station celebrates the spirit of the city.