Path of Berlin Wall Recreated in Glowing Orbs
Thousands of illuminated balloons retraced the former path of the Berlin Wall to commemorate the 25th anniversary of the day the wall came down. 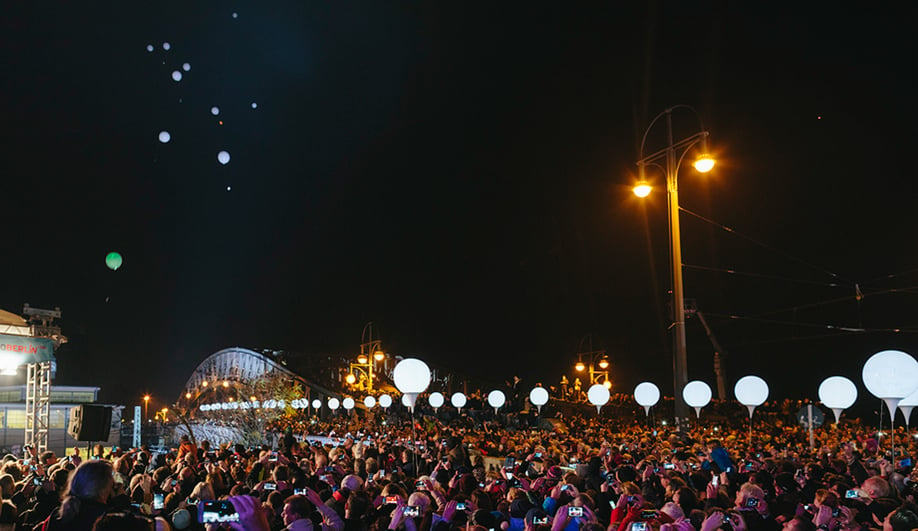 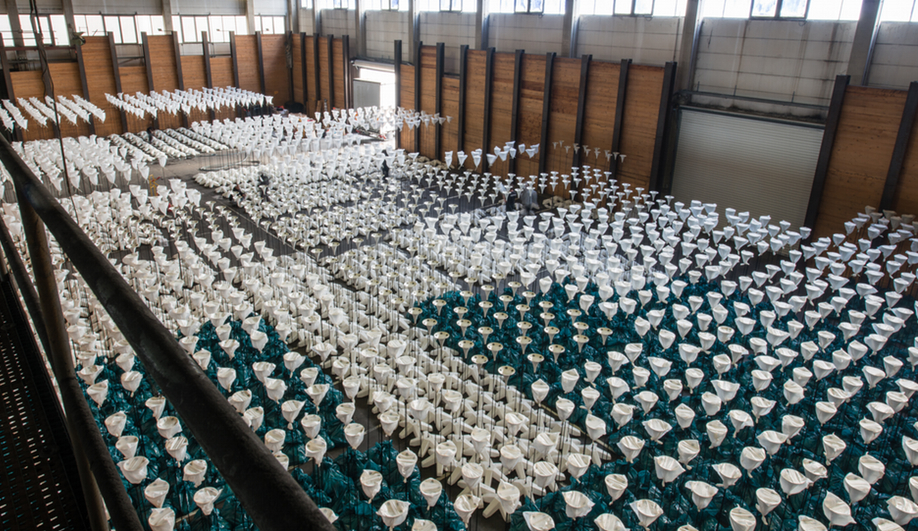 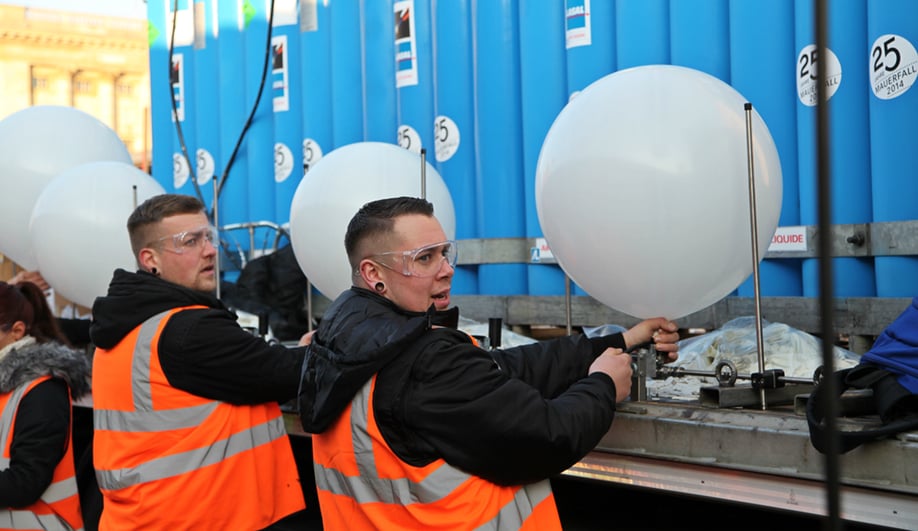 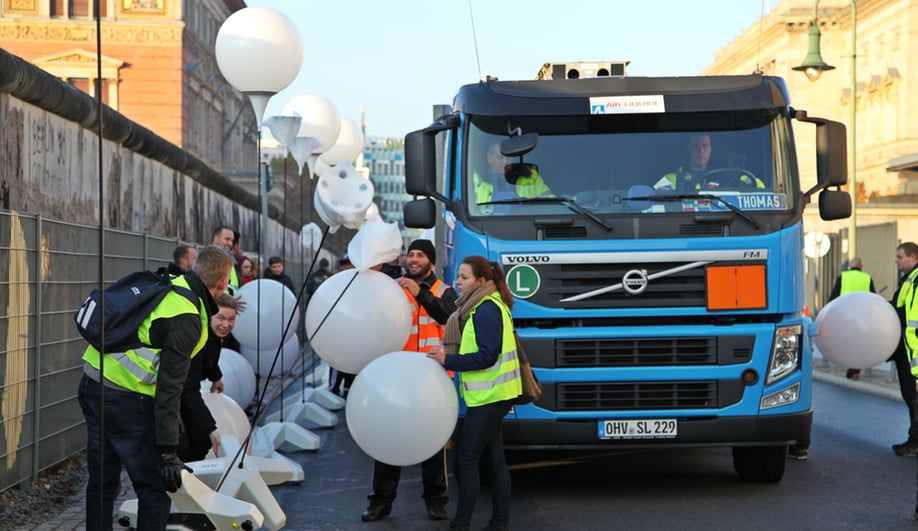 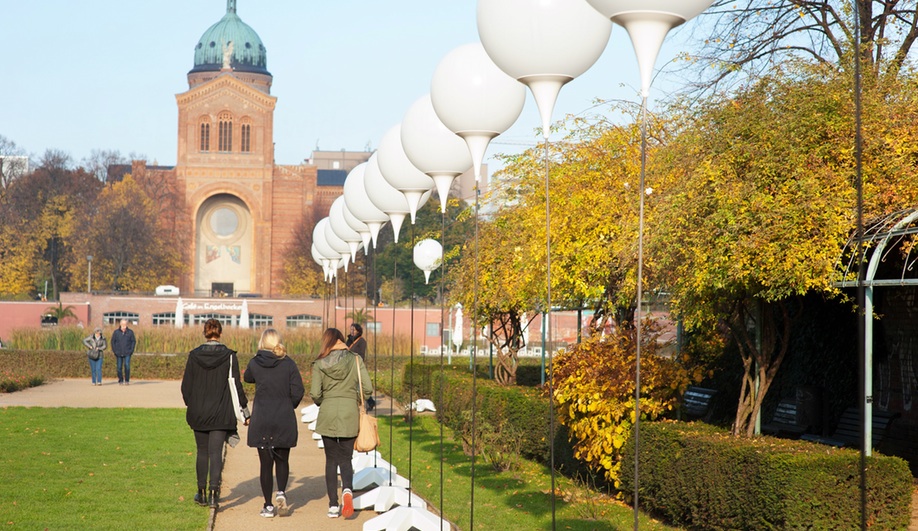 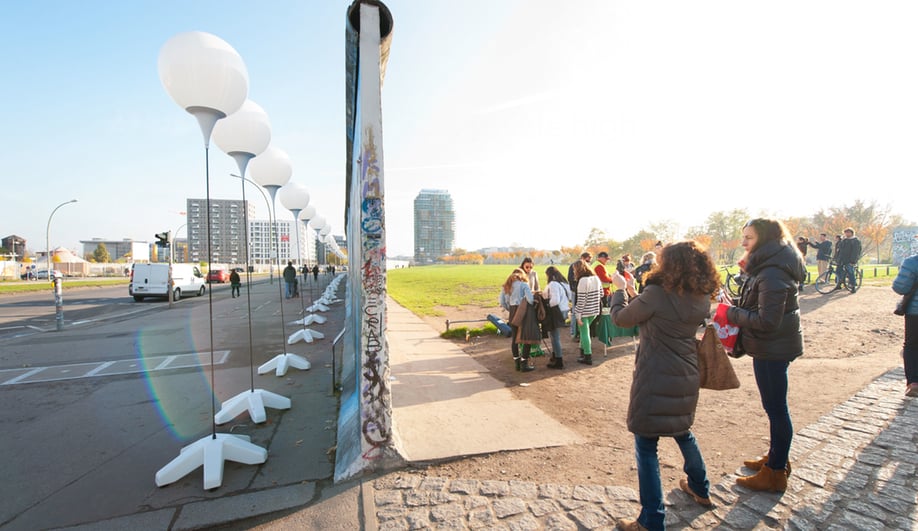 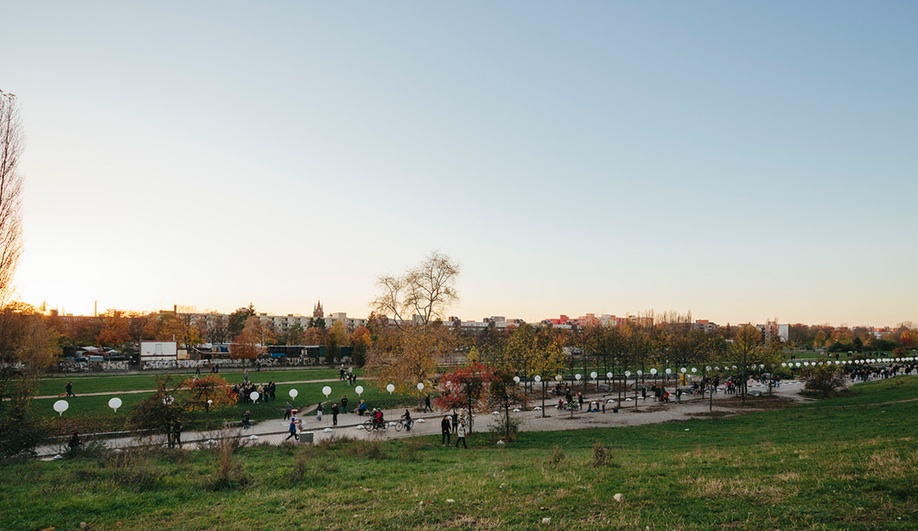 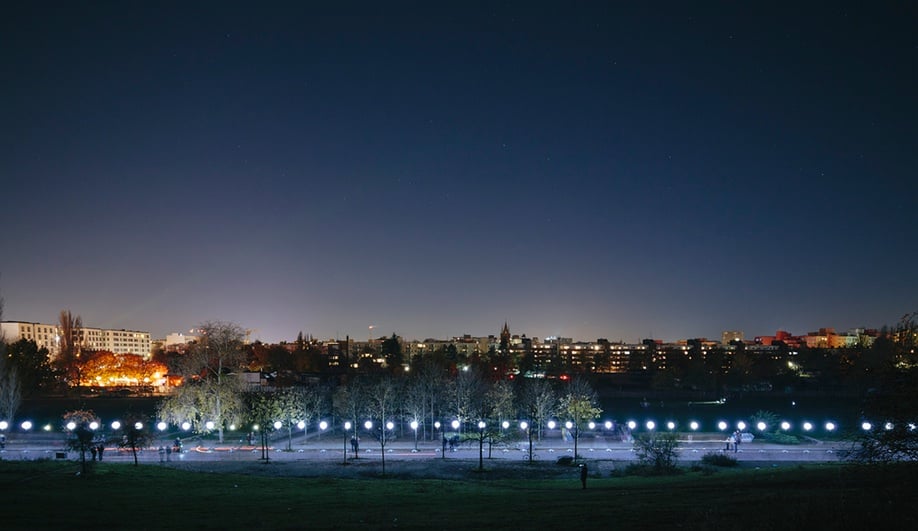 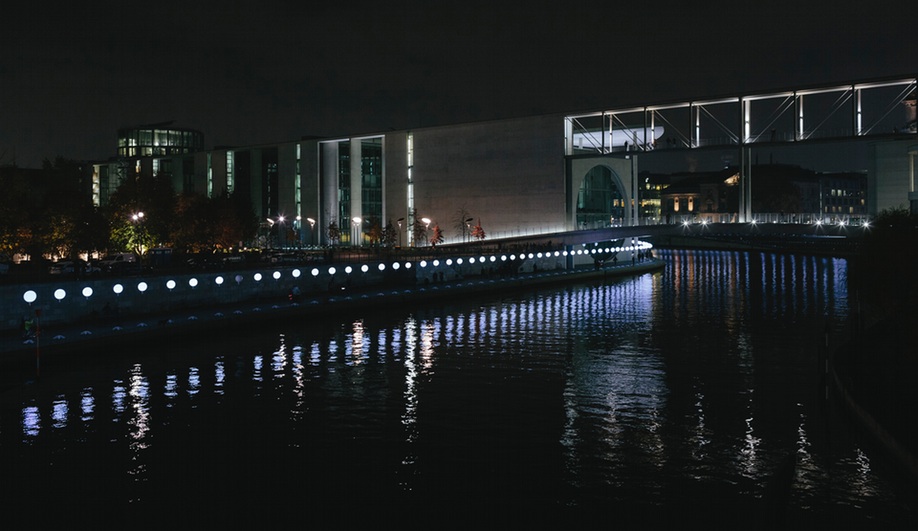 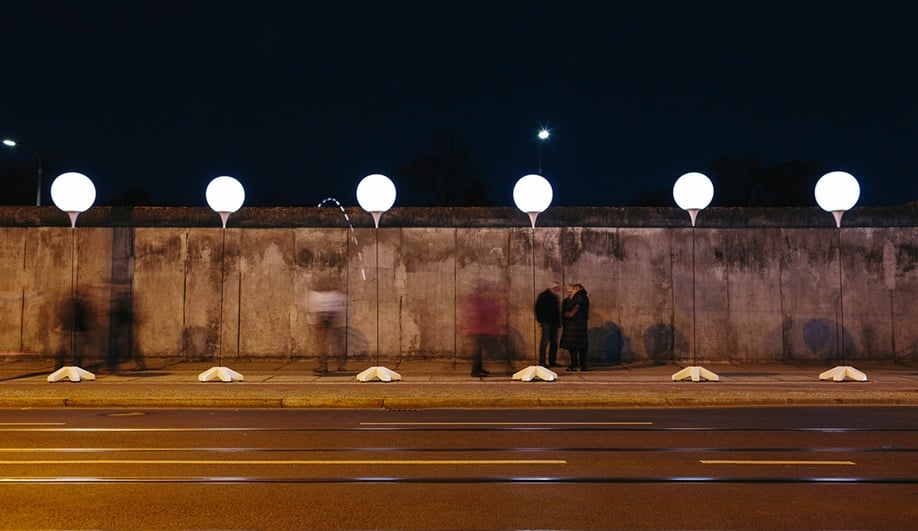 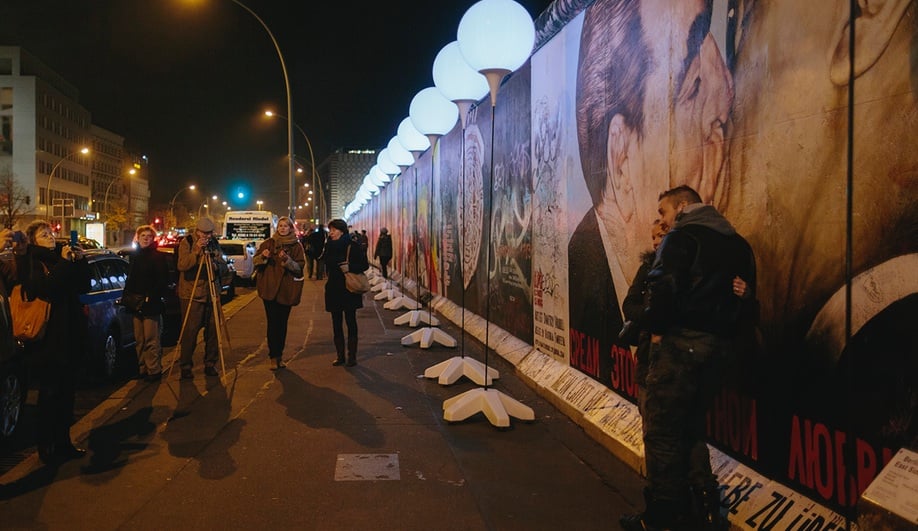 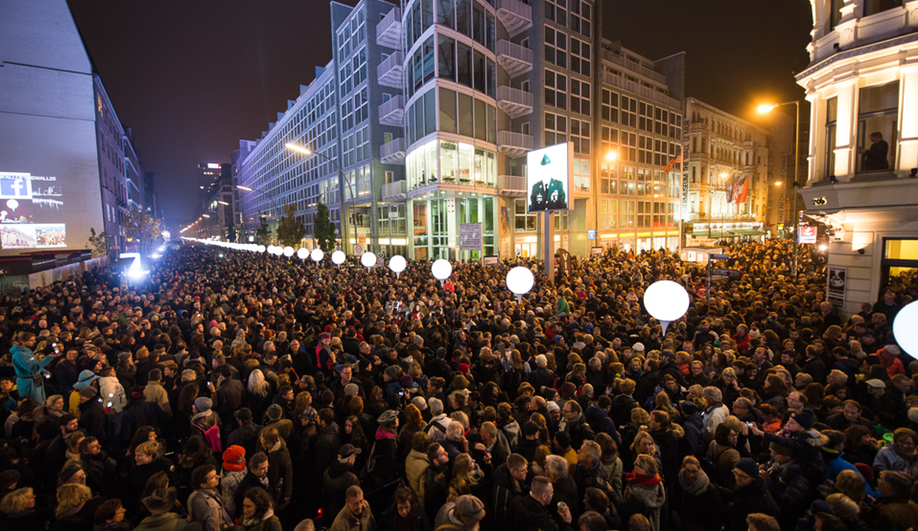 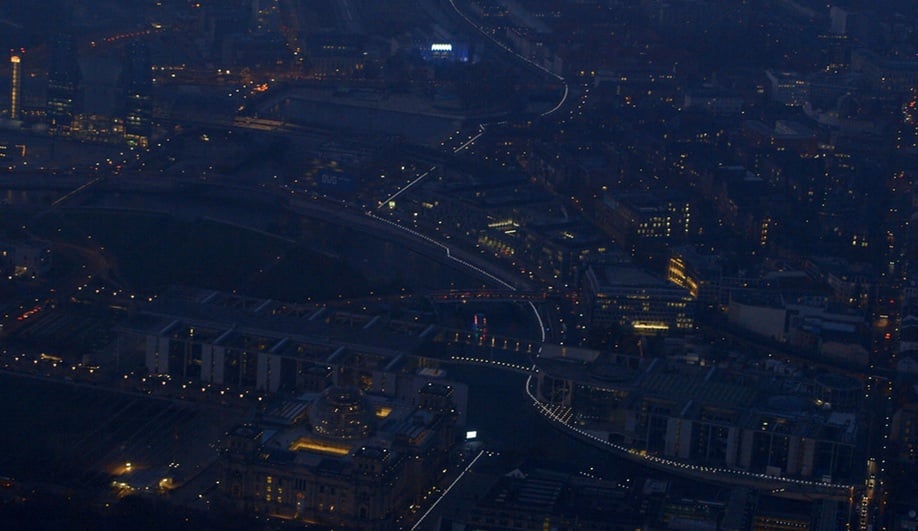 This past weekend, roughly 8,000 balloons atop narrow stands dotted 15.3 kilometres along the frontier that separated East and West Berlin from 1961 until 1989, creating a glowing boundary in the hours leading up to the 25th anniversary of the wall’s dissolution. The unmissable installation ran across the very centre of the city, through Mauerpark and the Berlin Wall memorial to the iconic Brangenburg Gate and infamous Checkpoint Charlie.

Two brothers came up with the concept for Lichtgrenze – literally “light border” – in 2011: Christopher Bauder, the light artist who owns WHITEvoid, an interactive design company, and Marc Bauder, a filmmaker. With the collaboration of Kultureprojekte Berlin and the Robert-Havemann-Gesellschaft (an historical society that preserves documents of the German Democratic Republic), they developed a low-impact method for erecting a stunning light display that could be easily deployed for the two days leading up to the anniversary. On the evening of November 9th, the helium-filled balloons were released, poetically capturing the disappearance of the wall and the reuniting of a city.

Small, economical, and easy to transport and install, balloons provided an ideal way to erect spheres that could act as light diffusers. Although releasing balloons into the atmosphere often poses an environmental hazard, the ones used for Lightgrenze were made from a natural biodegradable material that was actually better at retaining helium than the usual rubber. The closures for the balloons are likewise biodegradable, and will be broken down in the environment by sunlight and bacteria.

The stands, with their narrow columns atop ballasted pedestals, are topped by high-powered LEDs that illuminated the balloons from below. The battery-operated LEDs are contained entirely within the torchiere, eliminating wiring and allowing the team to set up lights citywide in a single day.

SHARE
Twitter, Facebook, LinkedIn, Pinterest, Email
TAGS
Cultural, Public Art,
AZURE is an independent magazine working to bring you the best in design, architecture and interiors. We rely on advertising revenue to support the creative content on our site. Please consider whitelisting our site in your settings, or pausing your adblocker while stopping by.