A Squatting House Turned Cheerful Abode in Barcelona
In the city's El Raval neighbourhood, local firm Sarriera-Weinstock has reworked a cave-like industrial space into a clever apartment for one. 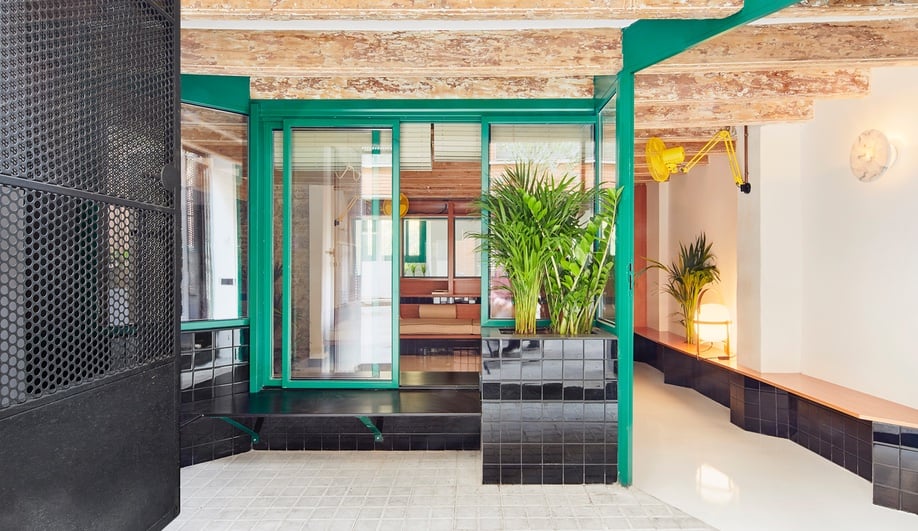 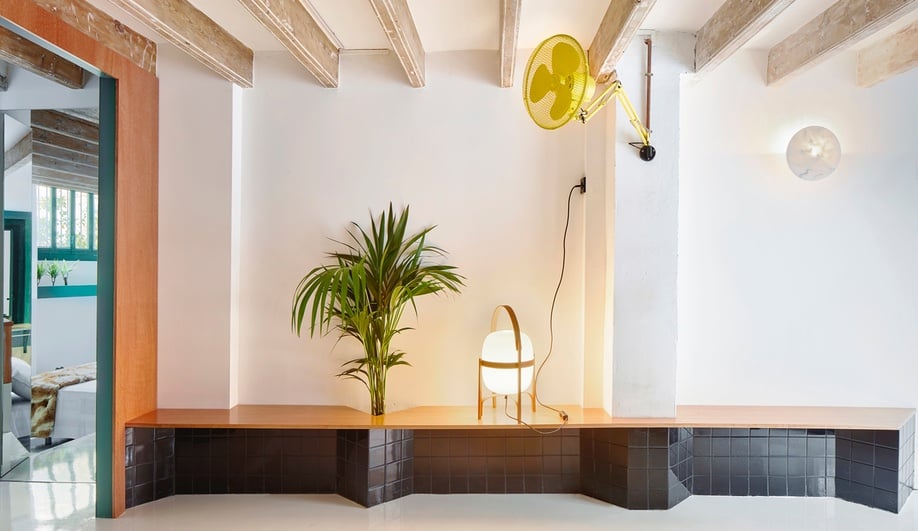 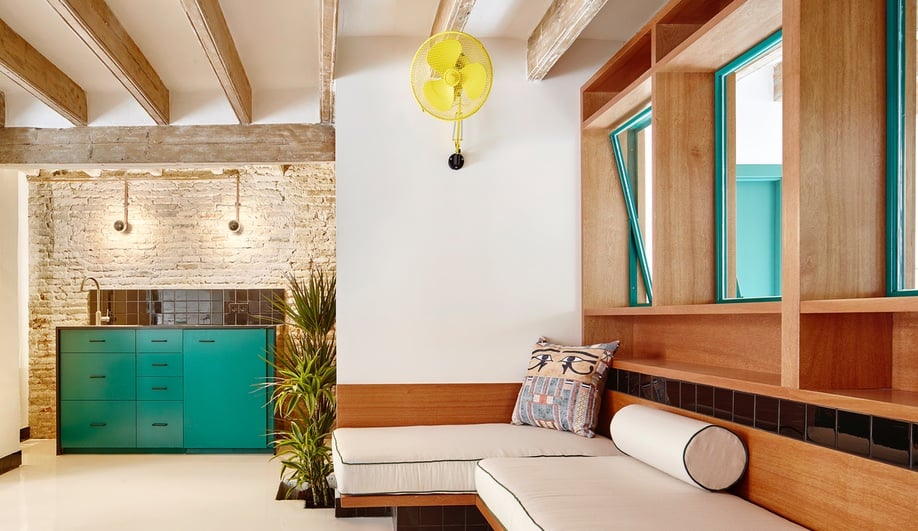 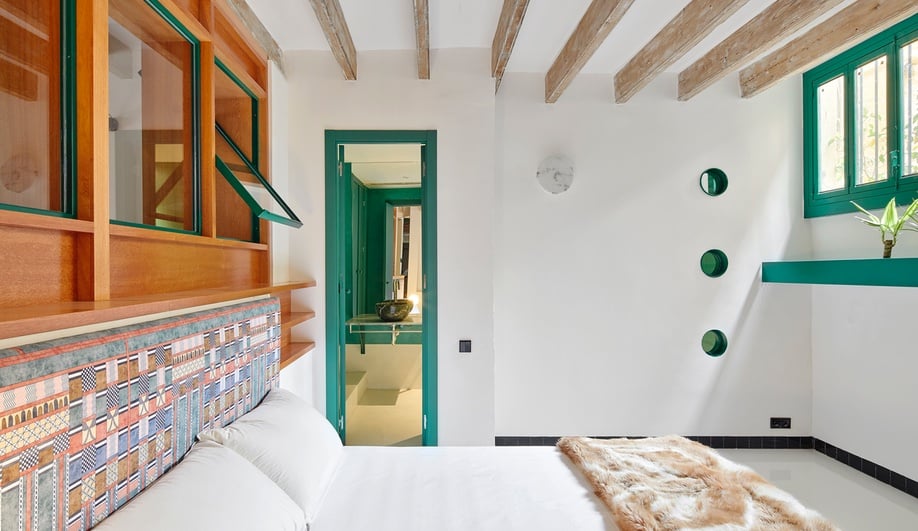 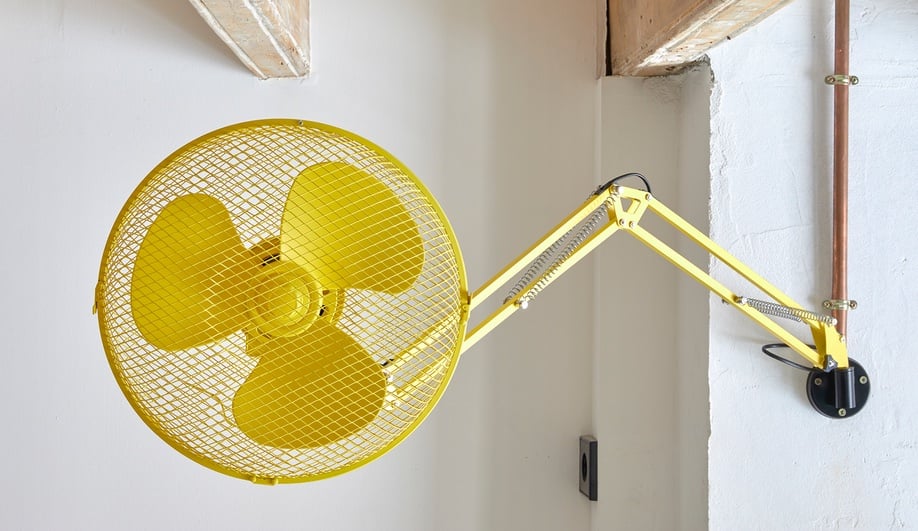 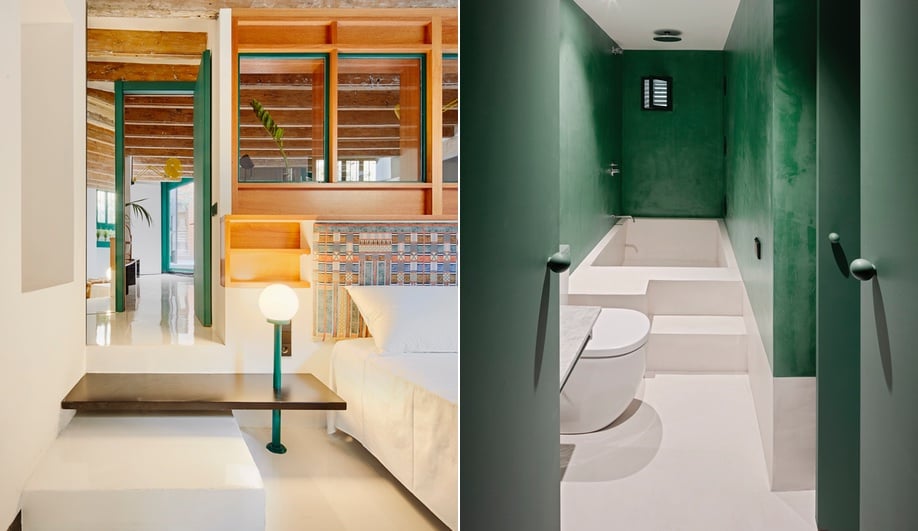 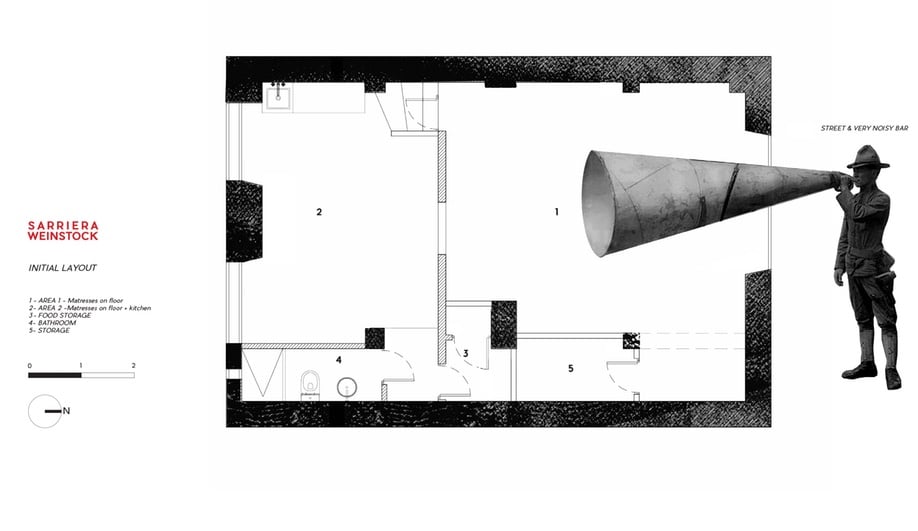 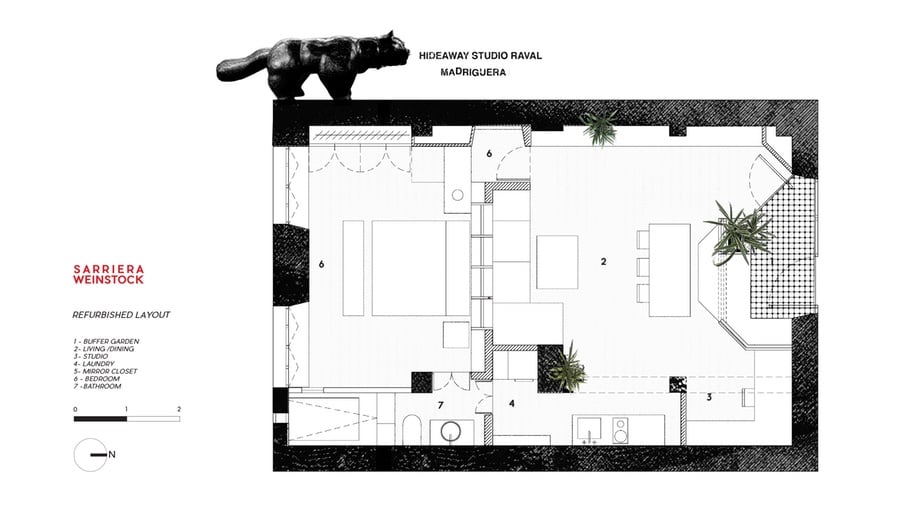 Sarriera-Weinstock’s client is a well-travelled entrepreneur who wanted a Barcelona pied-à-terre that provided proximity to the city’s vibrant neighbourhoods, while also affording the kind of peace and quiet needed for working from home.

The raw site didn’t exactly tick every box. Formerly an old motorcycle workshop and later, a squatting house, Sarriera-Weinstock describe the ground-floor space as “cave-like,” with extremely low ceilings and a disorganized layout. One of the neighbours is a social club whose patrons are often found drinking and debating outside.

To create the sort of oasis that the client was after, the architects created a “buffer garden” by installing two facades. The first, facing the street, is a perforated folding iron door that can be completely opened or closed, without blocking all natural light. The second facade is a sliding glass door, framed by a bright turquoise metal frame, that helps further block out the sounds of El Raval. The two facades have created a small interior courtyard, where the firm has installed built-in bench seating.

Inside, the space is imagined as two halves. The first half, closer to the entrance, is an open-concept living, dining and work area, and a small, no-frills kitchen. In the second, quieter half, the firm has created a bedroom. Built-in furniture acts as a partition between the two areas, while maximizing space. Wood, white and turquoise make the 55-square-metre space feel fresh and modern.

Unable to raise the low, exposed-beam ceilings, the firm used a clever flooring solution to give the illusion of height. They installed white epoxy resin flooring throughout the space and added an extra gloss coat, which heightened reflections and created the effect of a floating floor.