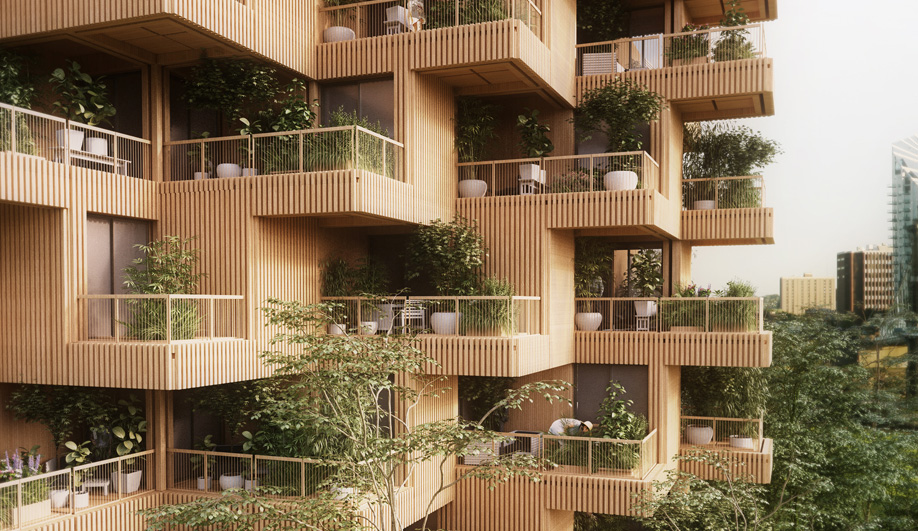 The concept, helmed by Austrian architect Chris Precht, founding partner at Penda and also the chief development officer at Timbr, takes inspiration from one of the world’s most successful examples of modular, prefabricated apartment structures, Moshe Safdie’s Habitat 67, in Montreal. 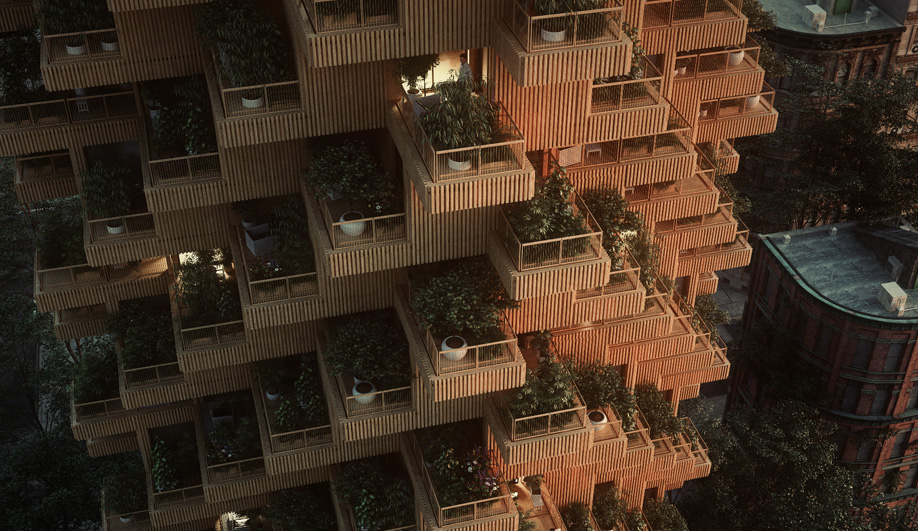 The individual units, made from pre-cut CLT panels and assembled at an indoor facility, would offer the same efficiency benefits seen with other prefabricated construction: less waste, better quality control and faster build times. These modules would be added after a foundation, ground floor and basecore were constructed, and would simply slide into place, fully finished, with the building’s timber cladding installed and sealed along the way. 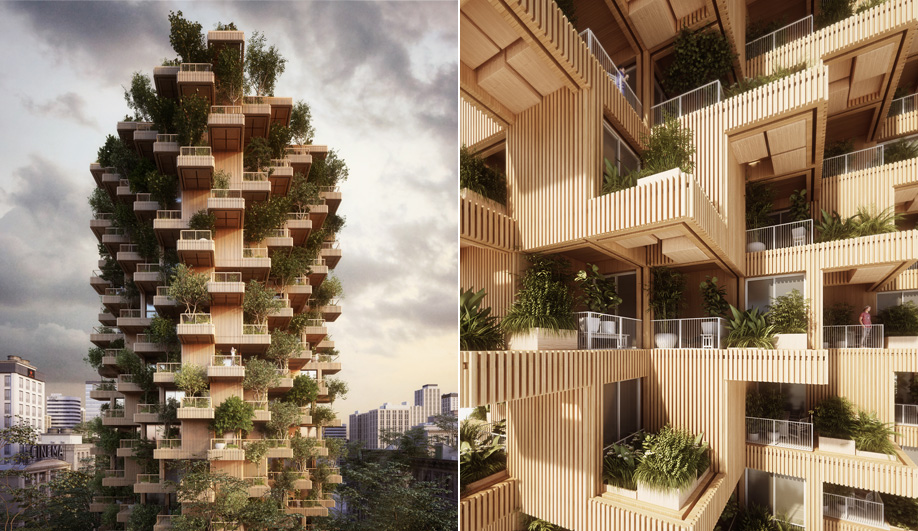 Intended as a catalyst for more efficient and ecologically minded urban dwellings, the architects say Canada is an ideal location for such a project. Not only is the country timber rich, but the government offers credits to support sustainable buildings, and was also one of the first in the world to alter building codes to encourage building vertically with wood. 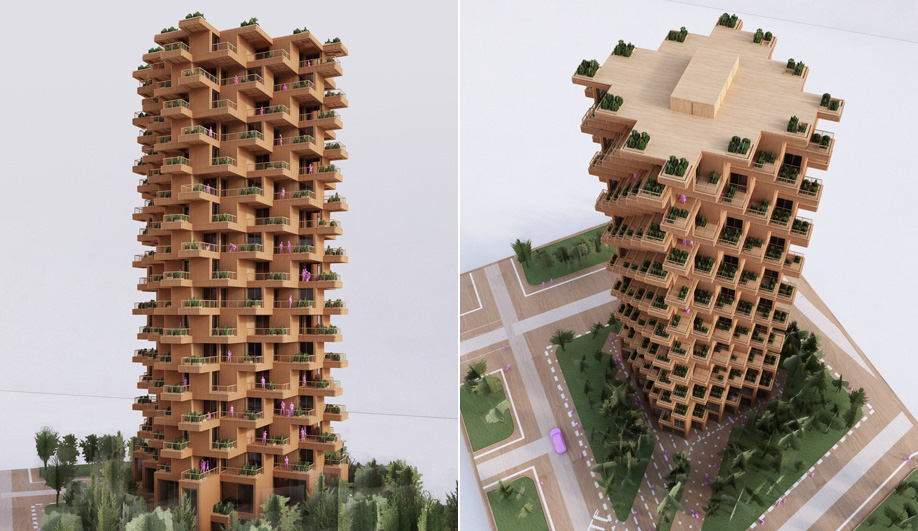 Canadian architects have responded to the changes with projects such as Brock Commons at the University of British Columbia, by Acton Ostry Architects, which is currently the tallest wood tower in the country. Vancouver’s Michael Green designed B.C.’s Wood Innovation Design Centre – a structure totally dedicated to and showcasing the potential for wood, in 2014, as well as T3 , the tallest timber structure in the U.S. 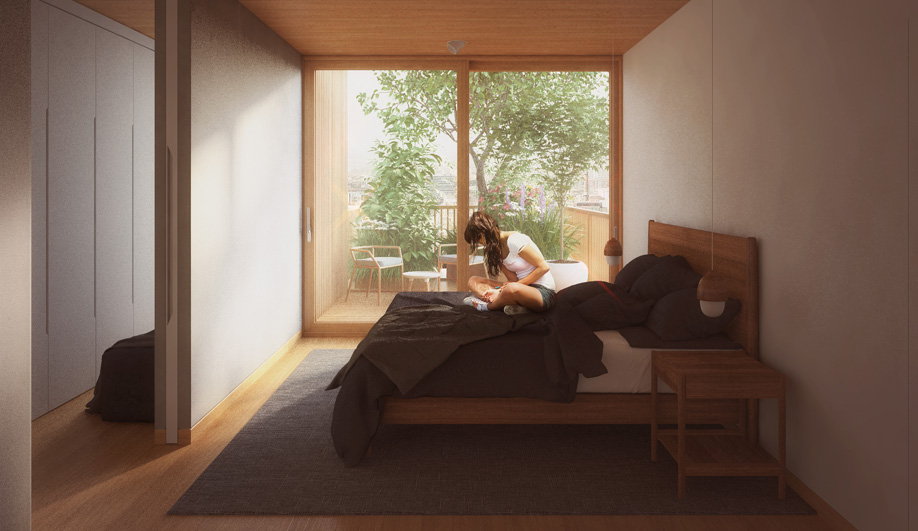 But Penda’s design one-ups its built predecessors with a vertical garden, that is as integral to the facade as the wood panels. Large outdoor terraces are attached to every apartment and incorporate trees as well as herb and vegetable gardens. The greenery provides shade, as well as enhancing the privacy of each unit, making each home feel like a sanctuary that is connected directly to nature, rather than a concrete jungle.