Winnipeg’s 5468796 Wins the Prix de Rome
The $50,000 prize from the Canada Council for the Arts will allow the architecture firm, which co-curated Canada's pavilion at the 2012 Venice architecture biennale, to research ways of fostering a city's design culture. 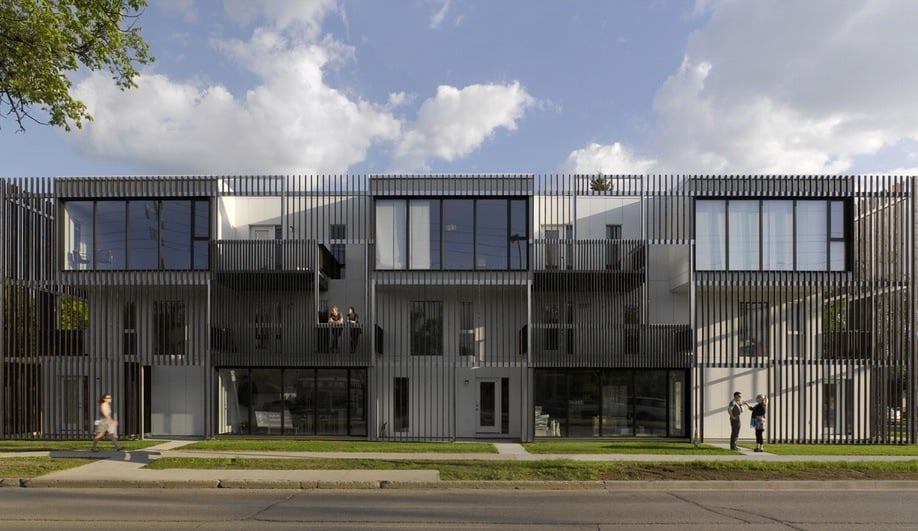 The Bloc_10 condominiums won a RAIC Award of Excellence, an AR Emerging Architecture Award and a Governor’s General Medal in Architecture 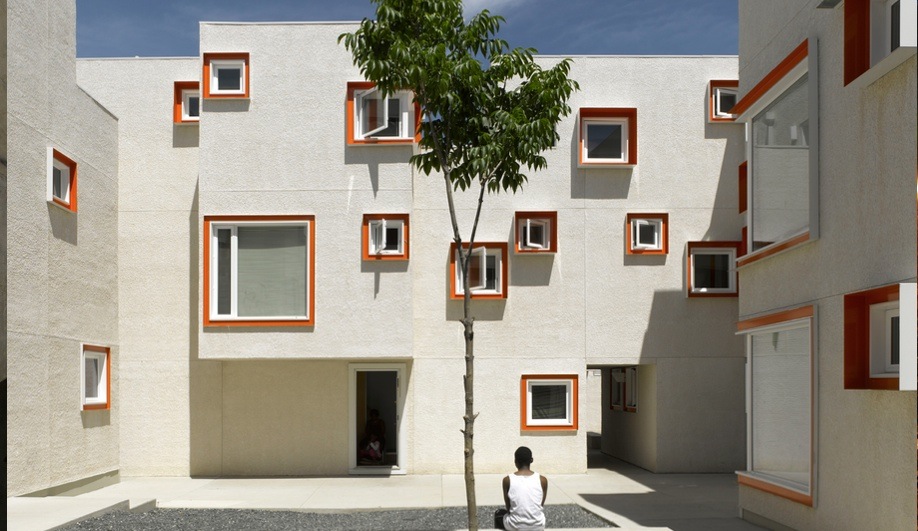 Centre Village is a multi-family residential project in Winnipeg shortlisted for a number of prizes. 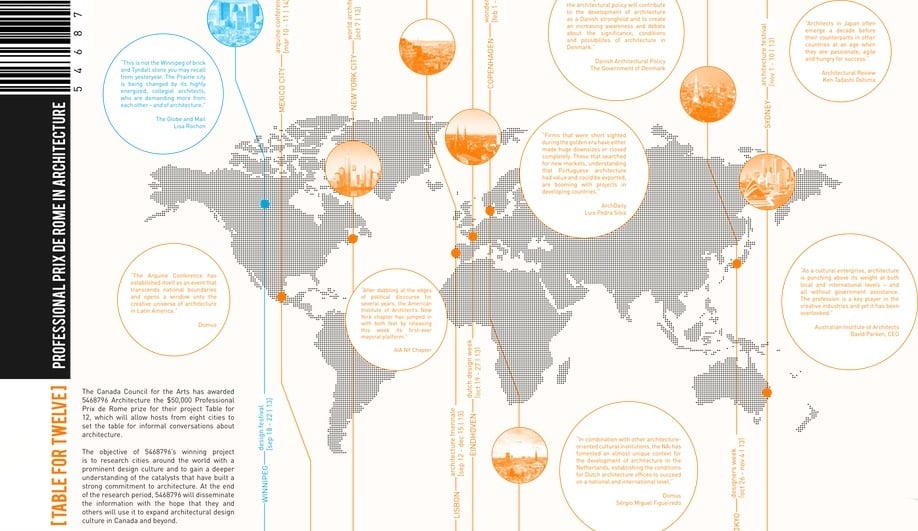 The Table for 12 roundtable discussions will take place during design events in seven cities around the globe. 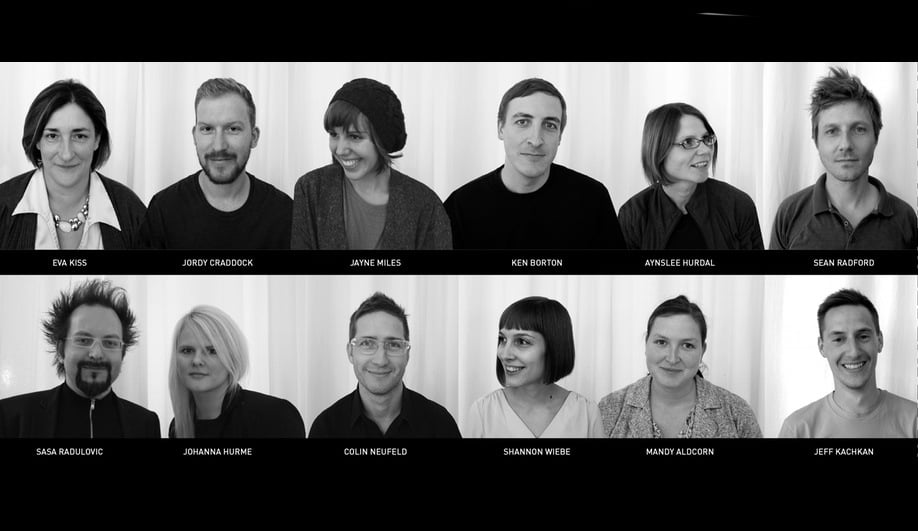 Renowned for such multi-unit housing projects as Bloc_10, and such public architecture as the OMS Stage, Winnipeg firm 5468796 has been garnering praise over the past few years for its influence on the local architectural scene. In 2012, its shone on the international stage, when it curated Migrating Landscapes, Canada’s pavilion at the Venice architecture biennale.

Now the firm has won the Prix de Rome, which will allow it to explore the great things that can happen – culturally and economically – when a city invests in and promotes its architecture and design assets. Their winning concept is Table for 12: A conversation in architecture. It involves identifying one person in seven cities (Mexico City, New York, Lisbon, Eindhoven, Copenhagen, Tokyo, and Sydney) who will host a get-together with architects, artists, clients, journalists, politicians and others.

This dinner tour will coincide with design events in the host cities. It launches at Winnipeg’s Design Festival in September, and ends with Mexico City’s Arquine Festival in March 2014 before returning to Winnipeg. There, in time for the Royal Architectural Institute of Canada’s Festival of Architecture, the firm will release its findings in a book or pamphlet. (Firmer dates for the Table for 12 discussions will be released at a later time.)

The purpose of these roundtable discussions would be to identify the catalysts – whether they be specific architecture firms or government investment initiatives – that contribute to a strong design culture.

5468796’s Johanna Hurme explains that the main takeaway of this information-gathering exercise will be to find out ways to harness Canadian talent, to commodify its design and architecture and to position the country as the next hotbed of architecture and design. “Our goal is to provide real economic numbers, because we’re convinced design is worth the investment and that that investment comes back manifold. We’re hoping we can find case studies and proof to take to take to municipal and federal governments.”

The firm is exploring how to create a platform, through social media and other online avenues, for people to engage in the dialogue throughout the seven-city tour. Also, when we asked if the Table for 12 will also feature a distinct table that will travel around the world for the dinner discussions, it got the firm thinking about collaborating with a furniture manufacturer on such a concept. We’ll keep you posted.