Zaha Hadid Tucks a Masterpiece into a Mountaintop
To the delight of mountain-climbers in South Tyrol, the Messner Mountain Museum is nestled into the top of Mount Kronplatz, its concrete viewfinders arrayed to capture a panorama of the Alps. 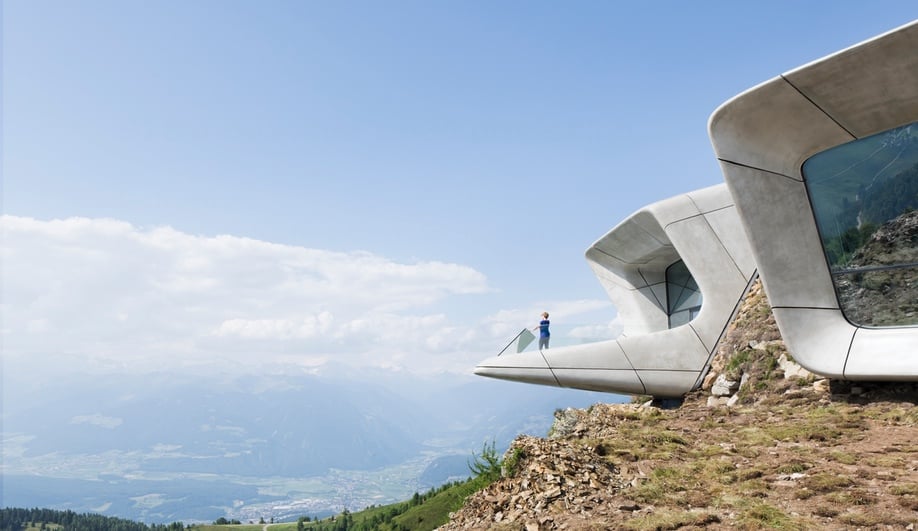 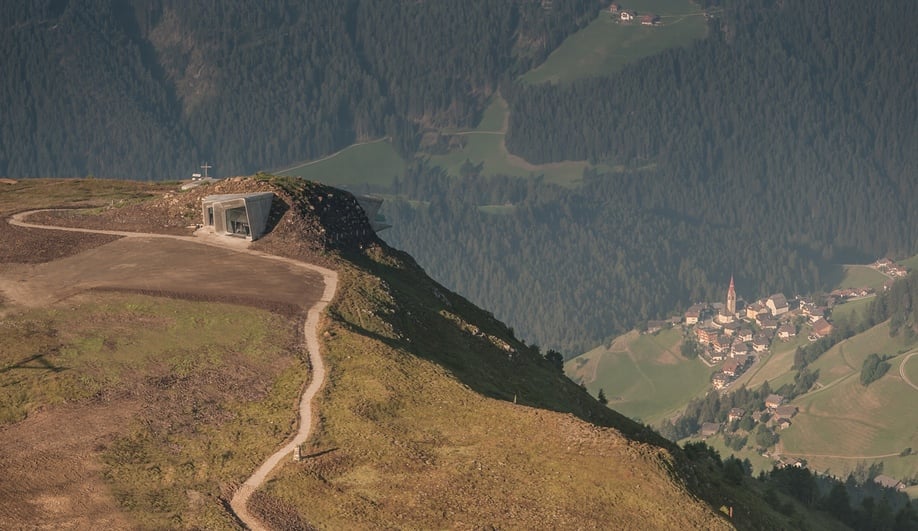 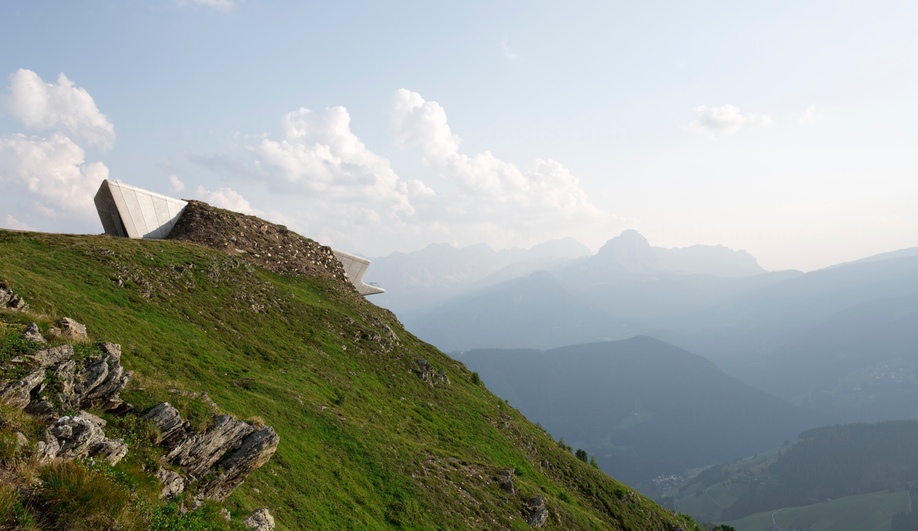 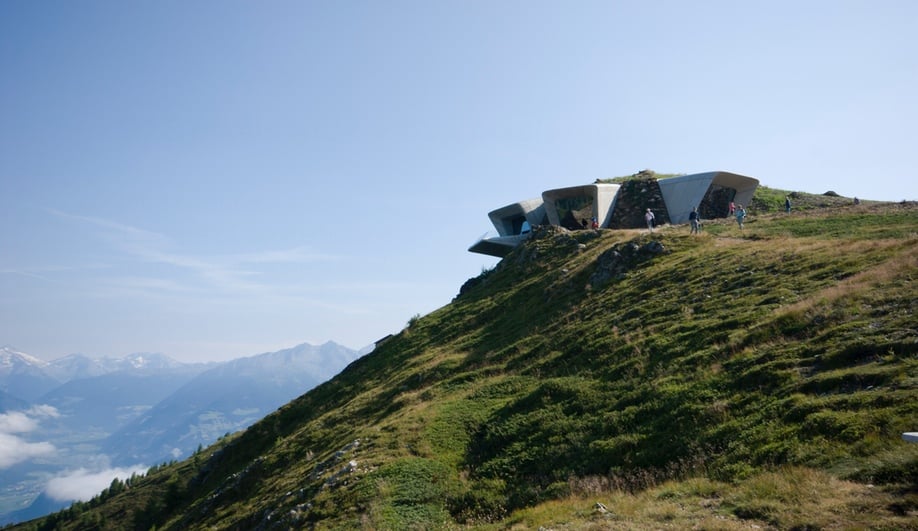 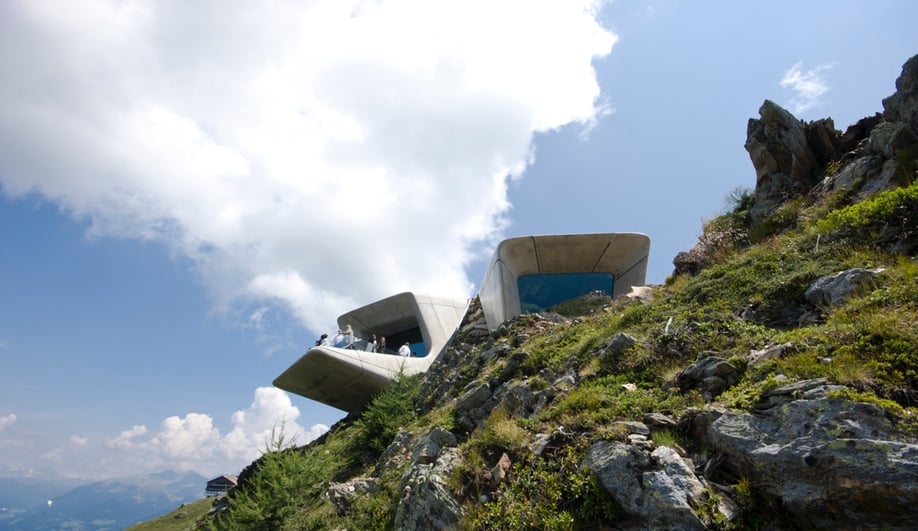 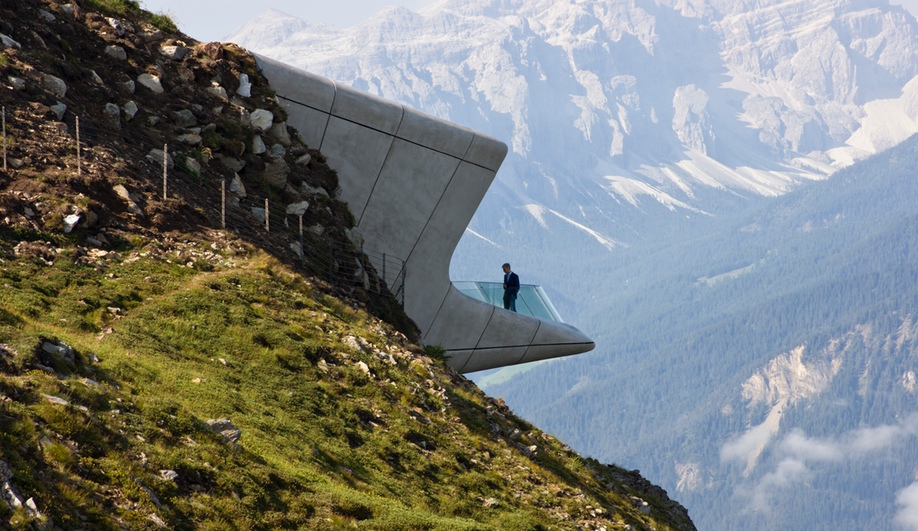 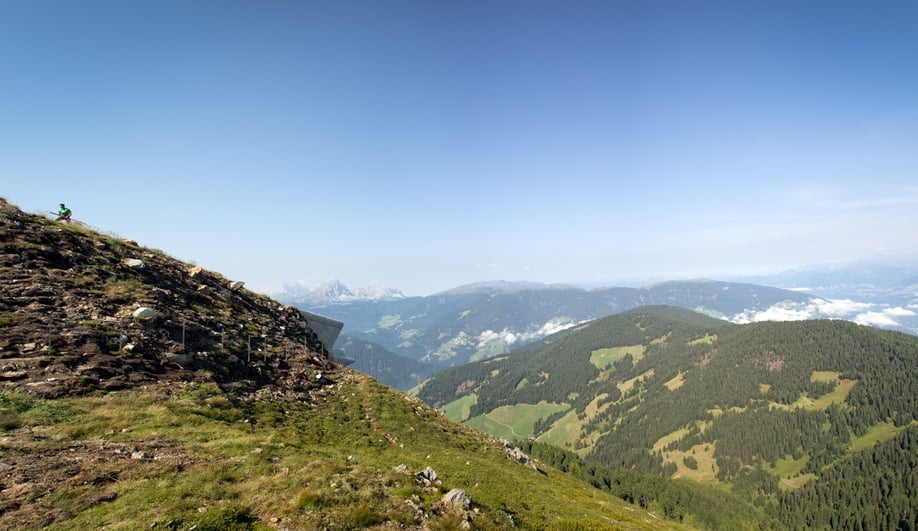 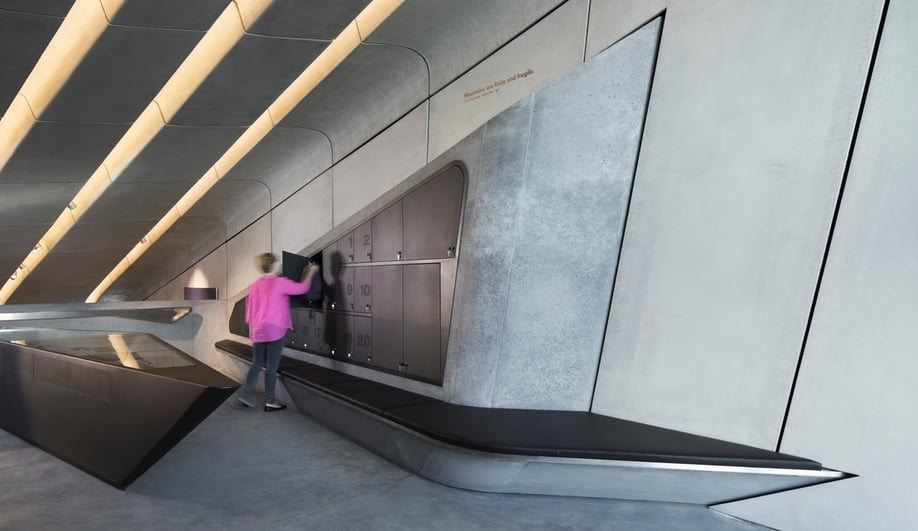 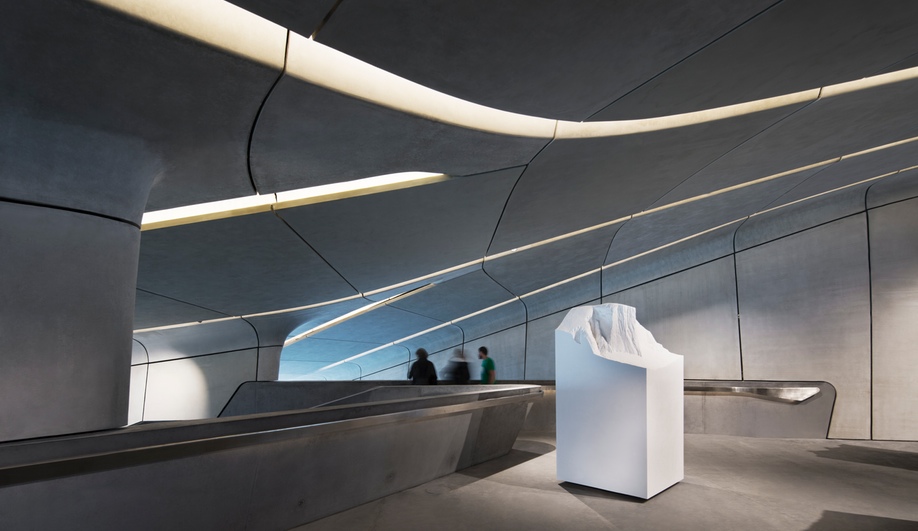 Reinhold Messner is a legendary mountain climber. The native of South Tyrol, an autonomous province of Italy on the border with Austria, started young; his first climb took place when he was 13 years old. Later on, he would become notorious, along with Peter Habeler, for reaching the summit of Mount Everest without the aid of an oxygen tank. He’s the founder of several museums, has written 63 books on climbing, and is an expert on the Zillertal, Ortler and Dolomite mountains that give his home province its sublime, rugged beauty.

Now, visitors to the popular ski resort of Mount Kronplatz can experience his awe through the stunning new Messner Mountain Museum – situated 2,275 metres above sea level – by Zaha Hadid Architects. As Messner says, “The museum is a mirror of the world of my childhood – the Geislerspitzen, the central buttress of the Heiligkreuzkofel (the most difficult climb in my whole life) and the glaciated granite mountains of the Ahrn Valley.”

Four thousand cubic metres of earth and rock was dug up to make space for the building, but then packed in around the museum to partially shroud, contain and insulate its 40-to-50-centimetre-thick exterior walls. The panels that comprise the exterior of the 1,000-square-metre museum were cast in light-hued fibreglass-reinforced concrete, its coloration inspired by the stone of the Dolomites.

Inside, the concrete is darker, to reflect the deeper shade of rock found underneath the summit. Staircases cascade throughout the museum’s multiple levels, lighting recessed into the concrete ceilings chasing the curved contours of every surface. There couldn’t be a more apt application of Hadid’s sensuous, organic lines than in a museum dedicated to capturing the peaks and valleys of the Alps. On the lowest level, visitors can stroll straight out to either of its three viewfinder-like structures, with balconies projecting out six metres to capture a various views of the Alps.

“The idea,” says Hadid, “is that visitors can descend within the mountain to explore its caverns and grottos, before emerging through the mountain wall on the other side, out onto the terrace overhanging the valley far below with spectacular, panoramic views.” Just beautiful.