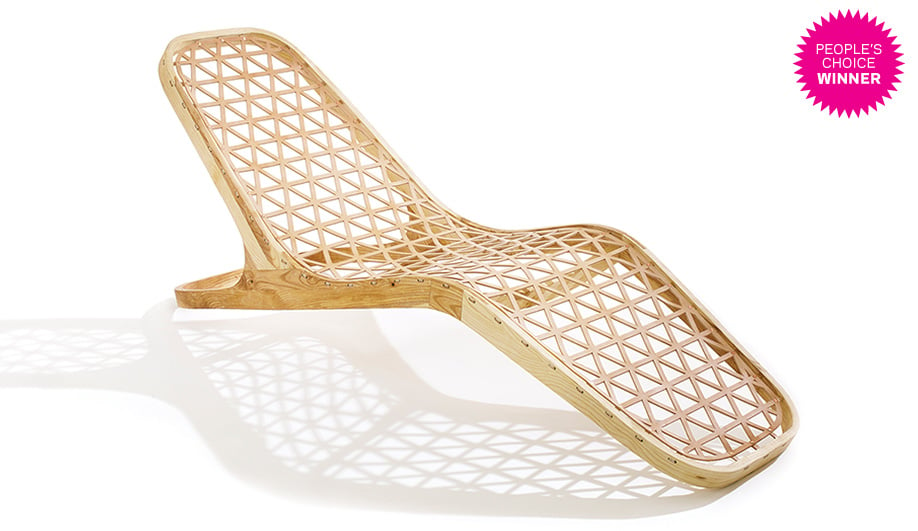 In Toronto, the white ash species is threatened by the emerald ash borer. A furniture maker who has found creative reuse for the felled trees, Miles Keller has designed Kona, a chaise longue that evokes another item typically made from white ash: snowshoes. Named after the Cree word for snow, Kona features a steam-bent frame spanned by leather mesh, which is CNC cut and held in place using wooden wedges and slots, along with copper rivets. ­dystil.­ca

Bikini Island turns seating into a rich landscape, with daybeds, sofas, tables, pouffes – even tubular frames that support curtains and hanging planters -joining like pieces in a vibrant puzzle. It also introduces the multi-purpose furniture popular in flexible office environments to the living room, where it attempts to move family living beyond the mono-sofa layout pointed at a TV screen. Variable heights and configurations enable everything from working to lounging. ­aisslinger.de, moroso.­it 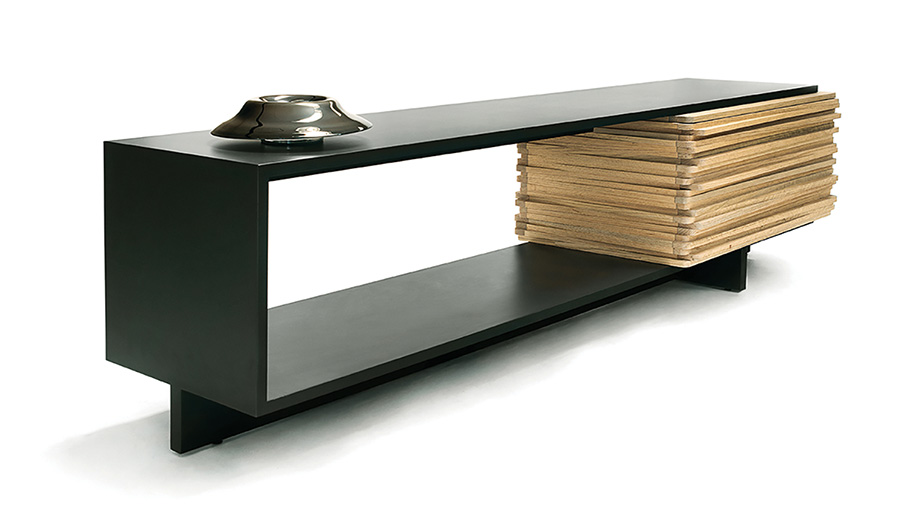 Stack Buffet is a study in contrasts, between light and dark materials, clean and chaotic elements. It was designed in the studio of Hector Esrawe and constructed with three types of lacquered wood: walnut, oak and tazalem. Floating atop a two-piece, cross-shaped base, the console is anchored at one end by a cabinet with two drawers that suggests playfully haphazard stacked trays. ­esrawe.­com 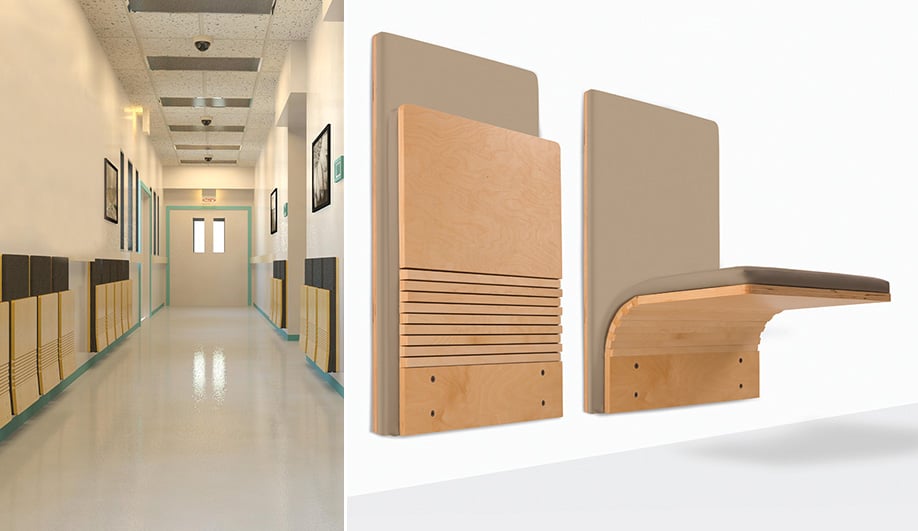 Developed for the health care sector, the JumpSeat Wall folds down to maximize space in busy hospital hallways, patient rooms and waiting areas. The seat is attached to the wall by way of a fixed, reinforced steel plate; and the front panel (a spring steel core beneath flexible plywood panels and slats, covered in a high-density foam cushion) relies on the materials’ tensile strength to support a person’s weight. When not in use, the unit protrudes a mere 10 centimetres from the wall. sediasystems.com, ziba.com 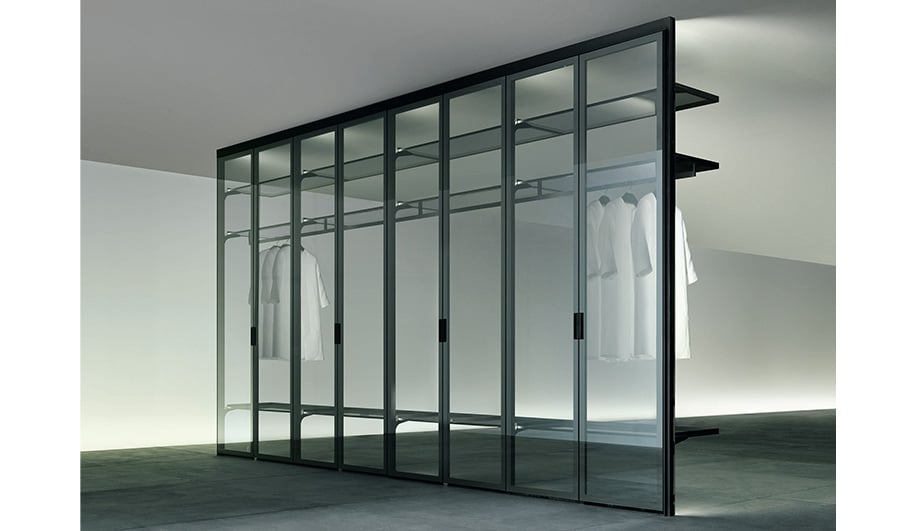 Fronted in transparent or lacquered glass, this minimalist storage system is so versatile that it suits any space, from bedrooms to offices. The supporting structure is secured to the floor and ceiling, and equipped with hinged doors from Rimadesio’s Ecolorsystem collection. These single-tempered glass finishes are available in various water-based paint tones, in glossy and matte finishes, allowing for optimal customization. An LED system illuminates the interior, which is fitted with various fixed modules (hanger bars and drawer units among them) that lend the system an architectural grandeur. bavuso-design.com, rimadesio.com