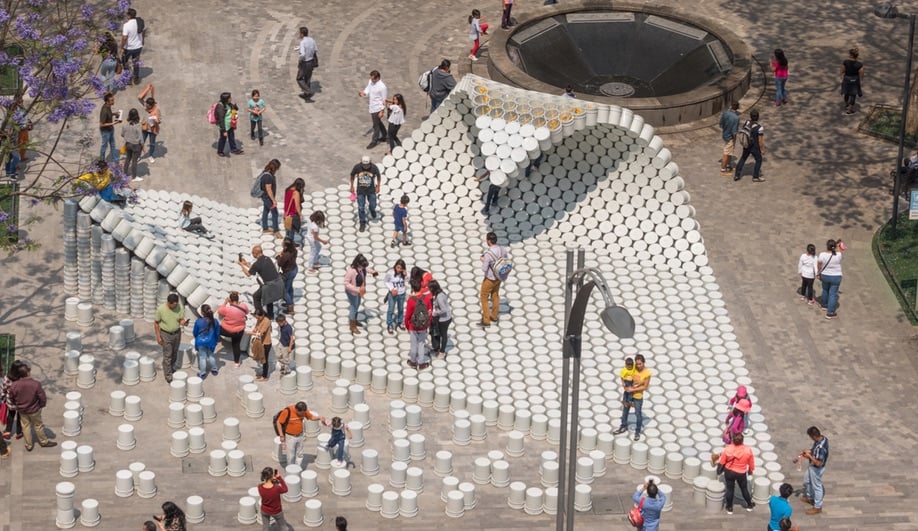 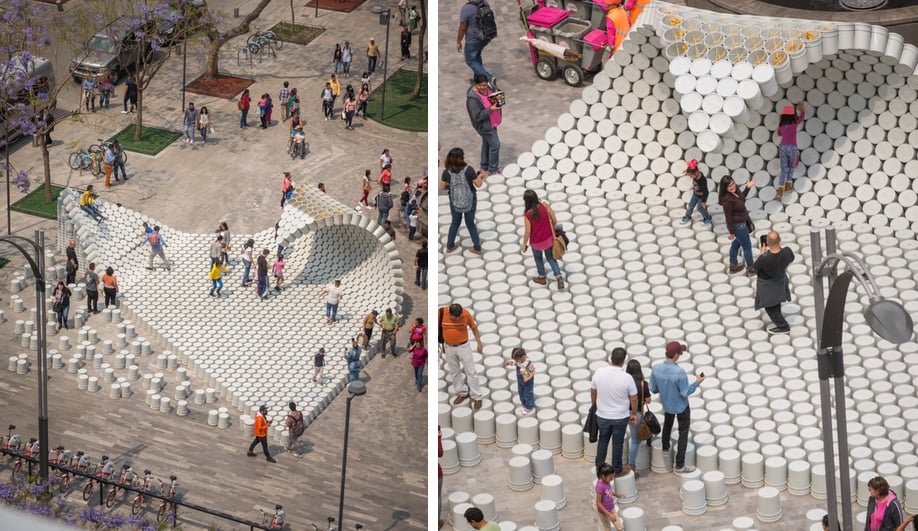 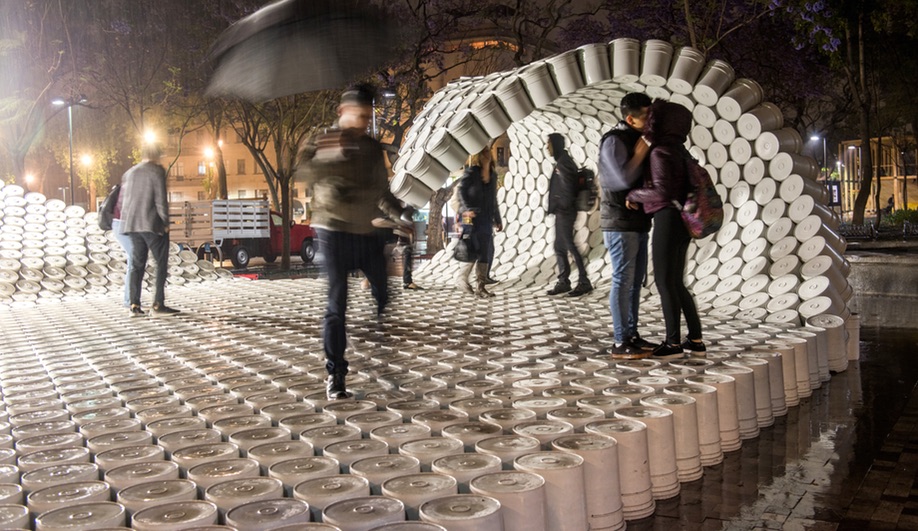 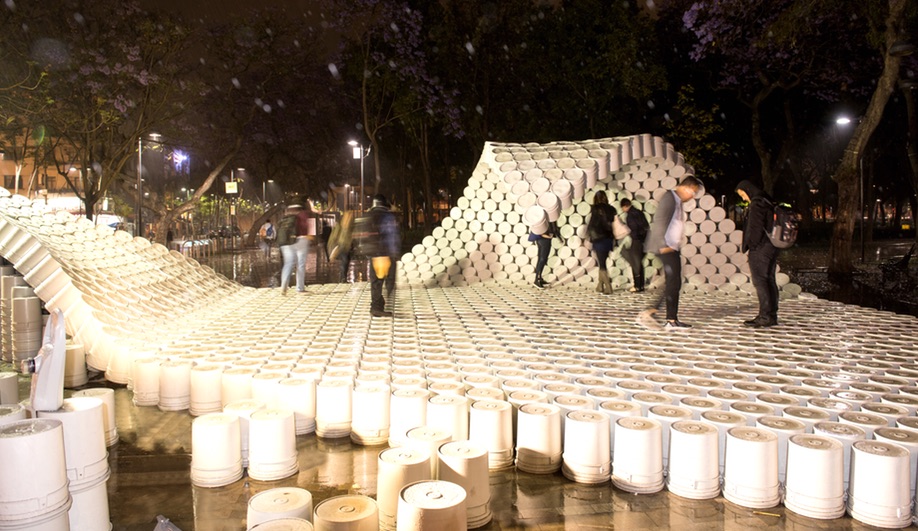 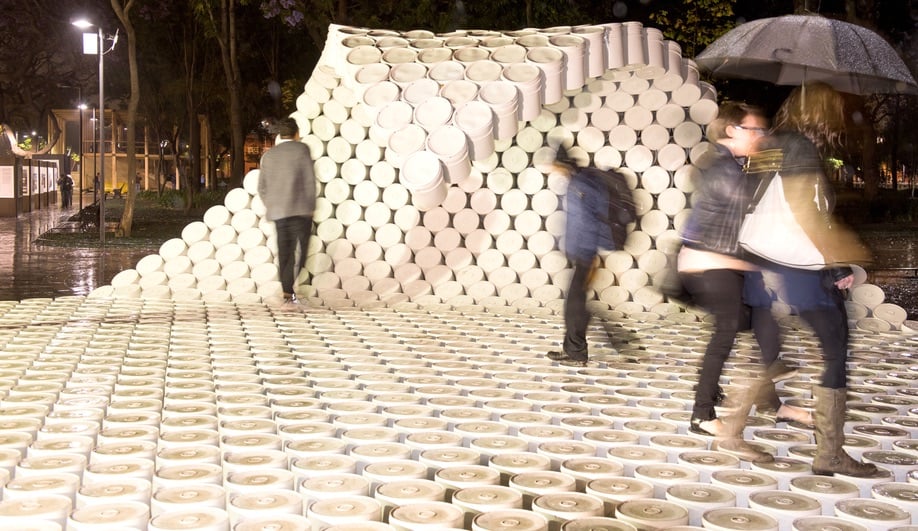 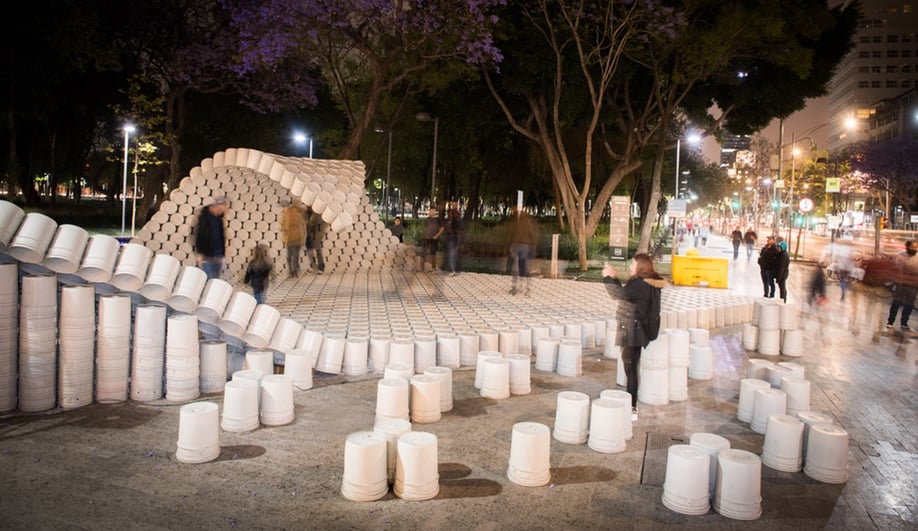 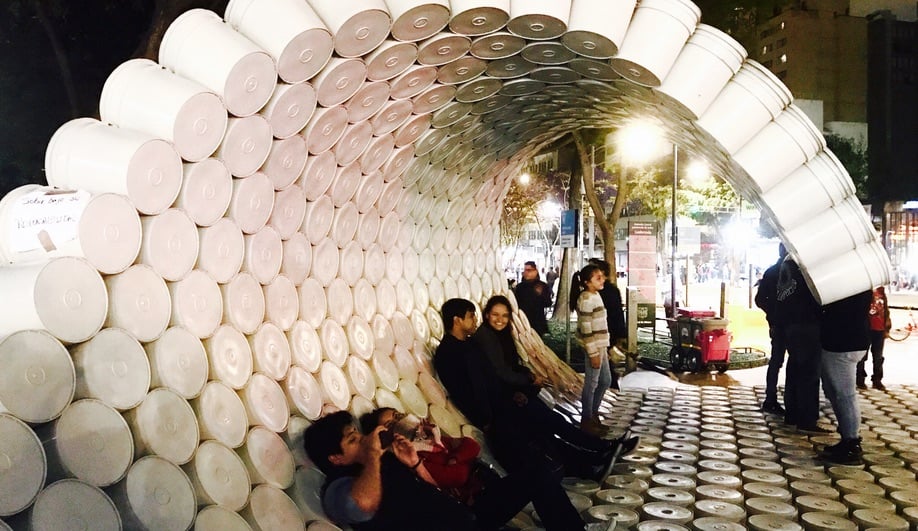 Most of the world’s major cities have problems with traffic and parking. In Mexico City, where the population has more than tripled in 50 years, the demand for parking spaces is overwhelming and for years has been exploited by a duplicitous group of entrepreneurs, known as viene viene (“come on, come on”).

Often bribing the police to turn a blind eye to their illegal enterprise, these scam artists use large plastic paint buckets as makeshift pylons to cordon off their own little parking lots in various public spaces. They then rent the space back to to the public who rightfully own it, and threaten those who refuse to pay.

Winnipeg firm 5468796 Architecture recently teamed up with Mexican firm Factor Eficiencia to call attention to this illegal practice with a playful pavilion. One Bucket at a Time, installed in March during Mexico City’s four-day architecture festival Mextropoli 2017, is a lighthearted way to draw attention to the friction that has resulted from the parking shortage and the criminal activities that have resulted.

Built from the same white plastic buckets that the viene viene use to hijack public space, the pavilion comprises a triangular platform, held together with a yellow rope grid. This flexible base is lifted at two of its three corners, creating a curling wave and a pointing ramp. In place at Central Alameda Park for three days before gradually being disassembled, the platform and its varied angles encouraged running, sitting, jumping, and lounging. And hopefully some new thinking about how the city could accommodate the needs of 4.5 million commuters.