A Photographer’s Studio With a Message
One of Toronto’s top motion and still photographers, Shin Sugino of Sugino Studio, has expanded his work environment with a 200-square-metre addition by KPMB sporting a provocative facade. 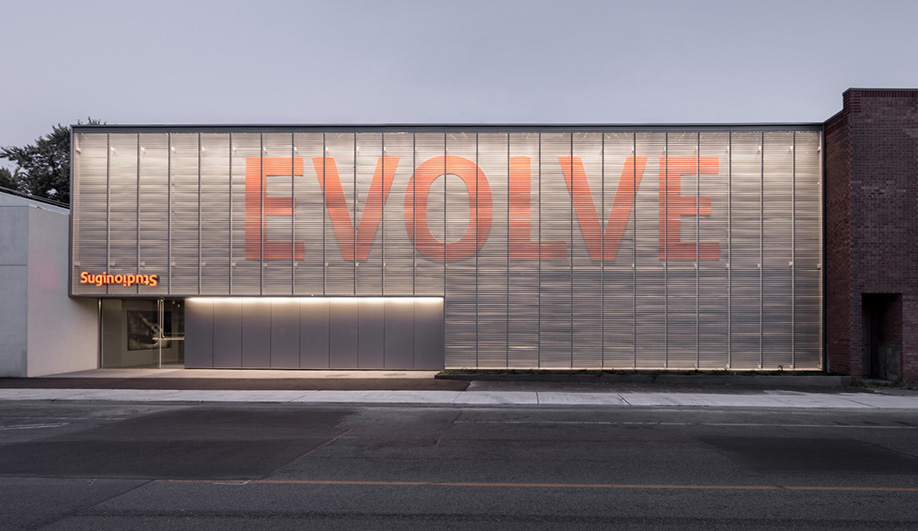 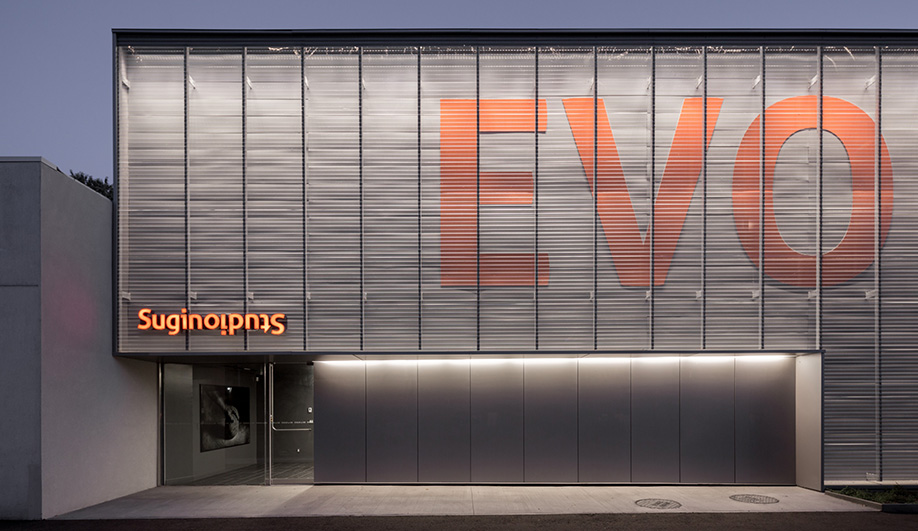 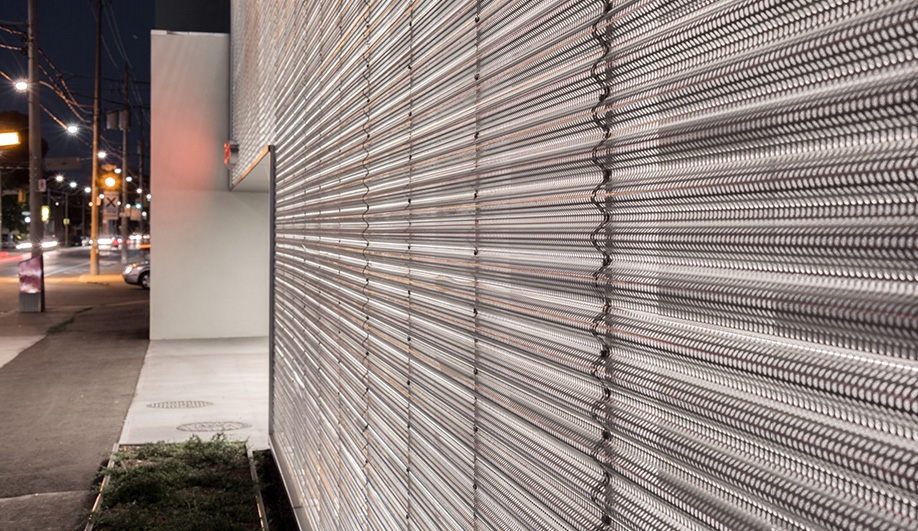 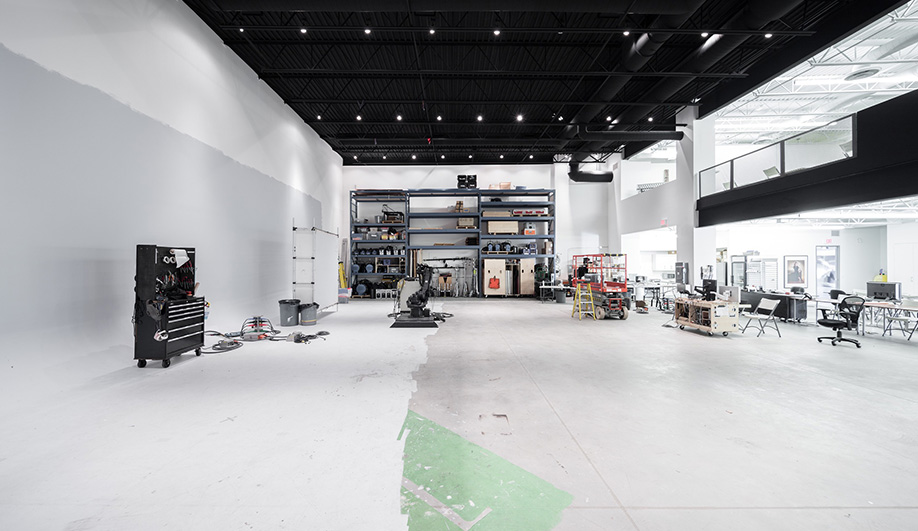 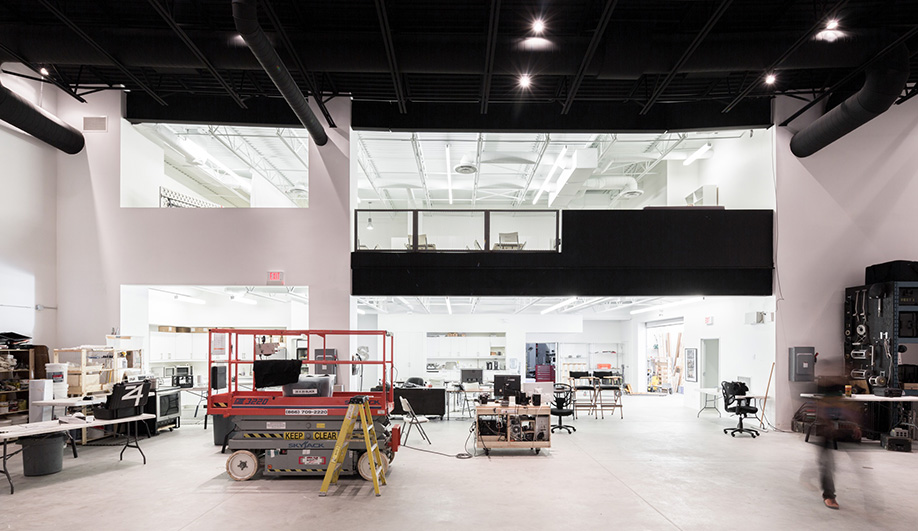 “Evolve or die” is one of Shin Sugino’s life mottos. And its first word has been writ large on the front of his newly expanded studio space, located along a rather scruffy part of Toronto’s east side.

Designed by local firm KPMB, the project is modest in most regards – a shed-like form painted industrial grey and with only minimal additions like a glass door and a narrow garden bed out front. But it’s the contrast of those big orange letters across the facade and the surrounding neighbourhood that works so well.

This smattering of forlorn streets is home to a mix of industrial, residential and commercial enterprises, among them massive motion-picture studio lots and the Weston Bakeries factory. Worn-looking postwar houses reside here, too, as does Gale’s Snack Bar, which still serves a $5 lunch.

With such a mash-up of building types, Sugino’s super-graphic signage reads as both social commentary on urbanism and inspirational message. Not surprisingly, many people have been mistaking the studio as a nightclub.

From the start, Sugino was interested in creating a sense of motion with the facade, to reflect the studio’s main occupation of shooting television commercials for such brands as Tim Horton’s and BMO. To do that, KPMB principal Shirley Blumberg, along with architects Andrea Macaroun and Glenn MacMullin, came up with a low-cost option.

Each of the metal letters is bolted into place within a 30-centimetre gap between the outer wall and corrugated zinc screen made by Vicwest. During the day, the lettering is barely noticeable, but at night LEDs along the roofline illuminate the graphics, creating a rippling moiré effect that you can observe when walking or driving by.

As for the “or die” part of the motto, Sugino decided to keep his messaging positive. Only when you reach the front door do you notice the full version of the phrase has been etched into the glass in much smaller letters.