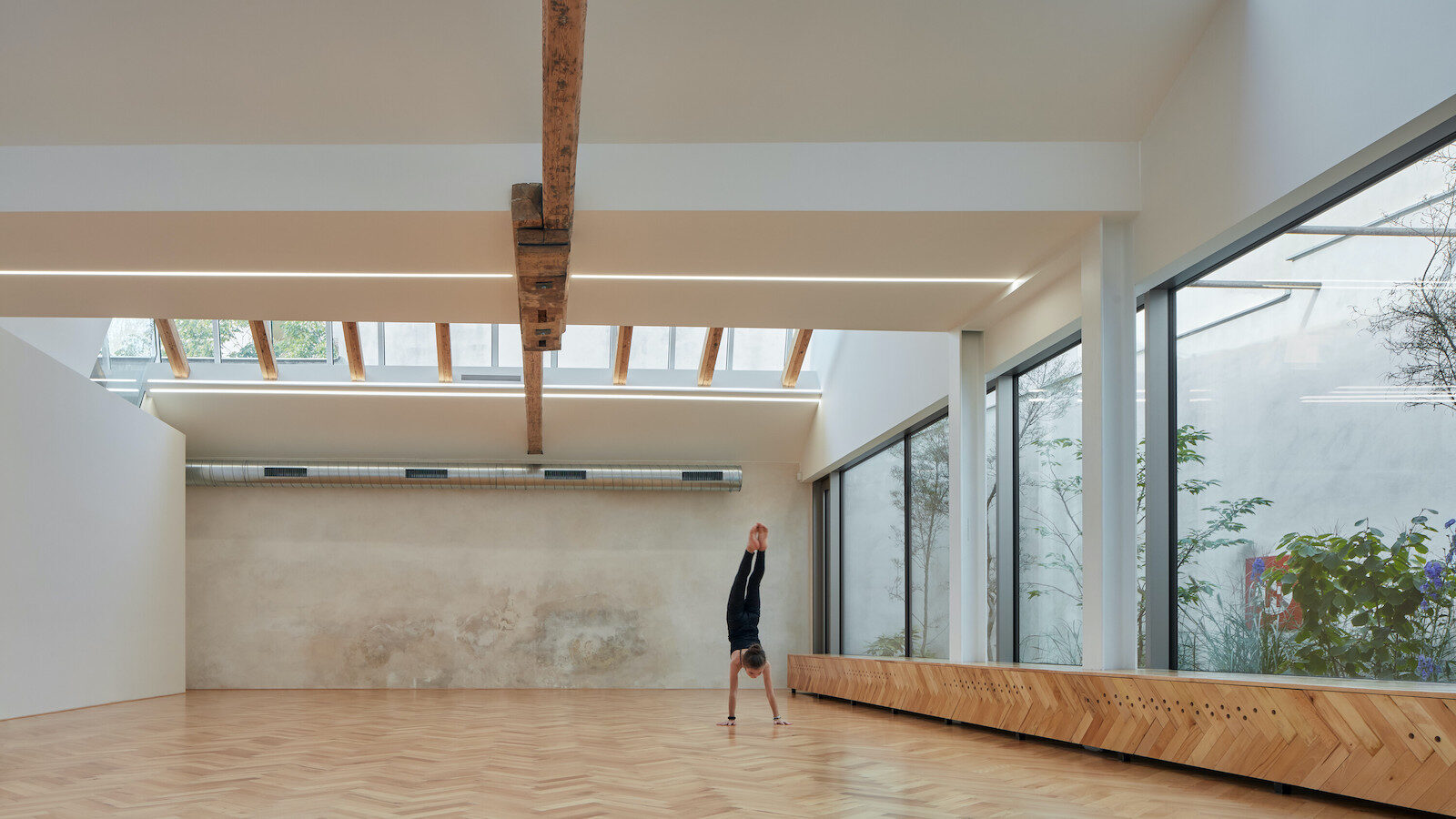 A former warehouse becomes a verdant mixed-use hub of art and recreation.

Brno is a city of big urban blocks. Outside its compact historic core, the Czech mini-metropolis — second only to Prague in population — unfolds in meandering avenues and narrow side roads, framed by a mid-rise streetwall. But there are surprises on the other side of the sidewalk, with varied mid-block milieus of quiet green spaces and secluded inner buildings. Case in point: Just north of the city centre, a light industrial building has been artfully transformed into a yoga studio and art gallery. 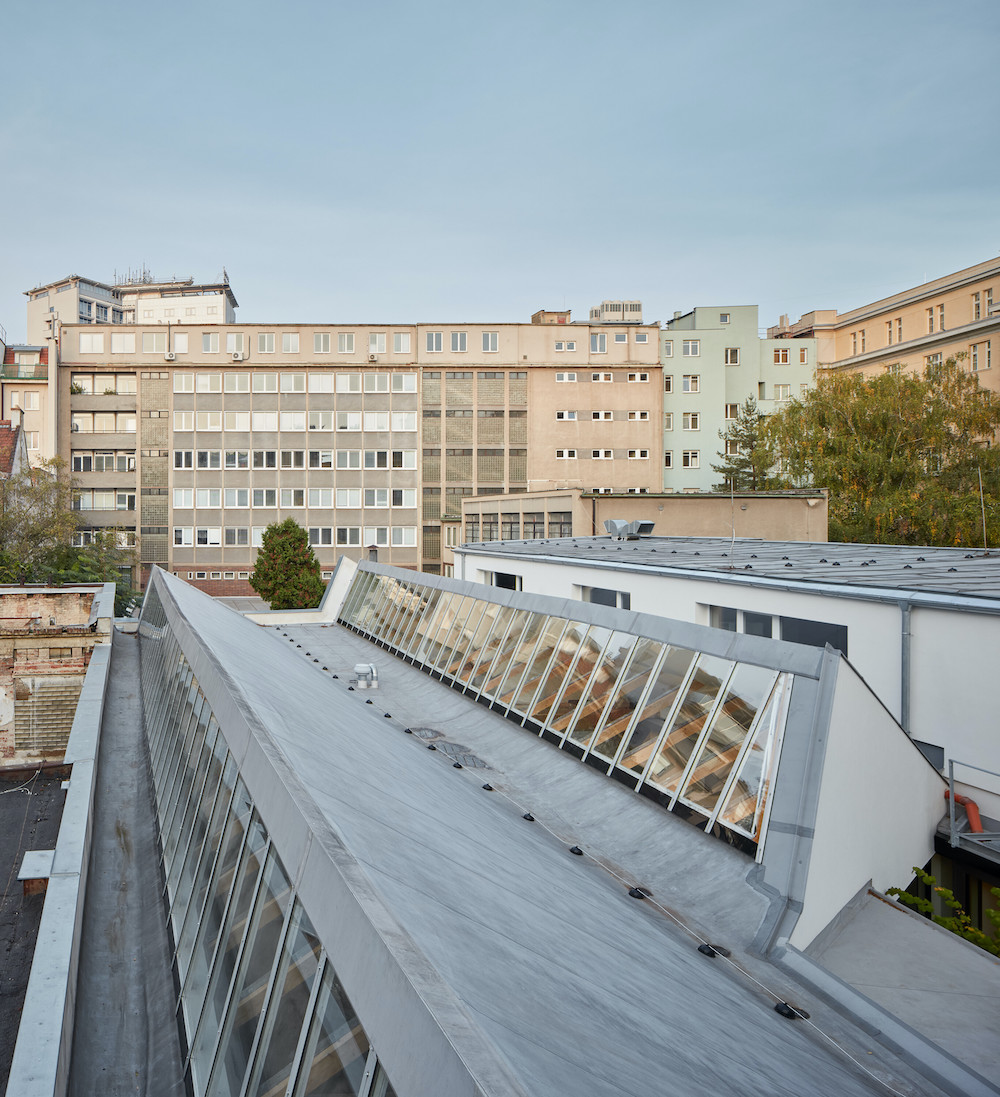 Designed by Polish and Czech studio RO_AR Szymon Rozwalka, the recently completed project creates a tranquil, light-filled space from the remnants of a 20th century warehouse. Once part of a larger complex — most of which had already been demolished — the remaining edifice was sensitively adapted into a recreational and cultural hub that celebrates its architectural heritage. 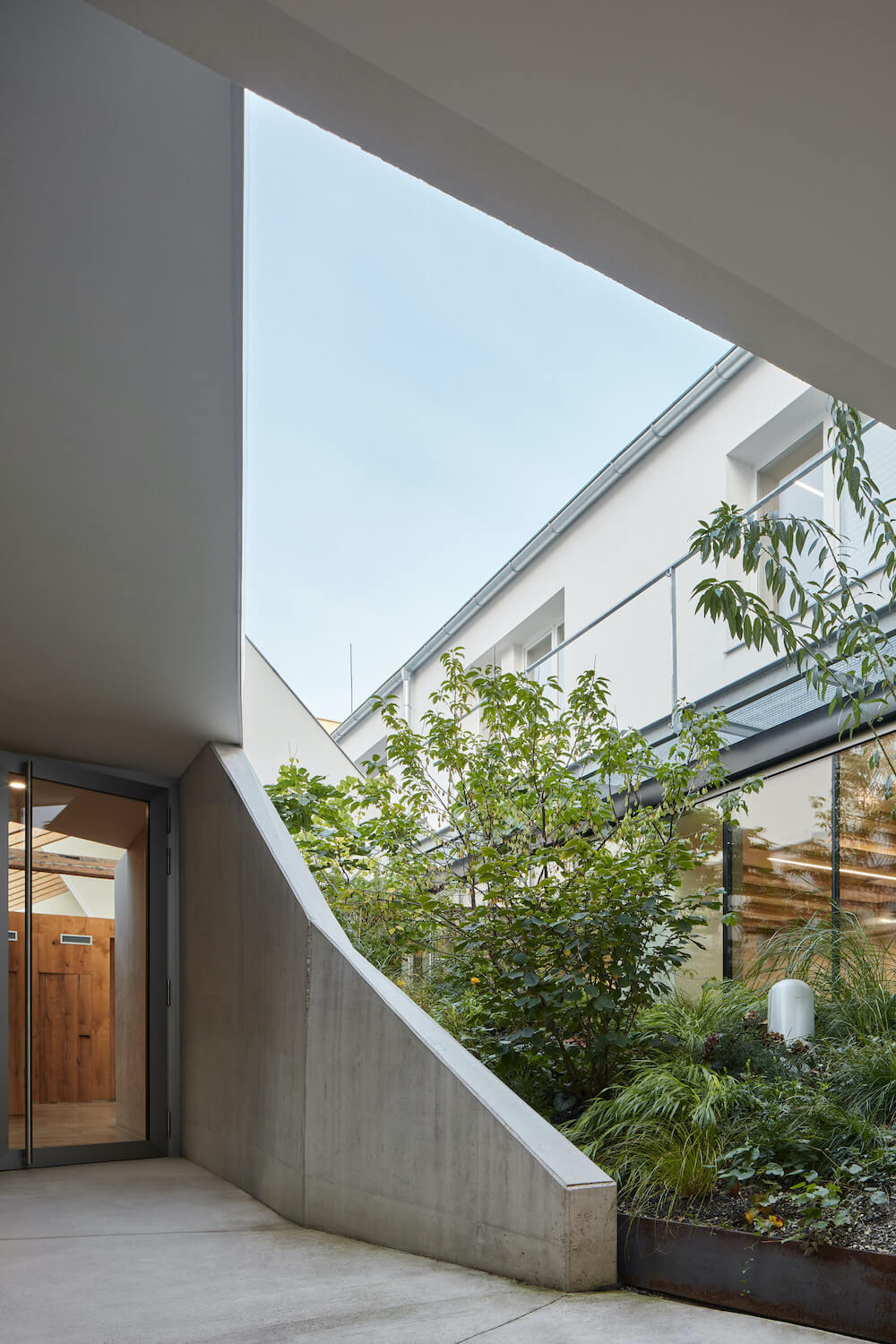 The 600-square-metre project’s dual program entailed a balance between openness to the city and a sense of privacy and seclusion. Immediately past a shared entry hall, the small, elegantly spartan art gallery is the building’s public face, with the larger yoga studio’s two spaces — one heated, one room temperature — facing a pair of verdant inner courtyards carved out of the old building. (Upstairs, a pair of offices and a live-work space occupy the smaller second storey). 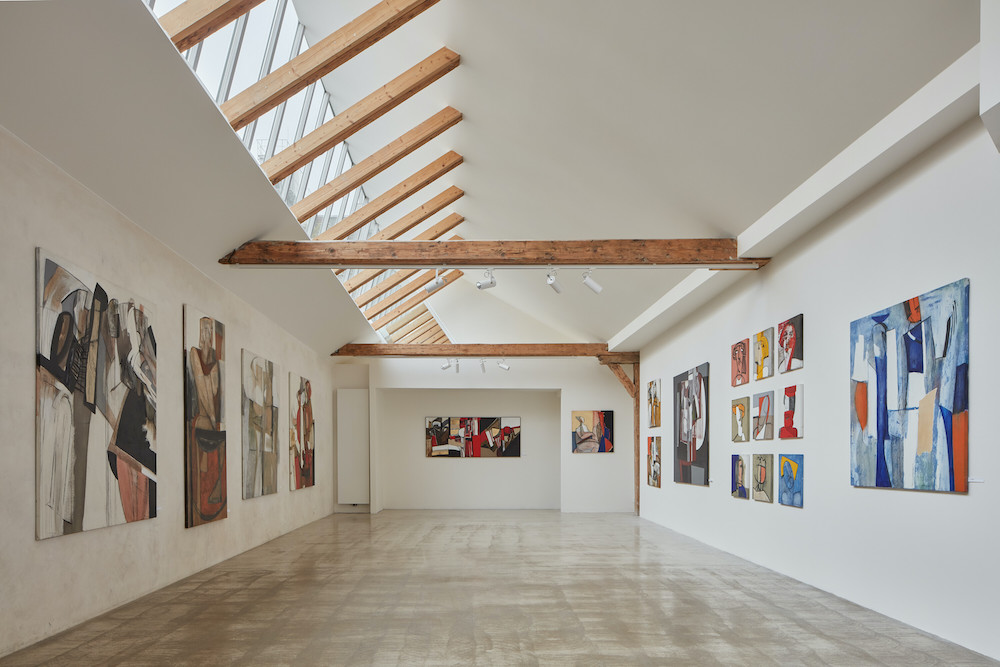 “Wherever the existing building obstructed us, we decimated and transformed it,” RO_AR explains. “We demolished fragments of it in order to create new gardens, we demolished pillars in order to enlarge the space, we ripped out its innards to give ourselves the freedom to create something new.” 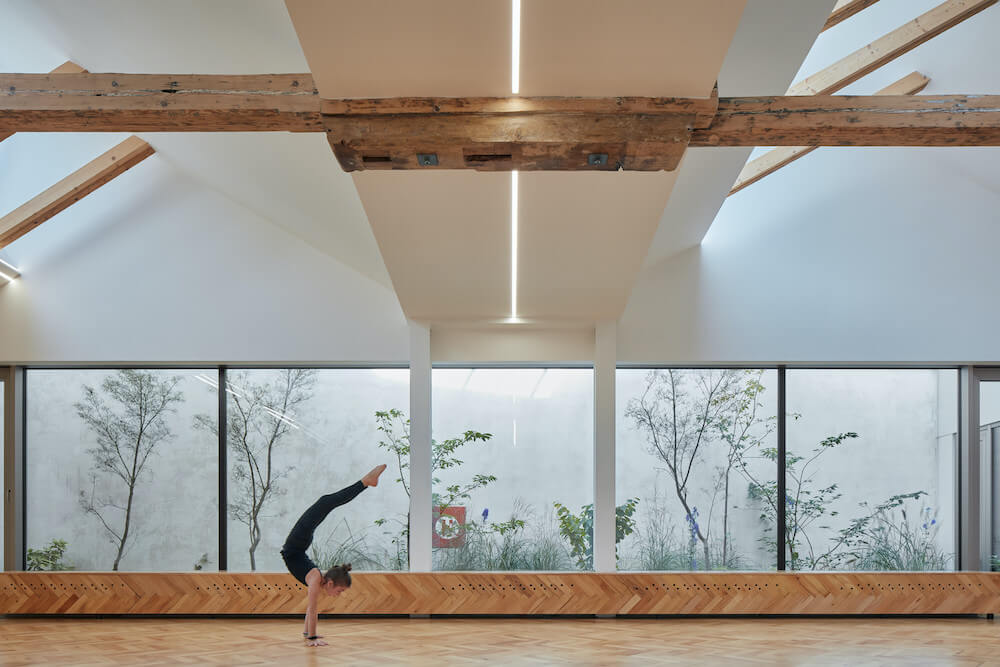 While the architects carefully modified and selectively demolished parts of the concrete structure, the thoughtful design approach also embraced the building’s character. 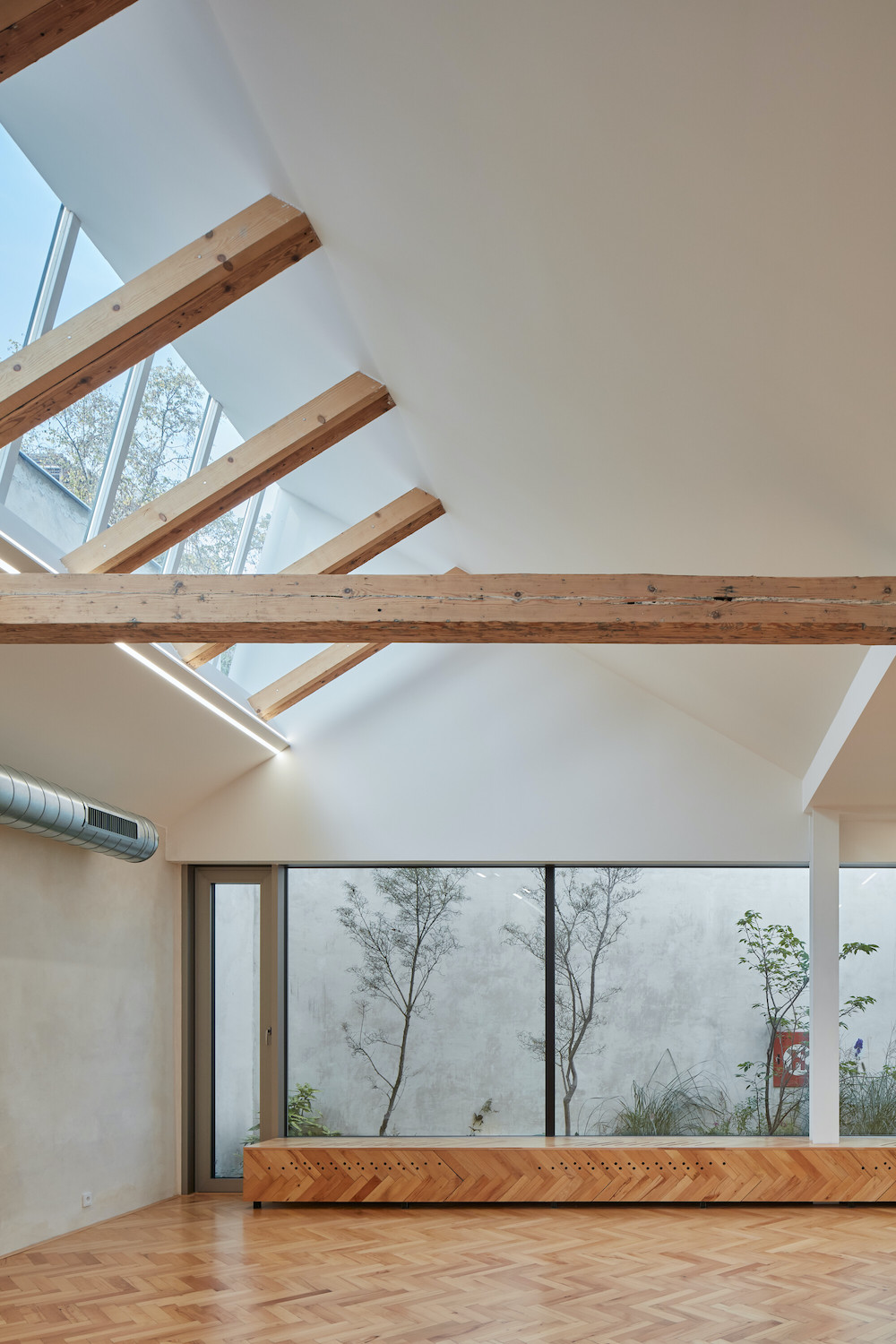 “We merely renovated the old skylights, carefully cleaned the construction beams and timbering, but left all the traces of wear and tear,” note the designers. “Some of the plasters in the interior were only partially cleaned, and still show signs of the original damage.” 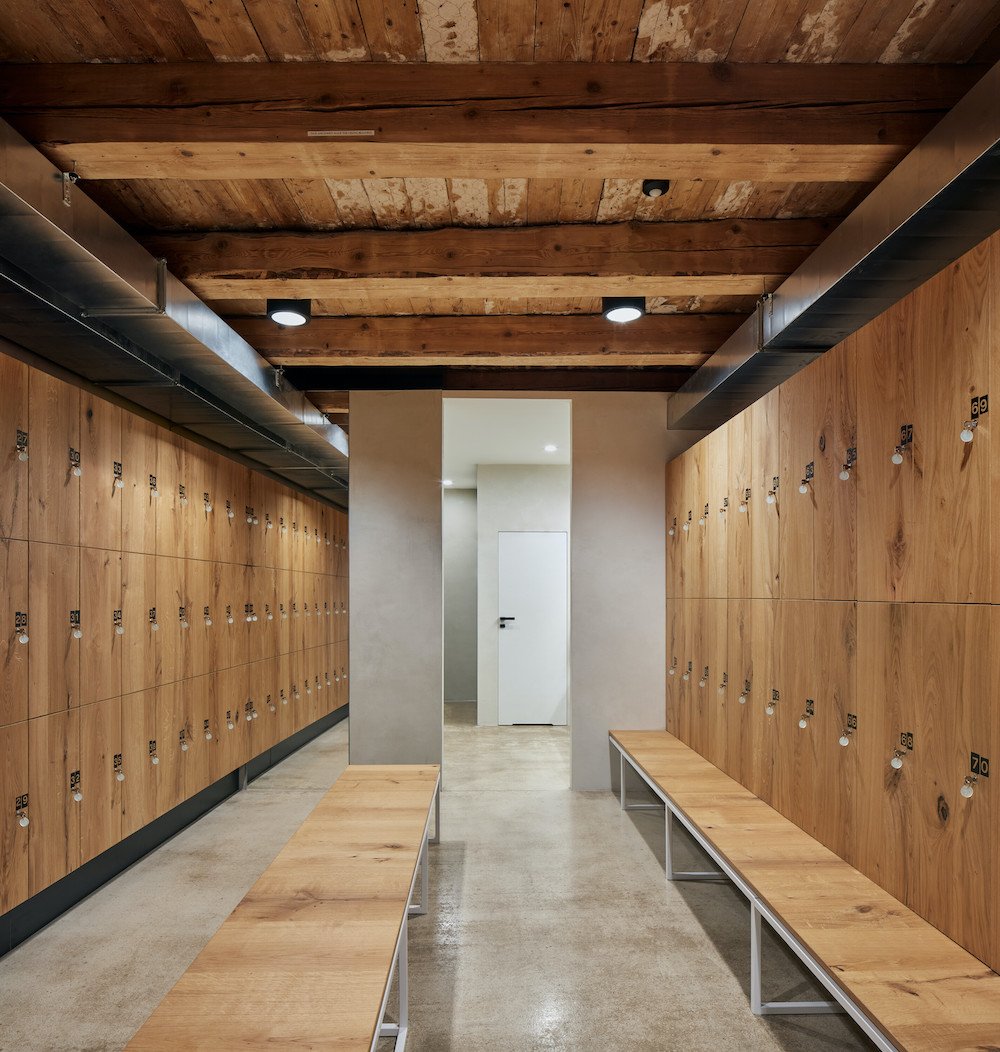 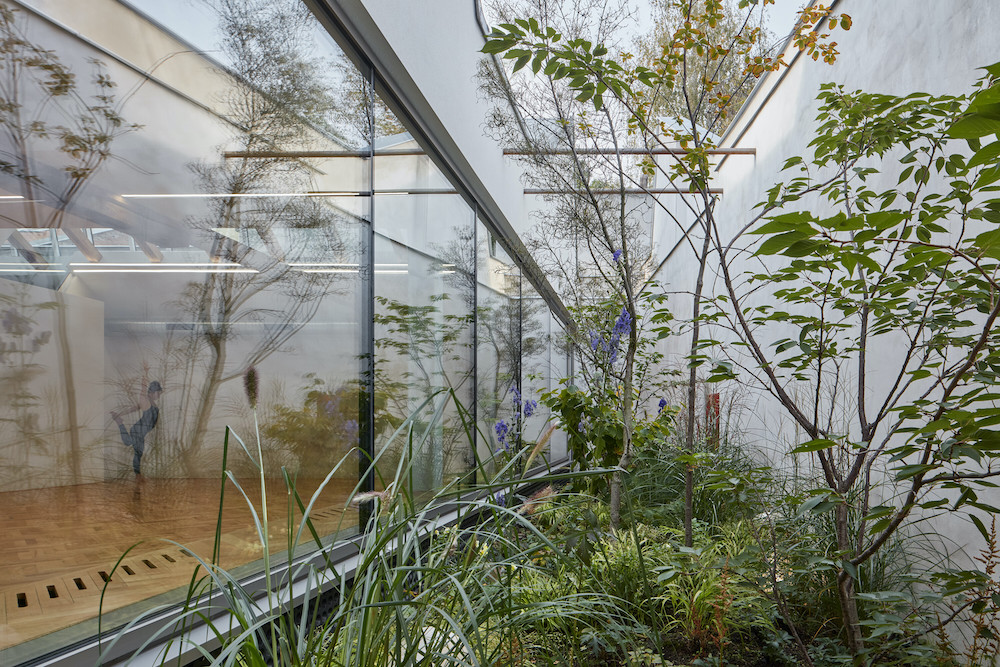 Along with retained plaster, concrete and wooden beams, artfully detailed wood finishes round out the yoga studios, with the boiserie taking centre stage in the change rooms. Facing secluded courtyards, the spare yoga studios emphasize a connection to greenery and nature, nurturing a contemplative, tranquil retreat out of an industrial shell. 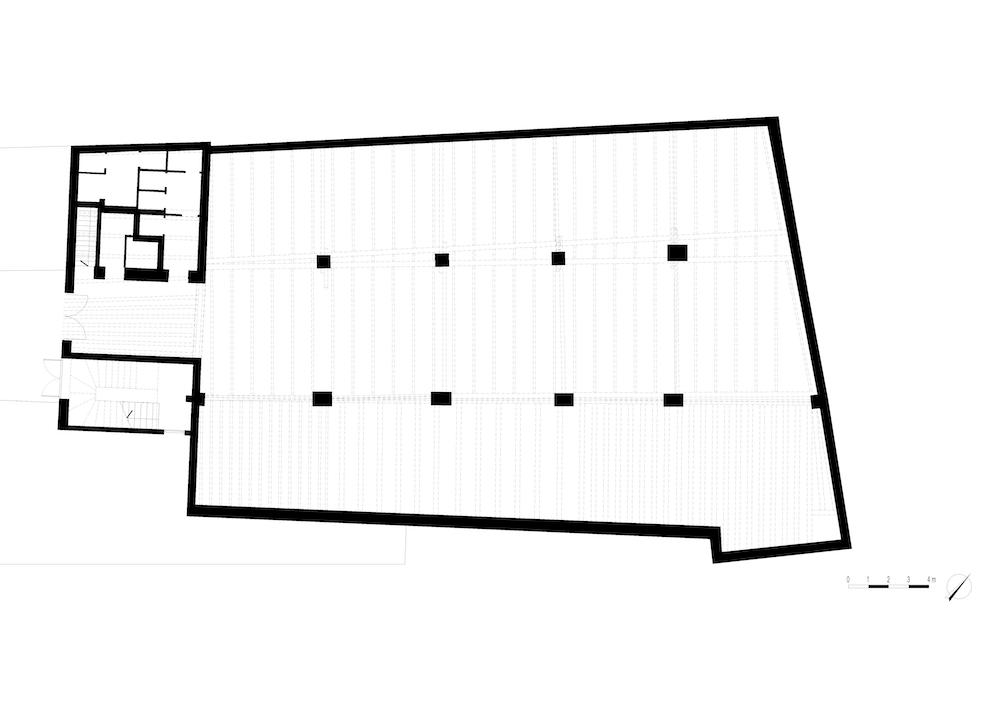 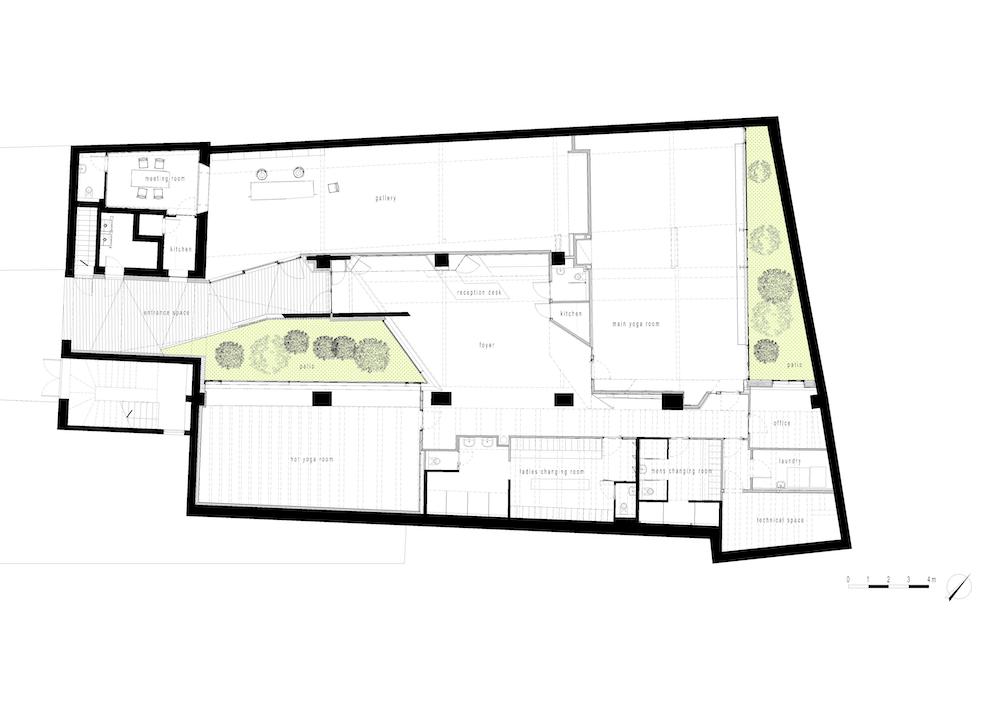 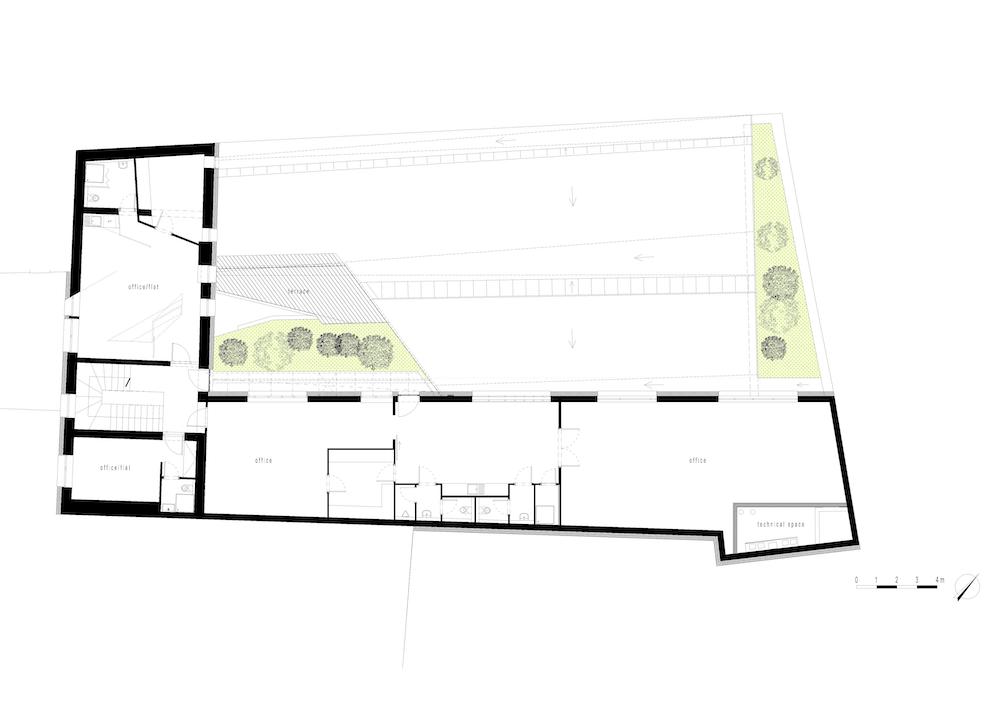 A former warehouse becomes a verdant mixed-use hub of art and recreation.