Aberdeen City Garden project proposal announced
Concrete pathways that double as the framework for an ampitheatre are sure to lure visitors to the Scottish city's new urban park. 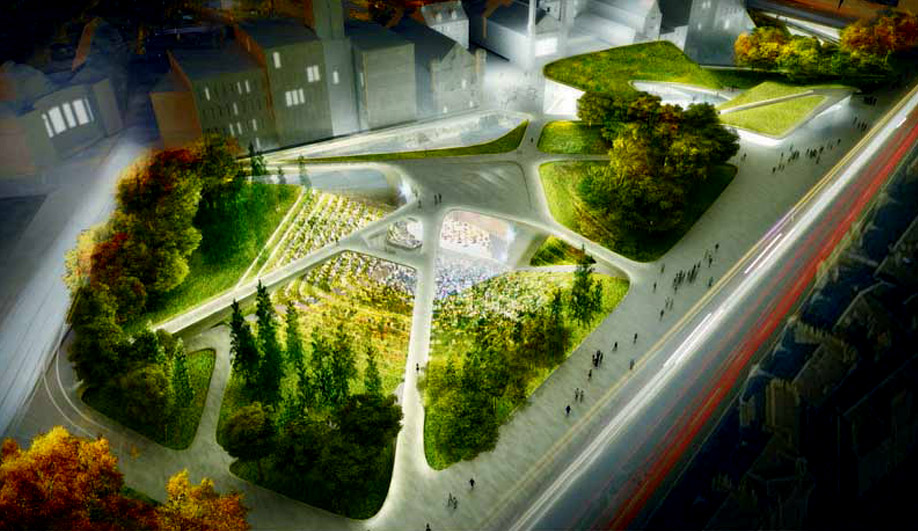 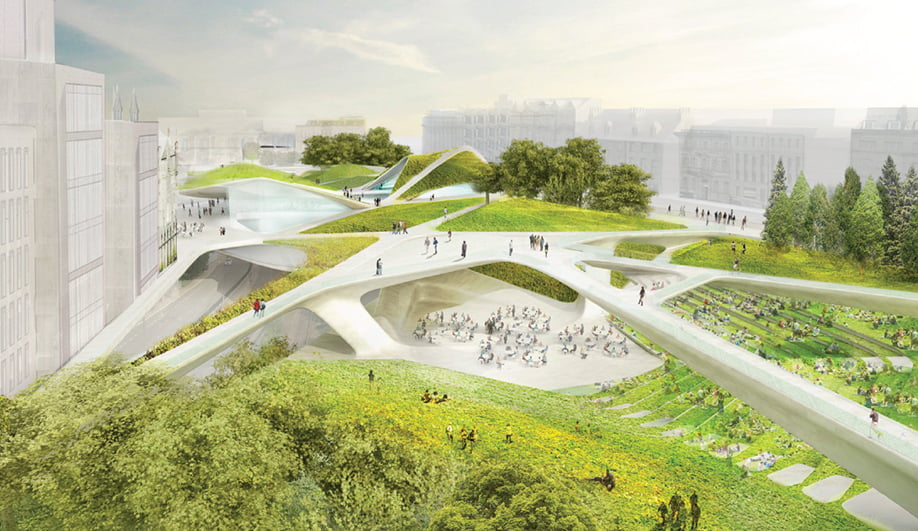 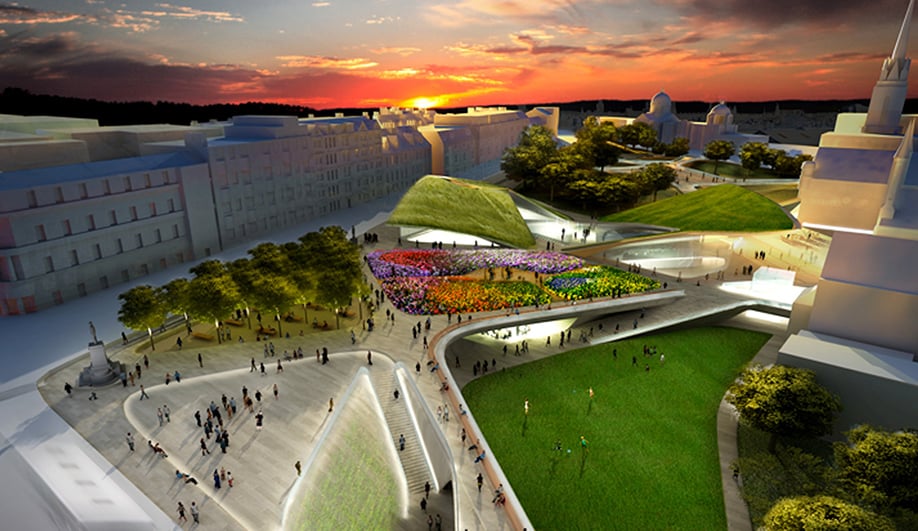 Diller Scofidio + Renfro, along with Glasgow’s Keppie Design and Philadelphia’s Olin Studio, have unveiled a new project set to revitalize one of Aberdeen’s downtown parks. Called Granite Web, the plan calls for a natural dialogue between the new recreational space and city dwellers via pedestrian pathways and multi-functional architectural elements. The ambitious proposal beat out other top-notch firms, including Foster + Partners, Mecanoo, Snøhetta and West 8.

Today, the park at the centre of Aberdeen is a narrow, recessed green space that’s unusable due to its uneven terrain, and its isolation from the surrounding city by a perimeter of bridges, stone walls and multiple-lane roadways. Though beautiful, its lack of accessibility and steep sides make it something to be walked around rather than through. Charles Renfro, partner in charge at DS+R, described the proposed improvements in a statement: “While the City Garden is at the heart of Aberdeen, that current heart has little pulse. We feel that we can make it throb and bring life and energy into the centre of town.”

To accomplish this, the team’s first move is to redefine the park’s borders by removing barriers. It also pushes a section of Denburn Road underground, allowing the greenery to reach right up to existing buildings. Currently those buildings are cut off from the park. In addition to doubling the park’s current size to 26,000 square metres, the plan also adds 100 more trees (totaling 186) and creates 2,421 square metres of garden space.

The scheme also calls for a series of crisscrossing pathways that, rather than ramping down into the recessed park, will soar above. This dramatic framework creates unique spaces for an indoor theatre and a 5,000-seat amphitheatre. Its roof reaches the height of the streets above, providing walkable routes for people to zip quickly from one end of the park to another.

If the project receives the support of the Aberdeen residents – a referendum on the proposal is scheduled for March—construction could be complete by 2016.

SHARE
Twitter, Facebook, LinkedIn, Pinterest, Email
TAGS
Green Design, Industry News, Landscape,
AZURE is an independent magazine working to bring you the best in design, architecture and interiors. We rely on advertising revenue to support the creative content on our site. Please consider whitelisting our site in your settings, or pausing your adblocker while stopping by.