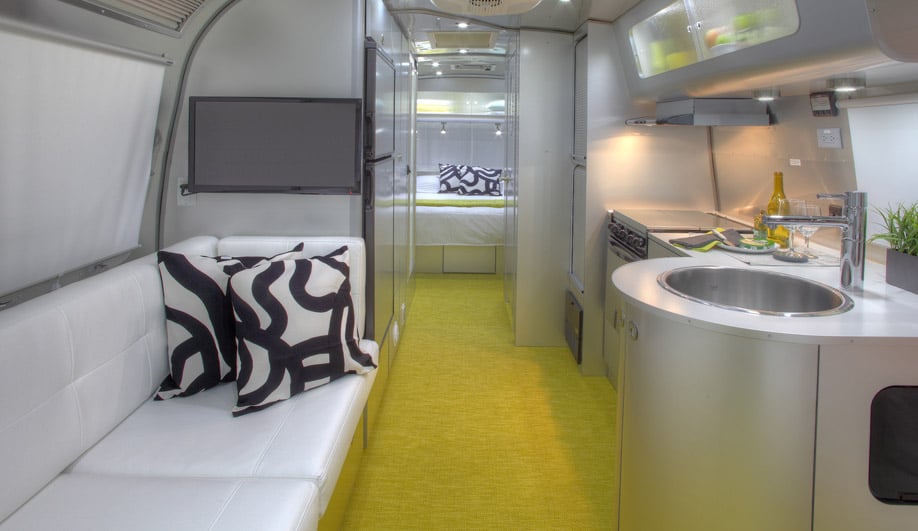 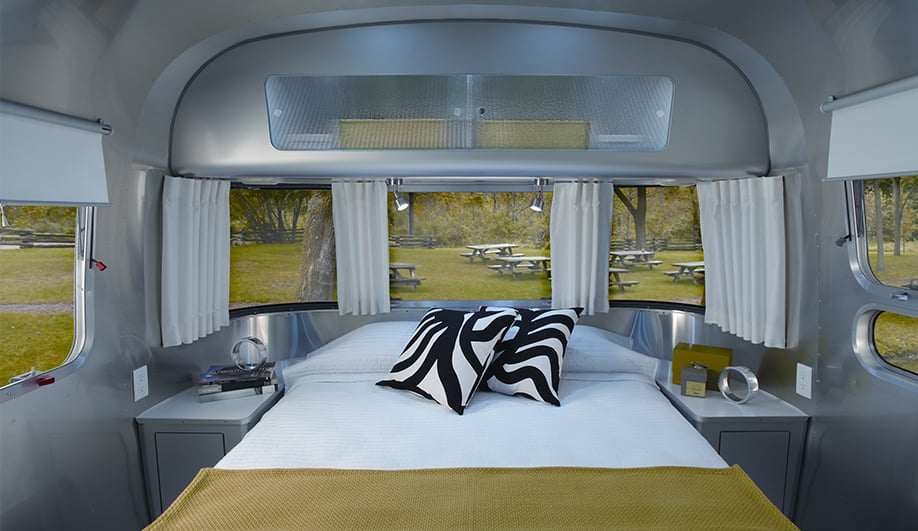 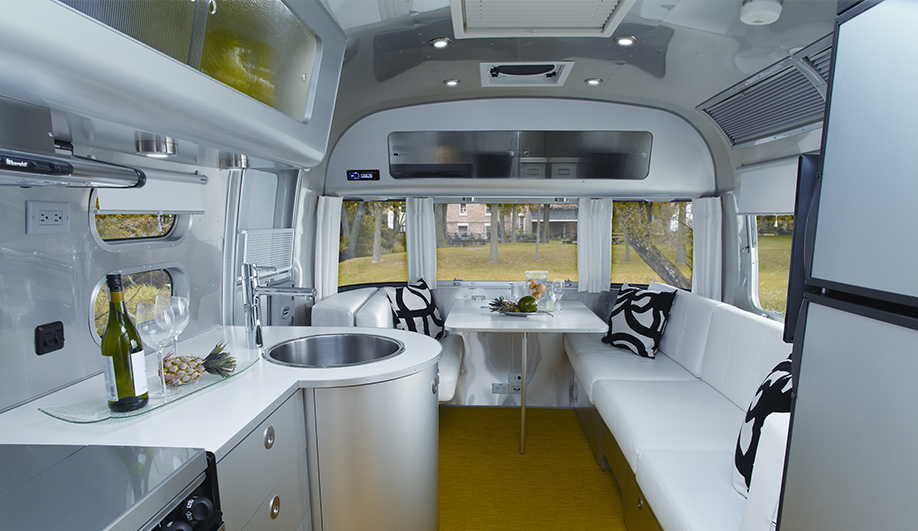 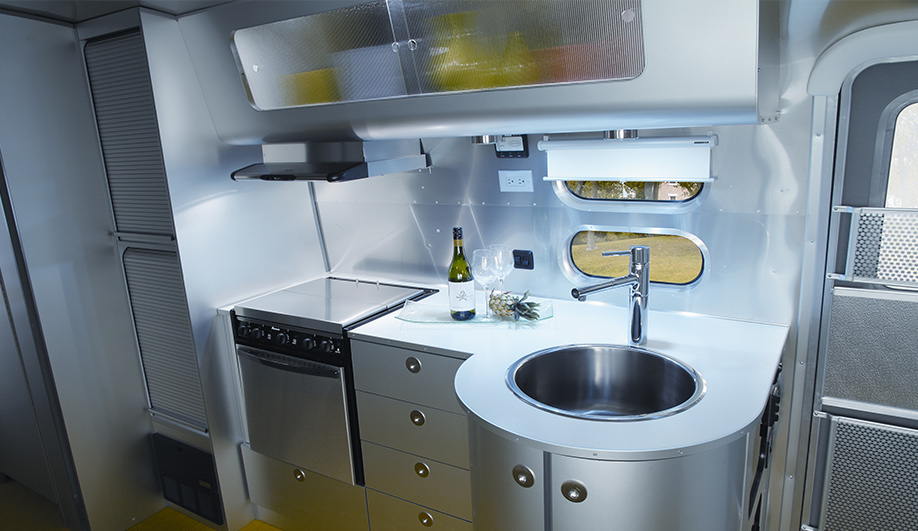 Updating a classic always requires delicate balance. Reusing materials, lines, and colours can evoke the original, but risk becoming a basic retread of its predecessor. Architect Christopher Deam took on just such a challenge with his recent prototype for a new and improved version of the iconic Airstream trailer.

The most glaring difference between the original and Deam’s Sterling Concept trailer is the interior, which is entirely clad with buffed aluminum. The reason for this is manifold, explains Deam. Not only does it bring the exterior surface inside, it also reflects more light, brightening the space and making it feel roomier. The brilliant yellow woven vinyl flooring and white upholstery further emphasize the feeling. In a nod to the Airstream’s mid-century roots, Deam used Marimekko’s classic Joonas fabric for accents.

Since its birth in 1932, and in the two decades that followed, the Airstream trailer was considered ahead of its time. Immediately recognizable by its aerodynamic, aircraft-inspired polished aluminum exterior, it represented a new kind of modern living, bringing travel to a middle class that was expanding just as rapidly as America’s interstate highway system was. For the new prototype, Airstream requested an RV that retained the time-honoured feel of the mid-century version, but featured an update that kept in tune with the credo of company founder Wally Byam: make no changes, only improvements.

Deam is an ideal fit. His past projects – primarily residences and home furnishings – all accommodate small living spaces and are thoughtfully organized and operate with maximum efficiency. His slim, cylindrical Tower water dispenser exemplifies a comfortable yet stripped-down sensibility perfect for hyper-economic use of space. He has also collaborated with Airstream in the past, producing a handful of other trailer concepts and prototypes including the Bambi – a trailer half the size of a standard one that could have provided an excellent trial-run for maximizing space in a mobile kitchen and bathroom design.

The Sterling Concept Trailer was unveiled at the Annual RVIA Trade Show in Louisville, Kentucky.

SHARE
Twitter, Facebook, LinkedIn, Pinterest, Email
TAGS
Product Design, Transportation,
AZURE is an independent magazine working to bring you the best in design, architecture and interiors. We rely on advertising revenue to support the creative content on our site. Please consider whitelisting our site in your settings, or pausing your adblocker while stopping by.