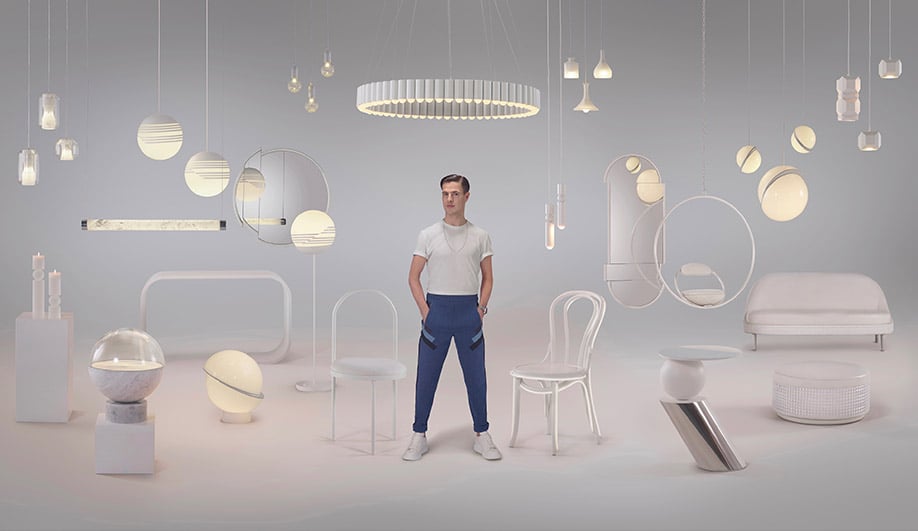 Milan Design Week 2017, the largest furniture exhibition in the world, begins April 4 and Azure will be there. In addition to exploring Salone del Mobile, we’ll be taking to the streets, checking out the huge offering of shows and installations spread across the city. These are the 14 off-site events topping our agenda. 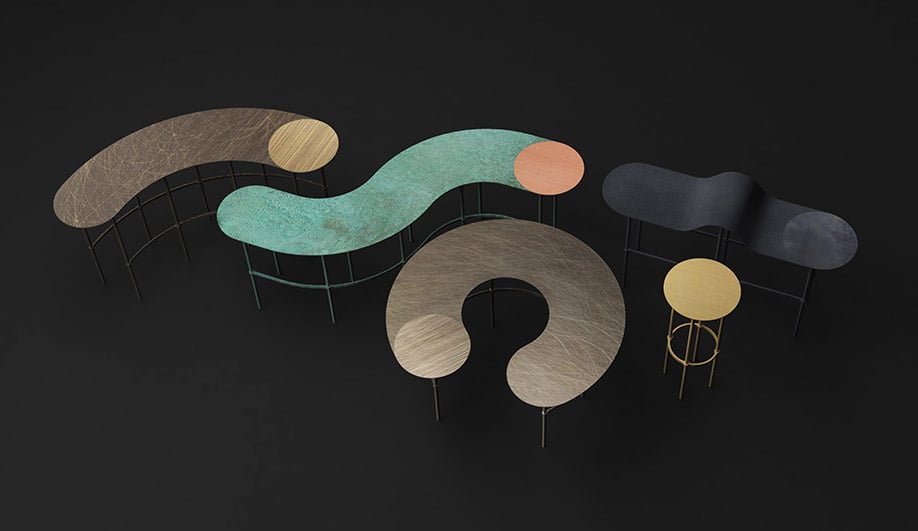 Time Machine by Lee Broom
Lee Broom, the award-winning British talent responsible for circus ring-like hanging loop chairs made of brass and pillar-shaped crystal pendants with marble diffusers, celebrates his 10th year of high-volume design with an immersive exhibition. Set inside a derelict vault in the historic Centrale train station, the vaults (which have never been open to the public before) will showcase a retrospective of Broom’s work, but with a dramatic refresh of an all white-on-white palette. Among the launches is a towering grandfather clock cut from Carrara marble. The collection will be presented on a rotating fairground carousel – a perfect way to feature a designer whose career is still evolving. Via Ferrante Aporti 17 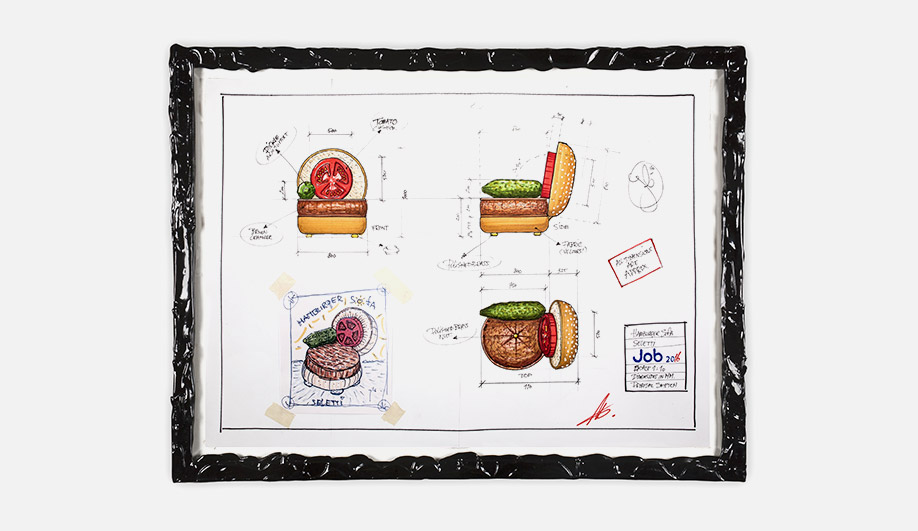 Fast Food Furniture by Studio Job for Seletti
Well known for its adventurous and wildly entertaining porcelain objects and dishware, Seletti is venturing into the world of upholstered furniture. The new line is being inaugurated by Job Smeets and Nynke Tynagel of Studio Job who have crafted a sofa and armchair shaped as a hotdog and hamburger respectively. Named the Fast Food Furniture collection, the open hot dog bun is the actual structure of the sofa, with an upholstered sausage acting as a back cushion. Likewise, the hamburger bun features a seat in the shape of a bun and patty. The armrests are shaped like pickles and the back cushion is a slice of tomato. Seletti flagship, Corso Garibaldi 117 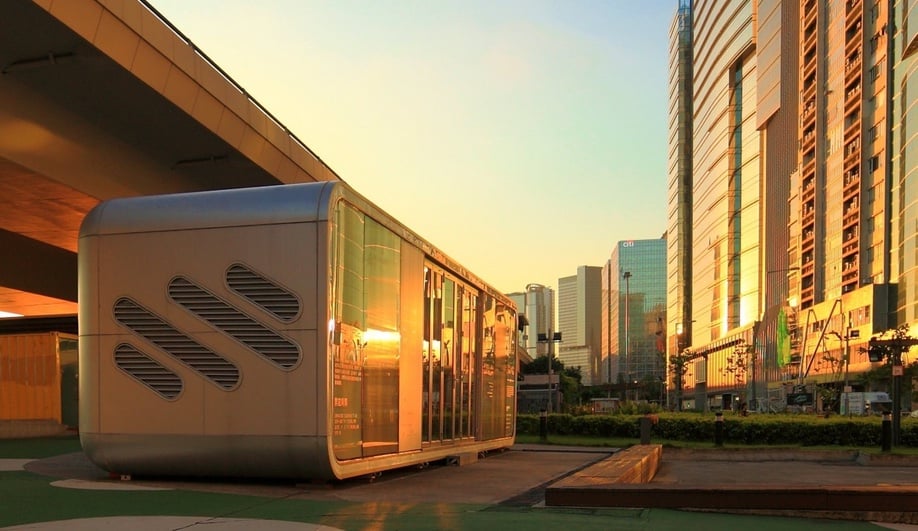 Confluence 20+ at la Triennale di Milano
For a glimpse into the creative worlds of Hong Kong, it is worth visiting Triennale di Milano, where the exhibition Confluence 20+ brings together 20 of the city’s most outstanding designers, entrepreneurs and thinkers. Besides fashion designers and furniture makers, the exhibit will showcase architecture, including James Law’s AlPod, a high-tech pod shelter that is engineered to be the next generation of housing. Viale Alemagna, 6 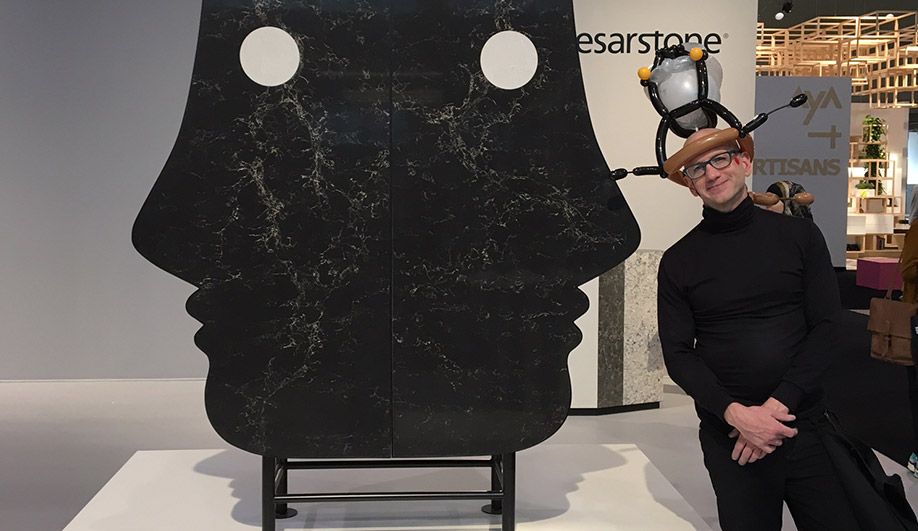 Stone Age Folk by Jaime Hayon, presented by Caesarstone
Each year, the Caesarstone challenges a top international designer to see how far they can push the company’s line of surfacing composites in directions that have nothing to do with walls or countertops. This year Spanish designer Jaime Hayon has been passed the torch. The exhibit, Stone Age Folk, builds on the fantastical world the Spanish talent presented at Toronto’s Interior Design Show in January. For Milan Design Week 2017, he has taken full advantage of Palazzo Serbelloni as a glorious backdrop. Those wonderful tribal masks and clown faces seen in Toronto will be featured in a pavilion and presented alongside carousels made of Caesarstone, furniture pieces and light fixtures. Palazzo Serbelloni, Corso Venezia 16 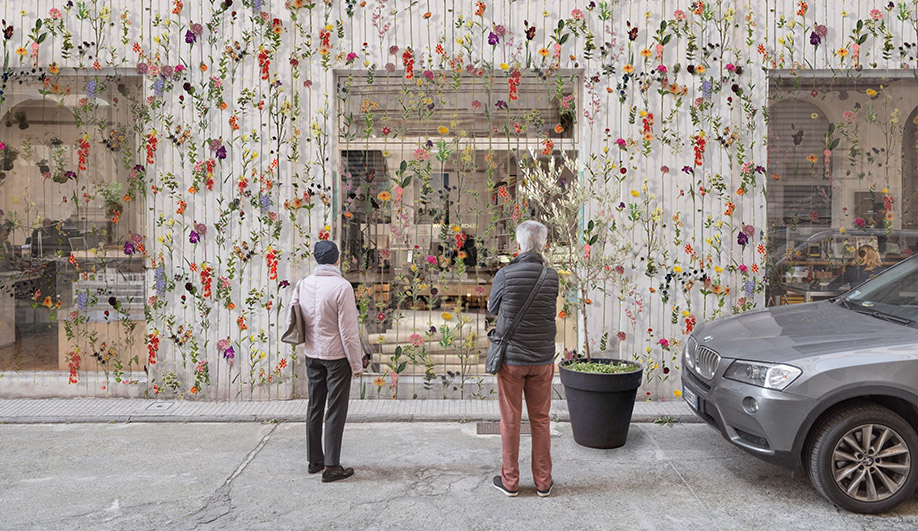 The Skin of Architecture by Piuarch
Milan’s Piuarch, a dynamic firm well-known in the fashion world, will be decorating the entire facade of its own studio in the Brera district with a garden wall. The installation, which will extend 35 metres in length and cover the entire building from street level to its rooftop, is a collaboration with landscape architect Cornelius Gavril who has employed an ancient technique in which cut flowers and plants are grafted onto tubes that serve as both a structural and nutritional base. The system allows the vegetation to be preserved for a much longer period. Visitors will also be invited into the building’s courtyard for an exhibition of formal and conceptual research by Piuarch on the theme of facades throughout history. Via Palermo 5 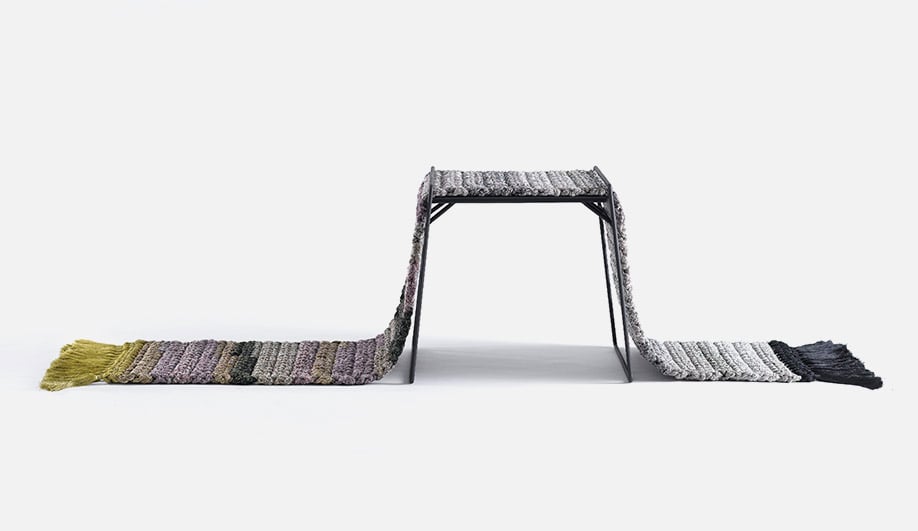 Iota at Multiplex
Tom Dixon always goes big in Milan. This year, he is setting up inside one of the city’s most iconic cinemas, the Teatro Manzoni. Called Multiplex, the group exhibit includes a multitude of participants and brand displays beyond Dixon’s own always stunning displays of lighting, furniture and accessories. Among the lesser-known participants on view will be Iota, a company founded in Tel Aviv in 2014 that designs beautiful handcrafted furniture and objects, while creating jobs for unemployed women. Its vision is to establish a global movement founded on craftsmanship and which empowers communities by providing meaningful employment. Via Manzoni, 42 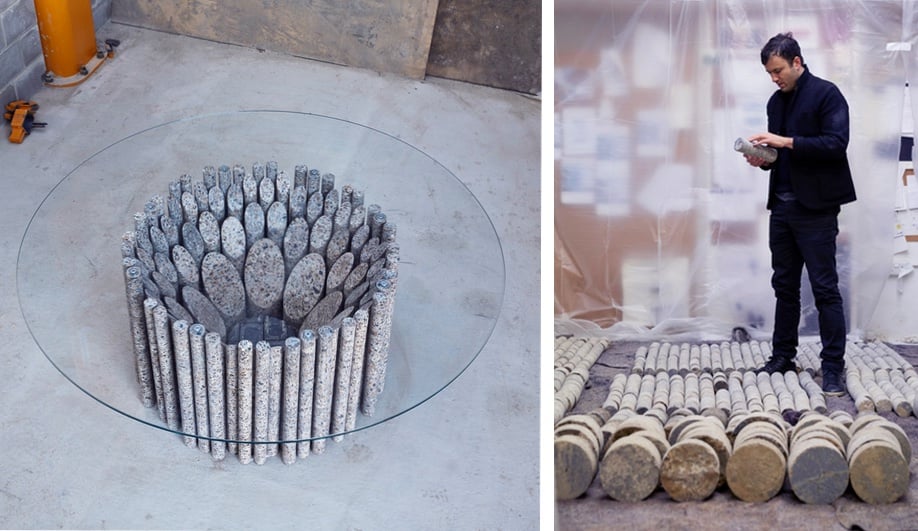 Excavation: Evicted by Paul Cocksedge Studio
In collaboration with gallerist Beatrice Trussardi, British designer Paul Cocksedge is presenting an intriguing collection of hand-honed concrete furnishings produced in a most peculiar manner. The five pieces, including tables and a bookcase, is a literal reaction to Cocksedge’s eviction from his London studio due to property development. Before leaving he mined the studio, literally, for all the creativity, energy and emotion he’d poured into it over the course of 12 years. Held at the site of Fondazione Luigi Rovati, which will become the city’s first private Etruscan museum and cultural centre, visitors will see, along the objects, documentation of Cocksedge and his team boring holes in the studio’s concrete floors and pulling up metal work to get at the foundation, a rough photographic portrayal of the makers’ society experiencing upheaval and the multi-layered histories of such buildings. Fondazione Luigi Rovati, Corso Venezia 52 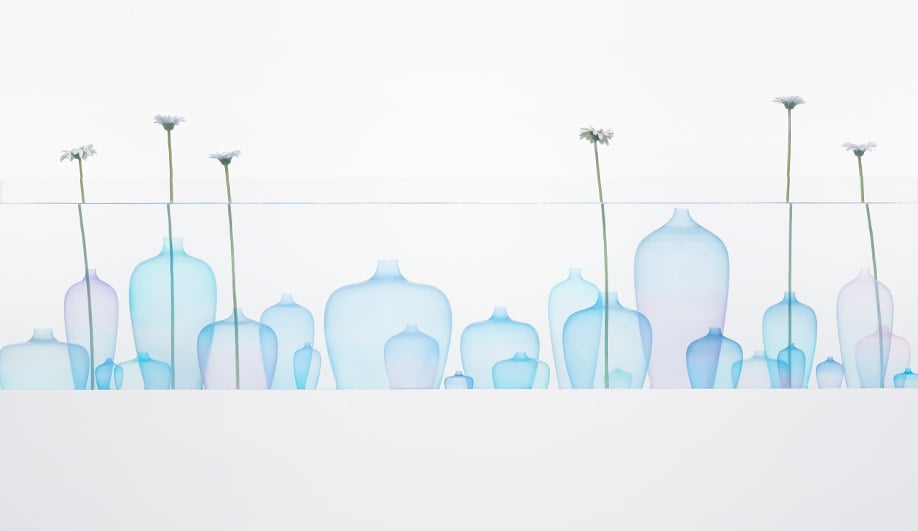 Invisible Lines by Nendo
All eyes will be on Oki Sato again this year, as the lead designer of the Japanese brand Nendo rolls out yet another fresh collection. Oki will show 16 different works based on the theme of “extract the outlines” for such high-end brands as Alias, Cappellini, Flos, Glas Italia, Nodus, and Sèvres. For Jil Sander, the studio has produced Jellyfish Vase, a series of vases that appear to float like jellyfish in water. The 30 vases of various sizes – made of twice-dyed, ultra-thin silicone – will be shown in an aquarium, with the strength and direction of the water’s current adjusted so that they bob and weave amongst each other. Jil Sander Showroom, Via Luca Beltrami 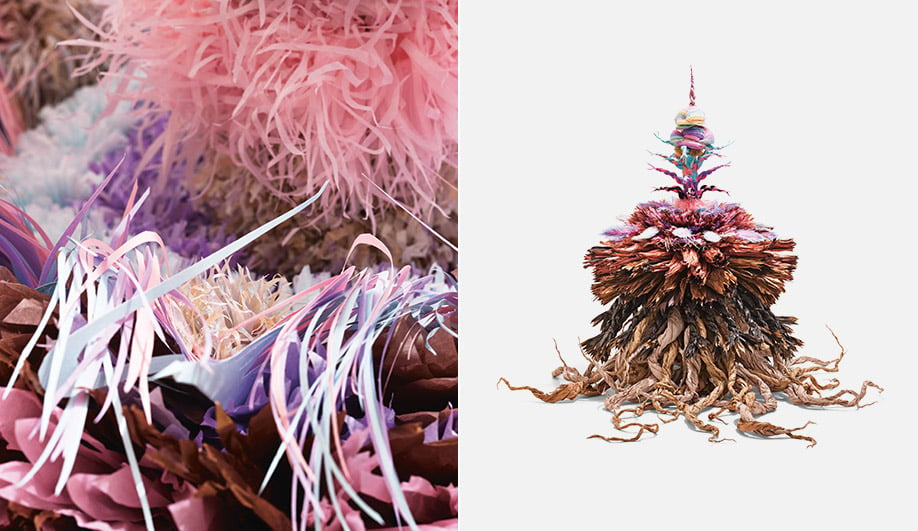 Mindcraft17 – Time
The Danish Arts Foundation’s annual flagship exhibition for Danish craft and design returns for its 17th incarnation, showcasing a roster of young talent set on changing time, and ultimately the rhythm of life, in the historic city. Displayed in the timeworn San Simpliciano cloister, 18 designers respond to curator Henrik Vibskov’s ask to interpret a specific time span or time of day. Working in such fields as graphic design, ceramics and furniture, to fashion, glass, textile and silver, the participants produced poetic interpretations of what makes us all tick, at various ages and times of day, during our daily rituals, and also expressed how time influences the creative process. Chiostro Minore di San Simpliciano, Piazza Paolo VI 6 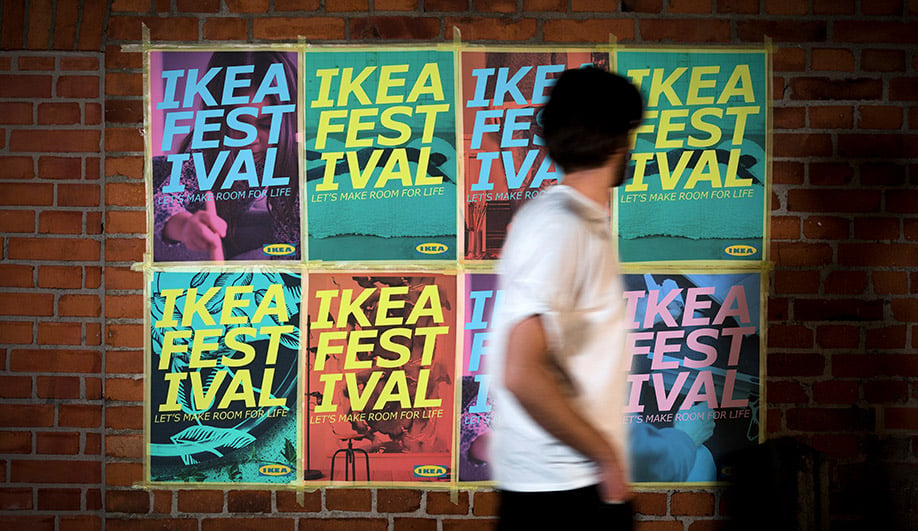 Ikea Festival
As you would expect from the massive manufacturer, Ikea’s offering covers all ground. The Ikea Festival – happening for the first time at Milan Design Week 2017 – will be hosted in a disused warehouse space in the Lambrate district, where various events and happenings are planned, including workshops, installations, music, and live prototyping. The overarching theme is uncovering the future of the living room. It’s a well-known fact that 70 per cent of the world’s population will be living in cities by 2050, and Ikea focused on this new reality, coming up with a half-dozen collections offering creative solutions for our interior worlds. Officina Ventura 14, Lambrate, Milan 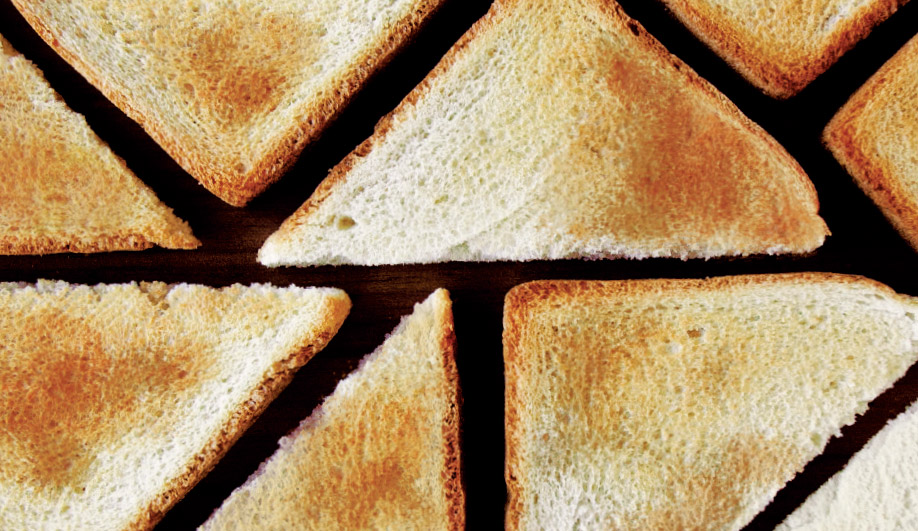 Breaking Bread/Pane al Pane, presented by Azure
The Essential Taste of Design celebrates the basic ingredients that make the experience of design and art irresistible, especially when paired with good food and wine. Developed by Matteo Ragni Studio in collaboration with Essent’ial, the event encompasses exhibitions, prototypes, tastings and tours of district, Porta Venezia and its many art, design, culinary and architectural highlights. As part of The Essential Taste of Design, Azure is presenting a unique display of original sketches by 12 international architects and designers who will invent buildings and products constructed out of bread. What will masters of polypropylene and steel, such as Karim Rashid and Alberto Meda, make with flour, yeast and water? Porta Venezia, Casello Ovest 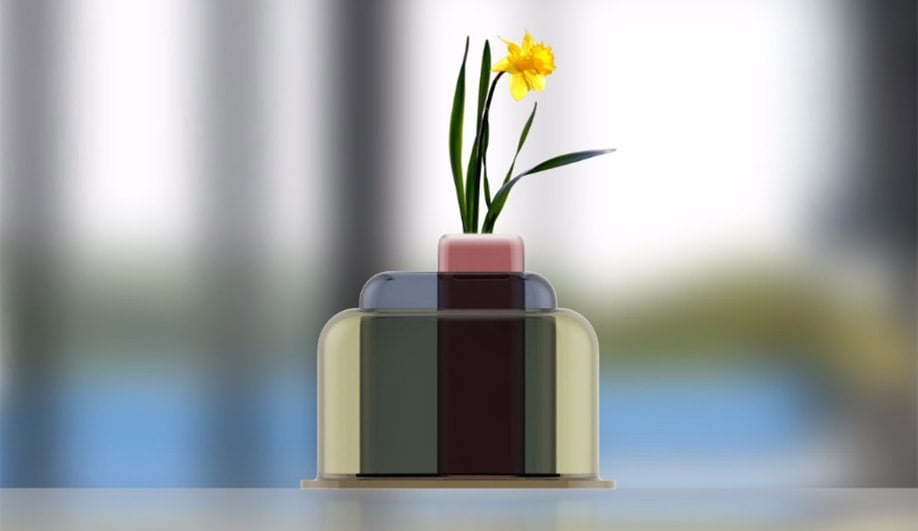 Share the Beauty of Simplicity by Nude
Three designers, Defne Koz, Tomas Kral and Studio Formafantasma, are among a growing number to join up with Nude, the appropriately named Istanbul manufacturer of lead-free crystal glass objects. Hosted in a Baroque building, the collections offer an interesting juxtaposition to the clear-cut, contemporary look of the products. From Koz, you can expect to see some elegantly streamlined colour-blocking. Her Art Deco-ish Layers vase (shown) is made up of three overlapped shapes, while Foresta is a series of candleholders resembling a glass forest. Palazzo Litta, Corso Magenta
SHARE
Twitter, Facebook, LinkedIn, Pinterest, Email
TAGS
Exhibition, Furniture, Milan Design Week, Product Design,
We rely on advertising revenue to support the creative content on our site. Please consider whitelisting our site in your settings, or pausing your adblocker while stopping by.