Biophilic Design is Bringing Nature into the Office
Experts have proven biophilic design principles benefit the bottom line. Now, the design industry is embracing the science. 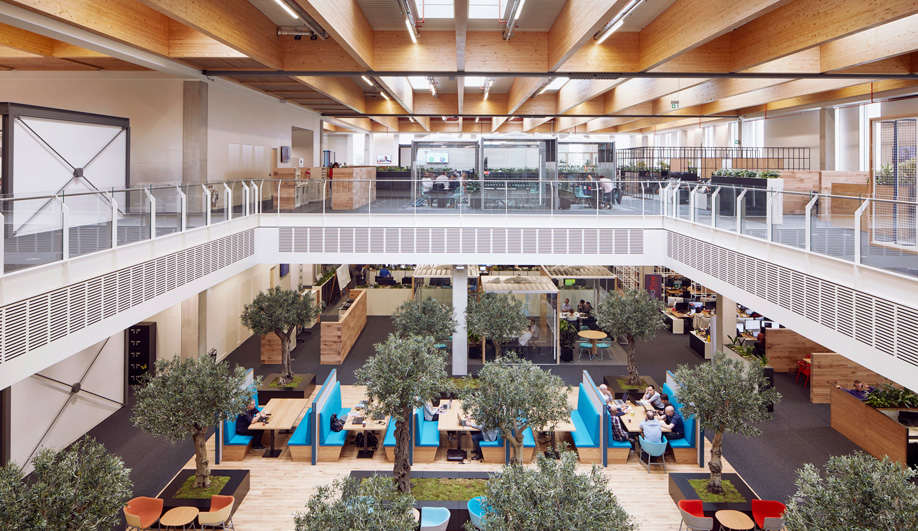 Though the word biophilia was popularized in 1985 (by biologist and environmental theorist Edward O. Wilson) its application has remained on the fringes. That’s about to change, though. Biophilic design is the idea that in order to create a healthy work environment, design needs to incorporate nature – everything from access to daylight and water to air filtration, noise control and comfortable interior temperatures.

It has taken more than two decades for this common-sense hypothesis to morph into theory. At Greenbuild in Boston, the first-ever award to recognize excellence in biophilic design was handed out. It is called the Stephen R. Kellert Biophilic Design Award, and it is named after a professor of social ecology at Yale University who, in the 1980s, was instrumental in advancing the links between nature and wellbeing. 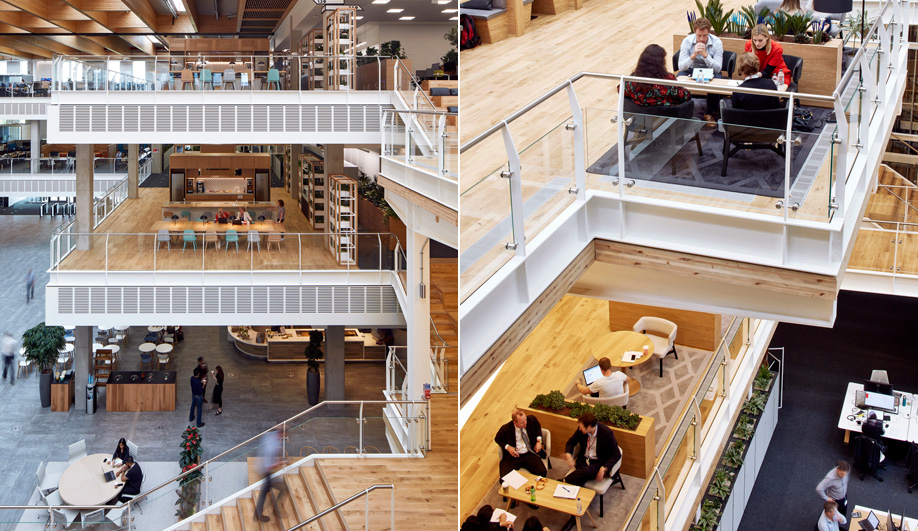 Today, most of us spend upwards of 90 per cent of our time indoors, so it’s no surprise designers and architects are finding holistic ways to help make us healthier, happier, even more creative through biophilic design. The recently completed Sky Central in West London, a collaboration between Hassell, AL_A and PLP Architecture (with Arup and Mace), beautifully typifies the approach, where multiple nature-infused features have been brought together.

Spread over 45,000 square metres and three levels, the headquarters for the telecommunications and media company is drenched in sunlight that streams in from a glulam beam roof canopy fitted with 400 triple-glazed skylights. Throughout the offices, some 24,776 plants, including mature trees every 20 metres, establish a visual connection to nature while also oxygenating the air. Plus, the inclusion of short stair runs and ramps encourages physical activity. 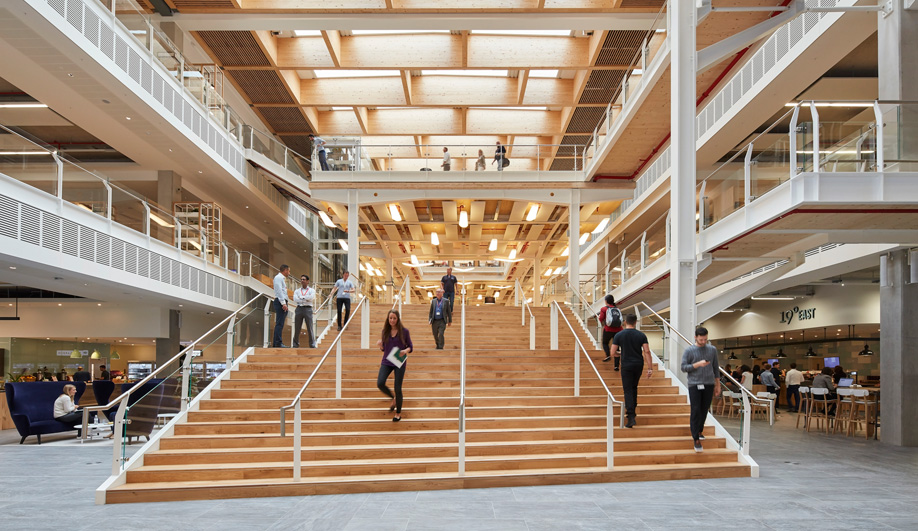 The belief that humans intuitively thrive in natural settings isn’t new, but it has often been considered a nonessential for businesses. Buildings like Sky Central are proving otherwise. It wouldn’t be surprising to find that employees are more engaged, take fewer sick days and feel less stressed. And that’s all good news for the bottom line.