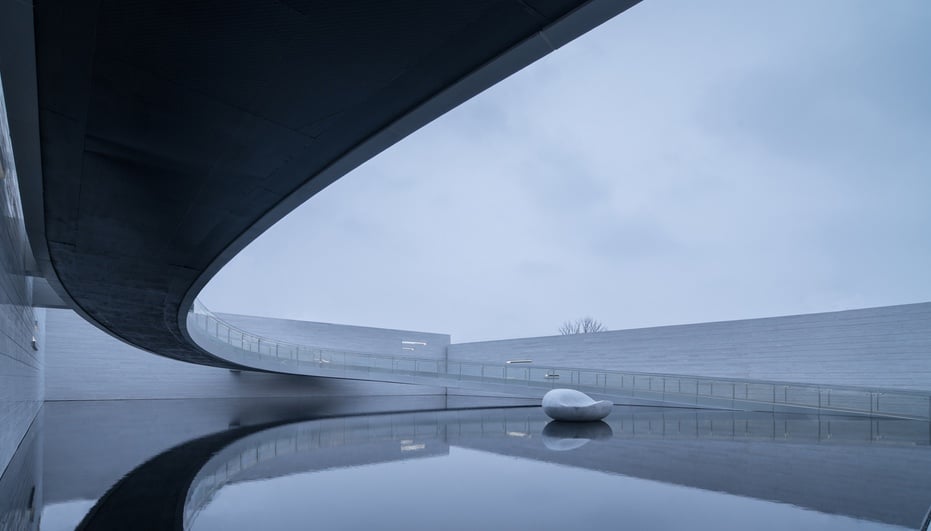 The Waterfront Art Gallery in Nanchang City, China – designed by Shanghai firm Lacime Architects – functions as both a landmark and an intimate boundary between city and nature, thanks to its careful juxtaposition of massive volumes and manicured landscape.

Much of what the gallery accomplishes architecturally relates to its surrounding geography. Nanchang City’s defining feature is the Ganjiang River, which divides the city between east and west; to the east, the tributary Fuhe River feeds Xianghu Lake before emptying into the Ganjiang. Here, a heavily forested waterfront park crisscrossed with pedestrian trails is the city centre’s primary recreational green space.

The other side is fenced in by rows of high-rise towers, making Waterfront Art Gallery an important entryway from the city into this green zone – but there’s another wrinkle: the site is bounded by multilane highways that cut the museum off from the riverside park.

To mitigate the presence of these highways while still opening the site to the green landscape, Lacime conceived of the gallery’s main structure as a narrow rectangular volume whose longest sides overlook the river to the south, and to the north, a walled courtyard that serves as the structure’s organizing feature. 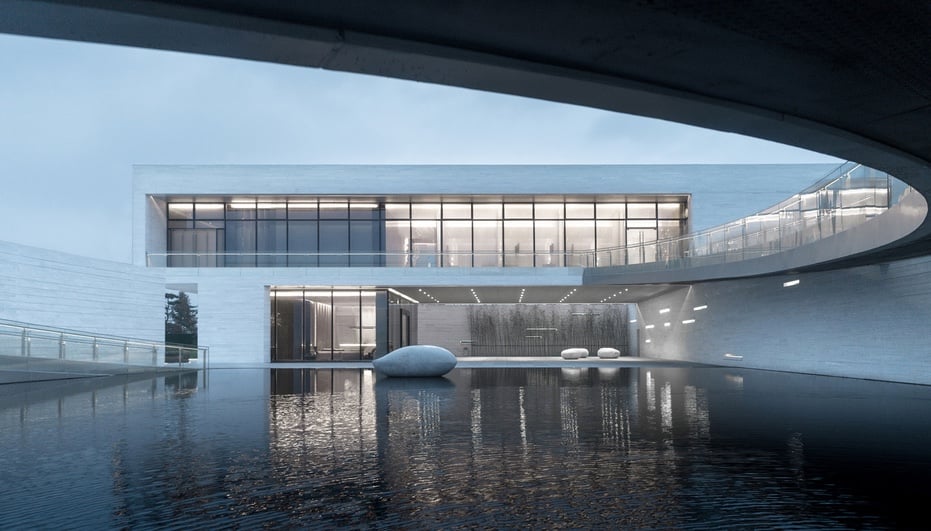 From parking, visitors enter the site through an “urban green space” – a low pedestrian bridge over a garden with topiary-like islands on an expanse of white stones – passing through a pair of sound-dampening walls before reaching the inner courtyard. 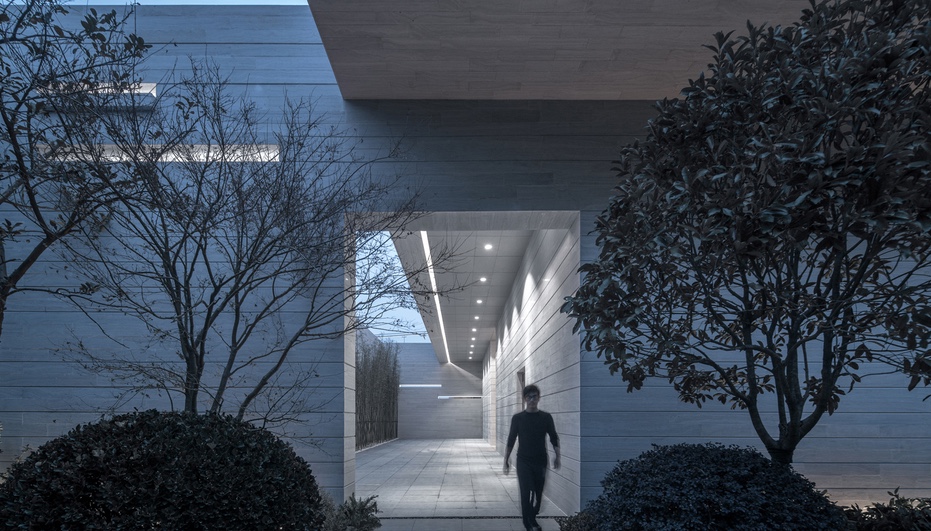 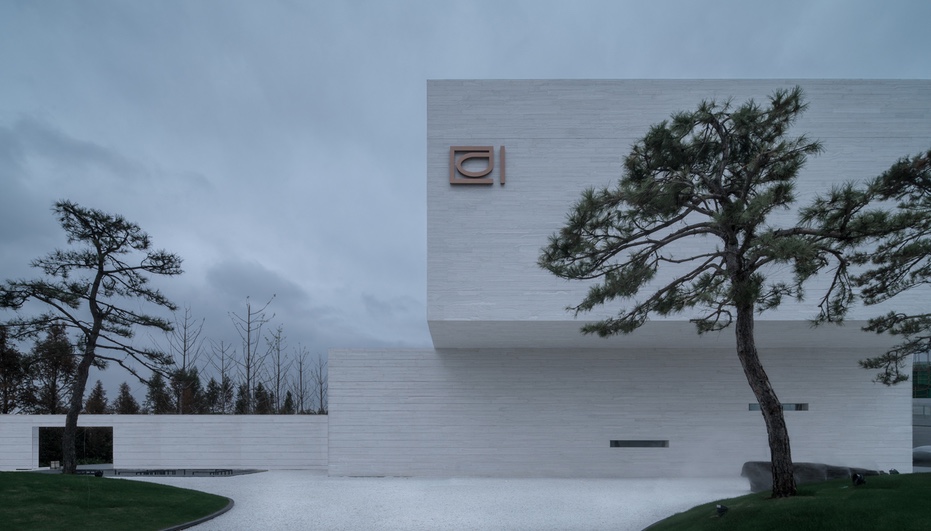 Once in the courtyard, visitors are faced with two starting points. To the left is the glass enclosure of the lounge (the museum’s first-floor point of entry), and beyond it, a terrace leading toward a route to the riverside, and topped by the second-storey volume. To the right, a glass-walled ramp swirls up three walls of the courtyard, floating above a reflecting pool to the museum’s second storey, which houses the reception and exhibition halls. This is the project’s pièce de resistance, a design move that makes the project more than just the sum of its multi-volume massing. 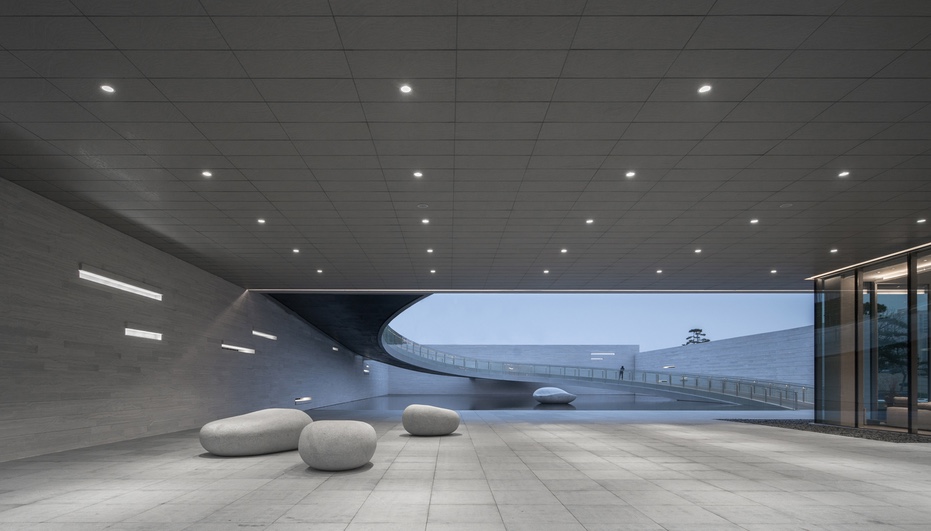 But the volumes are also dramatic, thanks to their monochromatic appearance. The terrace floor, the museum exterior, and even the courtyard walls are clad in 19,000 striated stone pavers. Their pale grey colour is calming yet fresh – and stands out like a beacon against the surrounding skyscrapers and foliage.