Il Bosco Verticale Tops Off in Milan
Containing the world’s most ambitious vertical park, Boeri Studio’s tree-decked towers in Milan welcome back some long-forgotten fauna to the city. 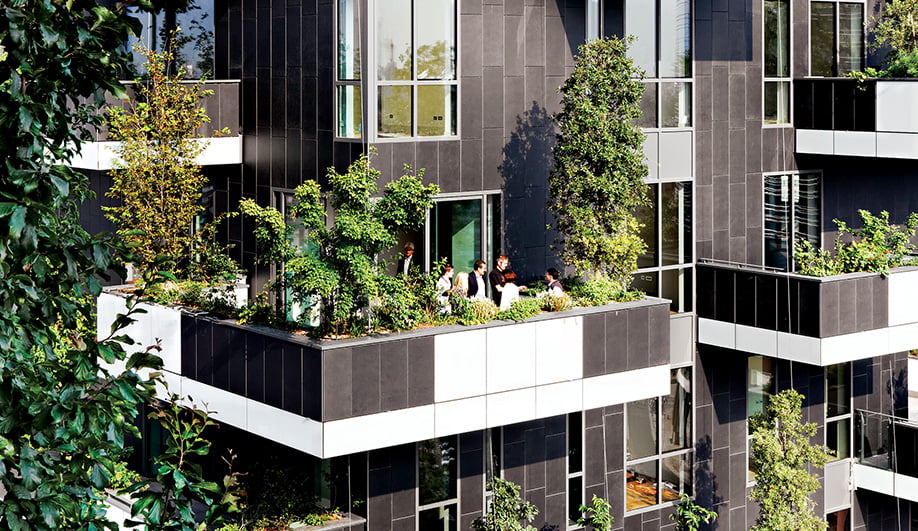 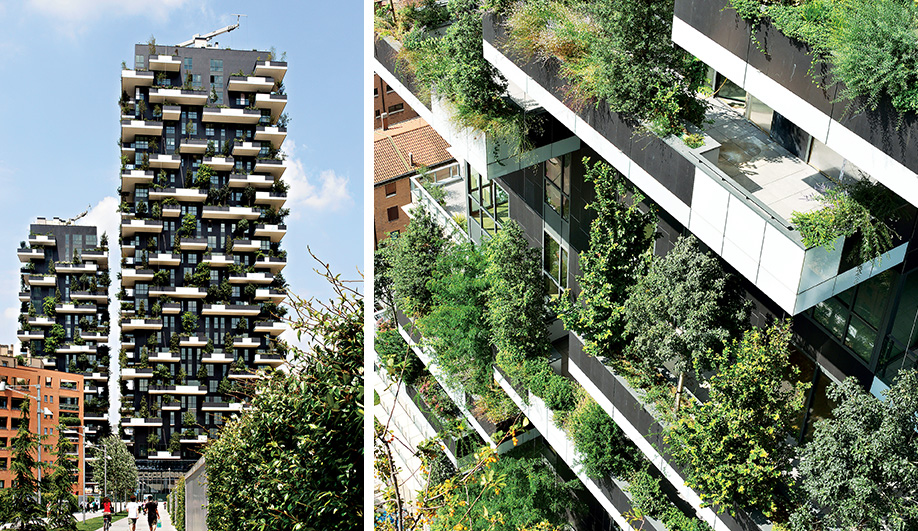 Left: At 19 and 27 storeys each, the towers make a striking addition to the skyline of the Porta Nuova district in Milan. Right: The mass of vegetation forms an ecosystem that has already renewed local wildlife, even hosting a family of falcons. 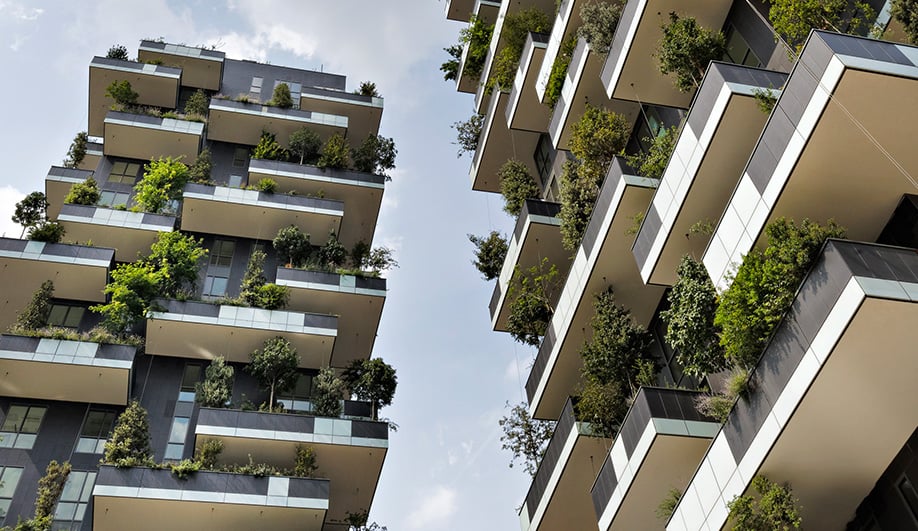 It takes more than a few potted plants on balconies to turn a condo complex into an eco-friendly habitat. Il Bosco Verticale in Milan, by Stefano Boeri, completely reimagines the union of architecture and urban greenery with two towers cloaked in vegetation – to the tune of 780 trees and 16,000 climbing plants, perennials and shrubs.

Maple, beech, cherry, olive, holm oak and apple trees, to name just a few species that sprout from the massive terraces, were cultivated for two years before being transplanted. All told, the foliage equals 20,000 square metres of vertical woodland, an unprecedented accomplishment that took over eight years to complete. (By comparison, Jean Nouvel’s One Central Park in Sydney, Australia, which won numerous accolades last year for its impressive vine-covered exterior, is equivalent to around 1,000 square metres of garden.)

When Il Bosco Verticale opened this past October, it was already considered a success. The new inhabitants moved in, along with various animals and insects that have long been absent from the city. “The real value of this project,” says Boeri, “is its biodiversity. We have already found nests for a type of falcon not seen in Milan for ages.”

It is also a poster child for natural climate and air control. Along with a green veil that absorbs carbon dioxide and traps airborne particles, the 113 apartments enjoy shade and cooler temperatures in summer; in winter, the vegetation acts as a windbreak, helping to reduce energy consumption. To maintain the gardens, an irrigation system fed by rainwater is integrated into the structure. Tenants are not expected to tend their own greenery. In fact, the plants don’t belong to them, says Laura Gatti, who along with Emanuela Borio led the landscape design. “Minimal gardening can be done, but the system is controlled,” she says. “If tenants introduce plants with diseases, it could be a problem.”

As impressive as Il Bosco Verticale may be, it also seems potentially fraught with structural complications. What if a tree with a developed root system dies? “It is replaced with another of the largest size possible,” says Gatti. A crane on each rooftop will enable crews to prune and replace foliage as needed.

“What I’m most curious about,” says Boeri, “is the reaction of the residents. Some will be open to the peculiarities of the building, but we are expecting grievances to arise because a branch has invaded a neighbour’s bedroom or something like that. It is an experiment that involves a degree of risk.” Surprisingly, the maintenance cost is similar to that of a typical terraced building. While the initial investment was a hefty $91 million, Boeri’s research has paid off. The firm is now working on a social housing complex in Shanghai with a similar vertical forest.