The Supermarket of the Future Opens in Milan
Featuring technology developed by Carlo Ratti, one of the first cash-free grocery stores has opened in Milan, providing a glimpse into what retail stores of tomorrow will be like. 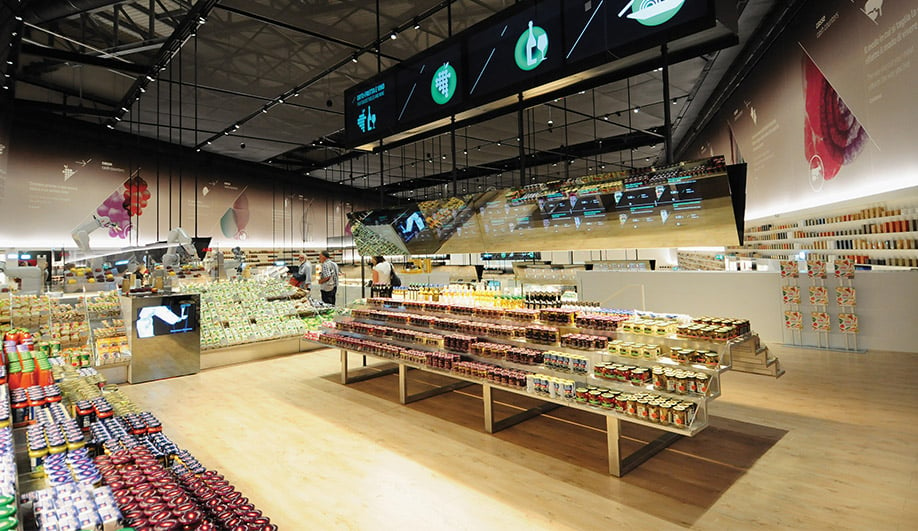 One of the store’s most striking features is a series of screens stationed above the produce. When you pick up a tomato, data appears on the screen providing information about that tomato: where it was grown, its nutritional properties, even its carbon footprint.

Featuring technology developed by Carlo Ratti, one of the first cash-free grocery stores has opened in Milan, providing a glimpse into what retail stores of tomorrow will be like.

MIT professor and visionary Carlo Ratti’s aptly named Supermarket of the Future in Milan is a modern-day paradox: a large retail outlet that uses cutting-edge technology to revive the spirit of bustling local farmers’ markets. Created in conjunction with Italian supermarket giant Coop Italia, the 1,000-square-metre grocery store opened late last year. Its design is by INRES and Area-17 Architecture & Interiors, but the store uses digital technology developed and patented by Ratti.

Similar to Amazon Go’s first brick-and-mortar store in Seattle, the Supermarket of the Future is check-out free, with purchases scanned onto smartphones. Motion sensors and augmented reality detect a customer’s movements and adapt accordingly. When a customer moves toward a product, information scrolls across a screen above, detailing everything from what the foodstuff is called, to the location of the field in which it grew, to what recipes it might be most deliciously included in.

The technology may be new, but the desire driving it is as old as markets themselves: to know exactly what you’re getting for your euro. In an era when globalization is widening the gulf between consumers and the origins of what we eat, wear and use, closing this information loop is a significant selling point. 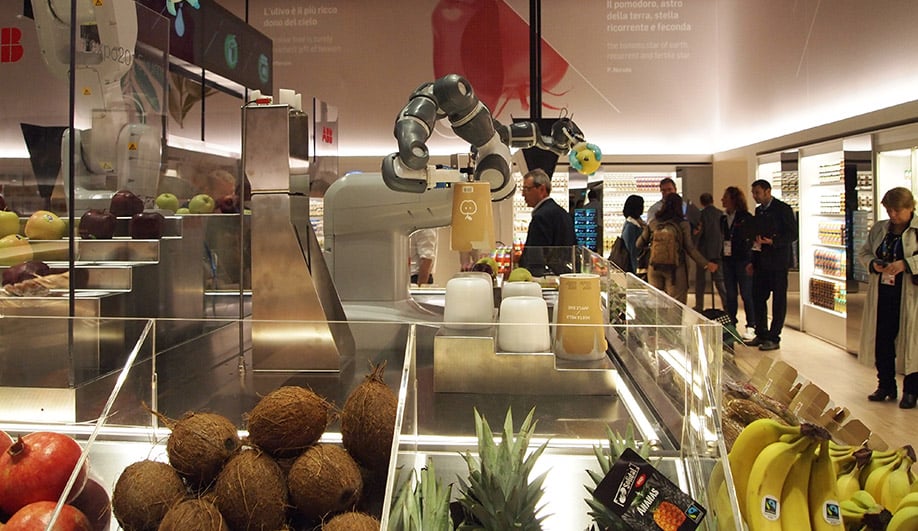 Carlo Ratti Associati, in conjunction with the FICO Eataly World project slated to open later this year, is blurring the lines of the global production chain even further with a project that allows customers to remotely plant seeds in a hydroponic tank, monitor the plants’ biological data and growth through an app, share that info on social media, then pick up the harvest when it’s ready for the kitchen.

One of the oft-stated fears about the new face of retail is the obliteration of jobs, but Ratti sees opportunity for a growing creative class, and he has outlined many of his visions on the future of design and urban routines in his recently co-authored title The City of Tomorrow: Sensors, Networks, Hackers, and the Future of Urban Life. Gone will be the dull, repetitive positions that define the customer-facing lines of the retail industry, he says. “With new technology, people can focus on the more creative and interesting work.” Let’s hope he’s right.