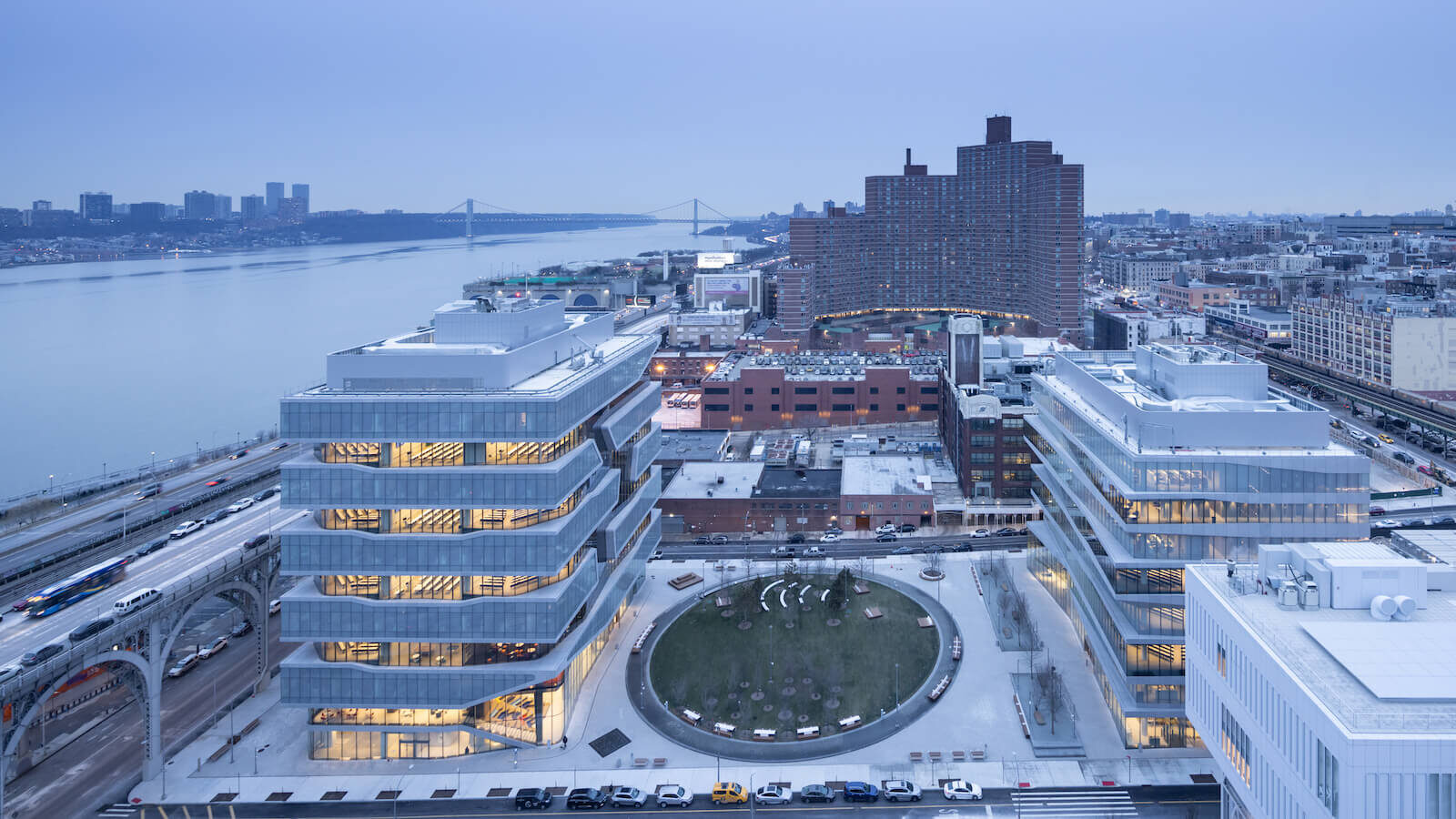 In collaboration with FXCollaborative, the New York firm adds another major work to Columbia University’s campus.

West Harlem has a new pair of remarkable buildings. The Upper West Side neighbourhood of New York City is home to Columbia University’s Manhattanville campus, where Diller Scofidio + Renfro, in collaboration with FXCollaborative, has just completed two similar yet distinct structures for the business school. The 11-storey Henry R. Kravis building and the 9-storey David Geffen Hall edifice contribute a combined 492,000 square metres to the faculty — effectively doubling its footprint. 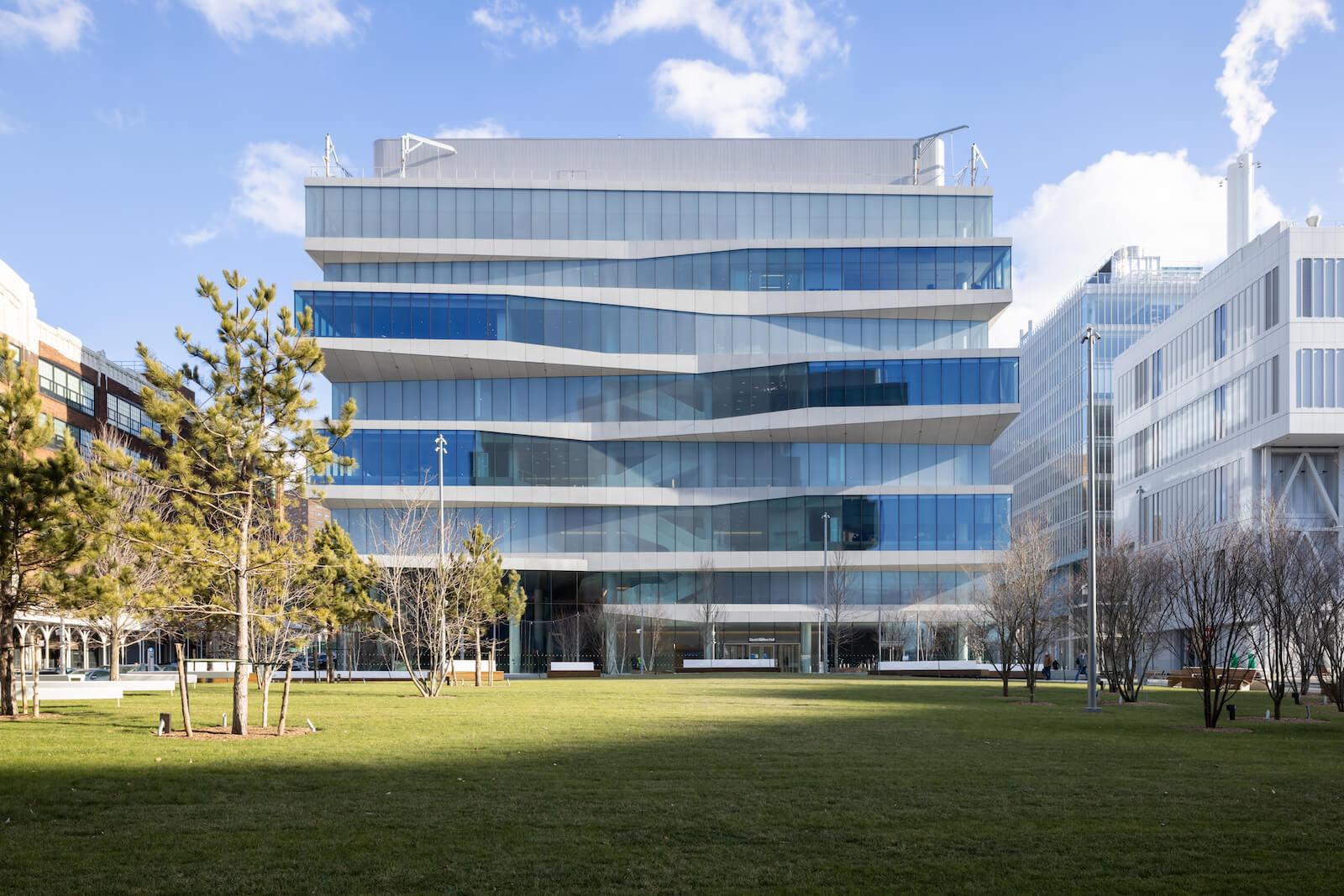 On a practical level, the project means the school can consolidate offices and classrooms that were formerly dispersed, some spaces even rented in off-campus buildings. On an architectural plane, the project announces two striking new forms in dialogue with each other across a one-acre park, named The Square, designed by James Corner Field Operations. In fact, the press release boasts, “The project will transform every aspect of the school’s activities while significantly anchoring the University’s 17-acre Manhattanville campus.” For the architects, it’s just the latest of its contributions to the university; in 2016, DS+R completed the Roy and Diana Vagelos Education Center, part of the Columbia University Medical Center, in Washington Heights. 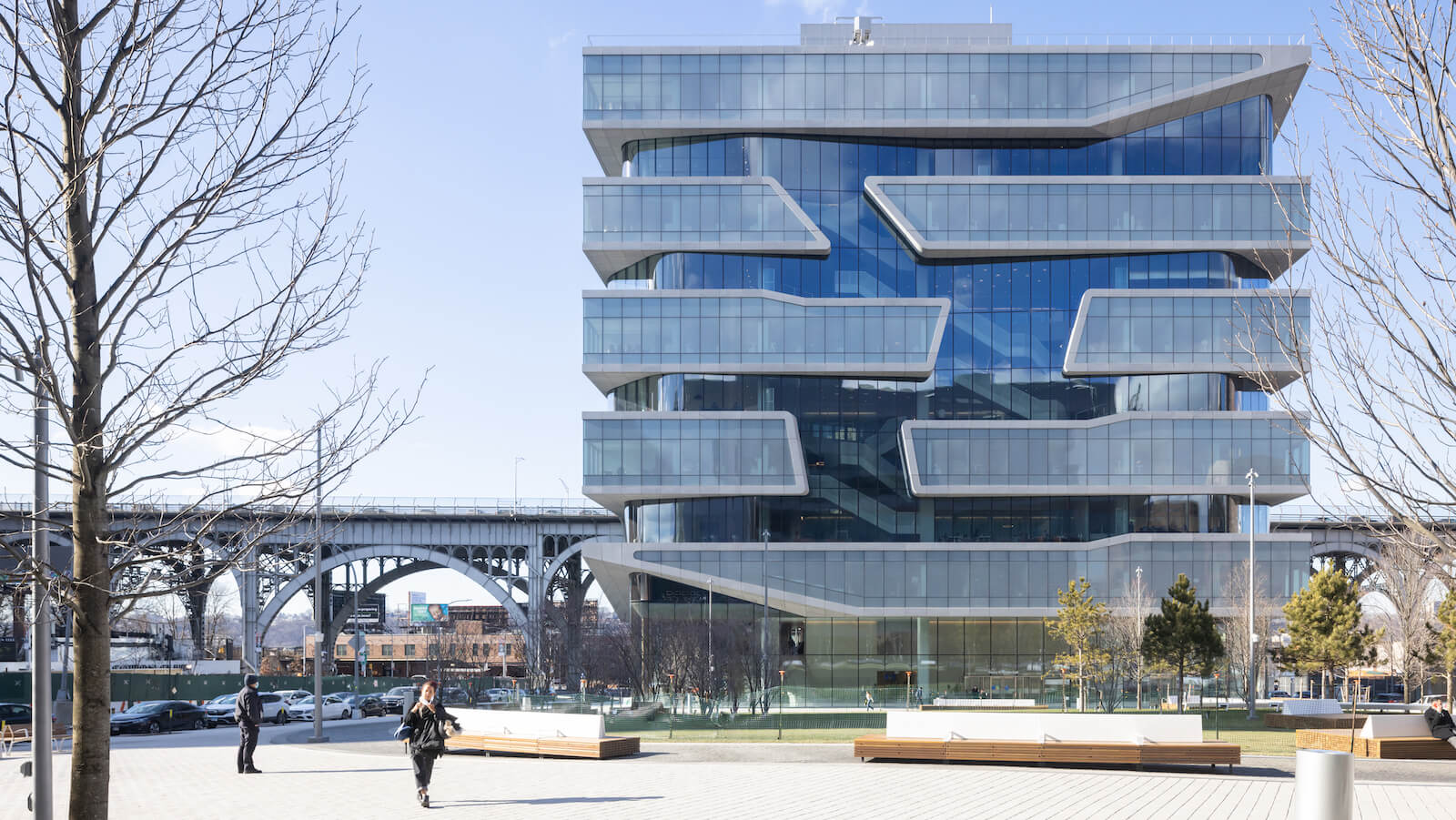 Boasting a layer-cake design, both buildings telegraph their “shuffled” functions through their facades. Student-oriented floors (classrooms and gathering spaces) are wrapped in transparent glass inset from the edge, while faculty floors are sheathed in fritted glass. Geffen Hall’s envelope is also treated with a gradient from opaque to transparent; Kravis Hall features a skip truss steel framing on alternating faculty floors, which allows open-plan student floors to have nearly column-free classrooms. 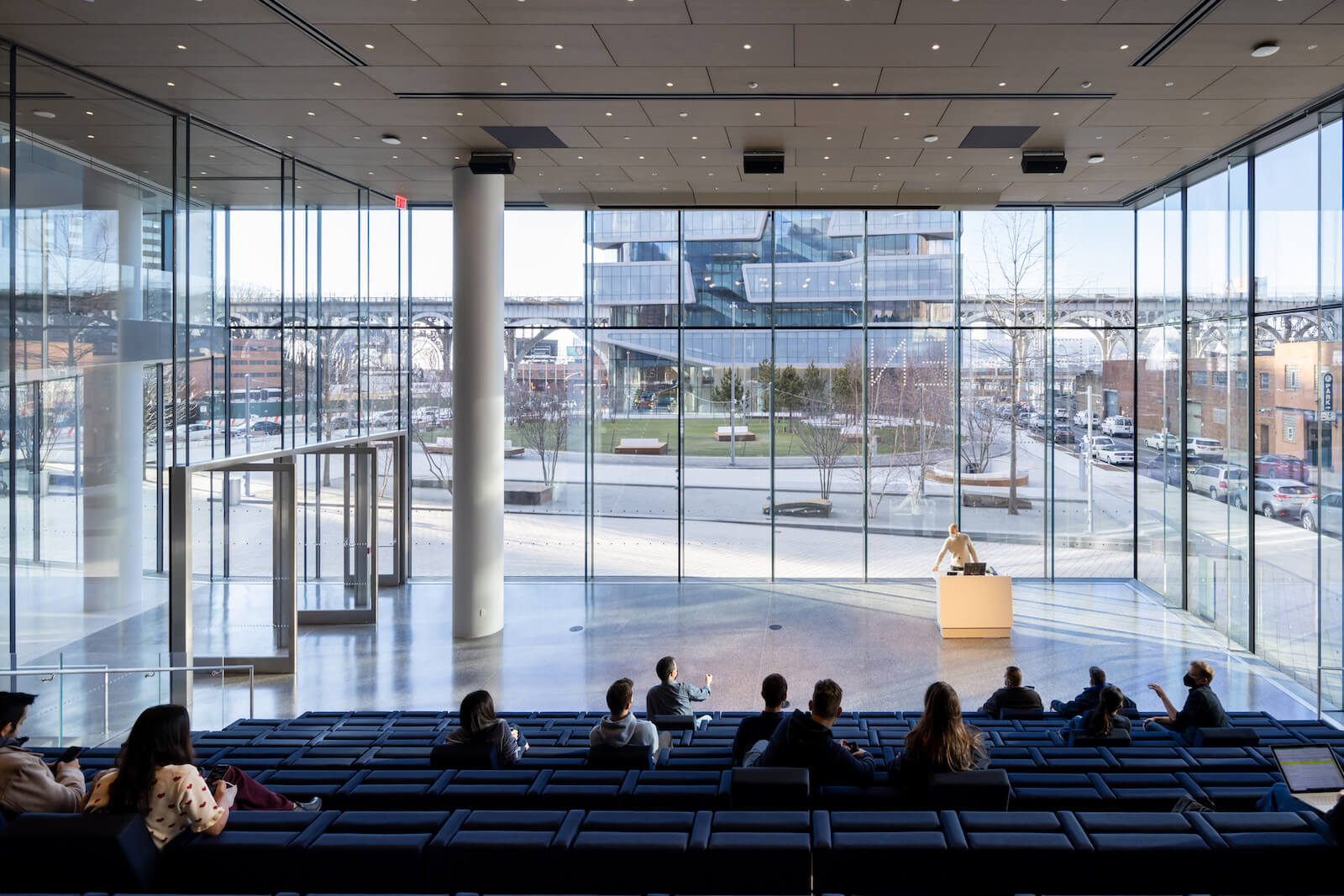 These subtle differentiations both distinguish the buildings’ individual characters and unite them as a whole. Another major attribute that the structures share is a circulation network centred on sculptural staircases that connect their ground floors to their top tiers, and every space in between — from intimate lounges and flexible seminar spaces to tiered seating. 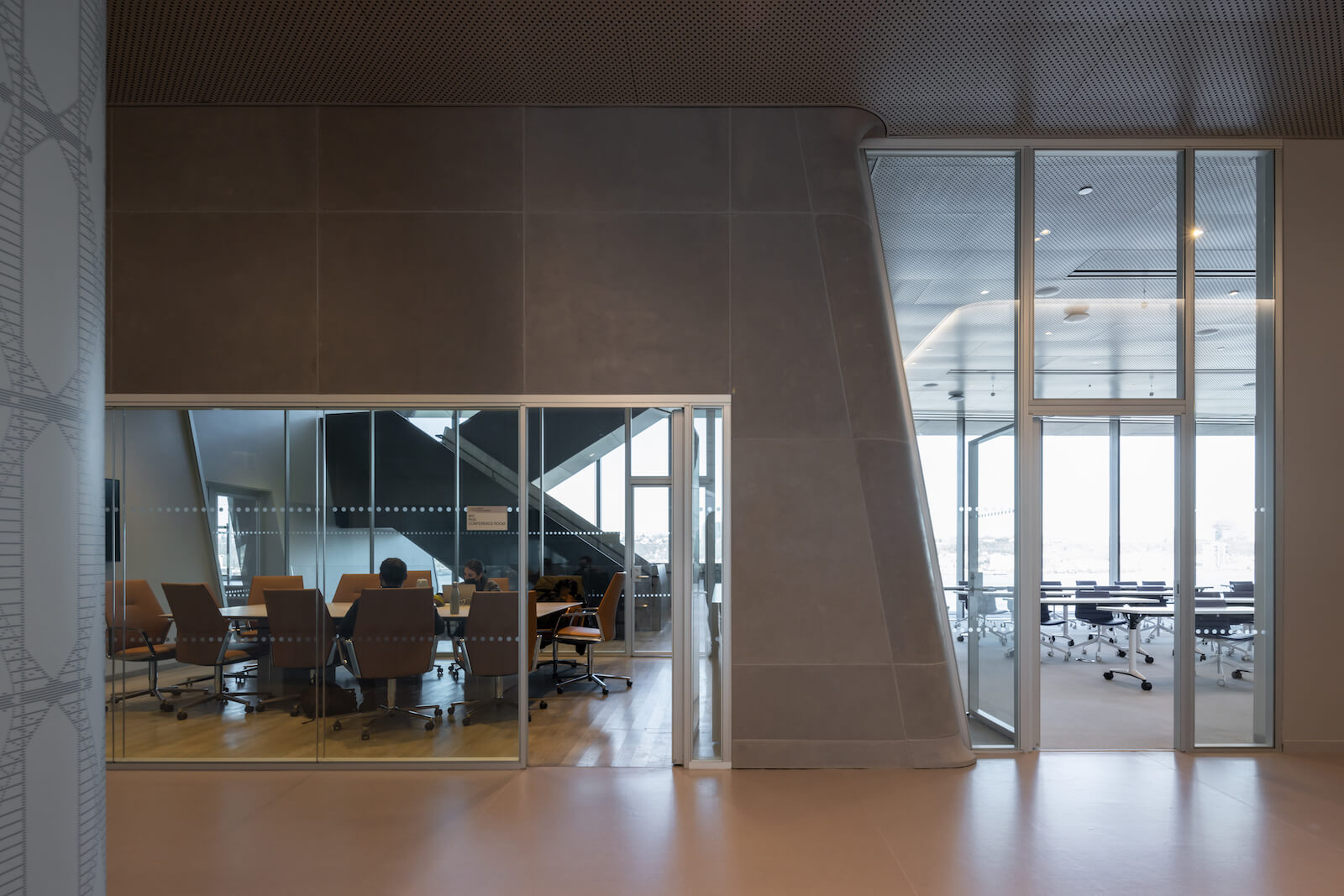 “A network of stairs and social spaces emerges from the ground floor,  programmed with public spaces that welcome the community,” says architect Charles Renfro. “These weave through both buildings in dialogue across The Square, animating each facade with the school’s daily activities.” 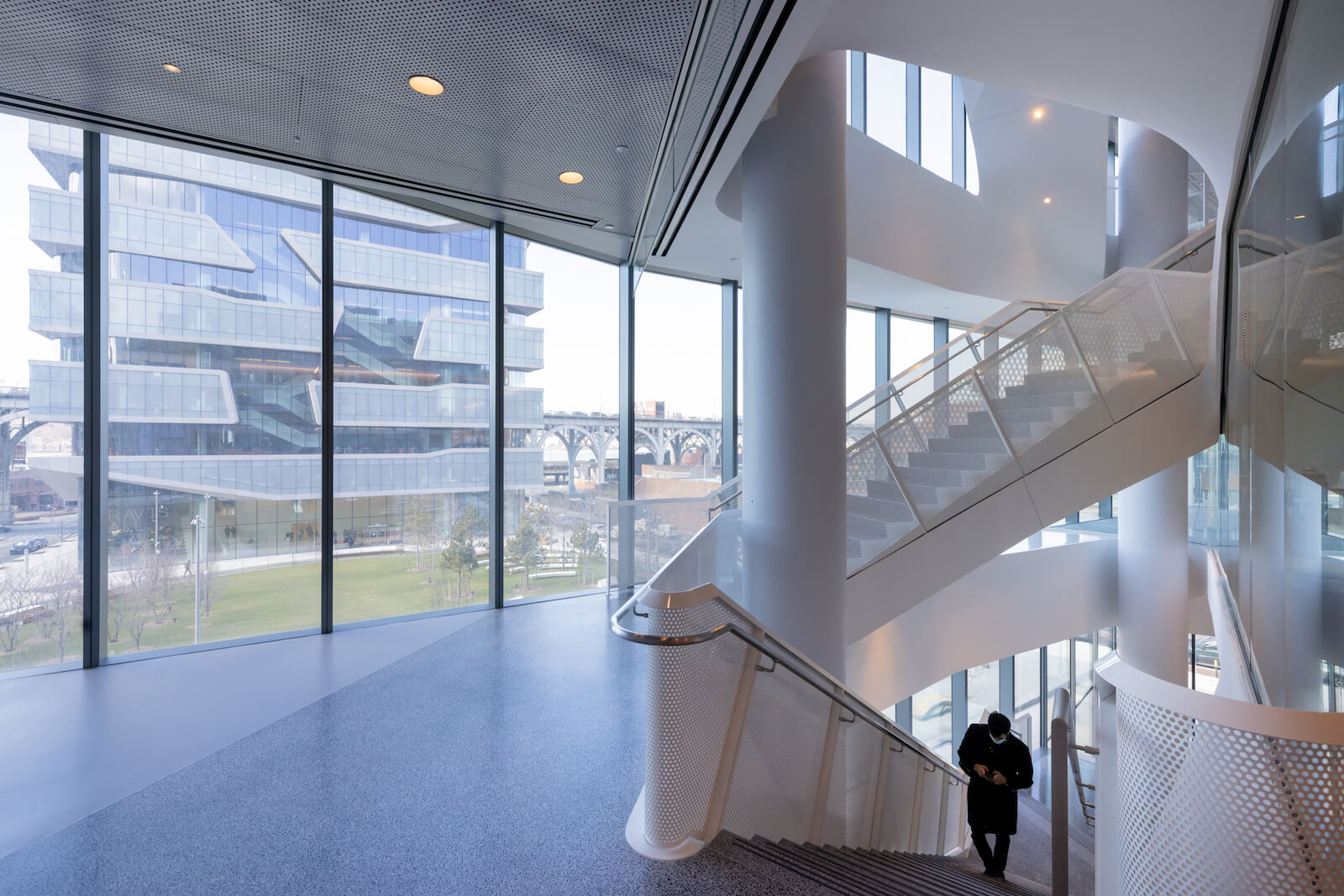 One of the most compelling social spaces is the “living room” on the ground-floor of the Kravis building. This type of stadium seating has become de rigueur in higher-education projects, but the designers have made it much warmer in this setting by crafting the central part of the staircase in American oak to delineate it as a hangout area, with cushioned spots, apart from the concrete steps that flank it. 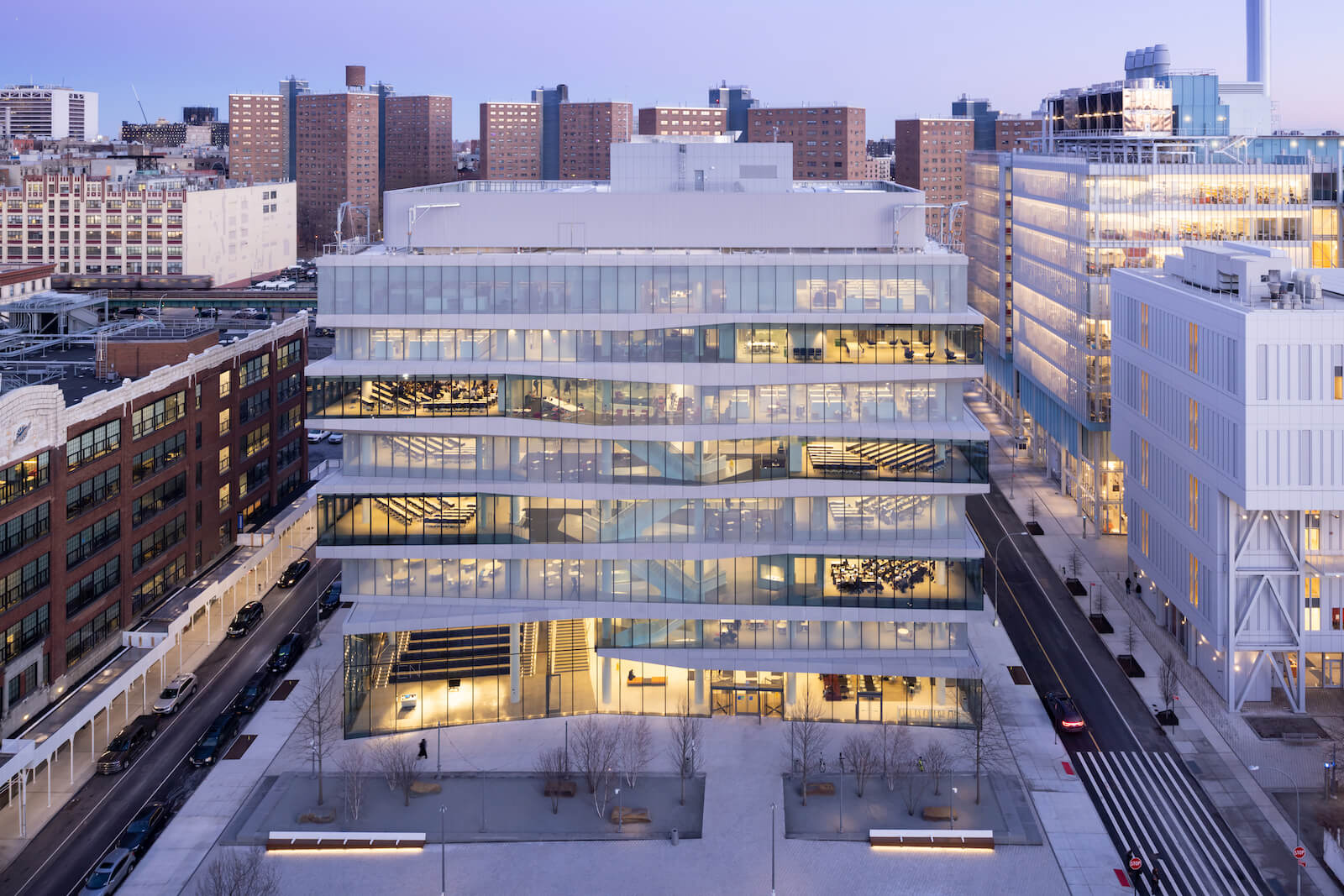 The space is part of the street level, which the school makes open to the public. Kravis’s grade level even includes a retail space, while Geffen’s has a cafe. Moves like this helps to embed the building into its West Harlem milieu. So do views through the transparent facades that connect students and faculty all over the buildings to views of the Hudson River and the George Washington Bridge. 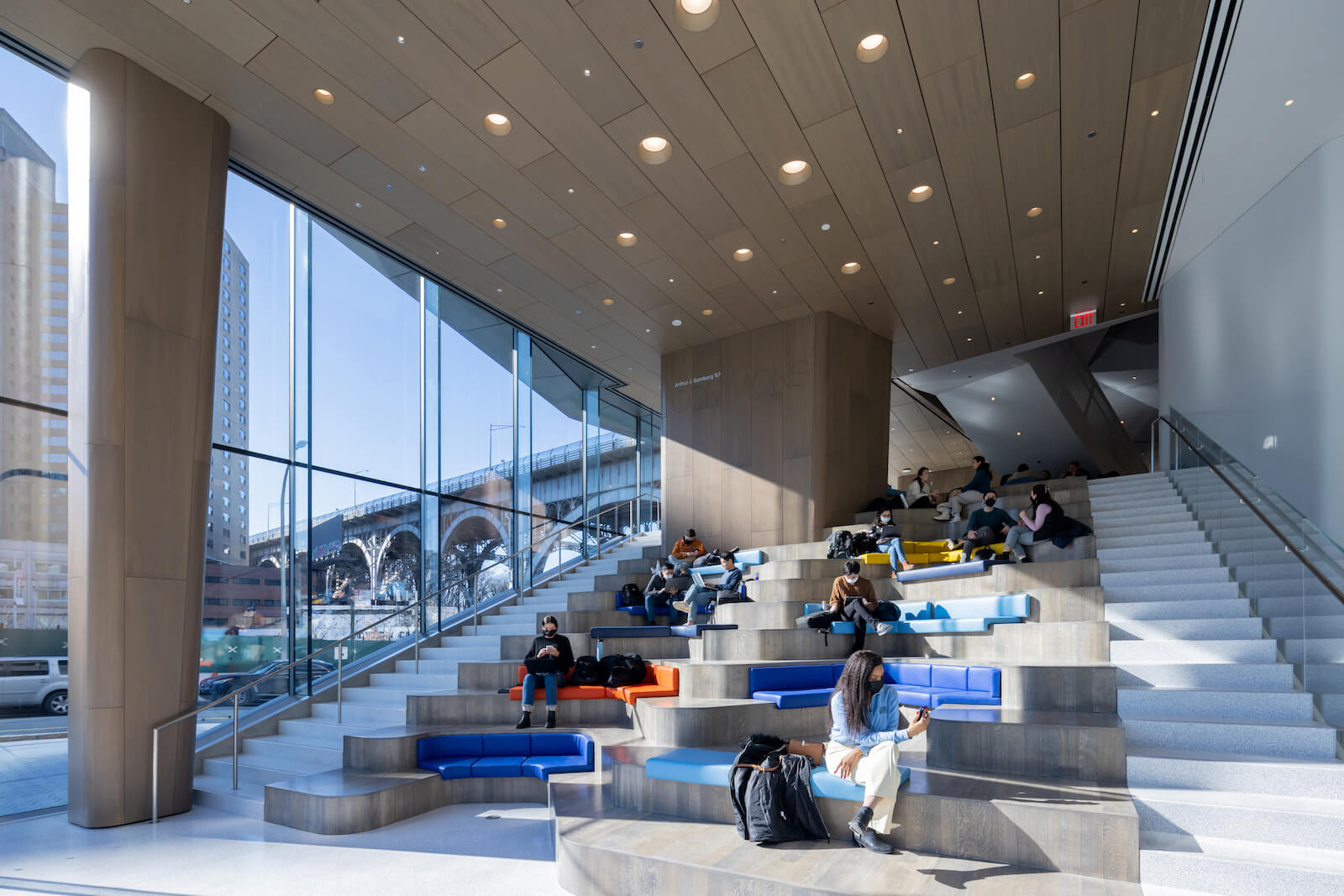 The school’s programming also reinforces this connection. An innovation lab on the second floor of Geffen Hall establishes the first permanent home for the Columbia-Harlem Small Business Development Center, which delivers programs and services to more than 400 small-business clients, investing $6-million into the economy. 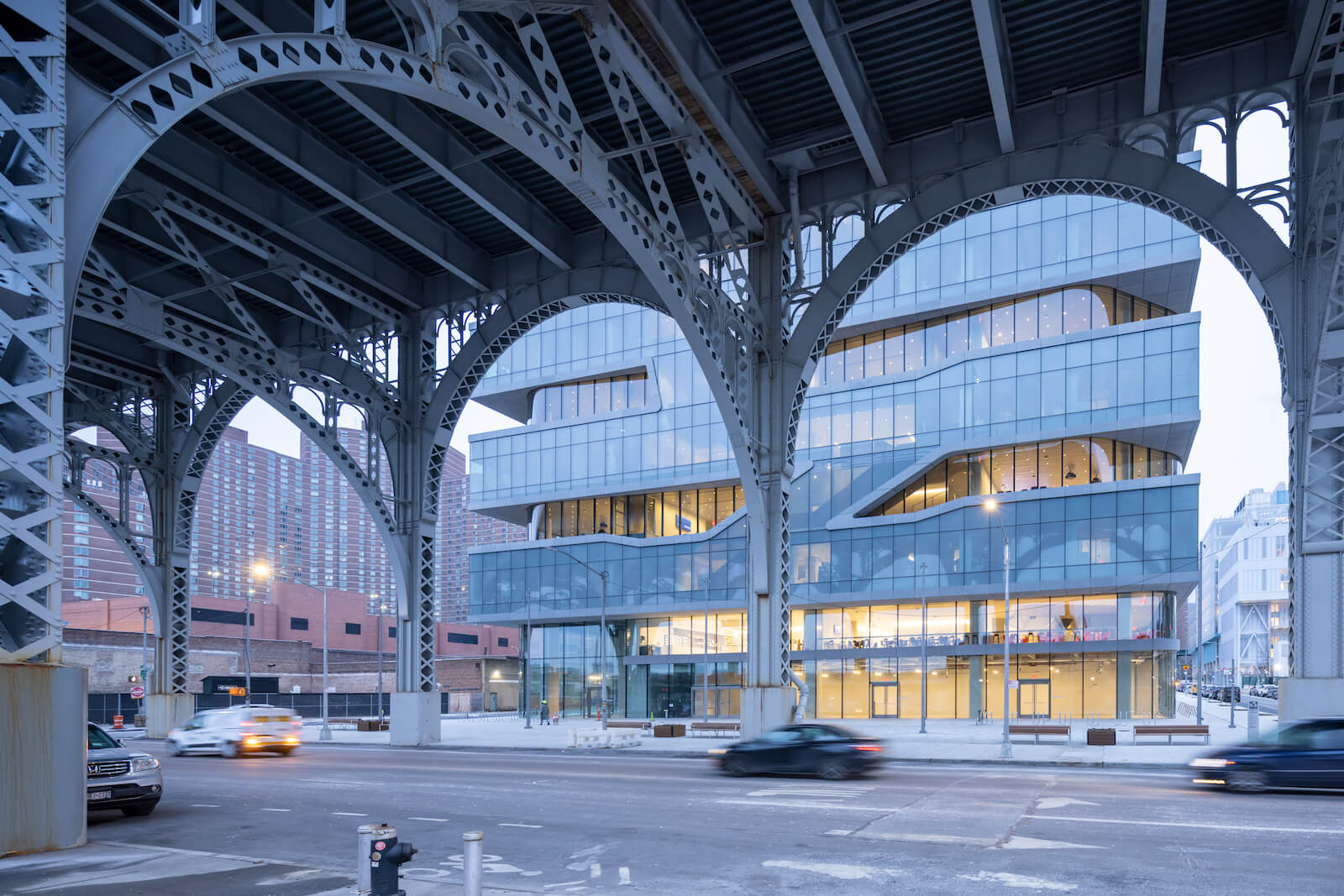 Beyond the local context, the project represents a bold ambition for a business school in a challenging, yet expansive, time. As the school’s dean, Costis Maglaras says, “Modern business practice is increasingly collaborative and non-siloed and is predicated on an expanded adoption of technology, data and advanced analytics alongside the fundamentals of traditional business education. Our new, open, light-filled spaces reflect this reality.”

In collaboration with FXCollaborative, the New York firm adds another major work to Columbia University’s campus.