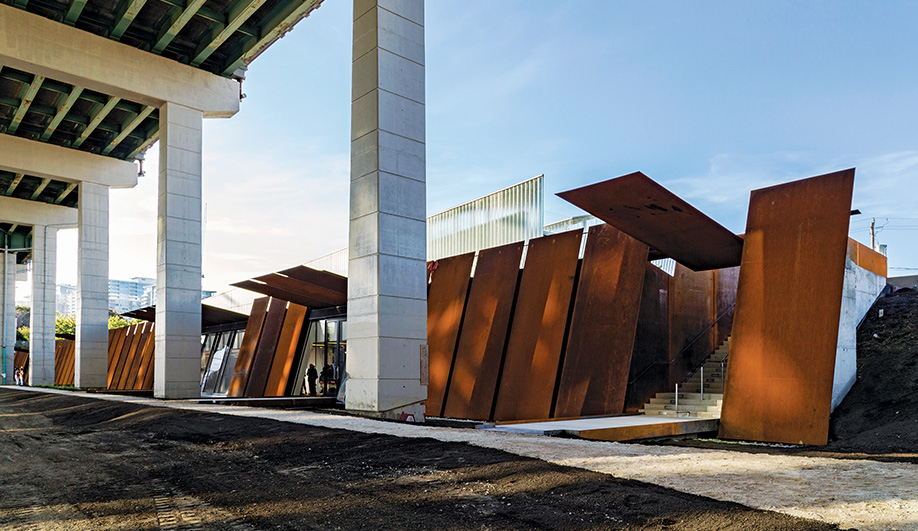 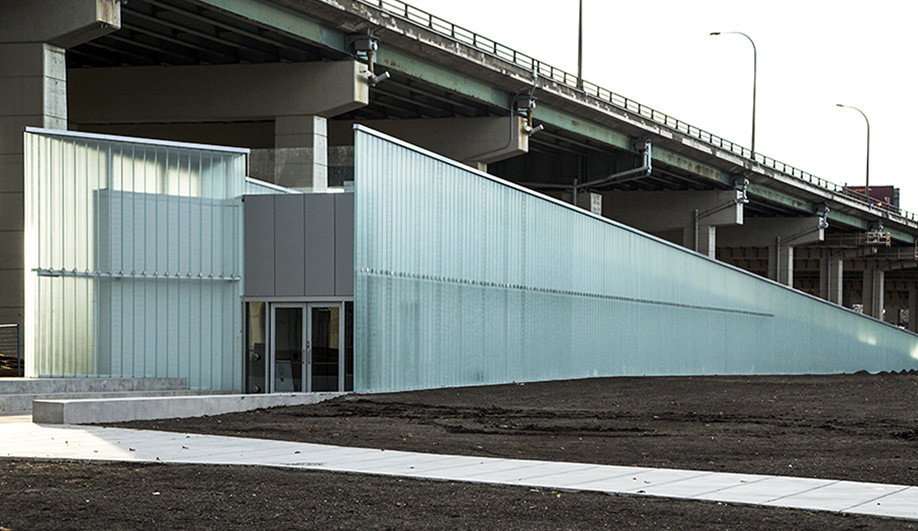 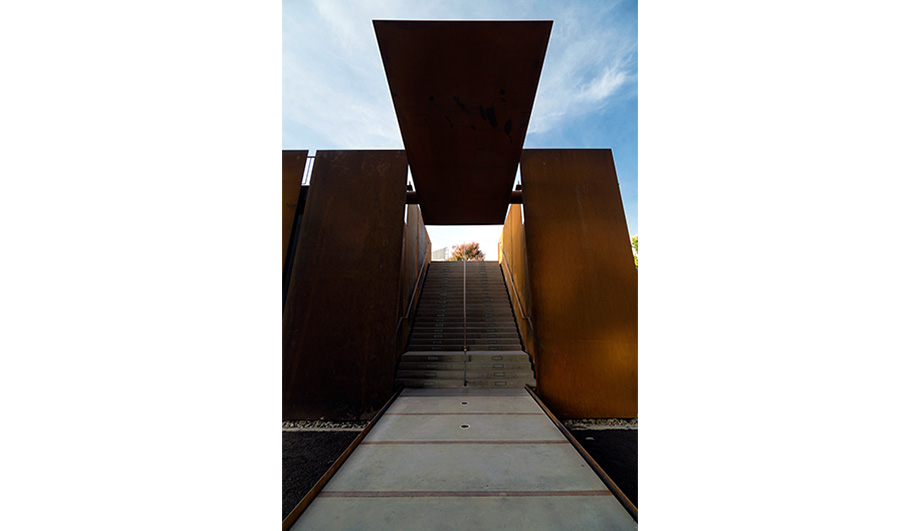 Designed by Patkau Architects and Kearns Mancini Architects, the low-slung structure nestled behind the Gardiner Expressway reinforces historical context in a busy metropolis.

“It’s in a land of giants,” says architect Patricia Patkau. “There’s the Gardiner Expressway, plus two bridges and a railway yard. Then there’s the delicate defensive landscape within all of that, which was essentially lost in the city. People didn’t know it was there.”

Patkau, principal of the Vancouver firm she runs with her husband, John Patkau, is referring to the site of the Fort York Visitor Centre, a new “front door” to the 17.4 hectares of Toronto’s oldest settlement. The partners designed the exhibition and administrative building in collaboration with Toronto’s Kearns Mancini Architects, inserting it into the uneasy southern end of the historic site. To the north lies Garrison Common, a grassy plateau that became a pivotal battleground during the War of 1812; overhead is the Gardiner Expressway; and all around are shining towers that evince the city’s ongoing growth spurt.

Given the small scale of the 2,508-square-metre structure relative to its surroundings, the team wanted to capitalize on the natural landscape to imbue the centre with a larger presence. Fortunately, an escarpment (a shoreline at the time of the fort’s founding, now separated from Lake Ontario by infill and two blocks of residential highrises) provided a backdrop for the long, barge-shaped building. Described by project architect Dan McNeil of Kearns Mancini Architects as a “reinforced tube,” the centre acts as a retaining wall leaning against Garrison Common, which leaves it with just the front facade.

To convey a strong, defensive character, the team clad the facade’s 150-metre length in sheets of Corten steel lined up along the ridge, recalling a berm. Another 37 panels, yet to be installed, will visually extend the structure along a boardwalk with wetland-inspired landscaping. Some panels appear to be flipped up, awning-like, to offer glimpses of the interior through full-height windows; all are bolted permanently in place, but they can be dismantled to give maintenance crews access to the expressway when necessary.

Inside, visitors enter a corridor that leads to new administrative offices and mechanical rooms in one direction, and to exhibition spaces and community meeting rooms in the other. At the heart of the building, an extended ramp proceeds to the top of the escarpment and deposits visitors on the open lawn of Garrison Common.

In what may be the most poetic gesture, the ramp’s sloping rooftop reveals prime views of the distant barracks. Like a classical work of art, Fort York’s original context may have disappeared forever, but fortunately the visitor centre frames it perfectly. ­