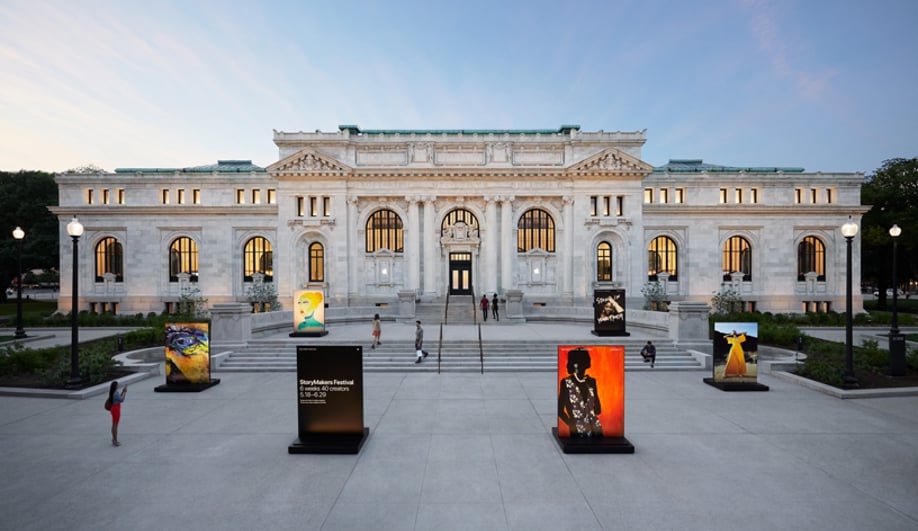 Vernon Square is one of Washington, D.C.’s grand moments. Bisecting K Street at the diagonal intersection of New York and Massachusetts Avenues, the small piazza stakes a prominent spot at the heart of the District. Here, the Carnegie Library of Washington, D.C., is an appropriately grand – albeit long underused – architectural offering, with a Beaux-Arts building that sits at the nexus of Washington’s corridors of power. On May 11, the former public library began a new chapter as D.C.’s second Apple Store. 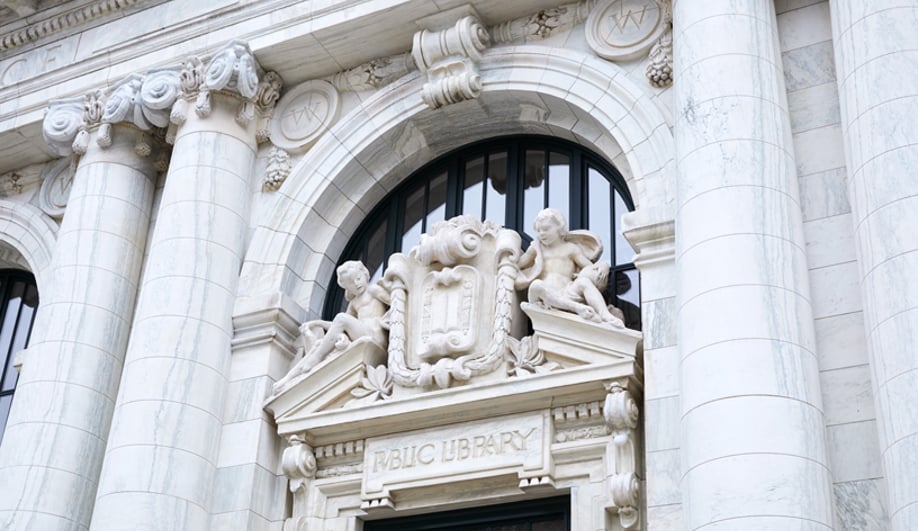 Completed in 1903, Vernon Square’s Carnegie Library was one of almost 1,700 American libraries funded by industrialist Andrew Carnegie. Designed by the New York firm of Ackerman & Ross, the ornate building served as D.C.’s central location until 1970, when functions were moved to Ludwig Mies van der Rohe’s new Martin Luther King Jr. Memorial Library. In the decades to come, the building remained mostly unused, with the Historical Society of Washington, D.C. – which also briefly operated a museum there – remaining the primary tenant since 1999. Now, the Historical Society is joined by a Foster + Partners-designed retail space. 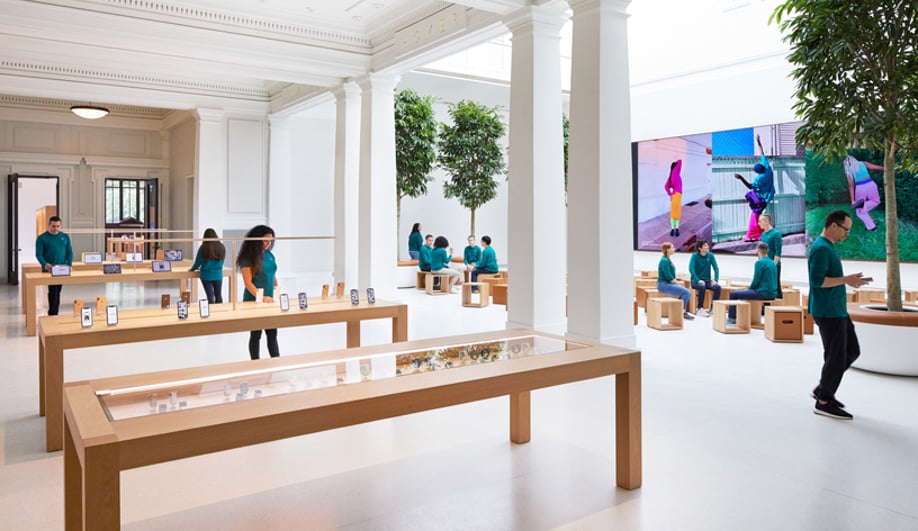 For Foster + Partners, the D.C. location is the latest in a growing portfolio of Apple retail spaces, though one that stands out as a rare adaptive restoration. Inside and out, the historic building has been revitalized to an impressively pristine condition.

On K Street, a new entry plaza sets the tone for the store, with the grand entryway opening out to Apple’s ground-floor space. Working with the tech giant’s longtime Chief Design Officer, Jony Ive, Foster + Partners honed a streamlined and minimal interior design language that highlights the building’s Beaux-Arts flourishes. 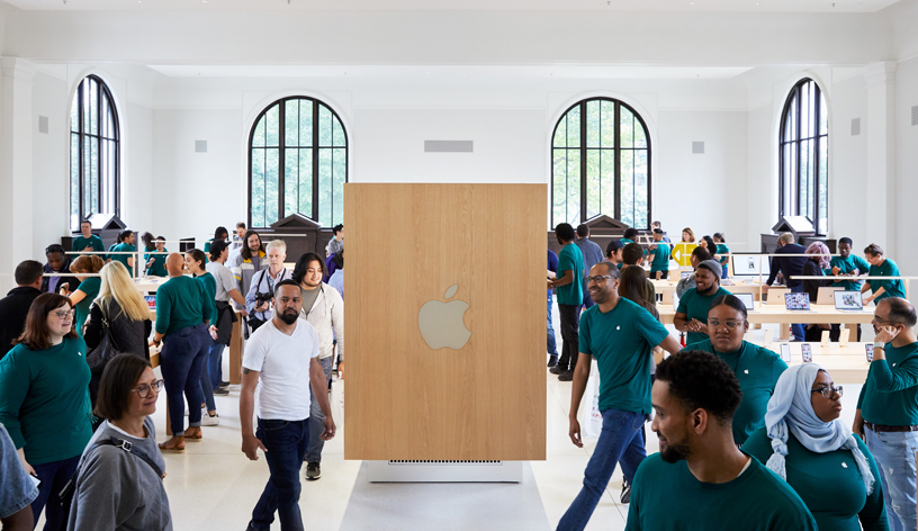 The pared-down store complements the ornately detailed interior’s in a pleasantly subdued manner that emphasizes openness, natural light and unobstructed sight-lines. Meticulously restored architectural flourishes stand out against the sleek interior, framing a series of pleasantly airy spaces punctuated by greenery. The bookshelves are gone, but – refreshingly, for a retail space – products take up relatively little floor space. 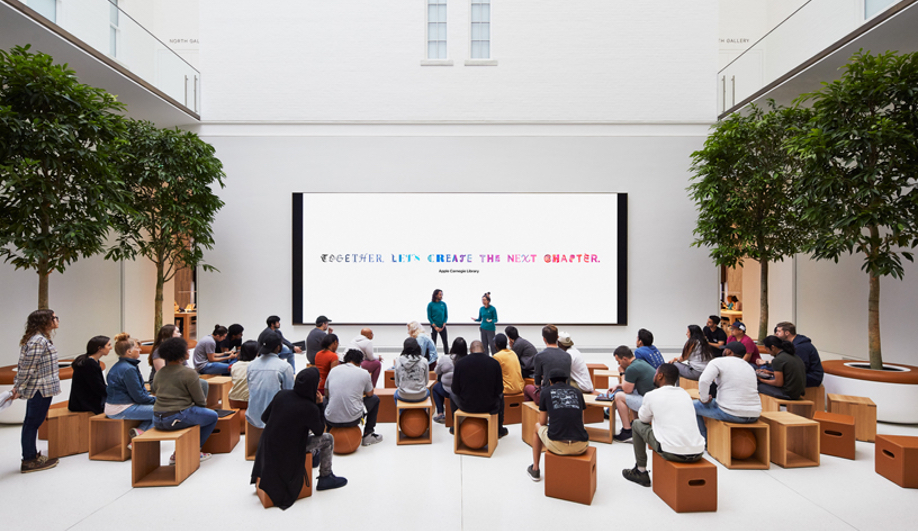 In 2019, Apple stores are as much a branding exercise as a point of sale. As the trillion-dollar company increasingly pivots towards services, brick-and-mortar retailers also offer an experiential introduction to its paid services and “community.” It’s a sentiment often echoed by Apple CEO Tim Cook. “We should probably come up with a name other than ‘store,'” Cook said, as he introduced the new Carnegie Library location, “because it’s more of a place for the community to use in a much broader way.” 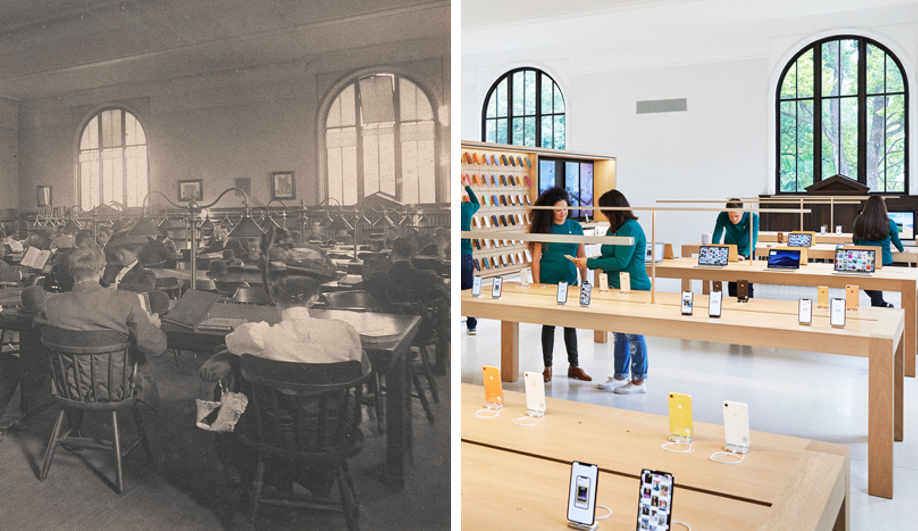 The notion of community is reinforced by the store’s layout and programming. Inside, a marquee double-height space – dubbed “The Forum” – is devoted to hosting the free “Today at Apple” event series of public sessions led by artists and “creators.” According to a recent Apple press release, the programming is an apt reflection of the building’s public history, as “the library will once again be a centre for learning, discovery and creativity for the community, keeping with Carnegie’s vision of a public and free space for all.”

It’s a lofty vision – though one that belies the fundamental reality of a corporate retail space. Although the wealth of free, public programming is noteworthy, an Apple Store is hardly analogous to a public library. Regardless of whether the place is designed to sell iPhones or host events, the Apple Store is not a true public institution, remaining a sales and marketing arm of a for-profit company. In contrast to Apple’s vision of a free public space, CityLab’s Kriston Capps describes Apple’s tenancy as “the privatization of public space.” It’s not a value judgement so much as a statement of fact. 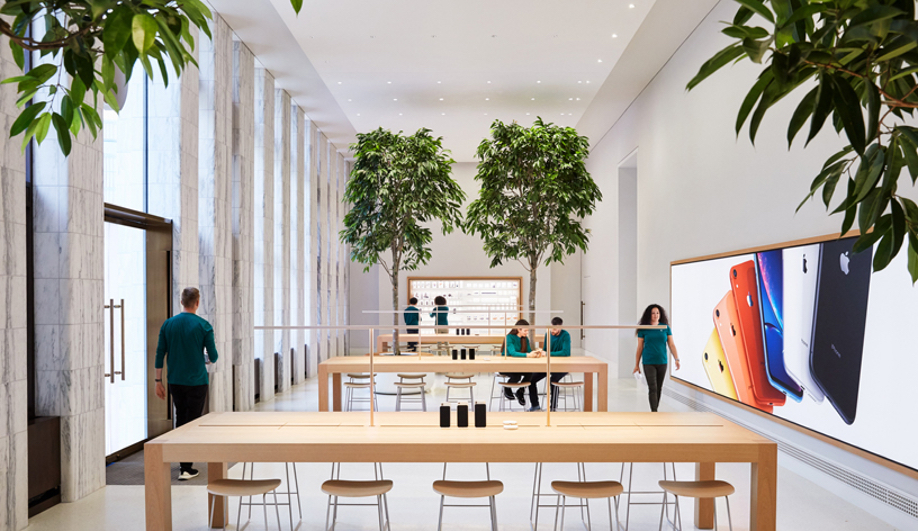 Capps also provides important historic context for the project, arguing that the socio-economic conditions that led to the Carnegie Library’s decades of vacancy are now a thing of the past. “Today, the city is on strong financial footing,” he writes. “Arguably, there has never been a better time to do the work to organize a cultural anchor for downtown D.C.”  But does the Apple Store fit the bill?

While Apple’s commitment to free public programming is laudable, it also erodes the boundary of public space and retail. Architecturally, the design skillfully reflects this hybrid model, providing open and accessible spaces – but not truly public ones. The trouble with the Apple Store isn’t just that it privatizes a public space, but that it so artfully compels us to believe otherwise.