gh3’s maze of a park opens in Mississauga
One of Canada’s most renowned firms, gh3, has received a Merit of Excellence from the city of Mississauga for its Scholars’ Green Park, an outdoor plaza defined by walkways that crisscross in so many directions there is no need to wander off route. 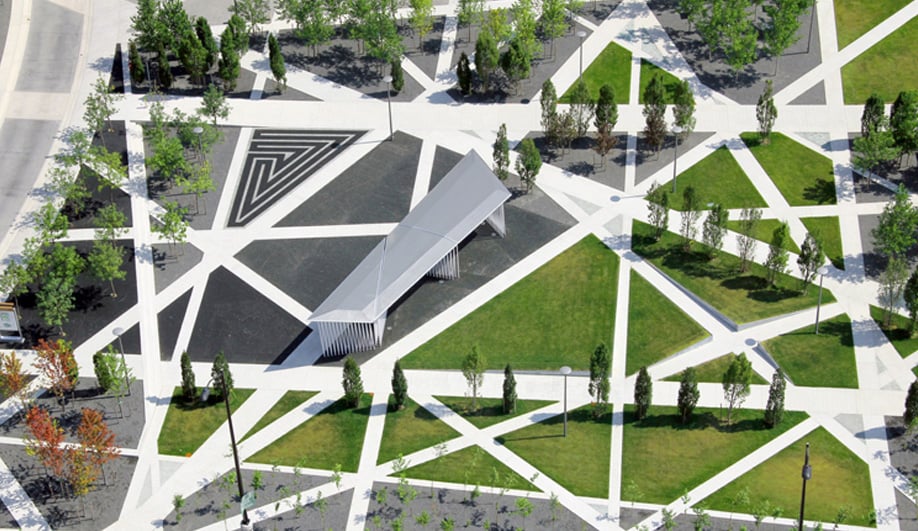 The renowned Toronto firm gh3 has won an award of excellence for a new park in Mississauga that’s defined by dozens of criss-crossing walkways. 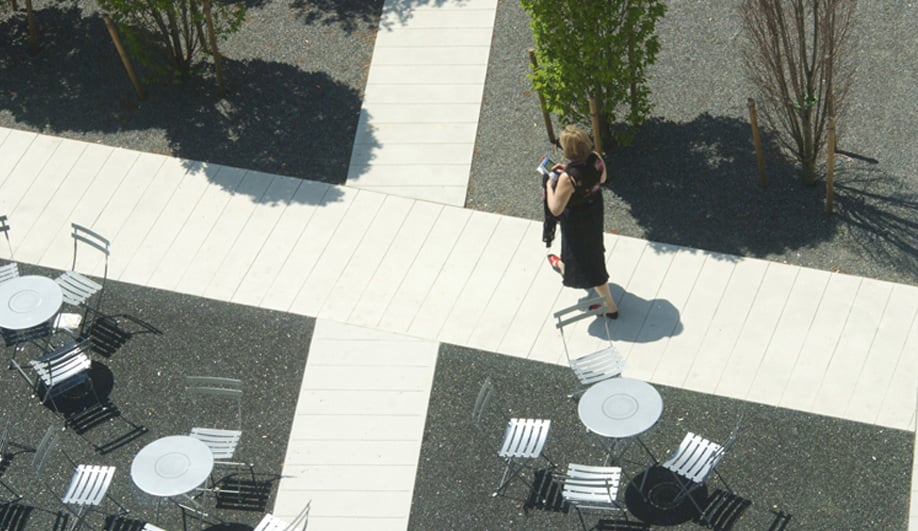 The downtown park is accessible by both students and faculty and nearby community residents. 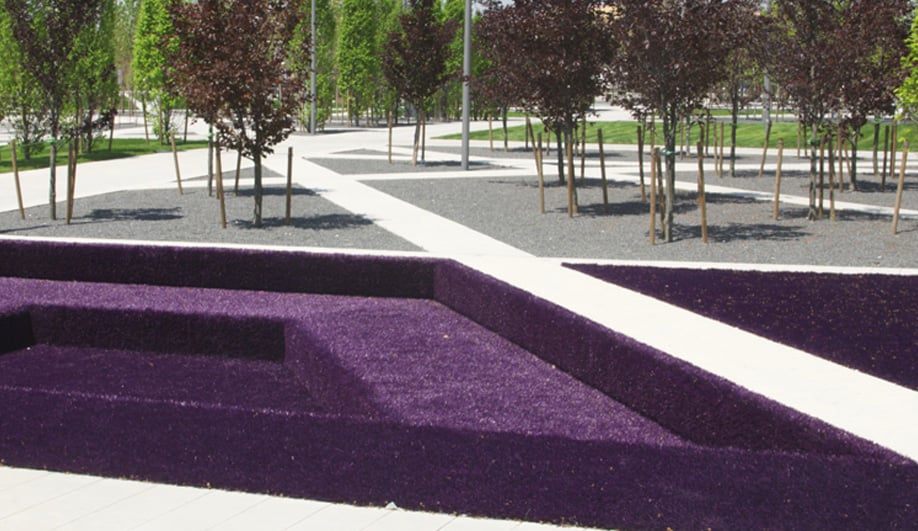 Among the parks various amenities is an amphitheatre that invites classes to be taught outdoors. 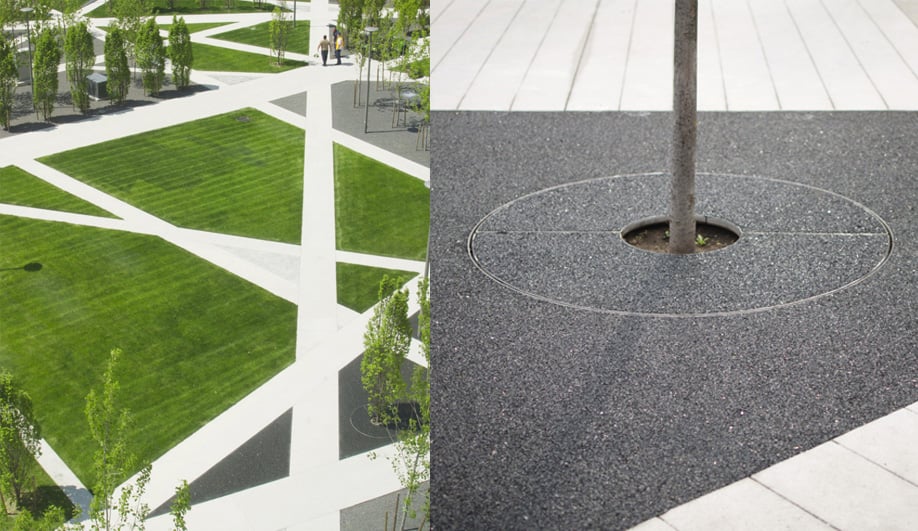 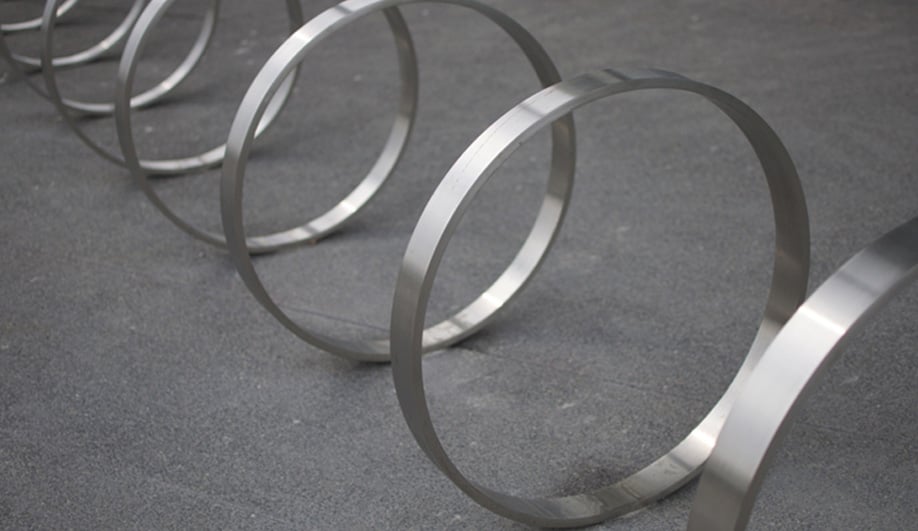 The park is designed to accommodate pedestrians and cyclists.

The less-then-one-hectare parcel is the latest addition to the new Sheridan College campus, which opened this fall in downtown Mississauga, a satellite city outside Toronto. A joint collaboration with Terraplan Landscape Architects of Toronto, the new public space is intended as a common space for both students and faculty and the surrounding residential community.

Its various facets include teaching amphitheatres, grassy quadrangles, outdoor café areas and rows of columnar beech trees. gh3 describes the park’s configuration as “a series of discreet outdoor rooms,” though, its most defining feature is the dramatic and inviting web of walkways that crisscross the entire parcel like a lattice.

The pathways are made of permeable recycled glass paving with glow-in-the-dark concrete patterns complimenting extensive plantings and a pedestrian and cyclist infrastructure.

gh3 notes that the elaborate circulation system is a modern take on Harvard Yard at the centre of the famed Cambridge, Massachusetts, campus. The firm has been inspired by the Yard in the past, including with its award-winning Trinity College Quadrangle at the University of Toronto, where an expansive plaza surrounded by campus buildings is made up of a defining concrete and grass quilt-like maze.

Scholars’ Green Park is another interpretation of the traditional maze but with a contemporary aesthetic that’s in keeping with the brand new college in a city that’s undergoing another evolution of densification.

The Mississauga Urban Design Award of Excellence for the project was bestowed last month. The Absolute World towers, the first skyscrapers to be built in the mostly residential city, also recieved recognition. Known locally as the Marilyns, because of their curvy forms, the twin towers are the first major North American project to be completed by the young Beijing firm MAD Architects.