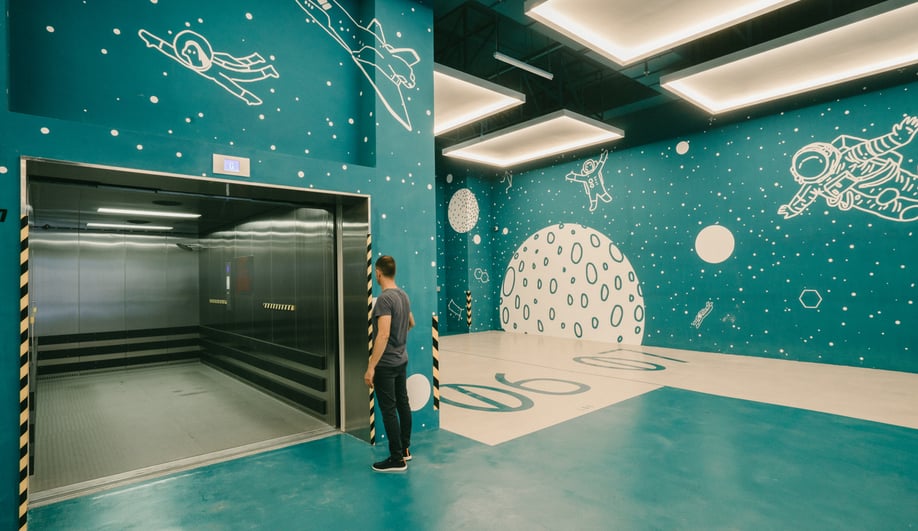 If the law of gravity holds that whatever goes up must come down, the design principle behind Gravity – a 29-storey office hub for tech start-ups in Hong Kong – is just as obverse: A sleek, futuristic exterior demands a playful interior. 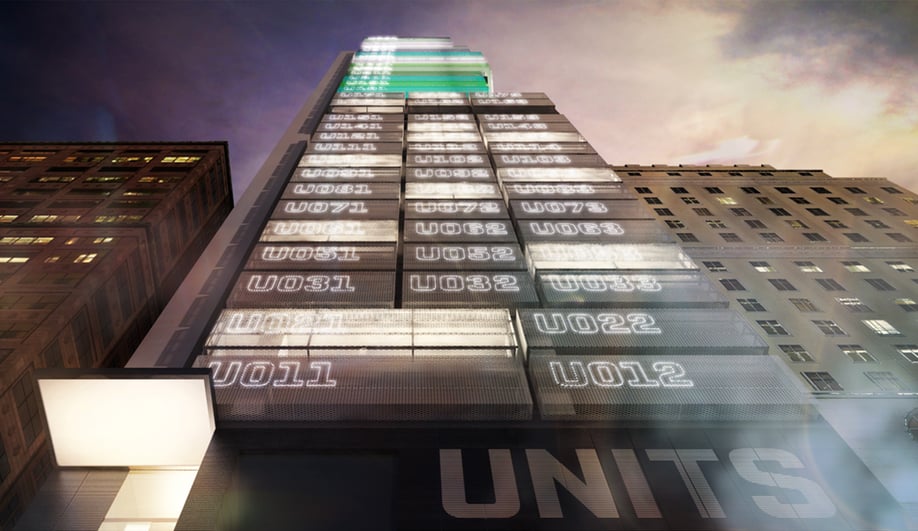 At least that’s the way Lagranja Design, the Barcelona firm at the helm of the project, saw it. The studio achieved that playfulness by bringing in fellow Spaniard Javier Royo to adorn key spaces with colourful, upbeat graphics.

In contrast to the building’s modular facade, which sports Blade Runner-esque LED signage based on graphics by Mario Eskenazi, Royo’s whimsical depictions of bicycles, whales, astronauts and even toothbrushes “make up a kooky world that sits between the handmade and digital, the high and low tech.” 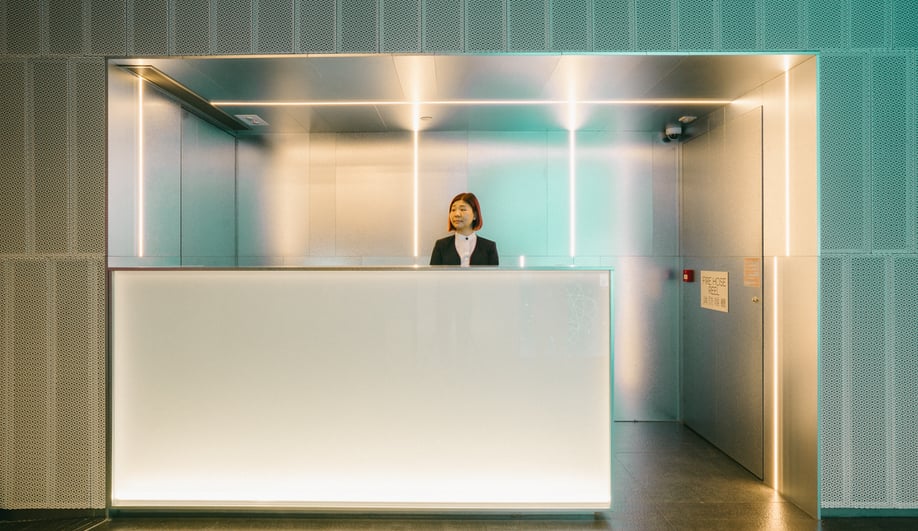 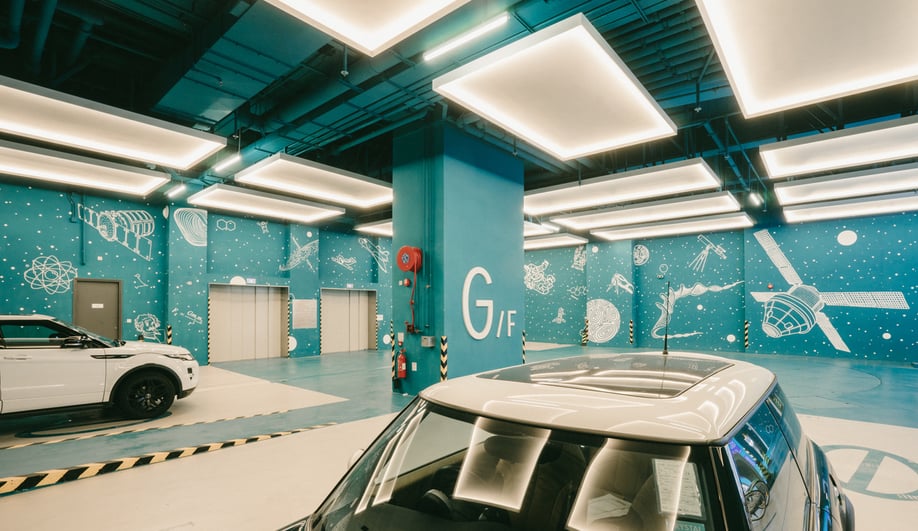 The areas embellished with Royo’s work include most of the building’s common areas, from the parking garage and main lobby to elevator halls and washrooms. Ranging from turquoise to icy green, the tones of his surfaces change from floor to floor, adding “a spatial illusion” to the confined, narrow layouts. 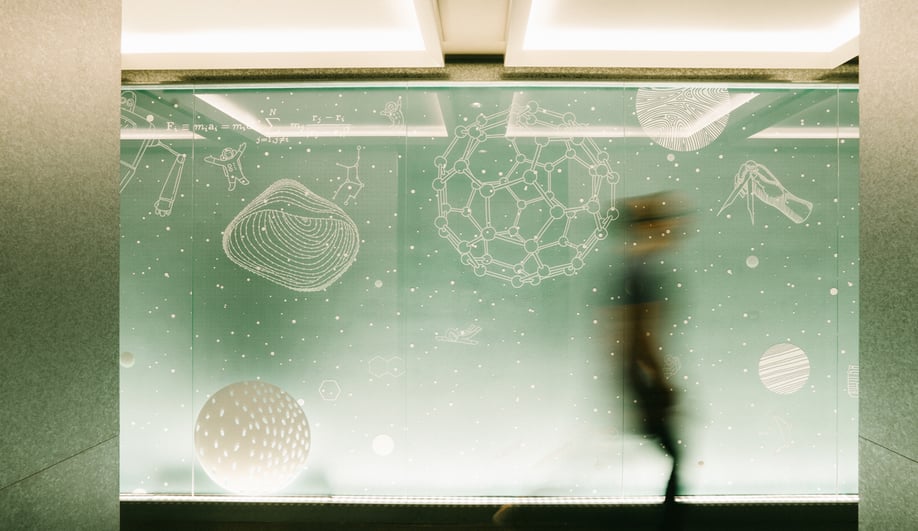 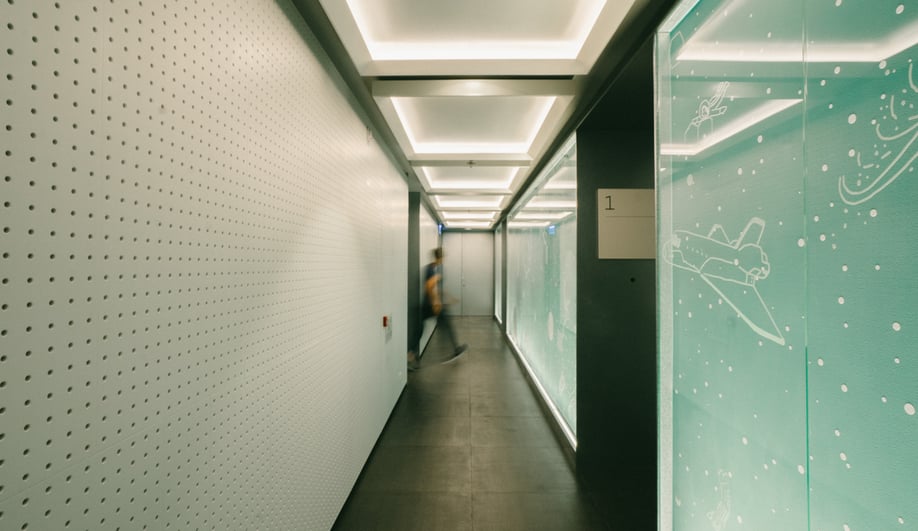 Amplifying all the whimsy – literally – is a bright, reflective framework composed of polished concrete floors, mirror-like textured ceilings (which conceal electrical and plumbing installations) and shiny metal finishes. Overall, say the designers, the feeling is of “being inside a giant spaceship on a journey to Planet Fun.” 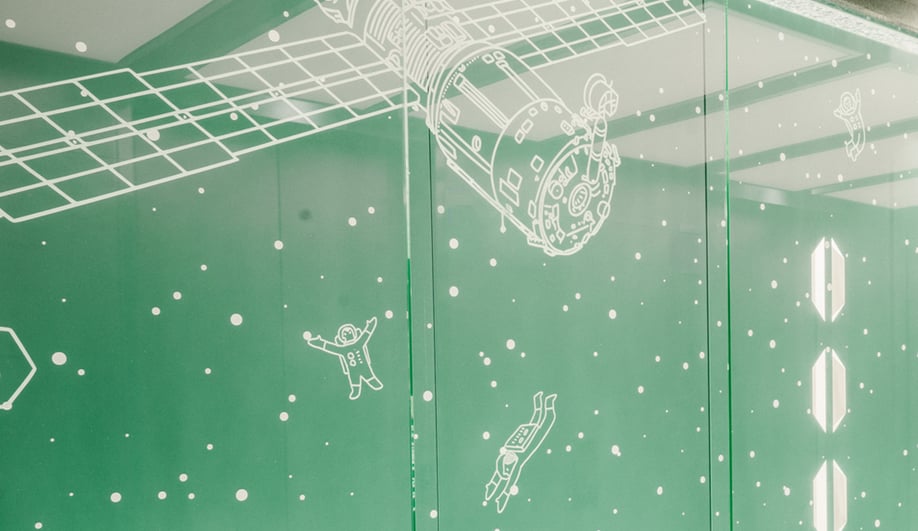 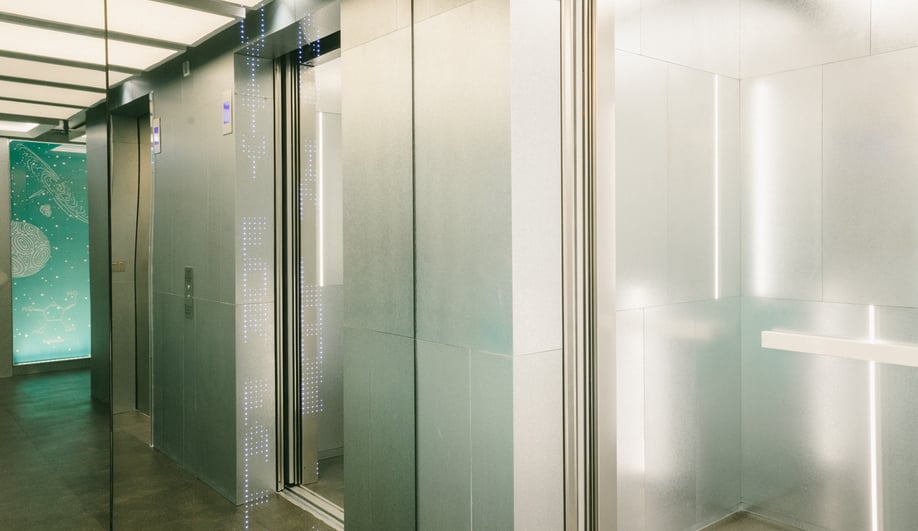 If Royo’s graphics instil a sensation of being suspended in time and space, however, the project overall is decidedly of its place. “We are always aiming to contextualize our projects,” says Gerard Sanmarti, cofounder (with Gabriele Schiavon) of Lagranja. “In the case of Gravity, we think that it could have only been designed for Hong Kong, a daring, incredibly dense city but one that can often lack a human touch.”