An Office Tent for Group Huddles
Need time to think at the office? British designer Freyja Sewell is inspiring creative chatter with a womb-like tent. 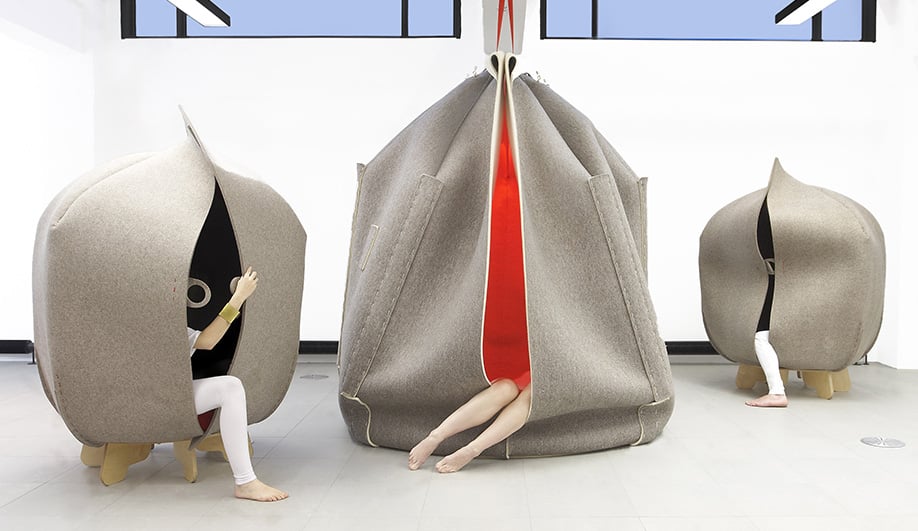 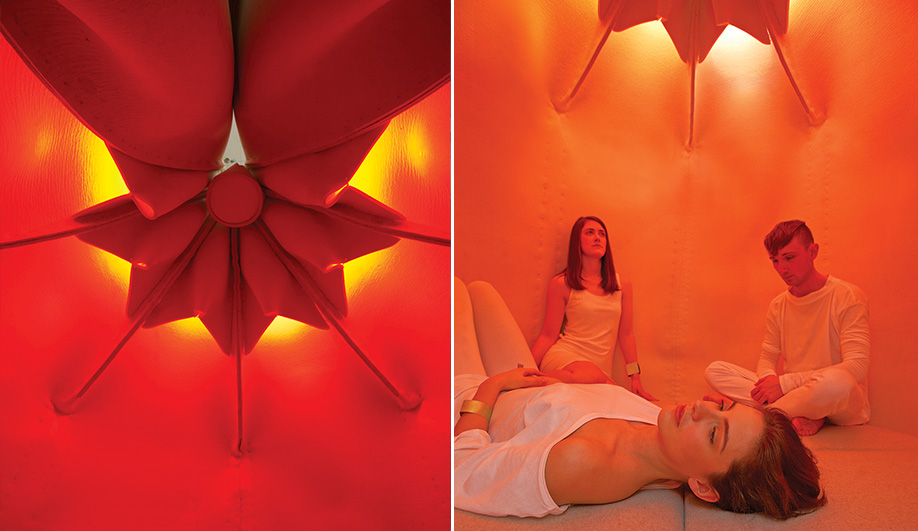 According to Google, nearly 90 per cent of smart phone users spend their free time staring at a screen. While zoning out online may be relaxing, it can also cause stress, anxiety and insomnia. It further takes over human interaction with alarming ease (who hasn’t come across a bunch of people sitting together yet conversing on their personal devices?). Freyja Sewell addresses that digital reality with Sensory Concentration Space, an environment similar to a tent, entered through a narrow slit and intended as a place for groups to unplug and converse.

Last year, the British designer was approached by a multinational company seeking a novel way to help its employees think creatively in small gatherings, without inhibition. Sewell has been building felt-made pods for solitary escapes since 2011, so she responded to the commission with a version that holds five to six users at once.

To create a distraction-free interior, she engineered an exterior framework and kept any technical details hidden from view, leaving a cozy space of relaxing blankness. A small pocket holds an iPad to program a palette of LEDs and ambient music. The all-over felt surface feels as inviting as a blanket, with small woollen discs to douse with essential oils for added olfactory benefits.

Sewell is sanguine about how the SCS can affect employees’ states of consciousness when they’re huddled inside: “I am hoping it will lead people to heightened awareness,” she says wistfully. “The idea is to allow it to help them reconnect with the authentic.” She is now exploring other environments, including a centre for children with special needs, that could benefit from group cocooning. ­