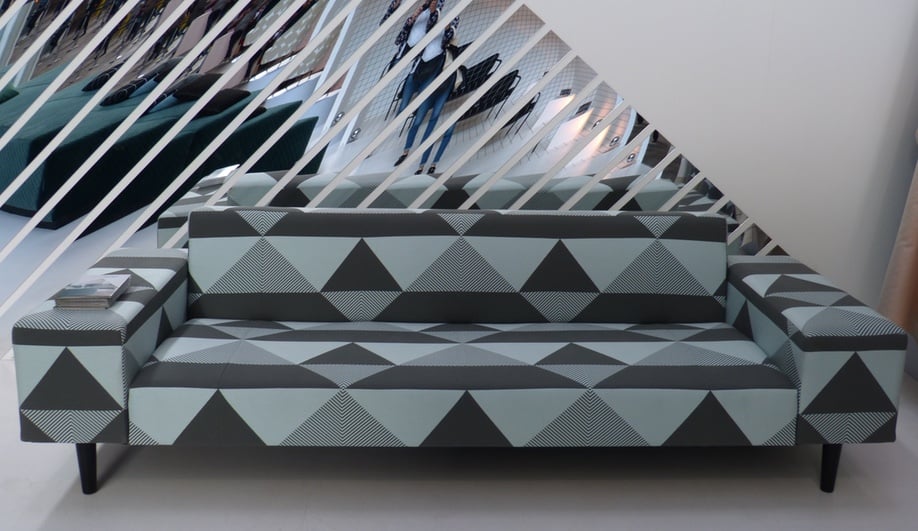 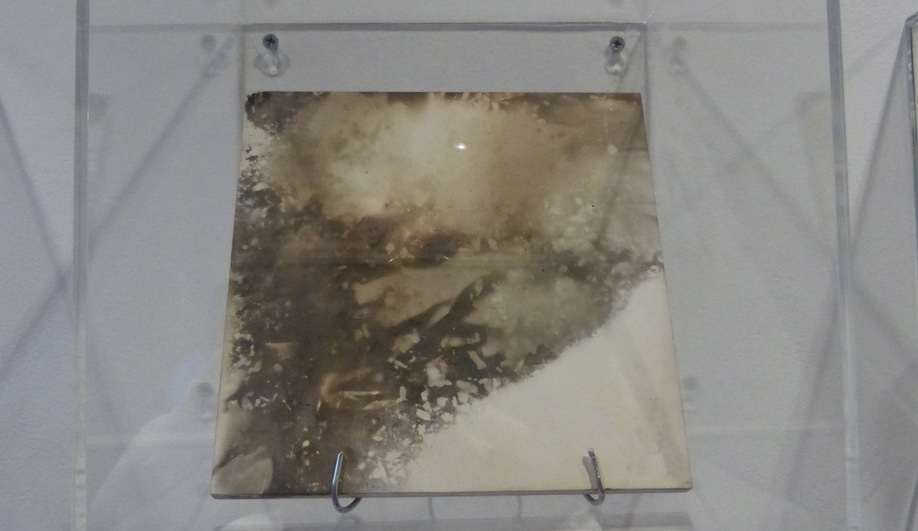 1 Assemble at Ready Made Go 2
Turner Prize-winning architecture practice Assemble designed a line of raku-fired ceramic-bisque tiles for the Ace Hotel in Shoreditch. Part of Ready Made Go 2, the tiles actually smell like a coal barbecue. 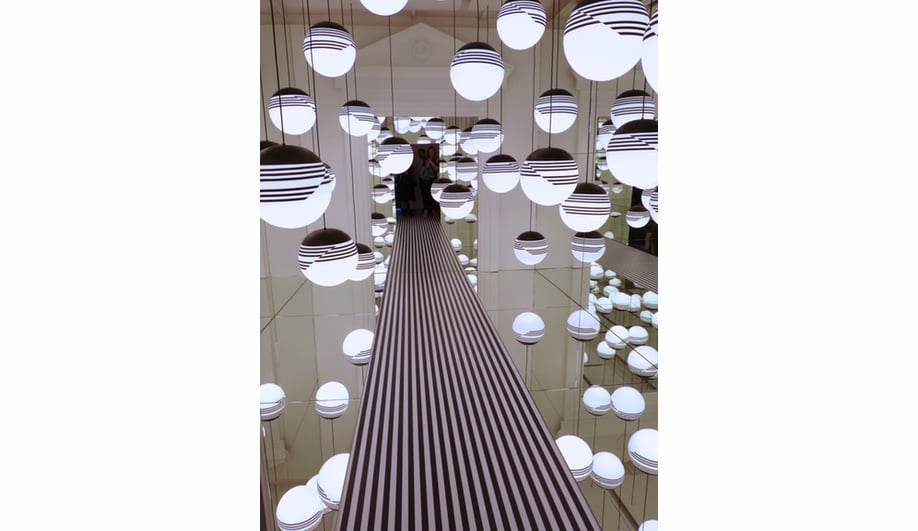 2 Lee Broom’s lights
Lee Broom designed a range of hand-blown glass pendant and table lamps with enamel stripes. He mocked up a portion of his Shoreditch studio with mirrors, making 30 lights look like hundreds. 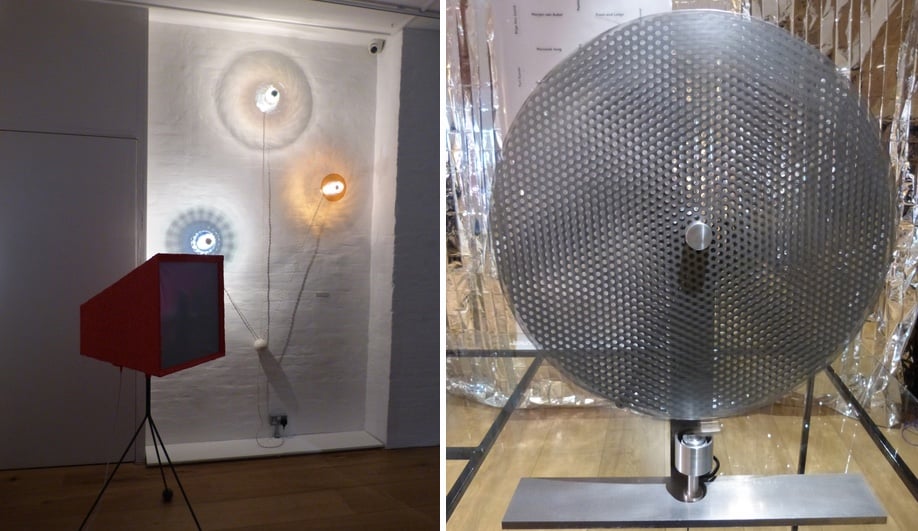 3 Electrocraft
What sort of tech would you create if mass-production weren’t an issue? That was the question posed by Tord Boontje, showcased the results, by more than 30 independent designers, in ElectroCraft, mounted at his Shoreditch space. 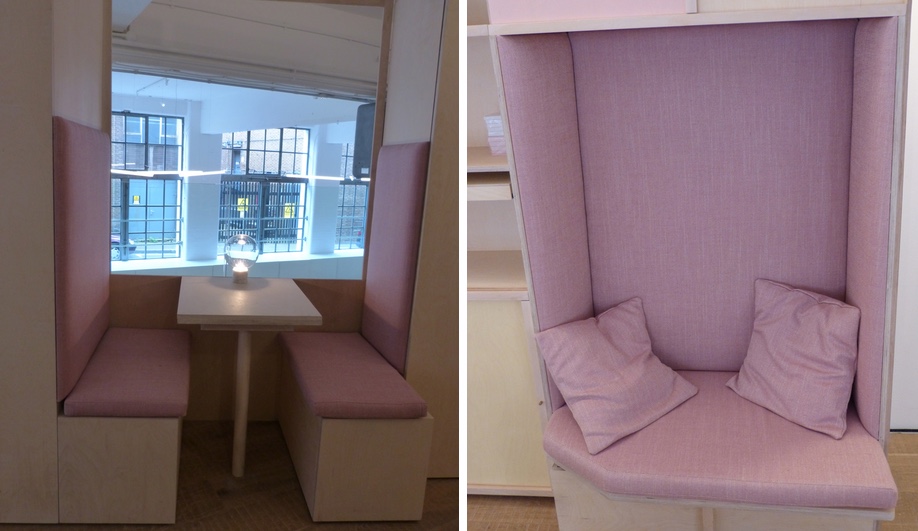 4 Nina Tolstrup and Bare Minimum
Bare Minimum, at Viaduct, exhibited 16 pieces that reflected the bare essence of the design. It also showed elements from a 13sq m microhouse designed by Nina Tolstrup. 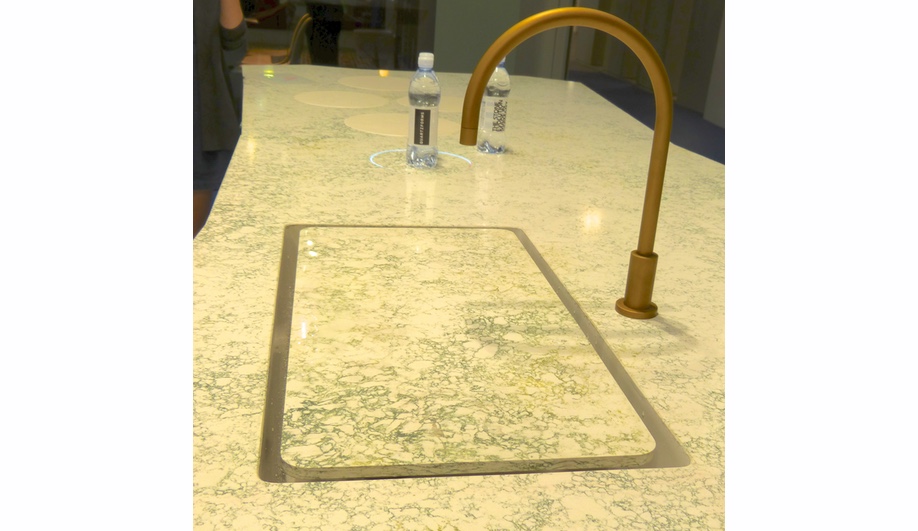 5 Arredo3 and Quartzforms
Italian company Arredo3 turned up to 100% Design with a kitchen island whose Quartzforms countertop was equipped with motion sensors to turn on the faucet; a flush-induction cooktop; and a sink that disappears when you insert a slab of quartz inside. 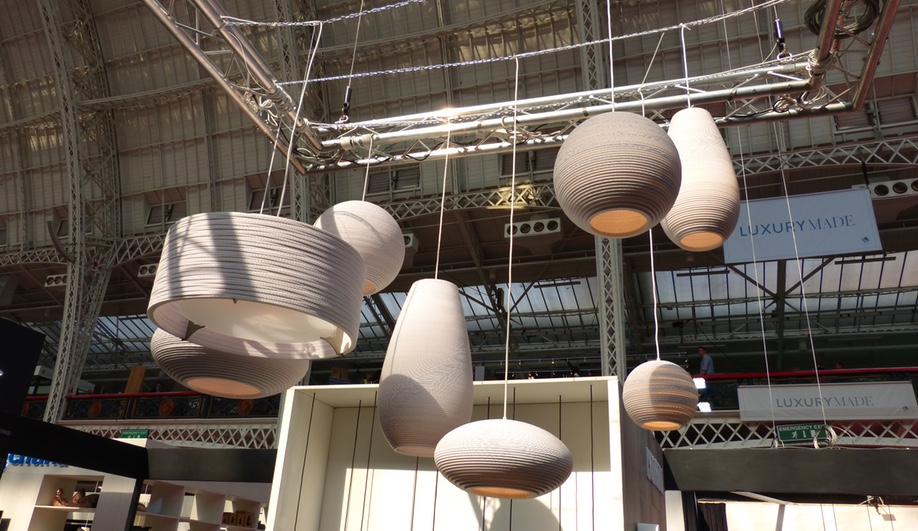 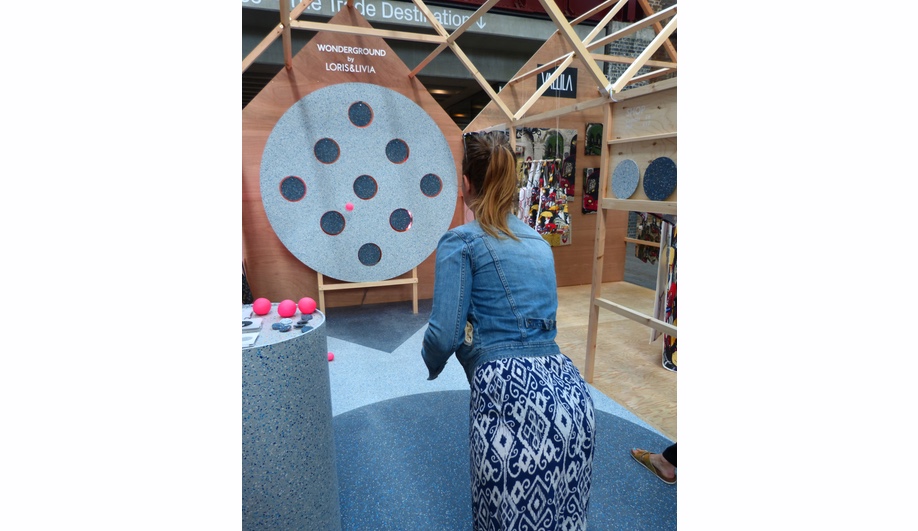 8 Wonderground by Loris&Livia
Swiss Londoners Loris&Livia rolled out jaunty rubber Wonderground terrazzo at DesignJunction, inspired by the speckled flooring of the London Underground (and financed by Transport for London). 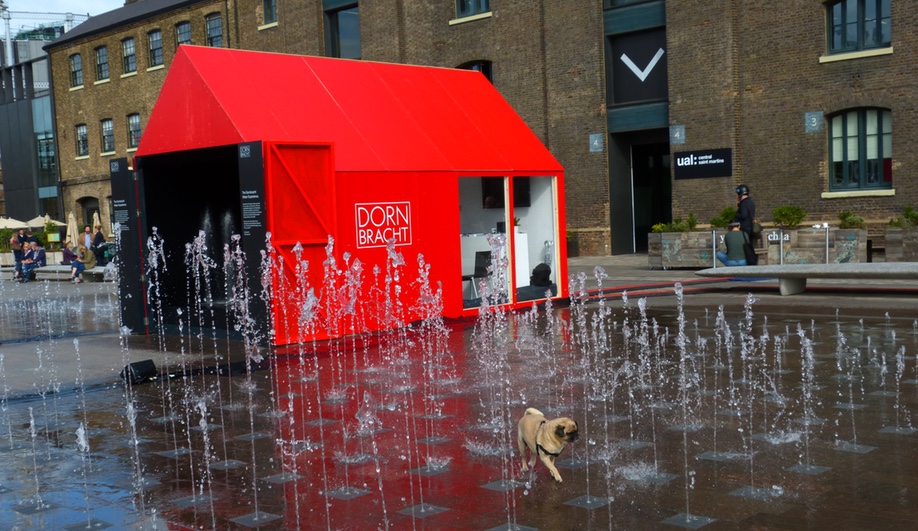 9 Dornbracht
Outside DesignJunction, Dornbracht set up by the water feature, spouting its own fountain in time with the surrounding ones while yoga-calm tunes in the background. This pug was remarkably energized, though. 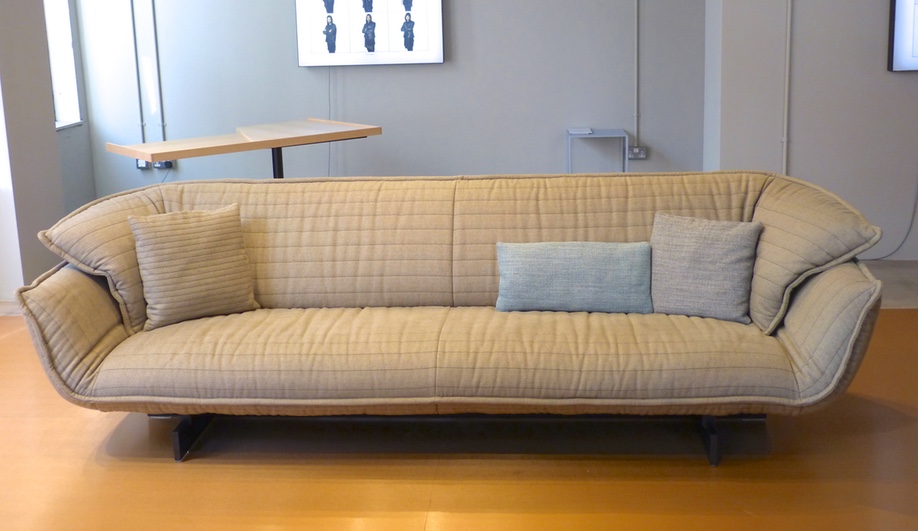 10 Beam by Cassina
It’s not a design festival until Patricia Urquiola launches a new product. This year it was the Beam sofa for Cassina, named for the beam base that can be customized to various sizes. 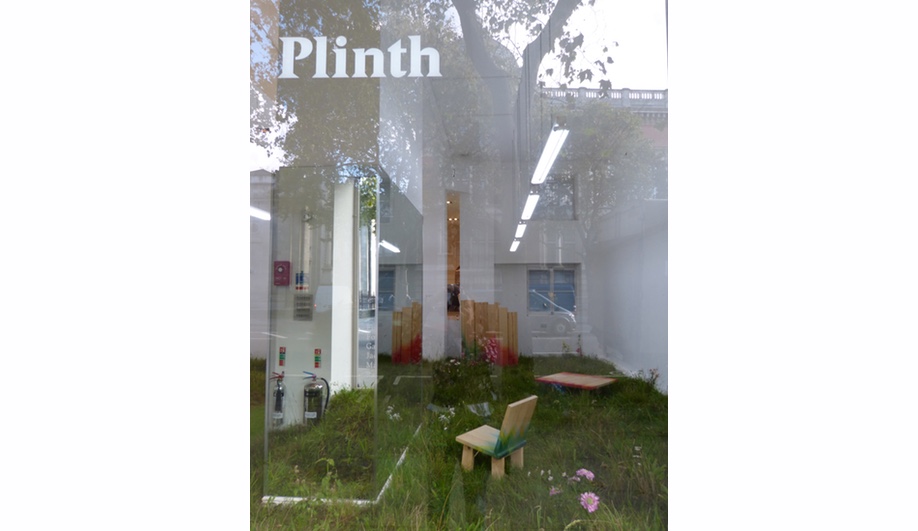 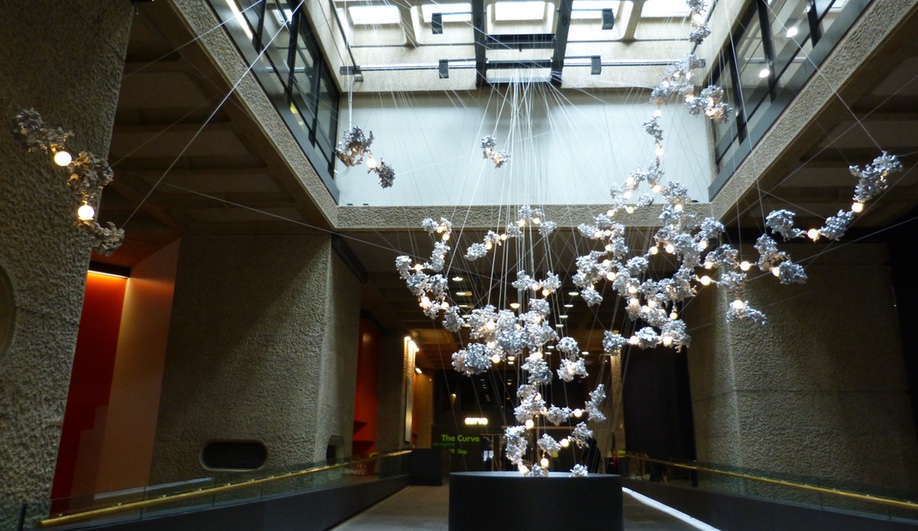 12 Bocci at Barbican
At the Barbican Centre, Omer Arbel of Canadian lighting manufacturer Bocci, cast 300 otherworldly forms in aluminum and suspended them from the ceiling with thin cables interspersed with bulbs. 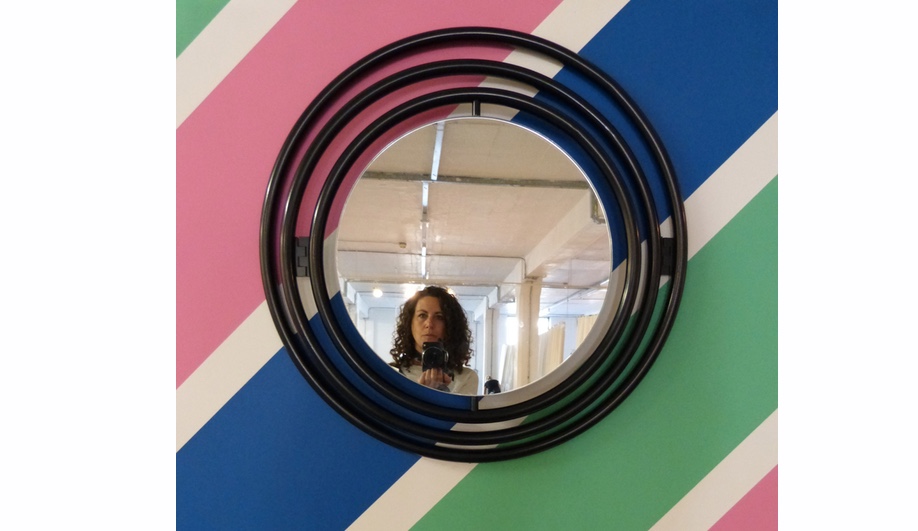 13 Round and Round by Kim Thomé
The Round and Round mirror unfurls from the wall to make pore-inspection a little less strenuous. It came out of a collaboration between Wallpaper magazine, bathroom specialist Sarah Watson and designer Kim Thomé, who showed it in the 100% Norway section at Tent London. 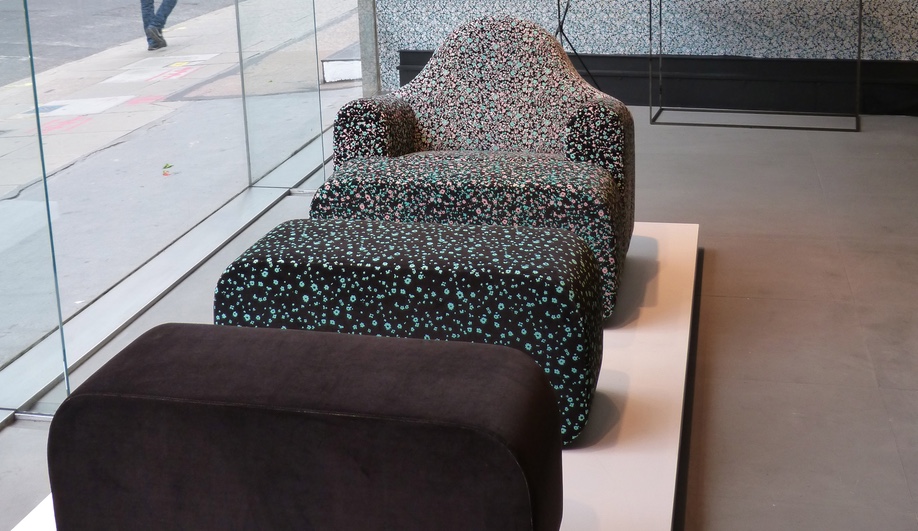 14 Slice by Ligne Roset
London design studio Custholm collaborated with 2 Lovely Gays (2LG) on a range of hand-printed wallpapers and screen-printed velvets for Ligne Roset. The manufacturer used a graduated series to shroud its one-off Slice chair by Pierre Charpin. 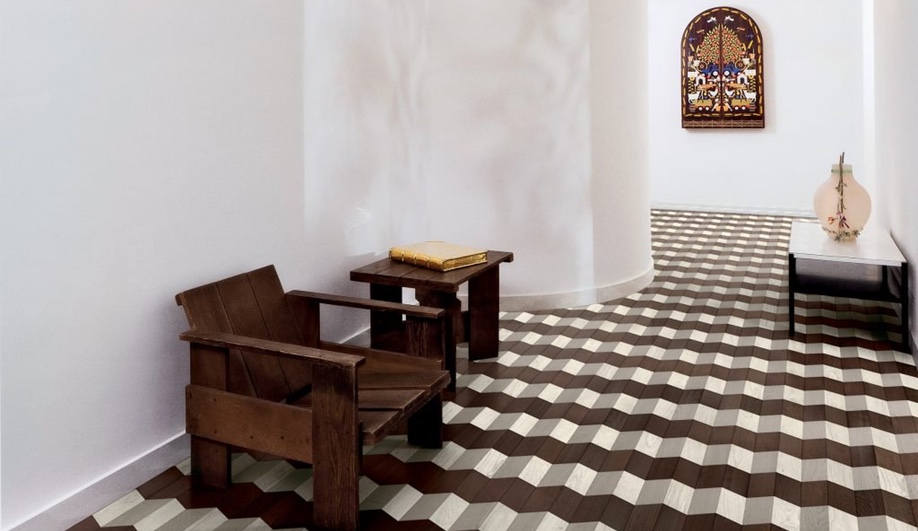 15 Studio Job for Bisazza
At the Bisazza showroom, Belgian iconoclasts Studio Job launched its first parquet collection – and the brand’s first wood collection. It can be customized with hieroglyphic-like figures lasered into the wood.