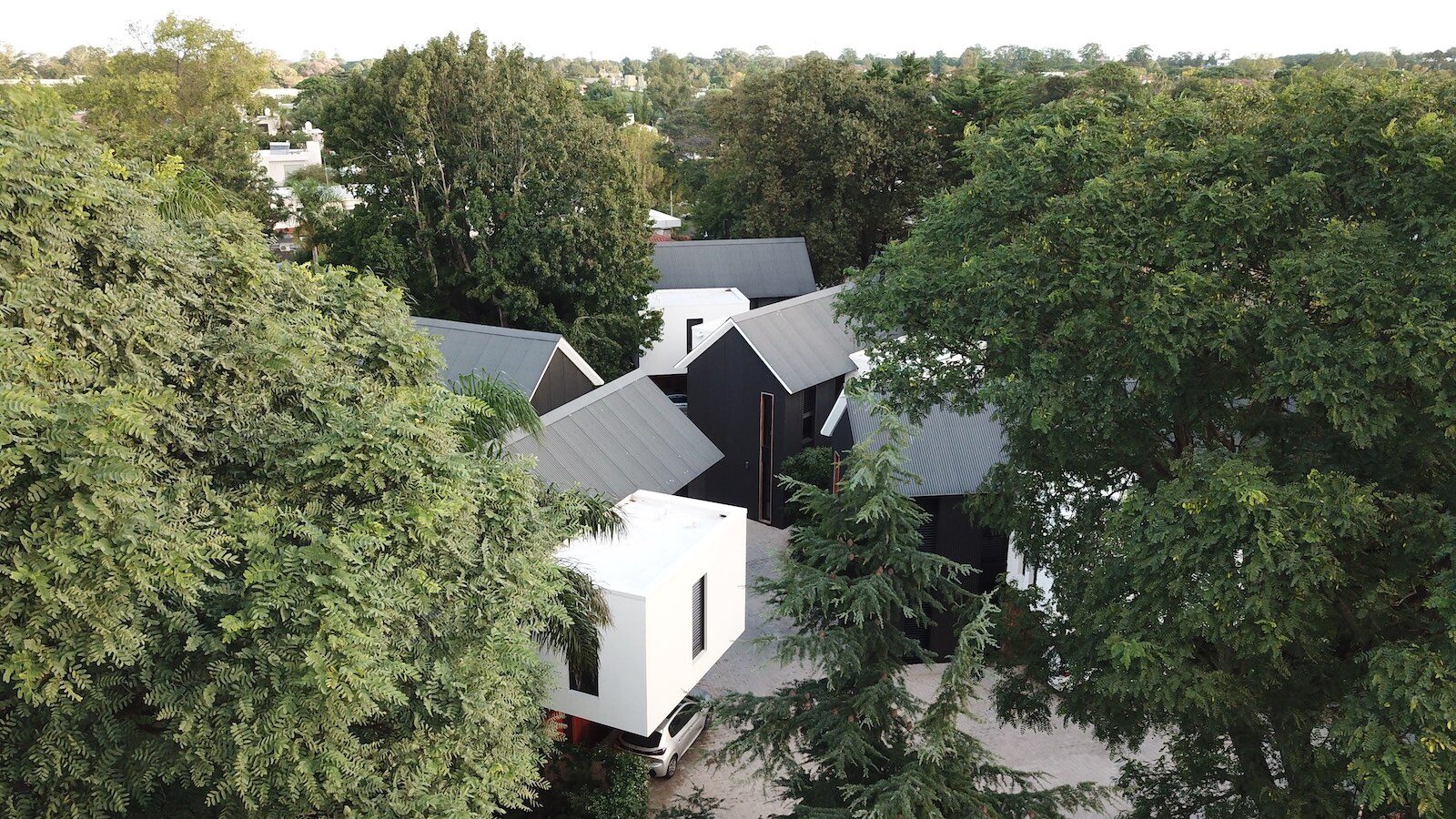 In Uruguay, A Housing Complex Embedded in its Verdant Context

When Brazilian firm Candida Tabet Arquitetura teamed up with local architects Estudio Santiago Fernandez to design a housing complex in Montevideo, Uruguay, they were faced with a unique challenge. The duo needed to fit five 200-square-metre duplex homes onto a lot that previously held a single house, all while fully retaining the site’s lush forestation. The firms, frequent collaborators since 2000, pride themselves on their contextual approach, which marries the study of the environment and historical perspectives with material innovation — and the Murillo 1665 housing complex is no exception. 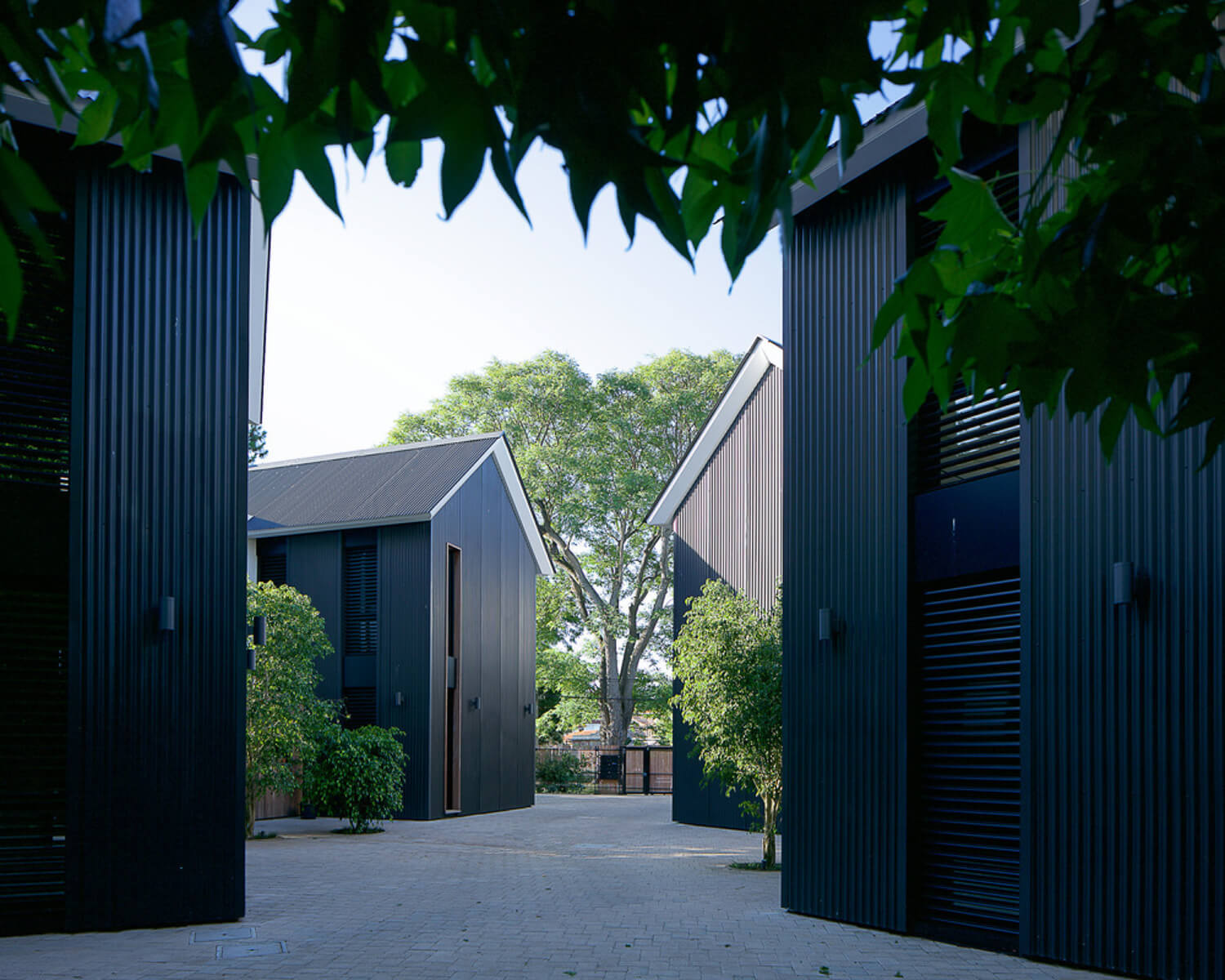 Inspired by the early 20th century architecture of Carrasco, a coastal suburb of the Uruguayan capital, the designers drew from the neighbourhood’s vernacular shed-style roofing and landscaped gardens — along with an emphasis on ethically responsible living. Tabet and Fernandez updated this traditional style with contemporary materials, including alternating wooden and charcoal grey corrugated sheeting facades, white plaster and glass, complemented by native vegetation. 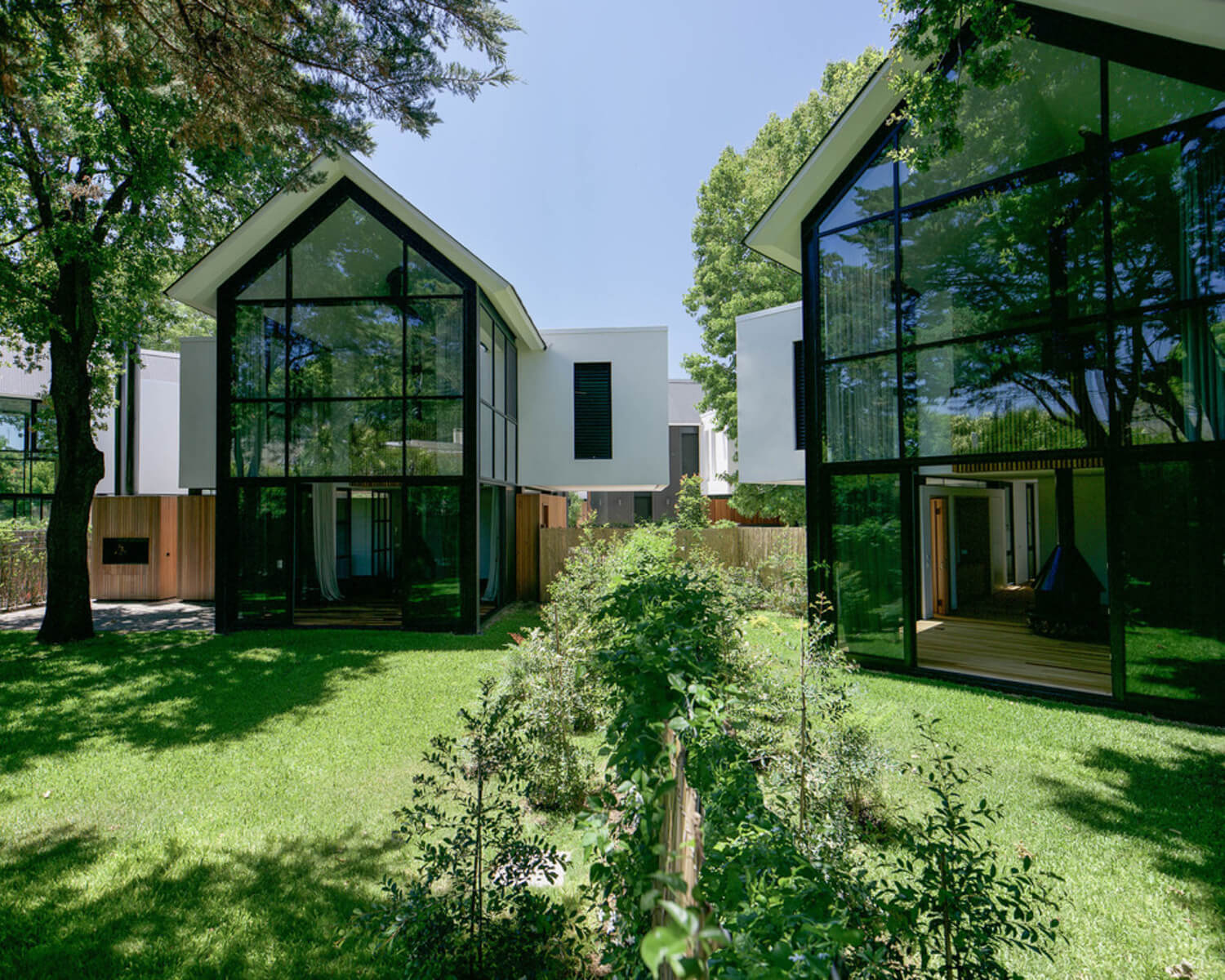 After carefully studying the site for flow and natural light, the architects developed a cross-shaped plan within the terrain. This orientation ensured the new structures would have the least possible impact on surrounding plant life, allowing the new residents to live in harmony with nature. The result is a dynamic design scheme where each house, though identical in design, appears distinct from every viewpoint, imparting a visual rhythm that defines the complex. 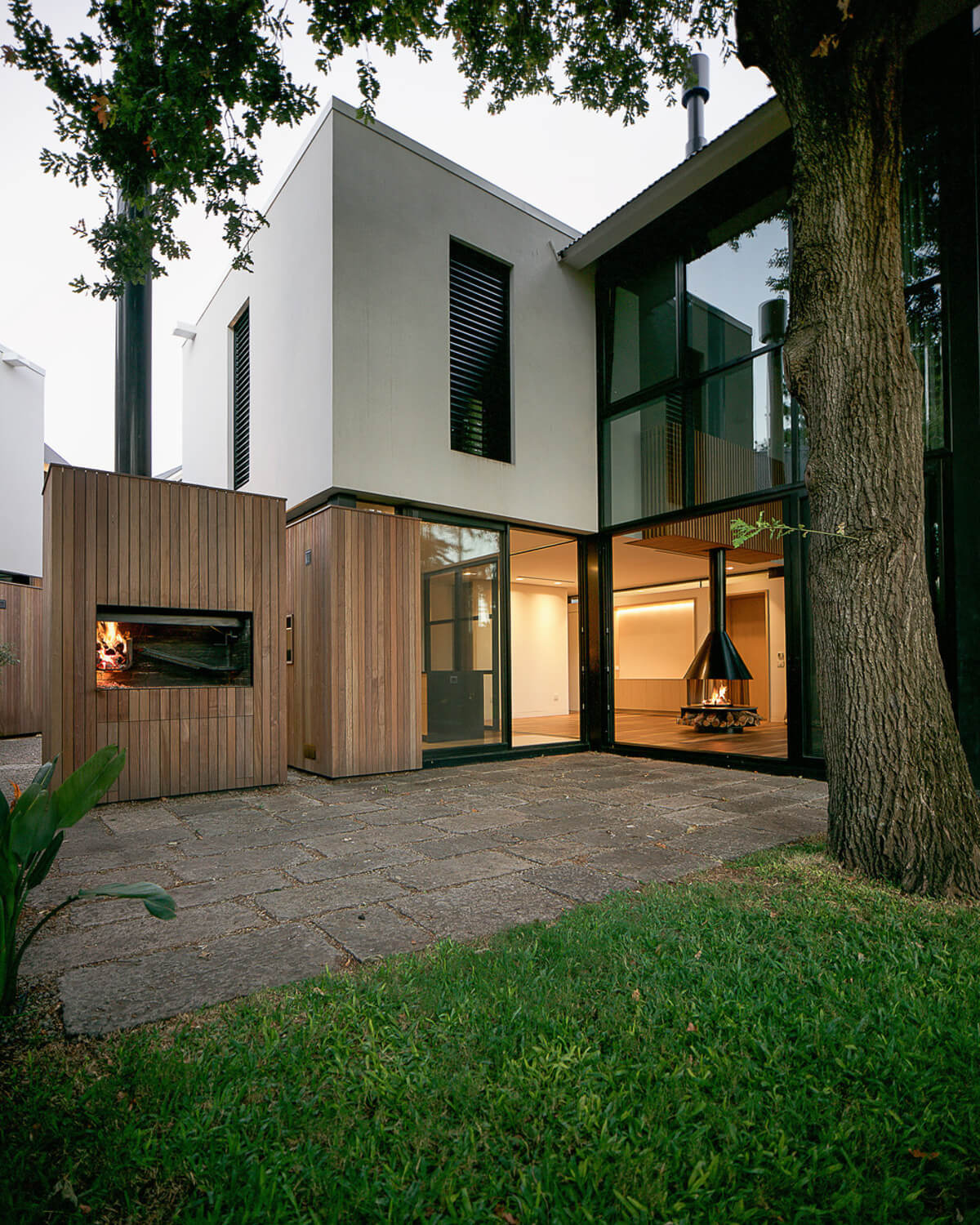 The increased density of the re-planned site brings with it a newfound sense of community. Tucked away from the street, the houses in the Murillo 1665 housing complex are structured around a courtyard space where children can safely play and residents can mingle — an interstitial social space not afforded by single-family homes in most urban settings. 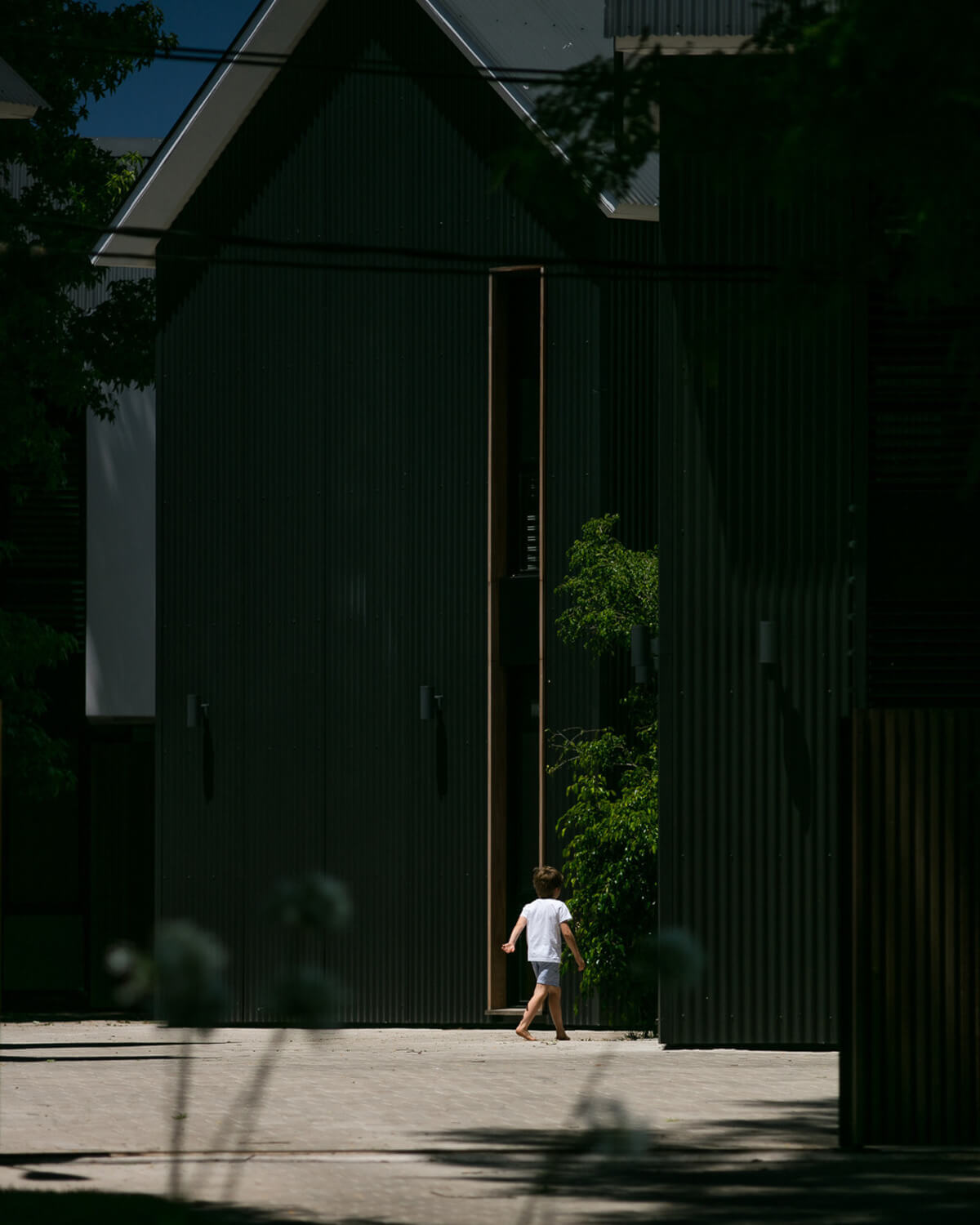 In addition to preserving the site’s majestic trees, thermal comfort was also top of mind. The architects utilized solar protected double glass panels, which are operable for cross ventilation, and left a gap between the façade and steel frame to maximize insulation. 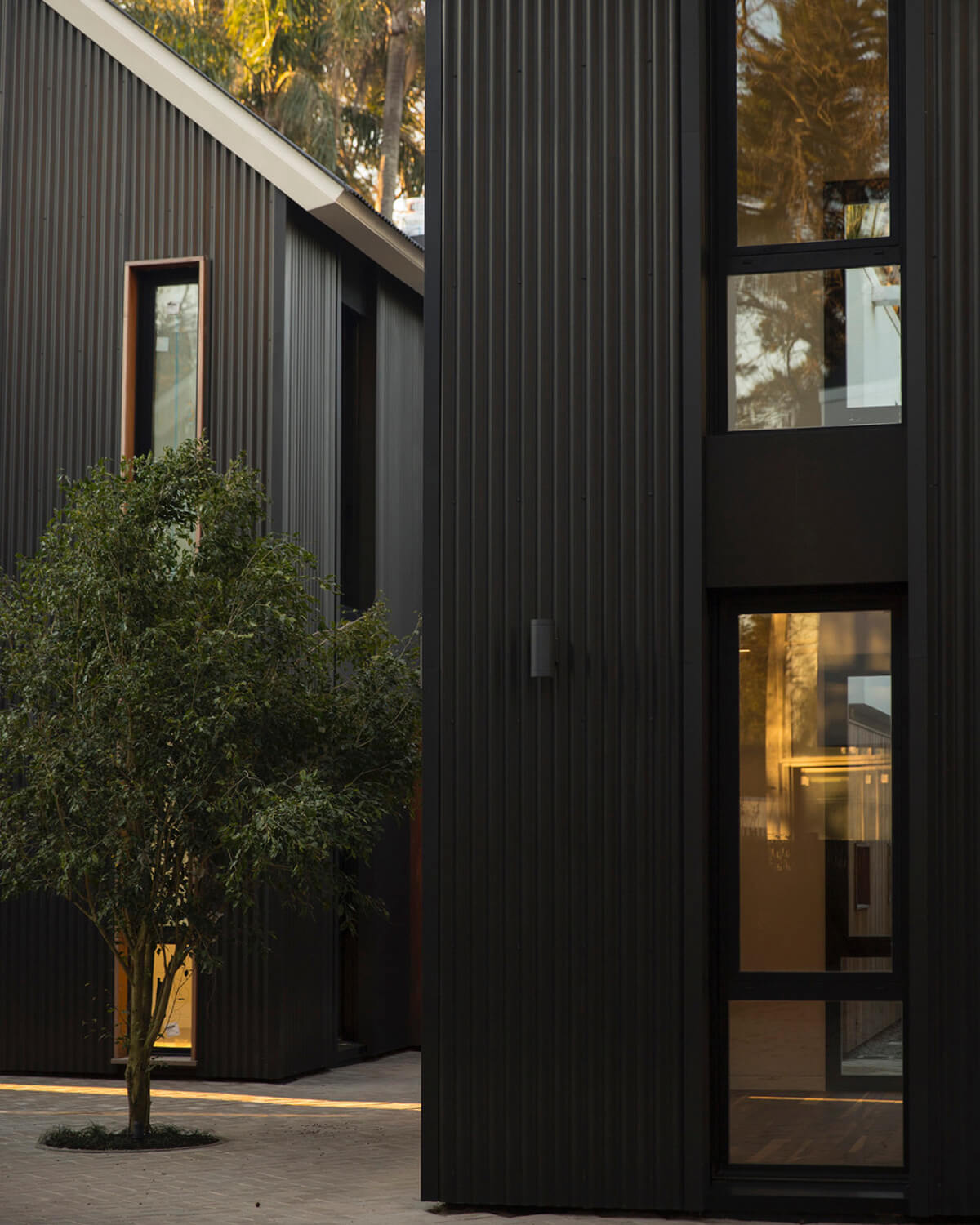 Each house’s stark charcoal grey façade stands in contrast to its light and airy interior. On the ground floor, a living and dining area are outfitted with wood finishes and sleek black accents, while a wood-panelled volume on the building’s exterior delineates the kitchen and laundry spaces. A large wood-burning fireplace at the house’s centre grounds the space. Upstairs, three suites are connected by a mezzanine-style family room. Here, a fully-glazed double height-wall lets in an abundance of natural light — and views to the greenery outside. 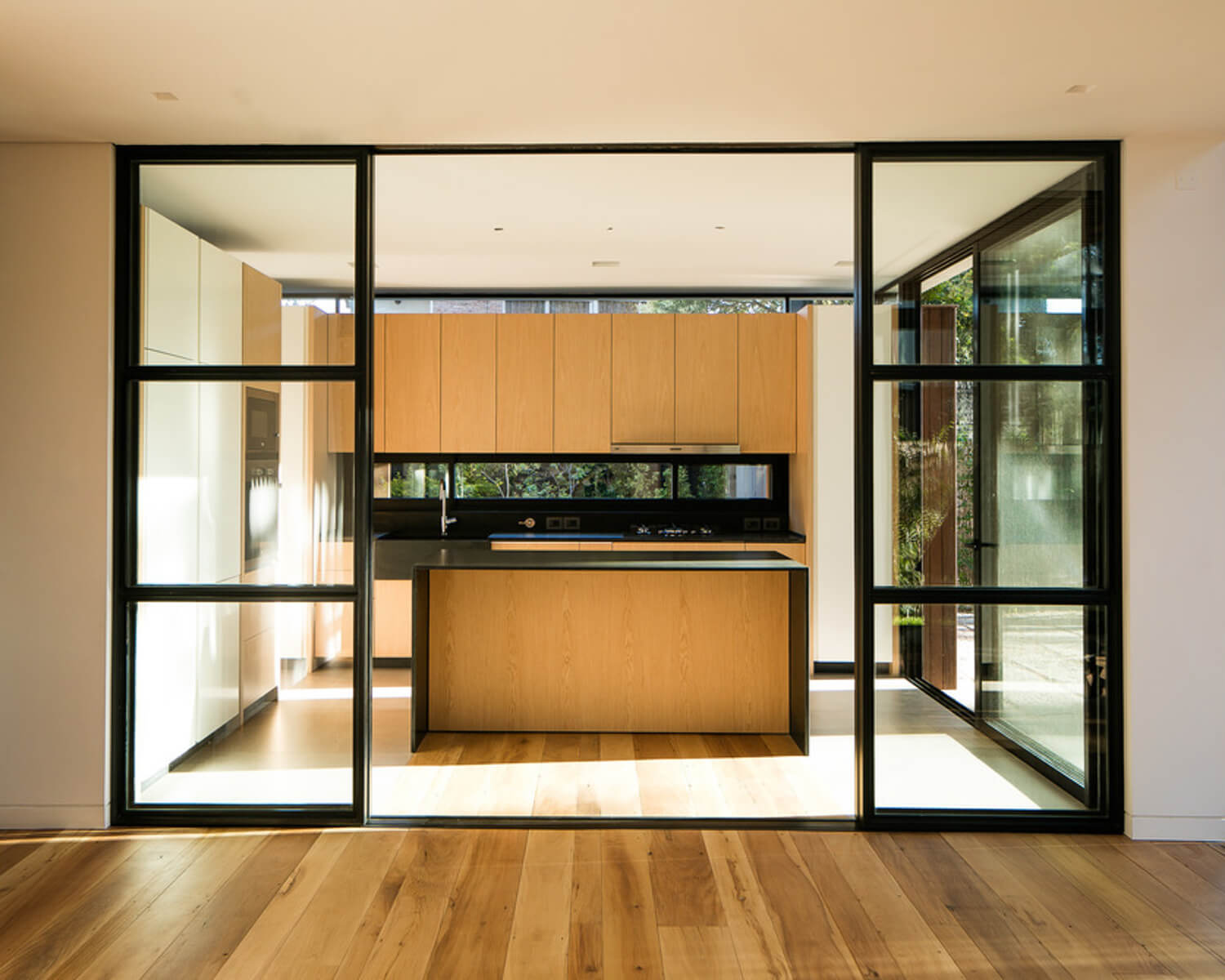 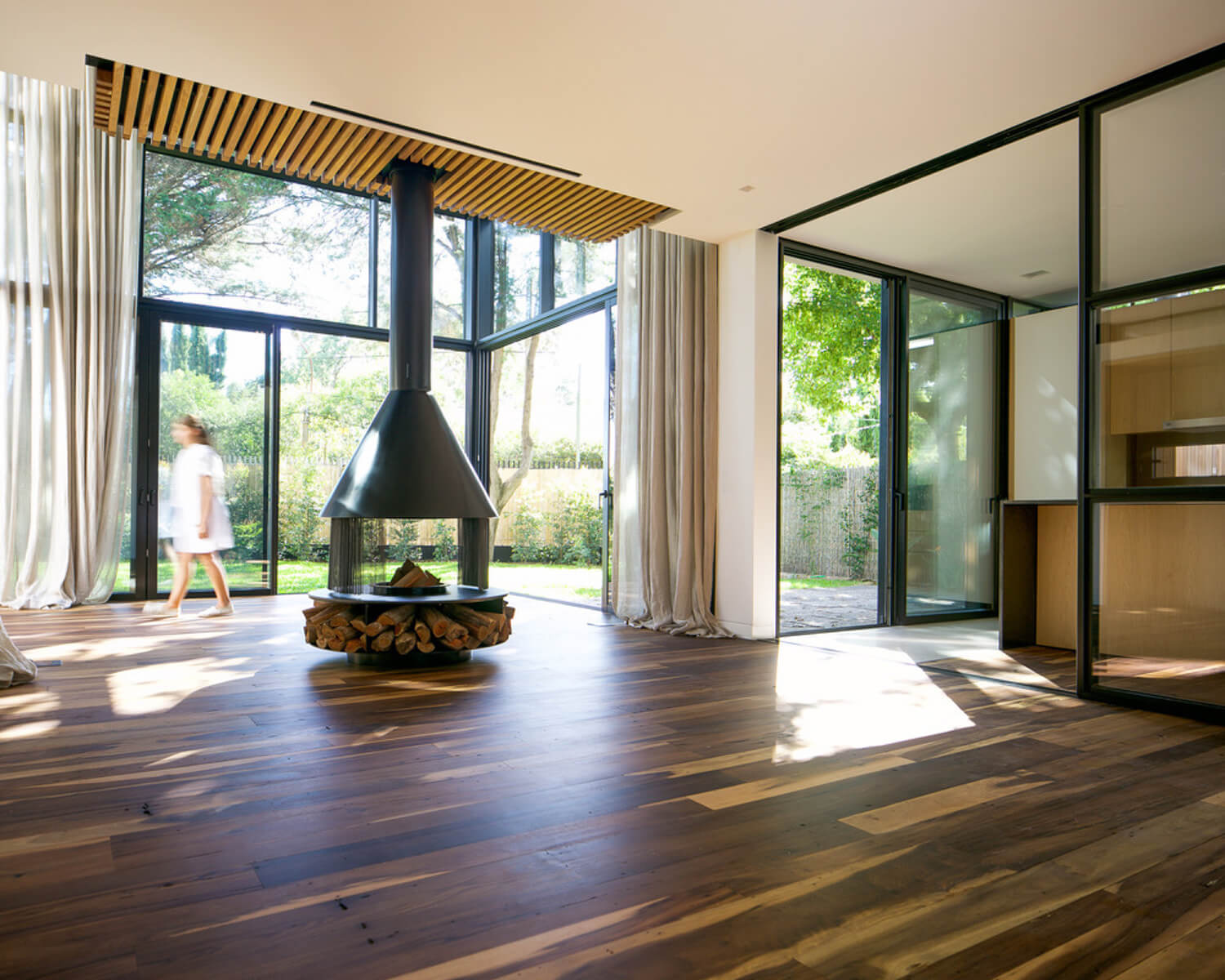 Large sliding doors at the rear of each home open up to a shaded outdoor space with a patio and barbecue area designed for gatherings. The patio, which utilizes stones from the original house, is not only a sustainable choice but an embodiment of the architects’ sensitive approach — and a nod to the site’s original character. 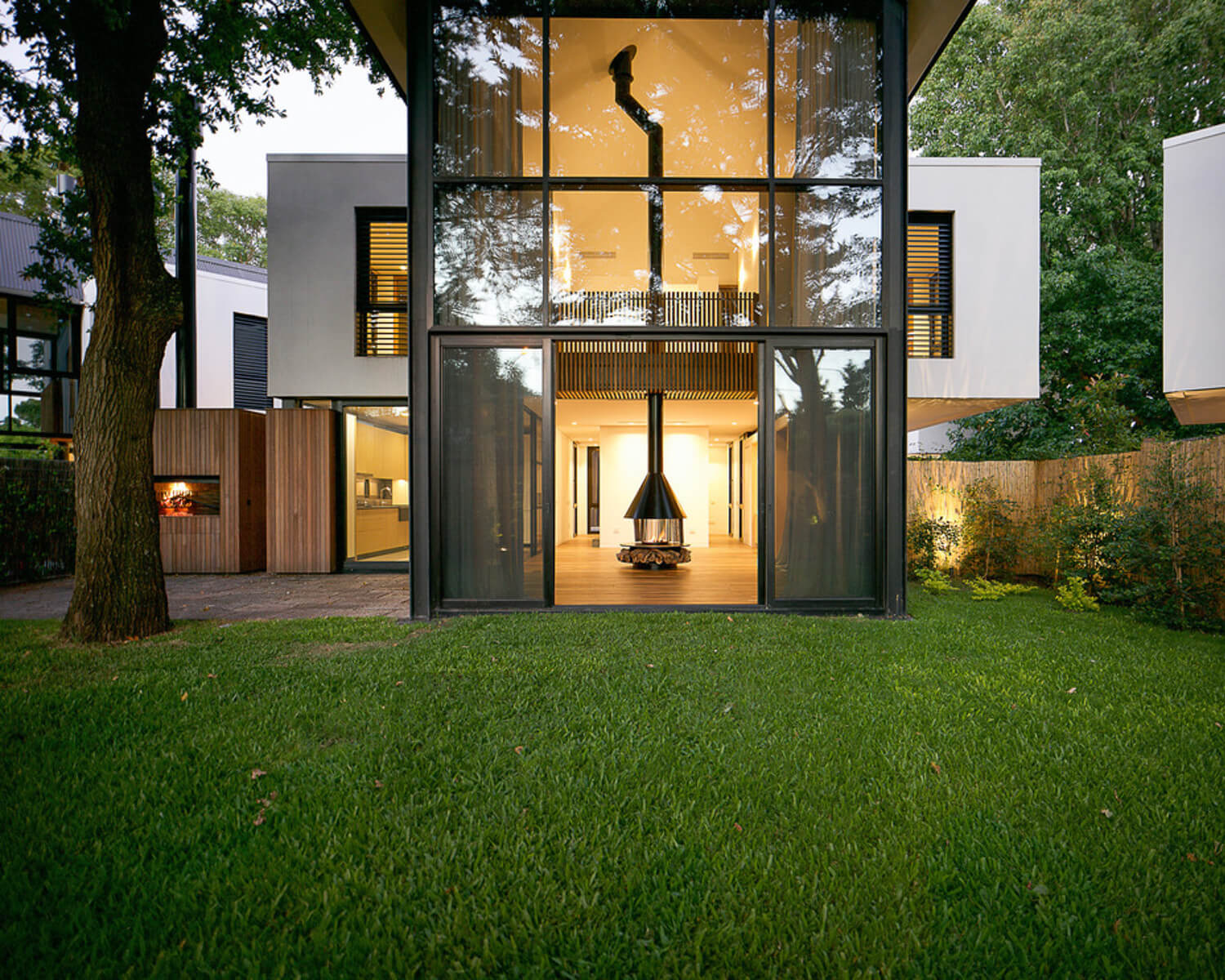