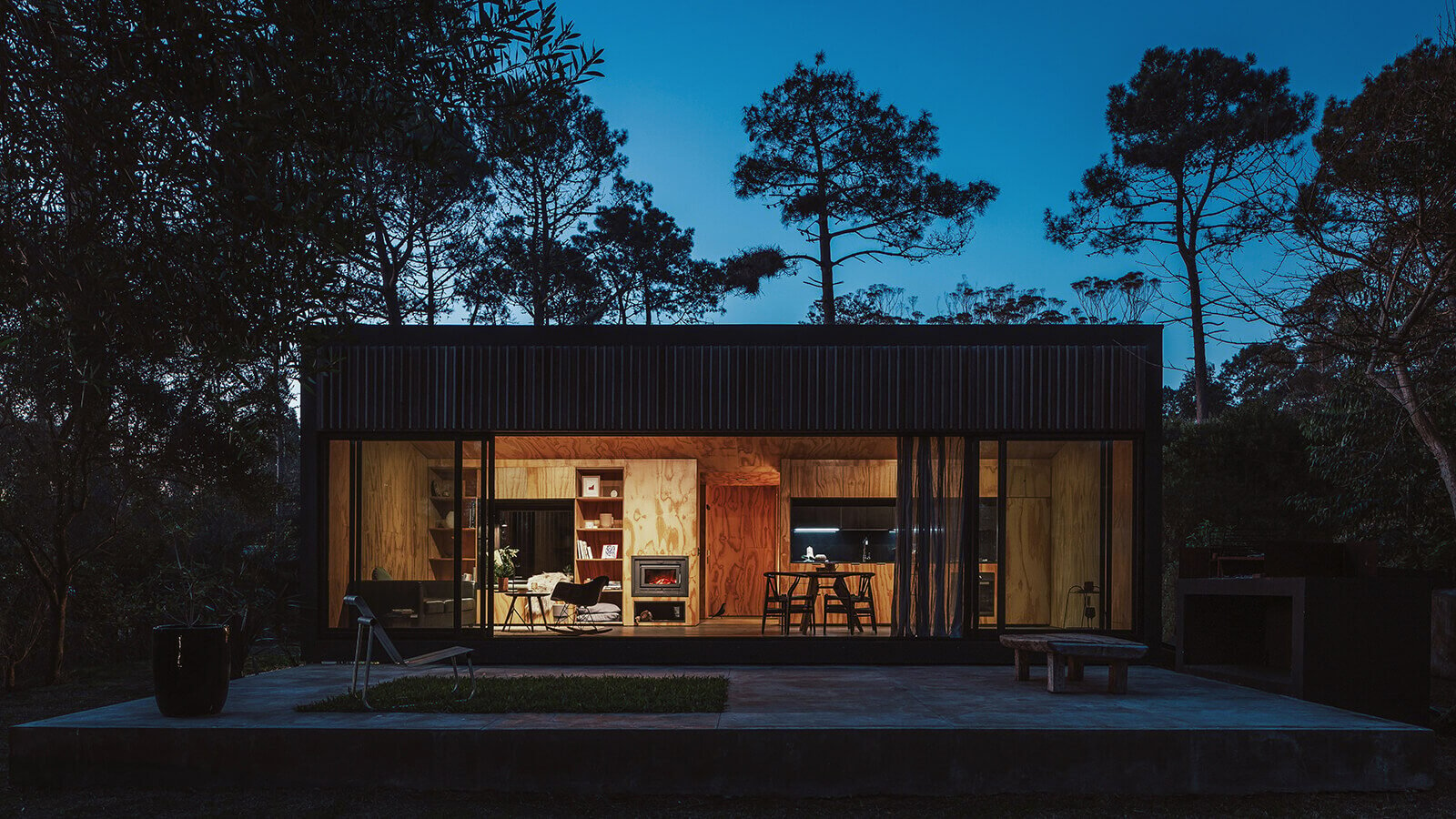 In Uruguay, a Prefab Cabin Welcomes the Outdoors In

Off Uruguay’s eastern coast, Jose Ignacio — the country’s premier resort destination — is said to rival the likes of St. Tropez and The Hamptons, drawing locals and jet setters alike. But tucked away from its sandy shore, the lesser-known La Juanita Forest is home to an attraction of its own — a petite cabin designed by local firm MAPA Arquitetos. With its carefully curated material palette and clever space planning, the prefab hideaway boasts a rich rustic charm that belies its modest size. 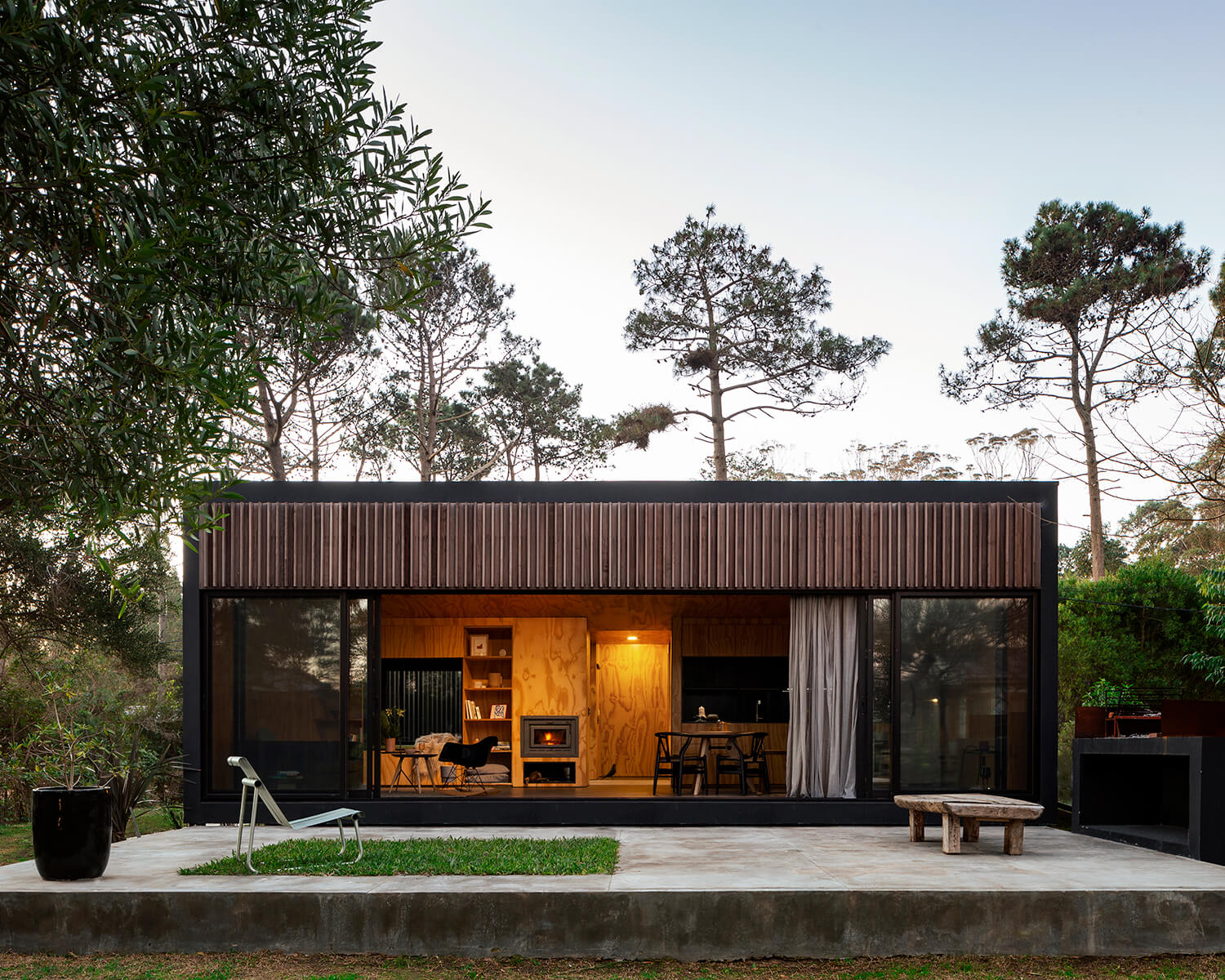 For a building constructed off-site, the cabin is remarkably integrated into its surroundings. Supported by a concrete plinth, it appears to levitate above its lush backdrop. Approached from different angles, the building conceals and reveals itself within the landscape — a phenomenon the architects playfully describe as a game of “hide and seek.” 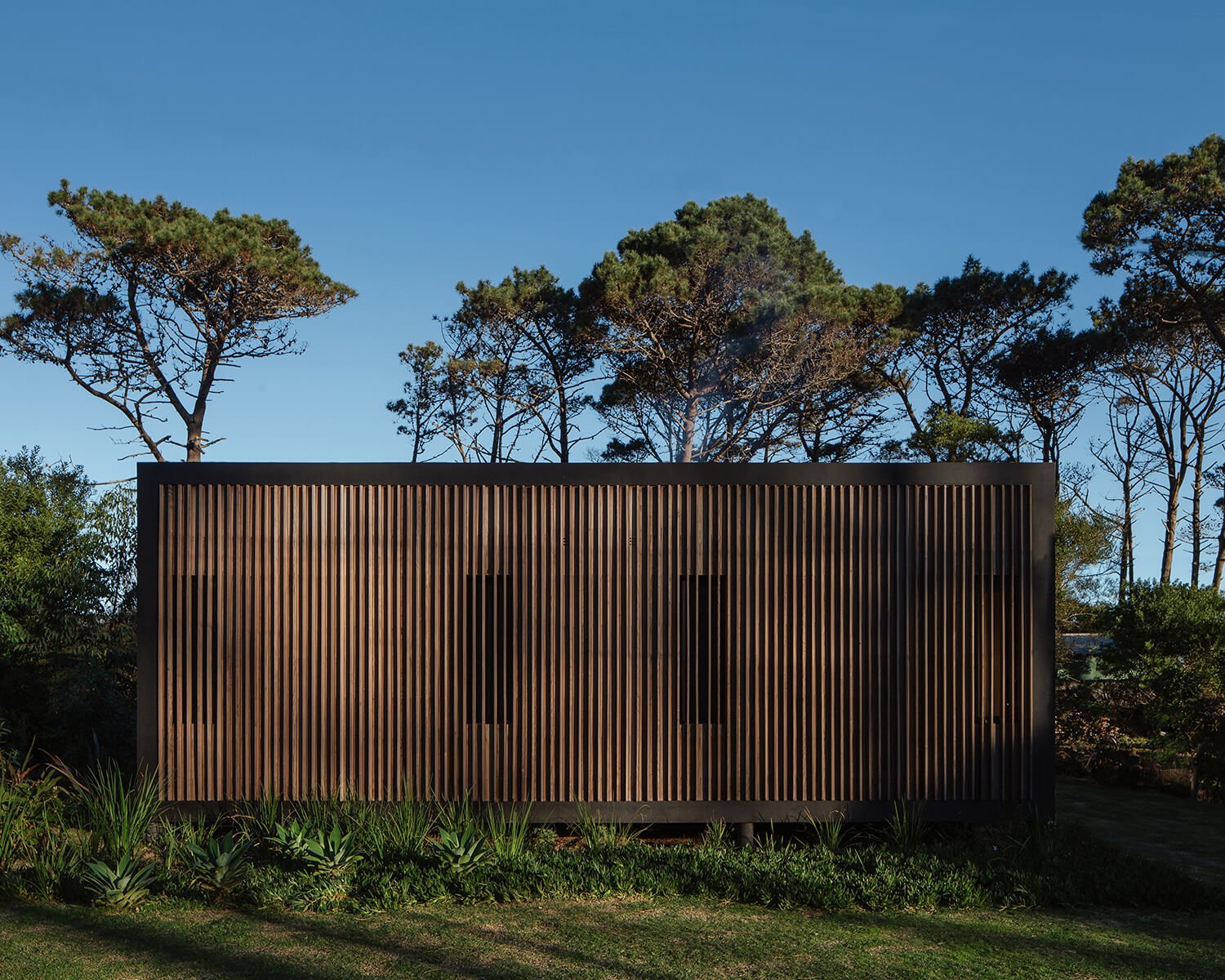 On one side, a façade in vertical wooden slats obscures the cabin amongst the trees, ensuring privacy in the bedrooms and bathrooms. On the other side — which houses the living quarters — wall-to-wall sliding glass doors allow the envelope to virtually disappear, blurring the boundaries between indoors and out. 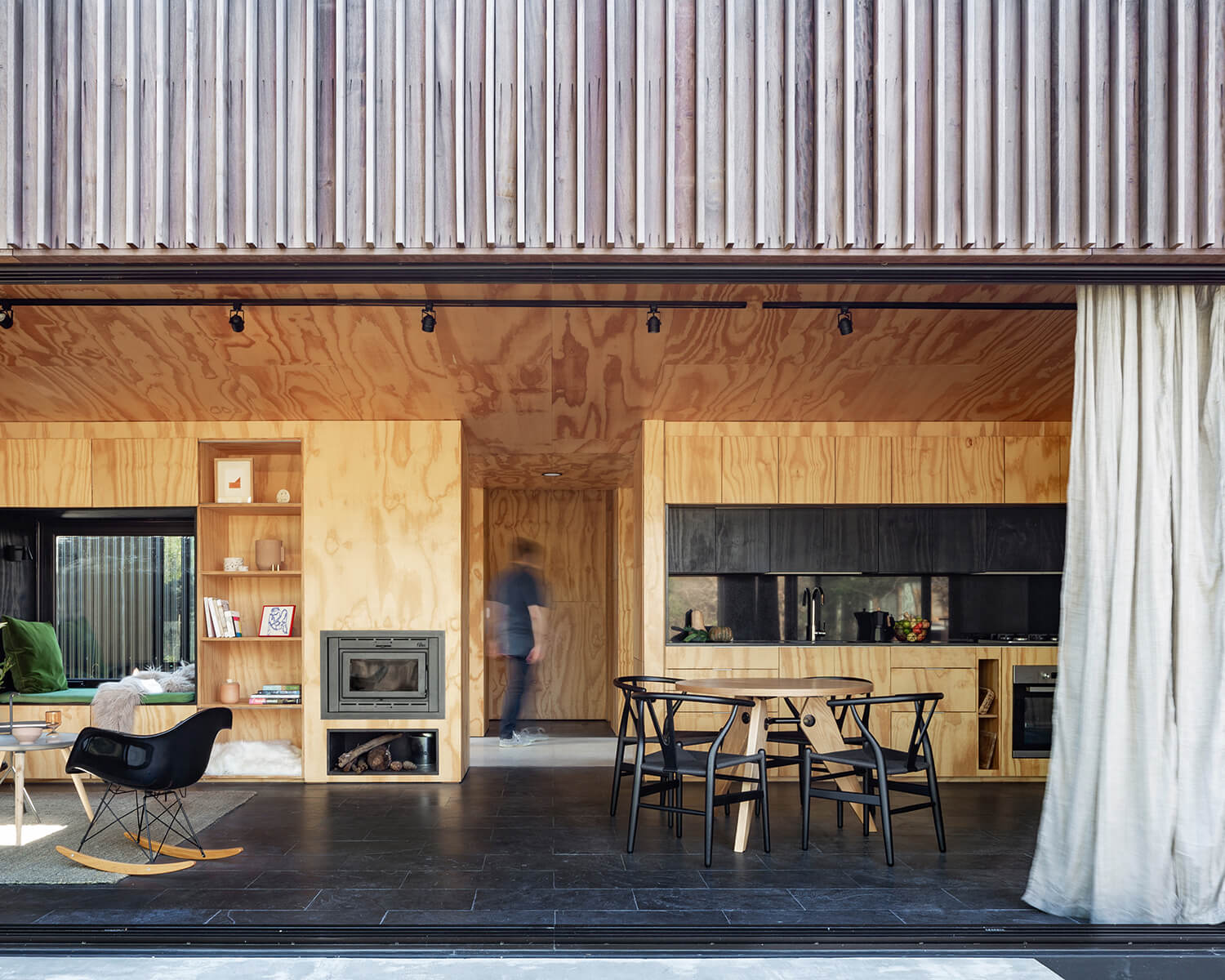 The design is an exercise in restraint. The cabin’s twin rectangular volumes mirror one another – with one module designated as a social living-dining space, and the other housing more private rooms. Fabricated separately, the two units are linked by a glazed walkway assembled on-site. 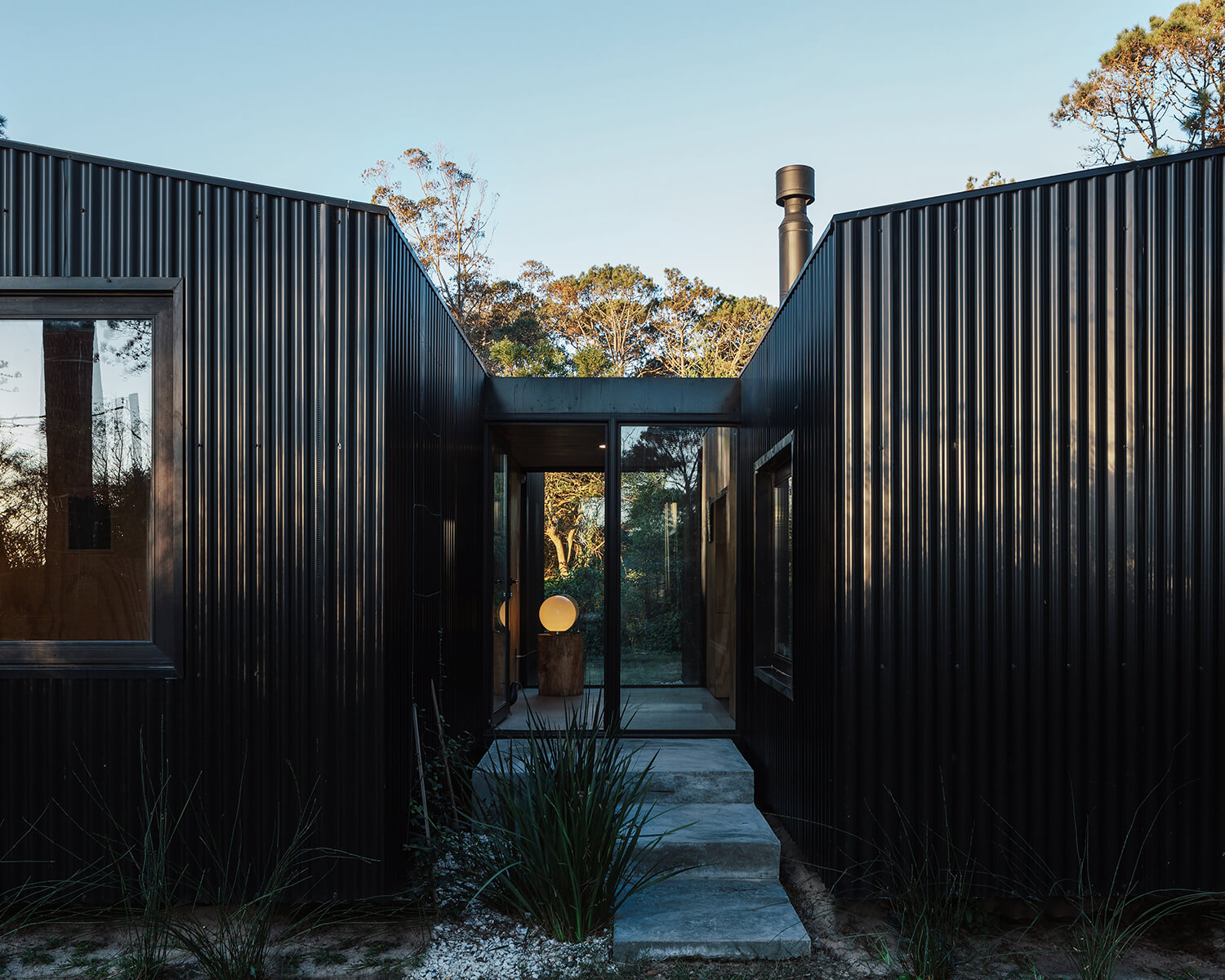 The architects took a minimal approach, using simple design interventions to maximize every inch of the cabin’s compact footprint. With storage space and utilities relegated to the building’s central “spine,” the floor plan remains free and open — a must when designing small spaces. Nestled in the living room’s wood-clad storage wall, a built-in reading nook invites residents to curl up and take in the beauty of the tree-lined locale. 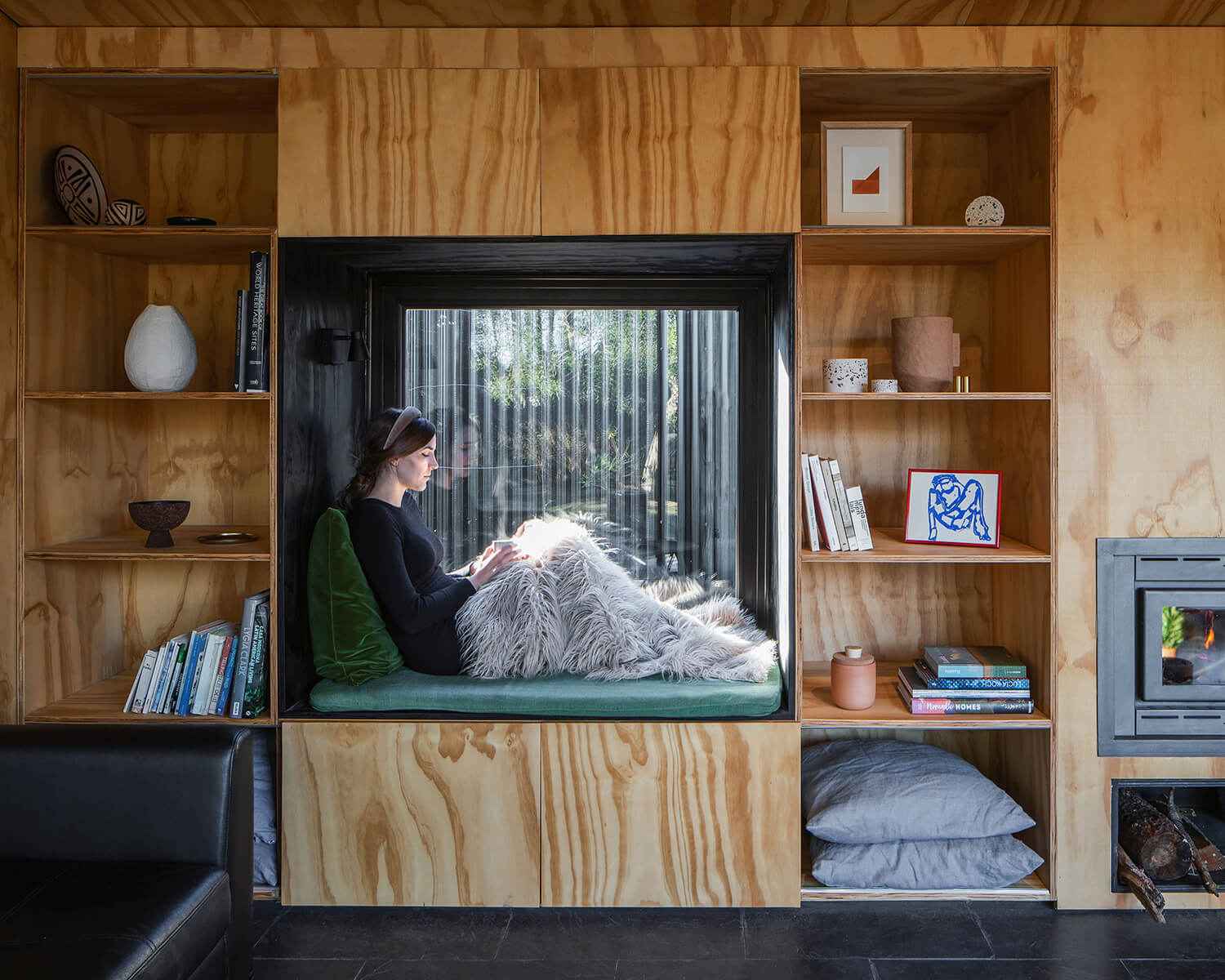 At first glance, the cabin takes on an industrial quality, contrasting with the surrounding landscape. Partially clad in corrugated sheet metal, the building evokes a trendy shipping container home. But inside, the wood-panelled walls and ceiling convey the rusticity expected of a traditional cabin, updated for modern living. MAPA translates the industrial aesthetic of prefab construction indoors, accenting the space with sharp black trim and furnishings. Deftly balancing the natural and human-made, the cabin takes on a distinct personality of its own. 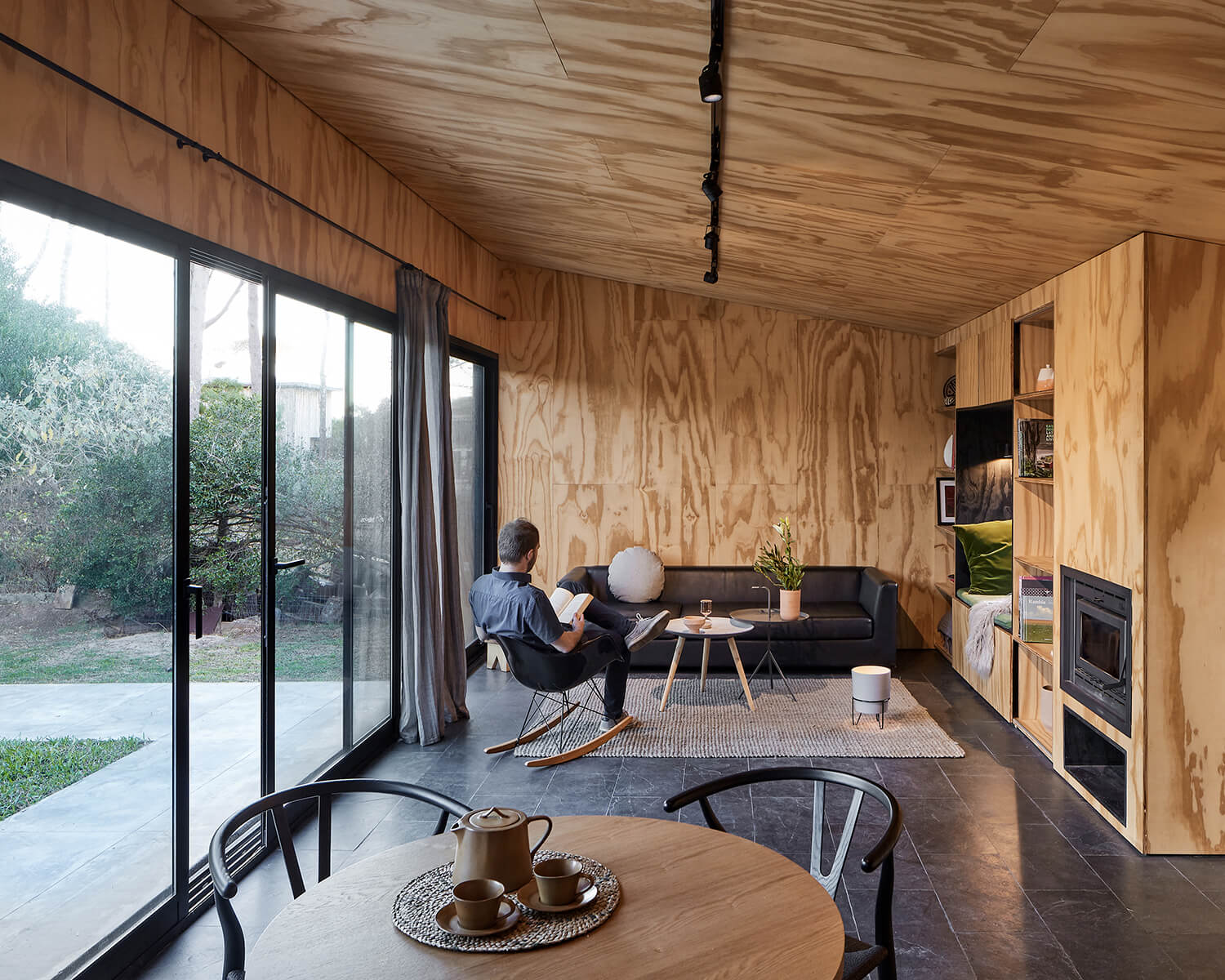