Milan Off-Site: What’s Happening Where
Besides the Rho fairgrounds of Salone del Mobile, where the biggest names in furniture launch their latest, the city itself is in full-on party mode, with dozens of exhibitions and installations filling plazas, palaces and the streets. Here are nine top not-to-miss events, starting April 12. 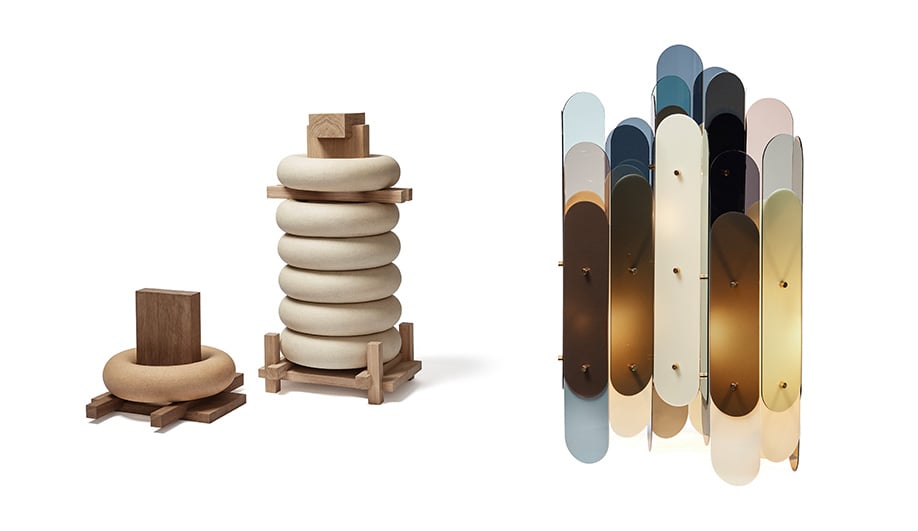 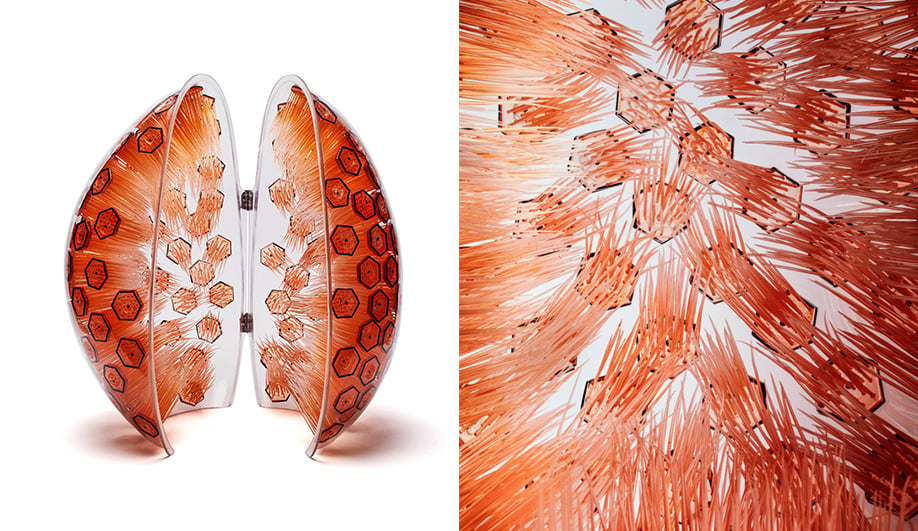 1 Mindcraft16
Each year, the Danish arts foundation brings together an ambitious group exhibition called Mindcraft, a showcase of designers and artisans from across the country that are a cut-above. The display is always chock-full of experimental prototypes that prove, once again, Denmark is a world-class leader in cutting-edge design. Pictured here is fashion designer Henrik Vibskov’s Jaw Nuts Piece, a headpiece that Vibskov says, “explores the landscape of our mental universe… an unstoppable stream of information and misinformation that threatens to drive us nuts.”

This year’s exhibition, curated by Stine Gam and Enrico Fratesi of GamFratesi, is being held at Circolo Filologico, an academy devoted to cultural exchange and the study of languages. Viewing contemporary design in a cloister is a magical combination all on its own. Circolo Filologico, via Clerici 10 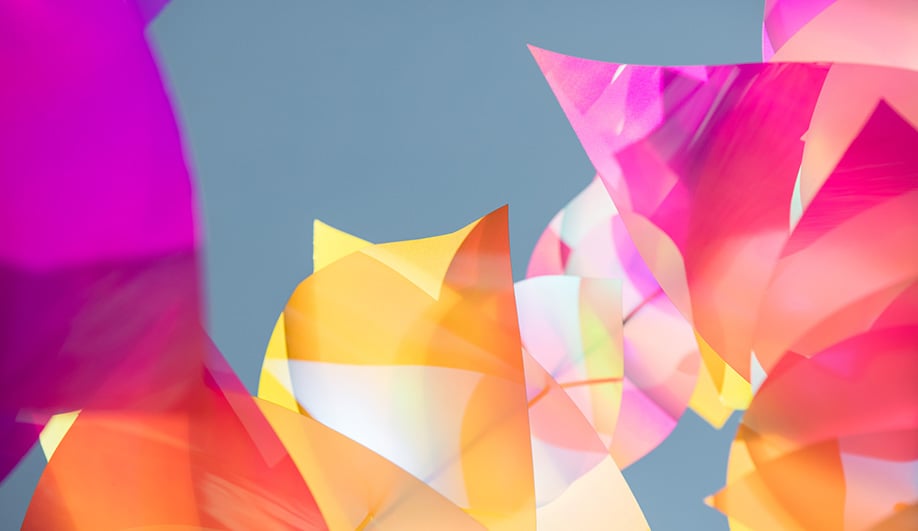 2 3M Design and Stefano Boeri
Milan’s own Stefano Boeri, the architect behind the tree-covered residential tower Bosco Verticale, has teamed up with 3M Design to create a canopy where the event-weary can take a break from the hustle and crowds. Called the Urban Tree Lounge and located at Materials Village, part of the SuperStudio Central Plaza, the installation incorporates several 3M materials, including films, non-wovens and adhesives.

Says Boeri: “We’ve created a conceptual tree that, like an organic one, absorbs, filters and mirrors the sunlight to create a shadow to reflect and recharge. It’s my hope that this prototype can influence creative approach to design in public spaces.”
Material Connexion Italia at SuperStudio -Zona Tortona 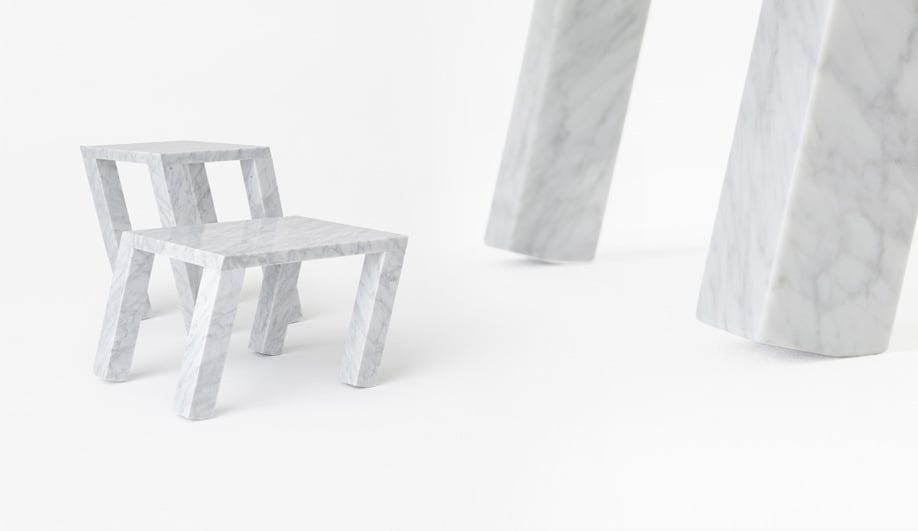 3 Nendo at Light + Shadow
Besides 50 Manga Chairs, on view at Facoltà Teologica dell’Italia Settentrionale, Nendo is among a group of leading designers invited to take on the challenge of making furniture out of nothing but marble. The Tokyo studio’s leaning chairs and tables, called Sway, appear as if they are unstable when in fact they are just as sturdy as any right-angle chair, due to a measured slice off one corner of each foot.

Produced for the Marsotto Edizioni, a company specialized in objects made from black or white marble, Nendo has also conceived the exhibit’s interior scheme, Light + Shadow, which includes designs by the likes of Alberto Meda, Claesson Koivisto Rune, David Chipperfield, Philippe Nigro and Ross Lovegrove. Black pieces will be arranged on one side of the space and white furniture on the other, to appear as though they are reflections of each other.
Spazio Bigli, via Bigli 11/A 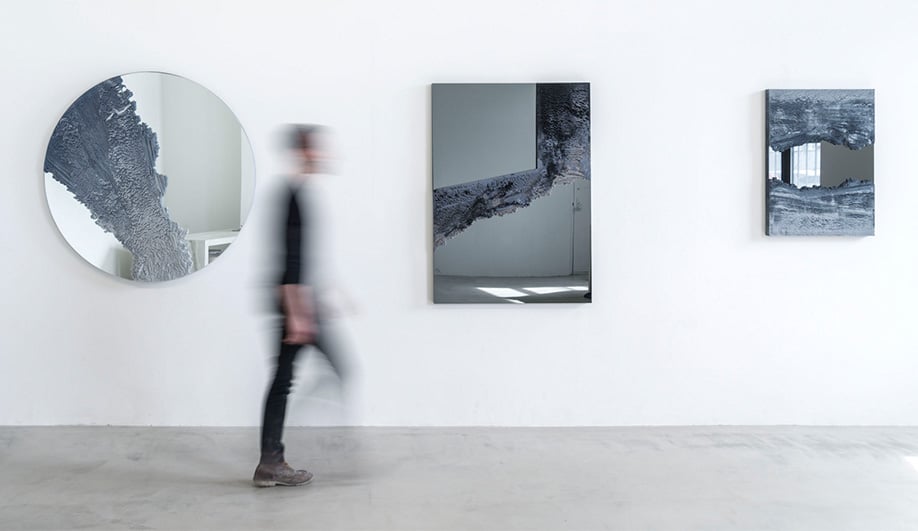 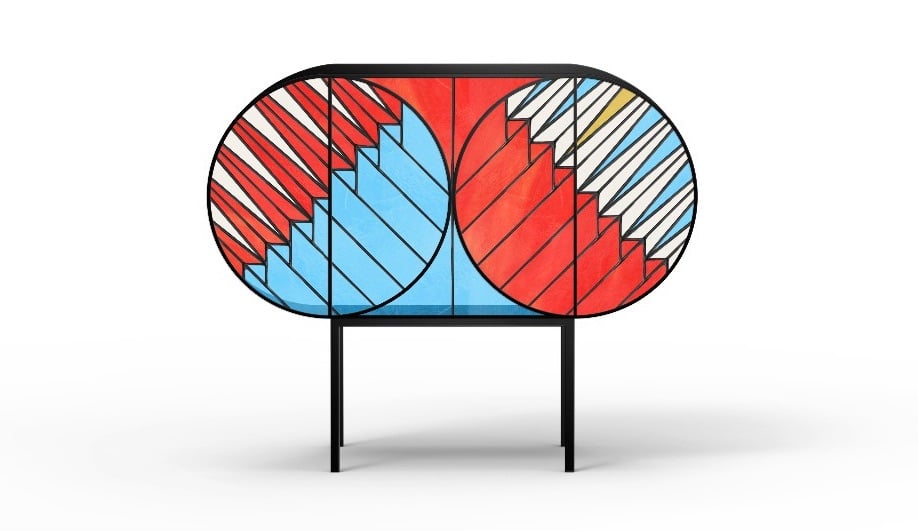 5 Credenza by Patricia Urquiola for Spazio Pontaccio
The bold shapes that adorn Patricia Urquiola’s Credenza were conceived by Federico Pepe of local graphic design firm Le Dictateur, and add a burst of colour to the line’s storage, screens and coffee tables. The collectible series was inspired by stained glass windows; in Italian, “Credenza” refers both to a type of storage and to one’s beliefs.
Spazio Pontaccio, via Pontaccio 18 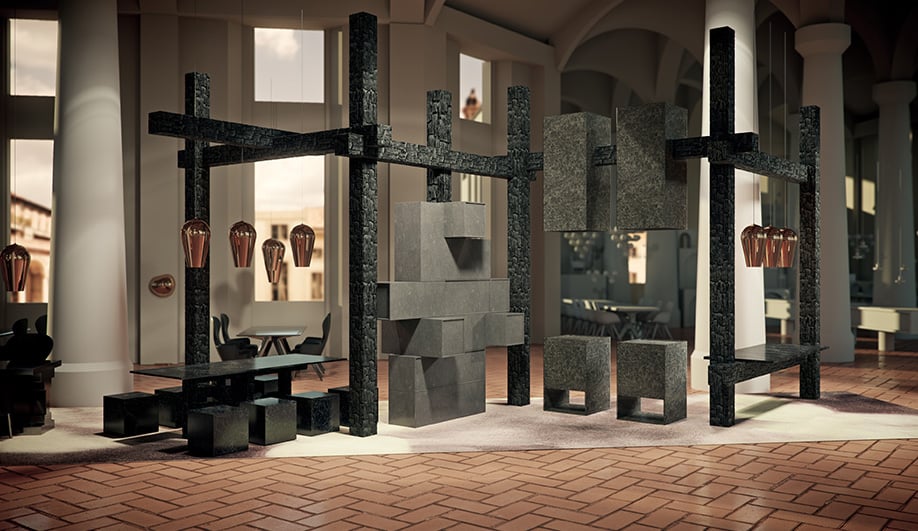 6 The Restaurant by Tom Dixon for Caesarstone
Four kitchen concepts – inspired by earth, water, fire and air, and hewn from varieties of Caesarstone quartz – provide both the food and the setting for Tom Dixon’s The Restaurant. Each kitchen will concoct a dish expressing its theme (roots and mushrooms from the Earth kitchen; meringue from the Air kitchen) in a fitting backdrop: at the Fire kitchen, for example, blackened paratha bread is served up before a kitchen assembled from monument-like blocks of lava-like Caesarstone in blacks and dark grey tones.
Rotonda Della Besana, Via Enrico Besana 12 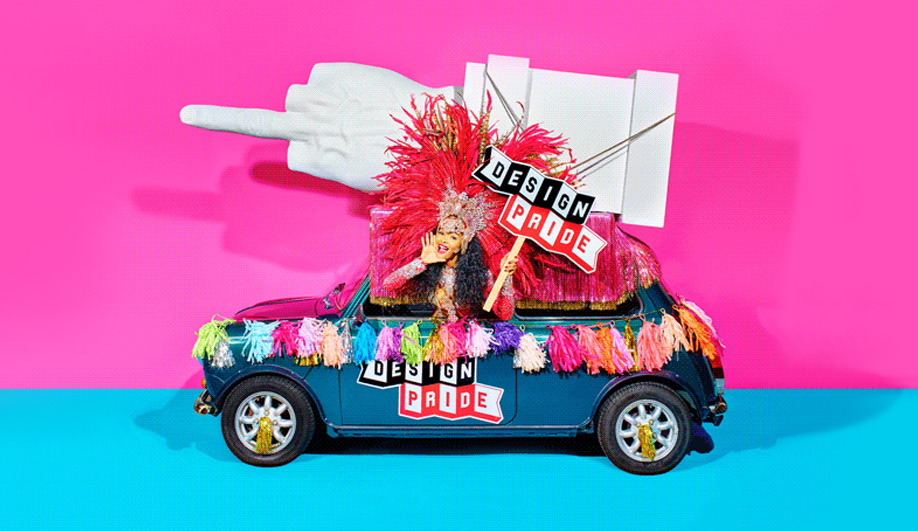 7 Design Pride Parade by Seletti
If you want to attract attention to your cause, there’s no better way than a parade. On April 13, Italian tableware brand Seletti will celebrate its cause with a Design Pride parade. From Piazzale Luigi Cadorna, a procession of designers, brand reps and anyone else who wants in on the fun will take to the streets with costumes, signs and flags, accompanied by a local marching band and samba dancers – eventually working its way to Piazzi Affari and a Disaronno-hosted party.
Begins 7:30pm in Piazzale Luigi Cadorna 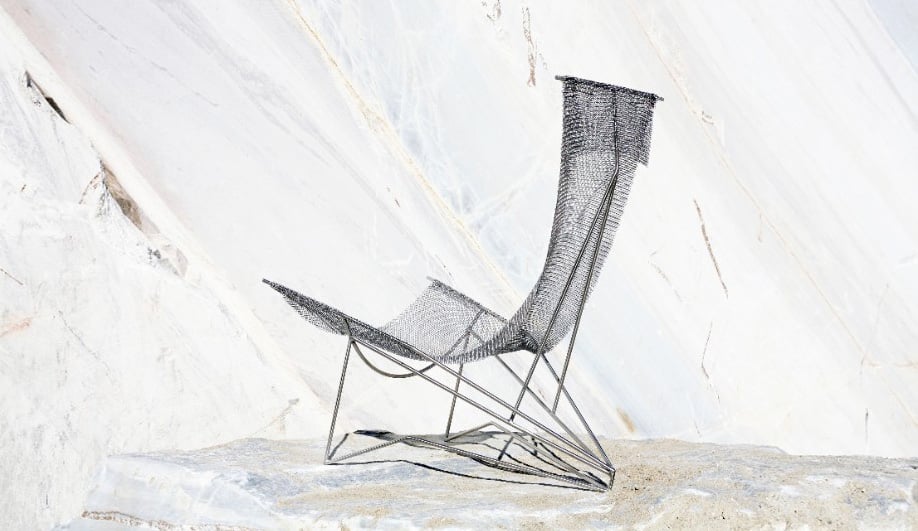 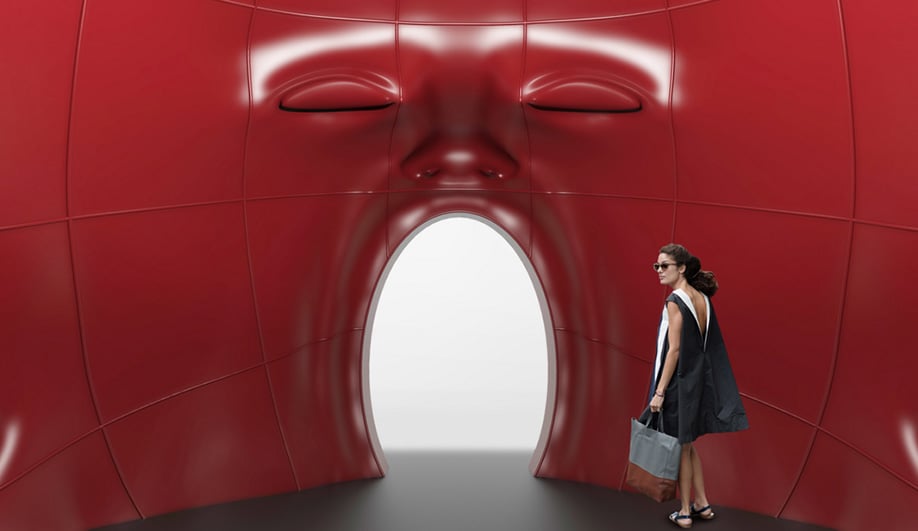 9 XXI Triennale di Milano: Rooms
“Rooms: Novel Living Concepts” is a wide-open theme with the potential to touch on many topics, from the history of creating interior spaces to abstract explorations of colours, details and atmospheres. It’s no wonder, then, that the Triennale’s current exhibition is a diverse one, dedicating space to the first wave of Italy’s modern interior architects – Gio Ponti, Franco Albini, Ettore Sottsass, Joe Colombo and many more – illustrating their innovations with photographs, models and drawings. Beyond this “celestial vault,” visitors can walk through a series of rooms by 11 different Italian architects, including Umberto Riva, Alessandro Mendini, and Fabio Novembre, whose Intro (shown) recalls the womb.
Palazzo della Triennale