Rockaway Beach Gets Its Mojo Back
New York's beloved Rockaway Beach has bounced back from Hurricane Sandy, with a beautiful new boardwalk by WXY Architecture + Urban Design that is brilliantly engineered to withstand future category-five hurricanes. 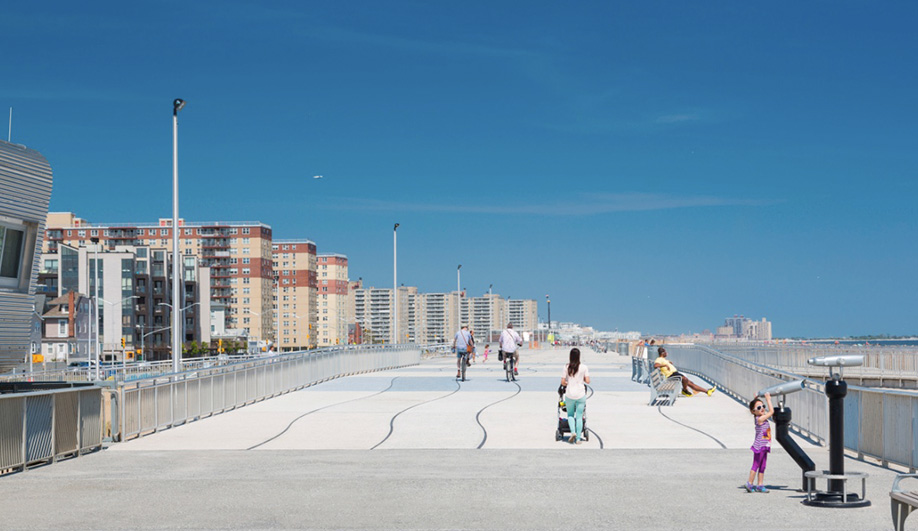 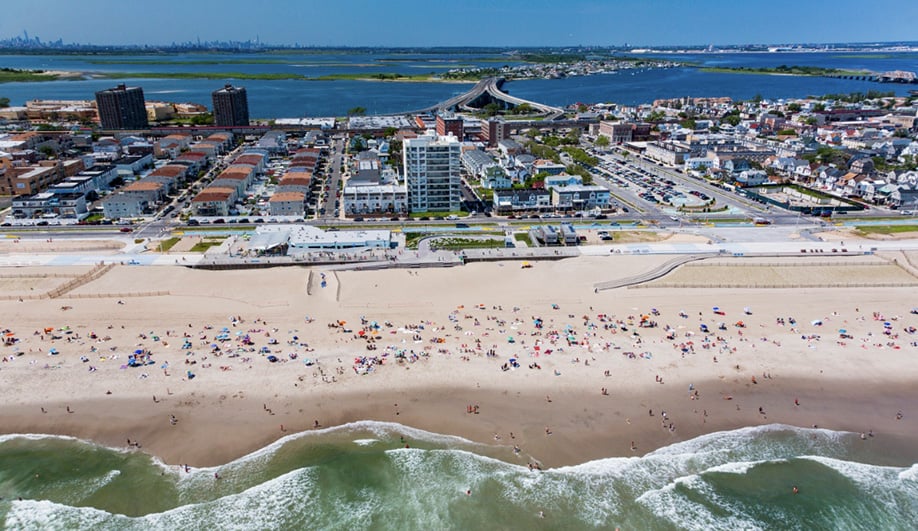 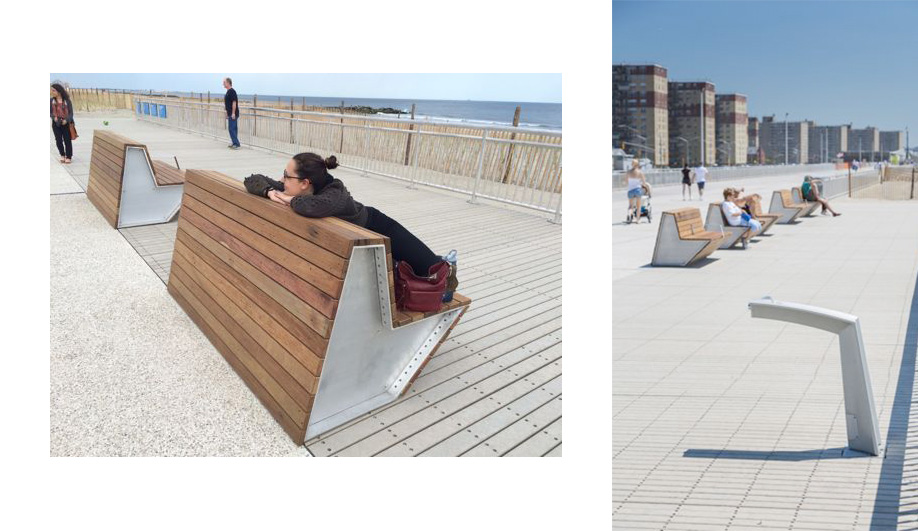 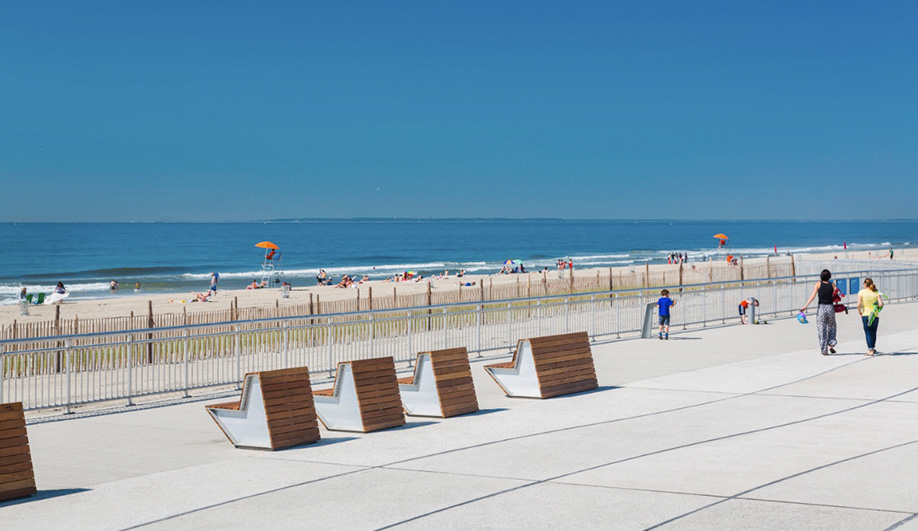 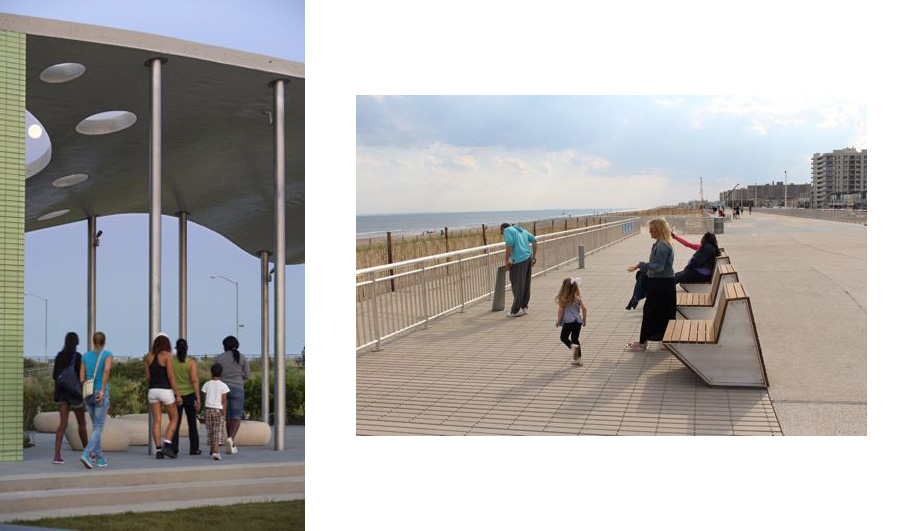 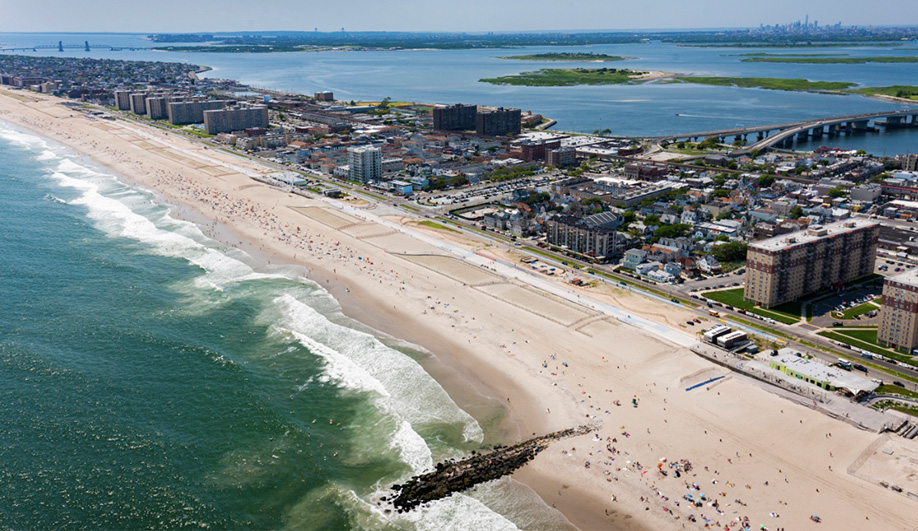 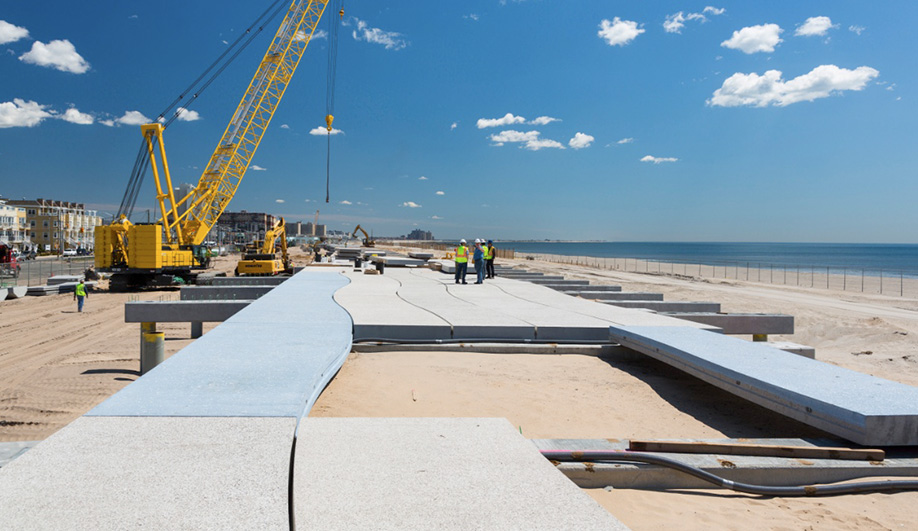 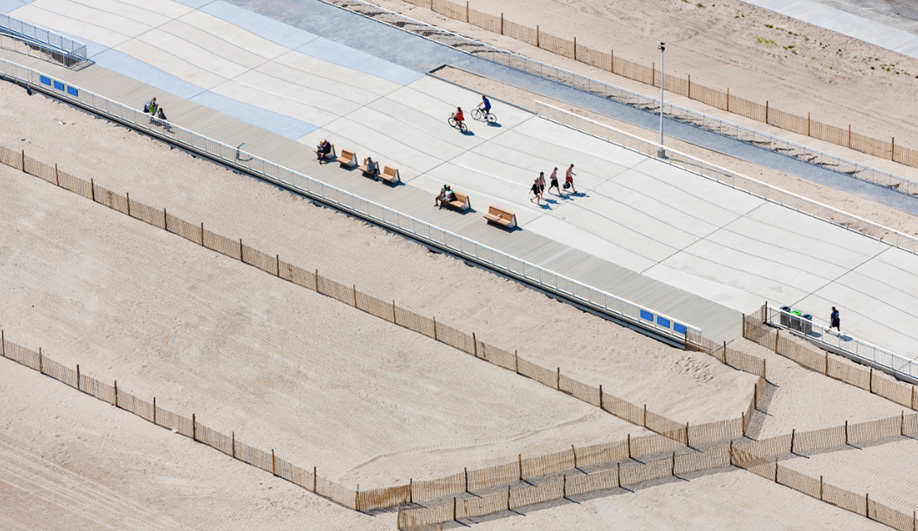 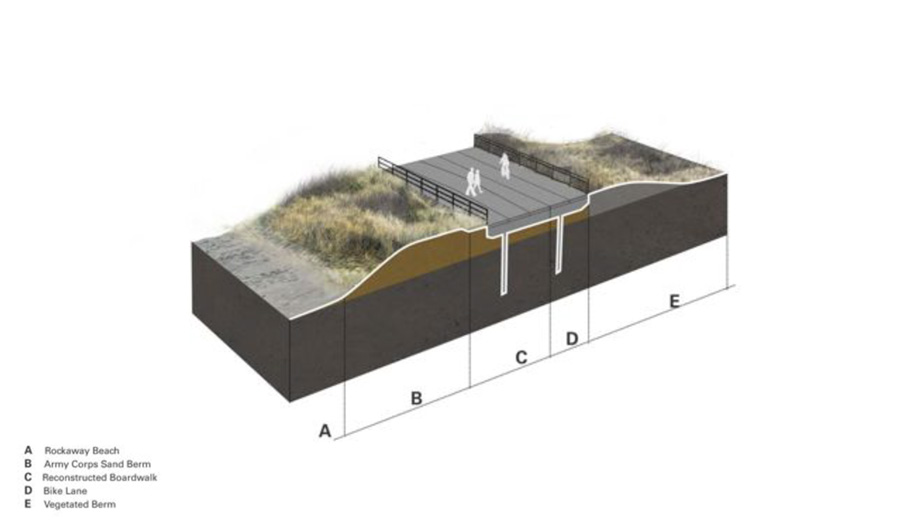 The last 15 years have not been kind to Rockaway Beach, a six-mile dune-covered peninsula in Queens, New York, that millions of sun worshippers and surfers have gravitated to since the 1930s. In November 12, 2001, American Airlines Flight 587 crashed into the borough’s Belle Harbor, killing 265 people. And in 2012, Hurricane Sandy not only washed away most of its beachfront, the surrounding neighbourhoods were ravaged by fires that burned more than 120 houses to the ground, the result of unstable electrical wiring caused by the storm.

Throughout this past summer, however, a new Rockaway Beach has emerged. More than a mile of baffle walls has been installed, to help prevent sand migration and protect the adjacent community, as have sand-retaining wall panels in order to hold the dunes in place.

But the most visually appealing and welcoming feature is the elevated boardwalk, 40-feet wide, that now runs a mile along the shoreline. Its raised and curving planks are speckled with coloured and tumbled glass that spell out ROCKAWAY in super-graphics large enough to be seen from airplanes.

The walkway is a model of innovative infrastructure, designed to withstand future storms as big as Sandy. Says WXY’s founding principal Claire Weisz: “WXY’s concept was to situate the structure on top of a planted sand dune and to use this and the shape, colour and finish of the precast planks as the essence to the Rockaway Boardwalk’s next chapter, after Hurricane Sandy.”

Framed by steel railings, the pattern made by the sinuous pathway mirrors the coastline, while sand-hued planks are complemented with blue-tinted concrete. At night, glow-in-the-dark aggregate embedded into the blue planks helps people navigate. Over the next few months a new fixture, called LED Citylight, will be installed.

The project is part of a $US480-million redevelopment initiative to fully restore the beach in phases over the coming years, with the full 5.5-mile boardwalk installed by the end of 2017.