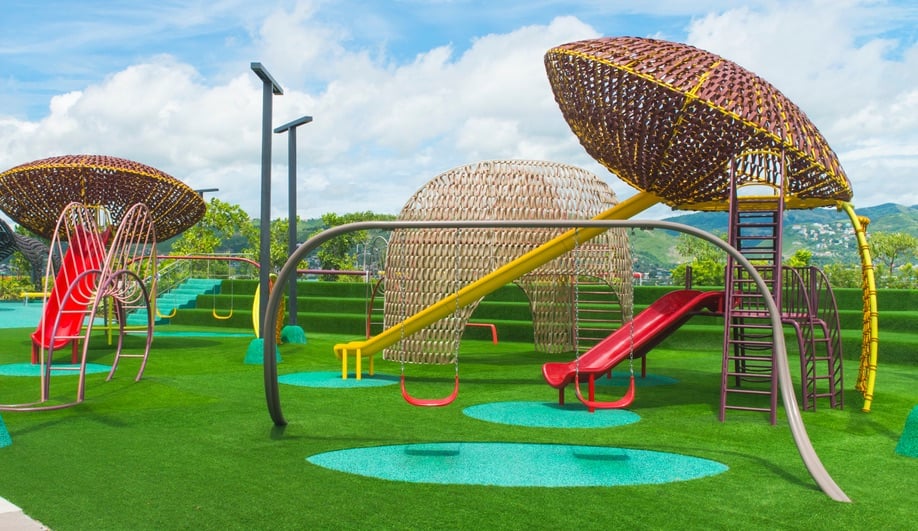 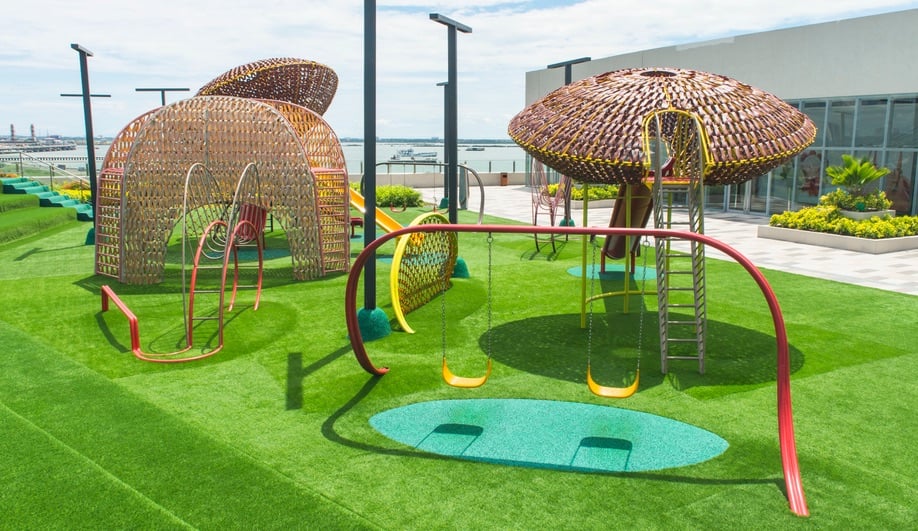 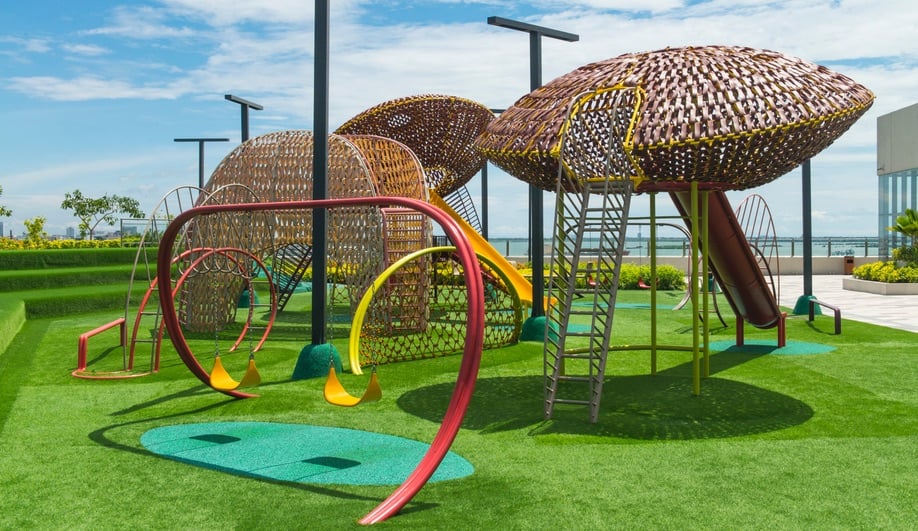 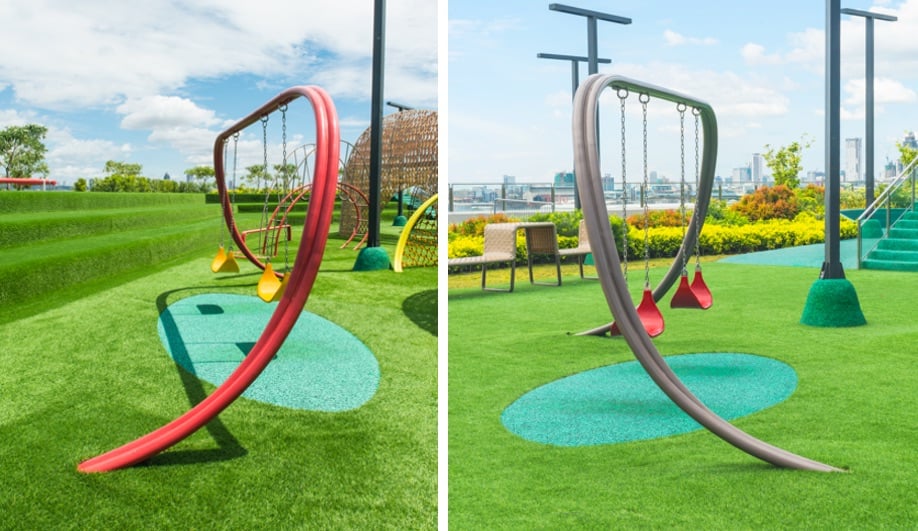 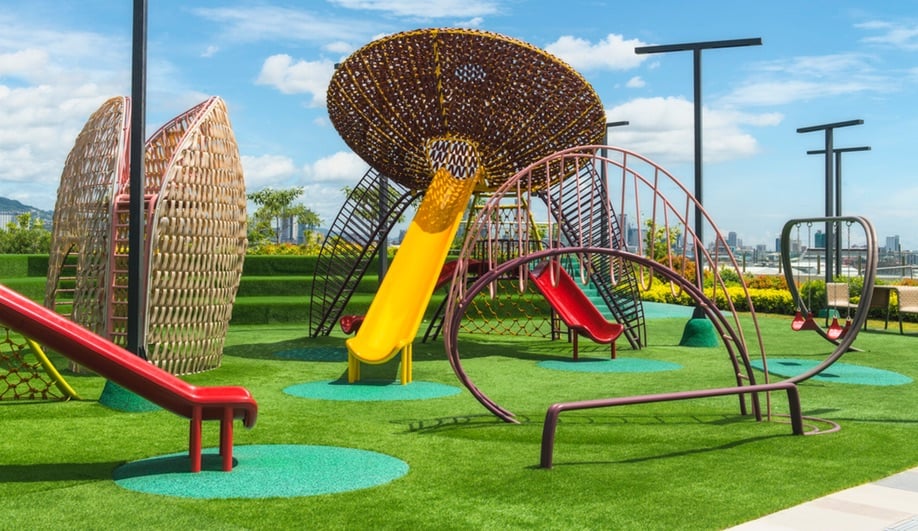 Filipino industrial designer Kenneth Cobonpue is renowned for his charismatic furniture designs, which combine natural materials and traditional craftsmanship with modern forms. Cobonpue’s whimsical works, such as Babar, an elephantine storage cabinet in rattan, have earned him various international accolades, including designation as Designer of the Year at the inaugural Maison et Objet Asia in 2014. His sculptural woven screens are a signature feature in several Nobu restaurants, including in New York, Las Vegas, Qatar and Dubai.

For his latest project, Cobonpue was tasked with taking on an outdoor space, on the roof of one of the world’s largest shopping malls, in his hometown of Cebu. Encompassing a 758-square-metre viewing deck atop the SM Seaside City Cebu shopping centre, Sky Play is one of two new playgrounds in the mall’s upper reaches. The only design mandate handed down to the designer was to let his imagination run free, so he used the opportunity to bring his own childhood fantasy world – “where gigantic creatures roamed the land and sea shells provided shelters to sailors and mermaids” – to life. 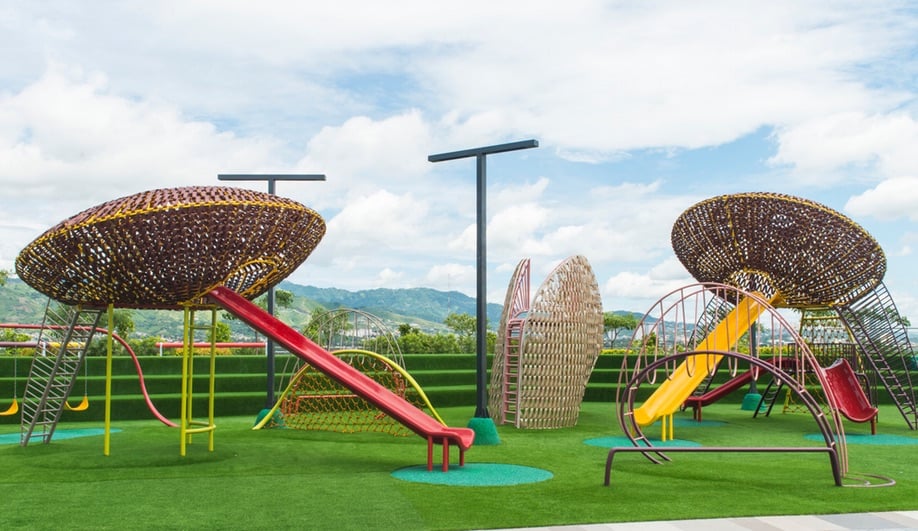 “I thought of what I would like to play with as a kid and the notion of resting in pods high above the ground came to mind,” explains the designer. “Most of the structures are inspired by the sky and sea, from coral to creatures both real and magical. Between slides, climbing bars and balancing beams, their forms disguise their functions.” 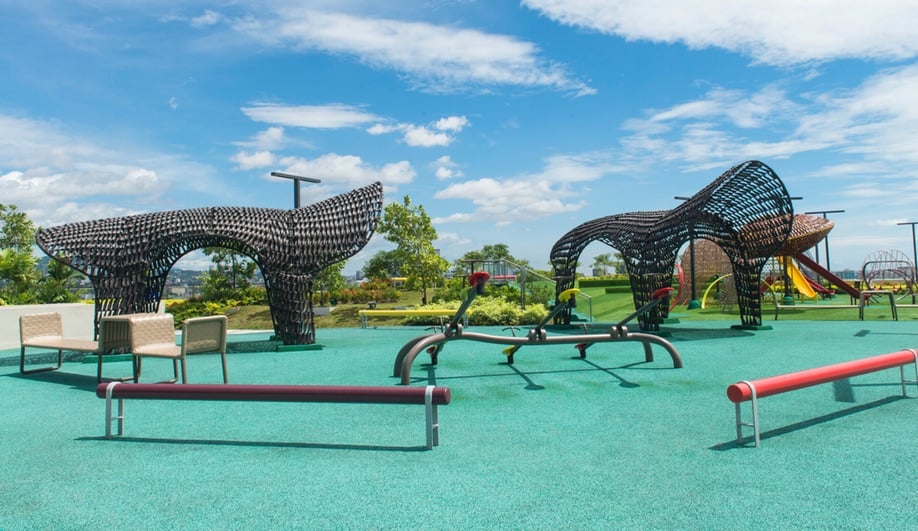 Not only will the rooftop playground’s powder-coated steel frames and flexible, loosely woven nylon forms stand up to use, they’ll also weather the region’s storms and typhoons. Though the original intent was to incorporate natural turf into the space, the cost of installing a green roof was prohibitive. A solution was found in combining softer artificial grass with a recycled rubber safety surfacing that adds bright splashes of blue-green to the playscape.

“The children love it,” says Cobonpue, of seeing the space activated. “The area fronting it used to be the quietest in the whole mall, but today it’s the busiest. I see that most children want to try every structure in Sky Play, and that makes me happy because that was my original intention – to transport kids to a new world of fantasy and fun.”