World’s Tallest Timber Tower Set to Rise in Vancouver
Pritzker Prize-winning architect Shigeru Ban's first Canadian project will be the tallest timber skyscraper in the world. Called Terrace House, it is part of a growing movement in building superstructures made of wood. 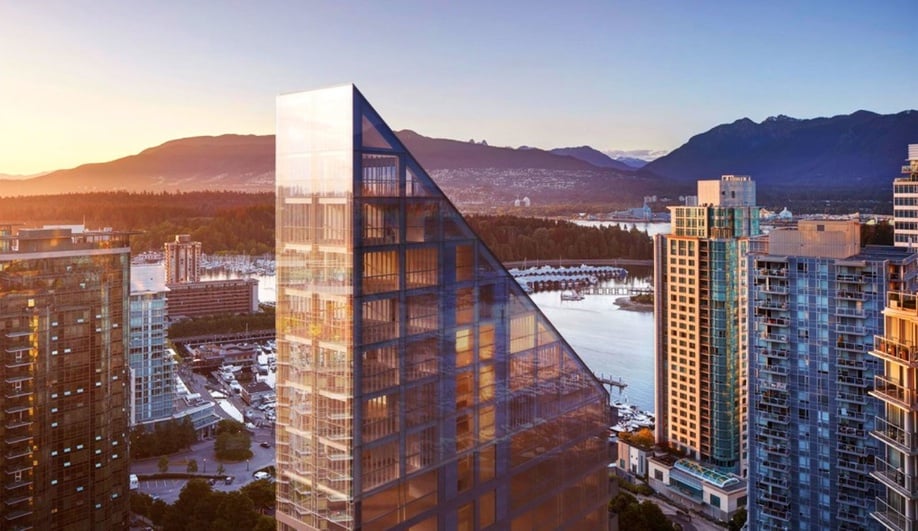 The height of Japanese architect Shigeru Ban’s Terrace House, to be developed by PortLiving, has not yet been revealed. But the renderings show the project forming a majestic peak with glass cladding exposing the building’s wood-beam structure.

While the tower’s core will be made of concrete and steel, the flooring and framework will use wooden beams and cross-laminated timber (CLT), which is known for its lightness and strength. Terrace House will occupy a site in Coal Harbour, a residential neighbourhood of mostly condominiums that sits between the downtown core and Stanley Park.

Renowned for his work with timber and other pulp products, Ban has shown his appreciation of wood for years now – it’s a calling-card. In 2014, he spoke to Azure about his use of spruce for a seven-storey timber office building in Zurich, which also garnered attention for Ban’s use of traditional Japanese carpentry methods.

Vancouver, though, is no stranger to timber construction. One of the movement’s biggest advocates and practitioners is local architect Michael Green. His 2013 TED talk on the topic was influential in spreading the word on the merits of building tall with wood, especially in dispelling some of the concerns surrounding the material: namely, that it is prone to fire and rot.

In an interview with Azure, Green espoused the virtues of CLT as a game-changer. “We’ve done the studies,” he said, “and it’s as safe as some conventional framework systems, in terms of seismic strength. We should be building for earthquake resistance, and mass timber frame-work has the give and strength to be the perfect structural material in an earthquake zone.” 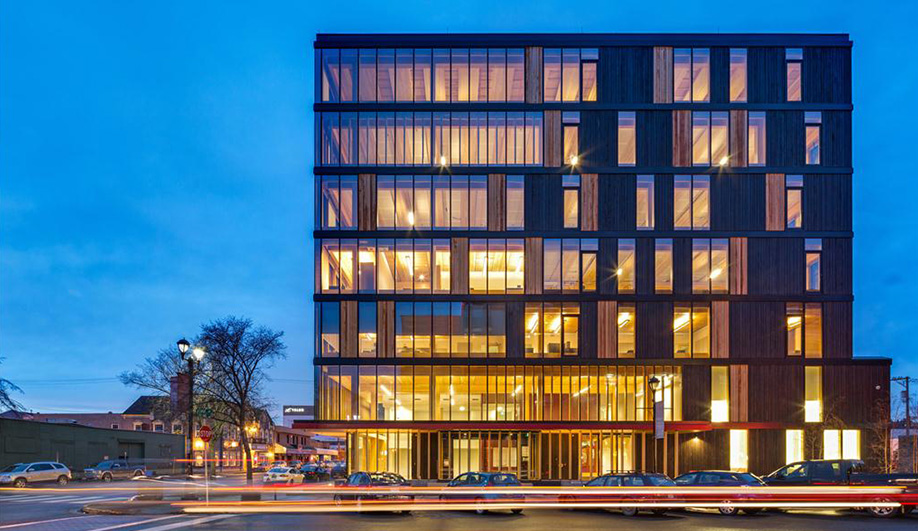 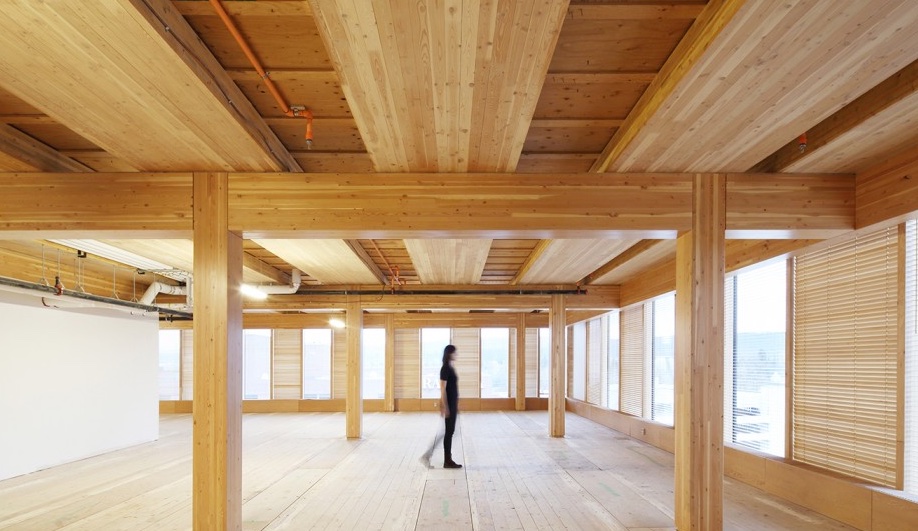 His firm has won accolades for its timber designs. The Wood Innovation and Design Centre, in Prince George, British Columbia, is an all-timber structure that rises eight storeys. It broke height records when it was completed in 2014, and has gone on to receive numerous awards, including a Governor General’s Medal this year.

Ban’s Terrace House is expected to rise higher than all the rest – though, at the moment, another mass-timber tower is taking shape in Vancouver, on the University of British Columbia campus. The UBC Brock Common, designed by Acton Ostry Architects, will reach 18 storeys when completed this fall, and it is going up at a rate of one floor every three days. Like Ban’s Terrace House proposal, it features a concrete and steel core with floor plates and framework employing local wood. 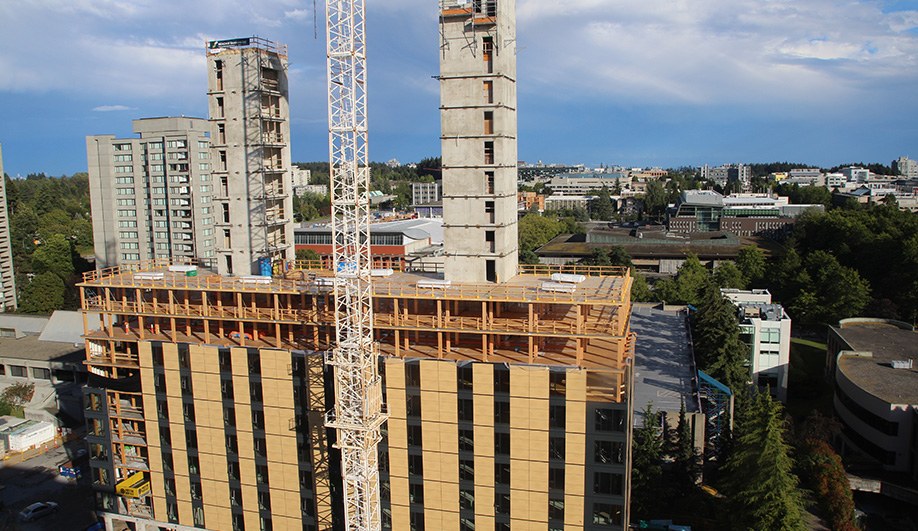 Structurlam is the provider of the mass timber for the project. The local manufacturer has created building packages of CLT, as well as glulam laminated columns, designed specifically for hybrid timber construction. Its CEO, Bill Downing, can easily rhyme off the benefits of building with wood. “We can cut it to within one millimetre of accuracy,” he says, which means buildings can go up quickly and with little waste. Cost-saving prefabrication also means very little construction happens on site, making for a clean and noise-free building zone.

British Columbia is also the wood basket of the world, he adds, which may be one reason why wood structures have become so popular there in particular. Says Downing, “Douglas fir is fantastically strong and beautiful. If you grow up with wood, you have a natural appreciation for it.”

More details on Shigeru Ban’s Terrace House are expected to be announced later this fall.