Toronto’s Next Generation: UUfie
Bringing a Japanese flair to a Canadian identity, the architecture and interiors studio is part of Azure’s chosen five: Toronto firms that are climbing to new heights. 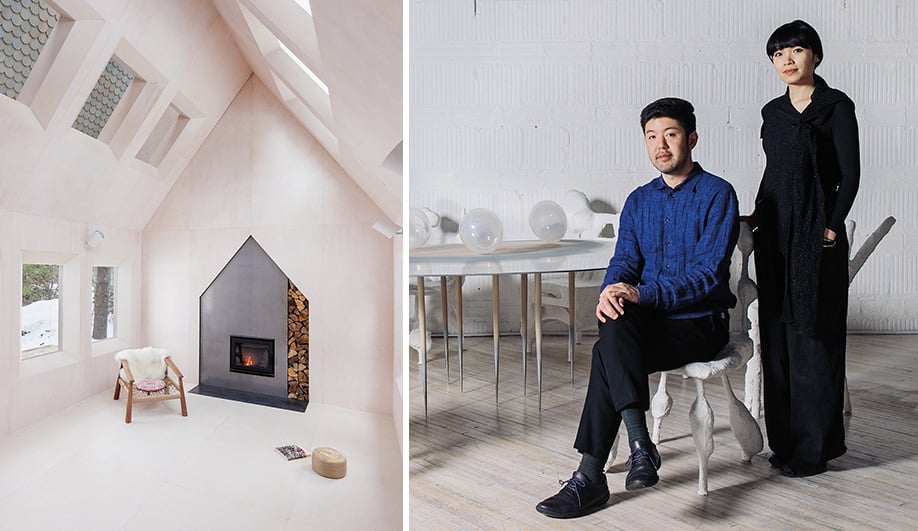 Left: Lake Cottage almost looks like a dollhouse, with its exaggerated pitched roof and white birch flooring and walls. Right: Founding partners Eiri Ota and Irene Gardpoit met in Tokyo, before relocating their studio to Toronto in 2013. 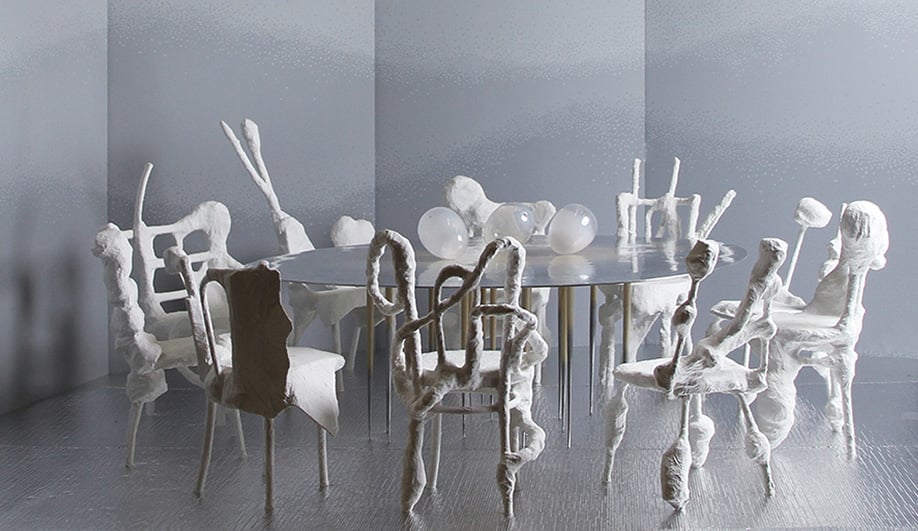 A dramatic setting created for a one-night-only experience included chairs wrapped in plaster and a steel table with stiletto-like legs. 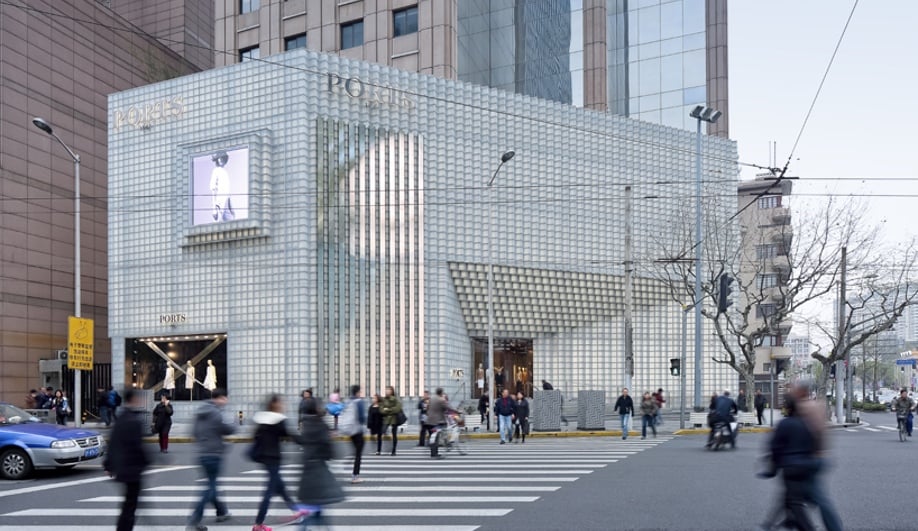 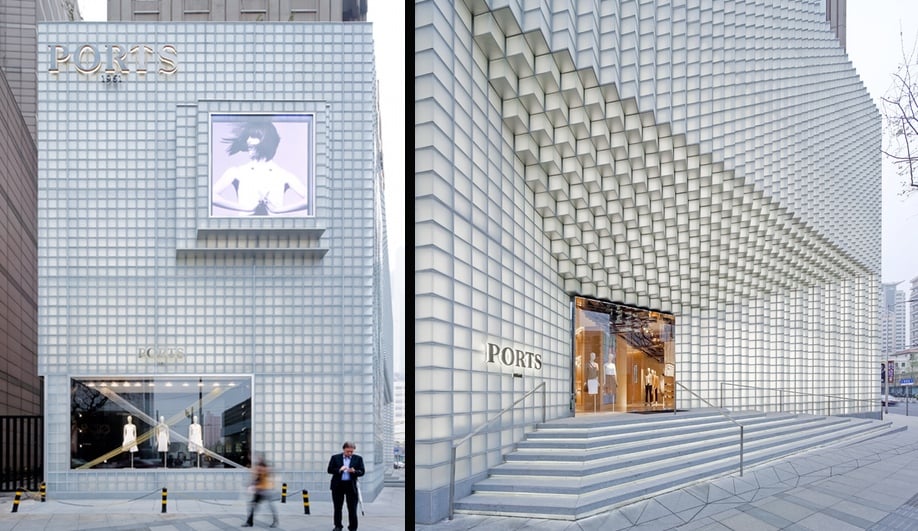 Bringing a Japanese flair to a Canadian identity, the architecture and interiors studio is part of Azure’s chosen five: Toronto firms that are climbing to new heights. (See our first instalment, on Benjamin Dillenburger.)

There is a quiet confidence in the works of UUfie, a slow burn that turns white hot. Gracefully articulated buildings and landscapes, fantastical products and surreal installations have become the hallmark of this invent­ive duo since they opened their studio in the Toronto’s west end in 2013, after operating in Tokyo since 2009. There, Eiri Ota and Irene Gardpoit, both 35, met while collaborating on Nagi, an apartment renovation defined by partitions made from white lace drapery. Ota, born in Paris and raised in Japan, was working with Jun Aoki & Associates, while Toronto native Gardpoit was at the studio of Arata Isozaki & Associates. Both credit their time in Japan for giving them an open-mindedness and a professional maturity well beyond their years.

“In Japan, we didn’t differentiate between architecture, design and art. We wouldn’t consider doing the exterior of a house, for instance, without doing the furniture inside,” says Ota. “We don’t differentiate the import­ance of projects by scale.” Their first Canadian residential project, Lake Cottage, saw a weekend getaway partially swathed in mirrors to quite literally reflect the surrounding landscape. The project subtly weaves tenets of Japanese design into a decidedly northern structure; its minimalist interior of pale stained birch plywood is contrasted with charred cedar cladding. Completed in 2013, the cottage became the de facto calling card for the firm, which is now working on projects in Europe, Asia and North America.

Despite the Japanese influence, a Canadian identity figures just as prominently in their more recent projects. For a flagship store for fashion house Ports 1961, which opened in Shanghai earlier this year, UUfie covered the storefront with undulating glass blocks mitred to evoke seamless cubes of ice. “The original Ports 1961 fashion was about a white collar, which we took as a strong geometric form, together with elements of the Canadian landscape,” says Gardpoit.

These sorts of poetic analogies come easily to the pair. “We tend to start with something radical, without constraint” says Gardpoit, “and every challenge is a little chance to step back and develop it more, so the design always gets better.” One of their residential projects, now underway in Toronto, was inspired by the idea of intestinal protuberances grasping for nutrients, which acts as a model for the building’s interior pulling light and nature deep into the house, via a series of folded corners and windows.

While they honour local traditions, Ota and Gardpoit always strive to find newness in materials and in their process. “It’s important to change the eye,” says Ota. Their 2011 Peacock-L chair is a good example of this. When asked by Corian to use the solid-surface product in a way that hadn’t been seen before, they developed a method to quickly heat and mould the material, stretching and splaying it into a lace-like chair evocative of a peacock’s fanning tail.

Italian curator Rossana Orlandi, known for hand-picking tomorrow’s design stars, showcased the chair in 2013 during Milan Design Week. In 2014, her group exhibition Untold, at the Bagatti Valsecchi Museum, included ethereal hand-blown glass objects by UUfie juxtaposed against the museum’s historically rich interiors. At their all-white studio, a small egg (the concept model for the glass pieces) stands on end as a metaphor for their investigative ethos. “We just observe,” says Ota. “We aren’t trying to find a tricky answer, but what is actually best, and a solution people can use for a long time.” ­