Thom Mayne’s 20-Room Contribution to the 7132 House of Architects
For a remote spa and adjoining hotel in Vals, Switzerland, Thom Mayne connects with the spiritual nature of the spa's famed thermal baths. 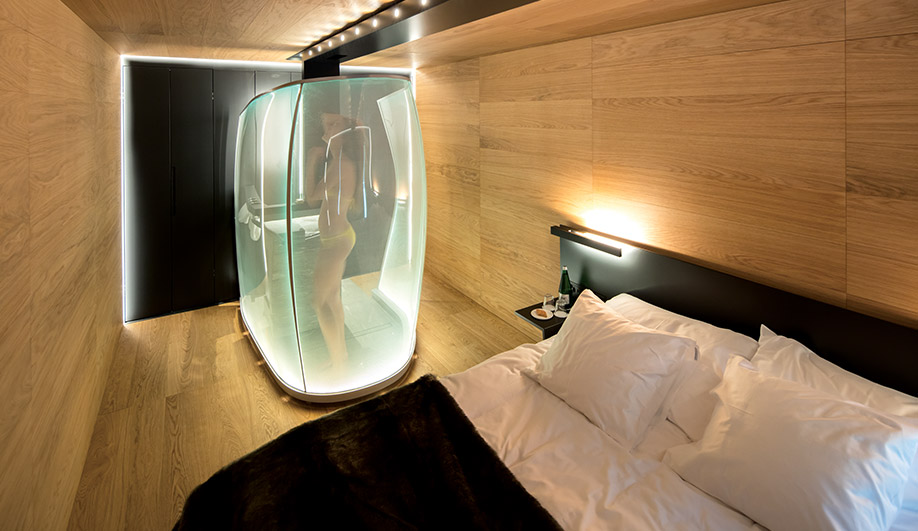 Natural oak used on the walls, floor and ceiling is countered by the capsule shower made of fritted glass. 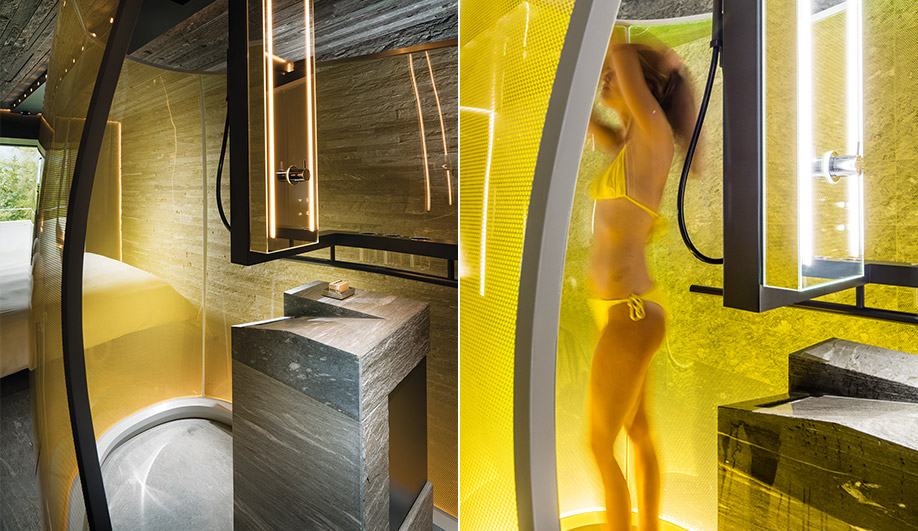 The shower, illuminated by a ring of light, includes a Valser quartzite altar washbasin.

For a remote spa and adjoining hotel in Vals, Switzerland, Thom Mayne connects with the spiritual nature of the spa’s famed thermal baths.

Pritzker prize-winner Peter Zumthor’s 7132 Thermal Baths is a baptismal font for the architecturally devout. The spiritual program of those renowned waters, where natural phenomenon and contemporary design meet, continues into an adjoining hotel, the 7132 House of Architects, where rooms by Zumthor, Kengo Kuma and fellow Pritzker-winner Tadao Ando are now joined by spaces by another Pritzker-prizer: Thom Mayne.

Completed in July 2016, Mayne describes the 20 rooms by his firm Morphosis Architects as “clearly of the place, radically contextual.” They are wrapped in either locally quarried Valser quartzite (the same material Zumthor used for his baths) or oak from nearby Graubünden forests. The walls, ceiling and floor in each respective suite are tactilely continuous. The stone rooms come in three unique possibilities, varying in colour, cut, and texture; the wood ones in two. “In a haptic sense, in a sensual way, we’ve made something that is of the village,” says Mayne. 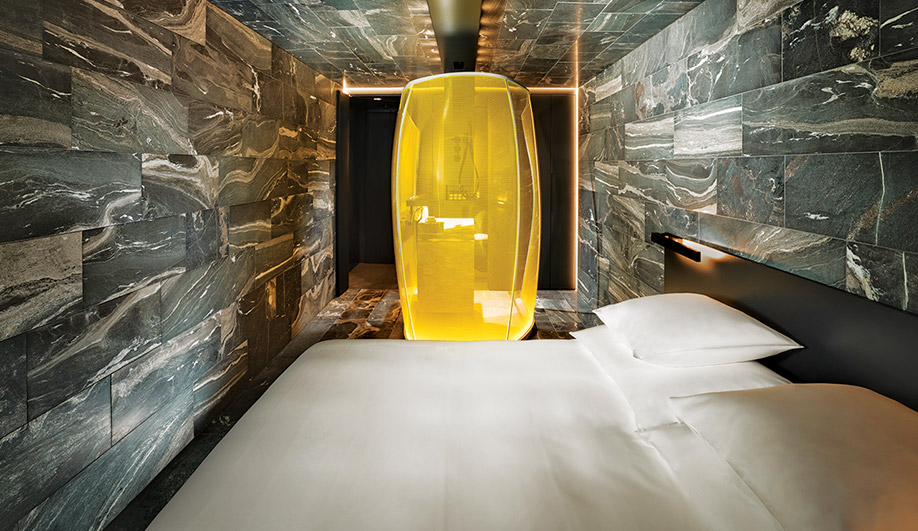 In the stone rooms, Mayne sourced local quartzite that is known for its richly veined appearance.

Mayne is used to working on a much larger scale. In fact, Morphosis’s plans for a nearby luxury hotel tower, Femme de Vals, is anticipated to be the tallest building in Europe at over 80 storeys. The 7132 project was a welcomed opportunity to create more intimate worlds. “At this scale, every little piece is viable,” he says. “You’re aware of every detail, every connection, even the simple things: drying your hair, bathing, where the soap is. Everything is part of the experience, and you want nothing to break the spell.”

To that end, Mayne positioned a fritted-glass shower in the centre of each room. Its double-curved, hot-bent glass shell, fabricated by Spain’s Cricursa, has a decidedly 21st-century aesthetic. Within each stands a Valser quartzite washbasin that reads as though a kind of altar, and invokes the architectural holiness of Vals. Mayne likes to think of these rooms within rooms in metaphoric terms. The quartzite inside the futuristic capsule suggests that our connection to the past is inevitably filtered through a contemporary mind, and like all good art, it is open to interpretation.