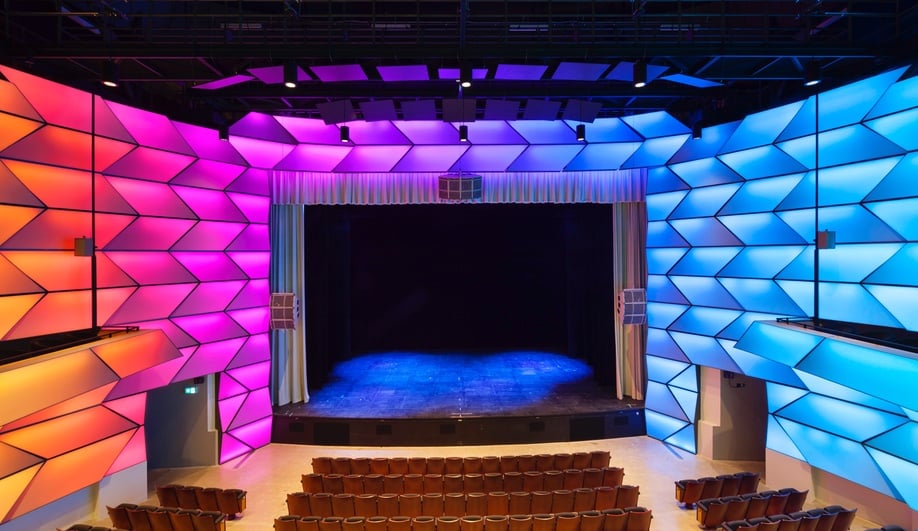 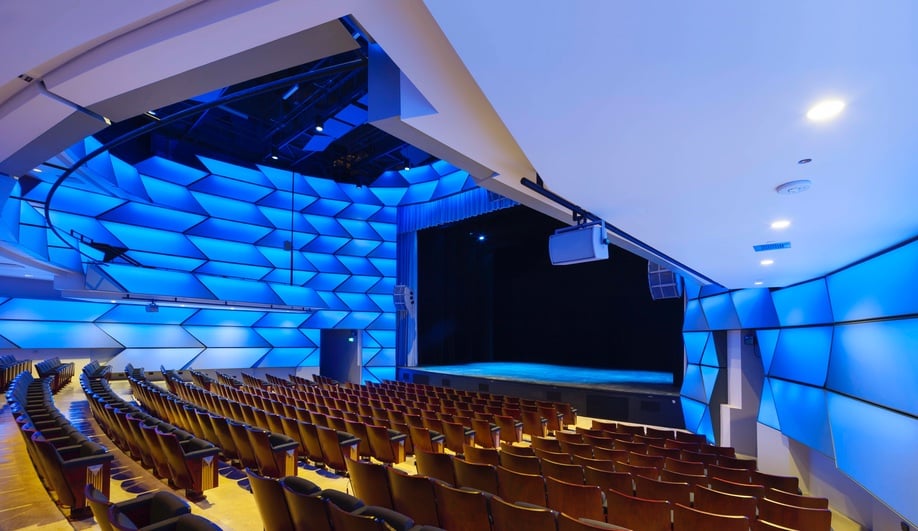 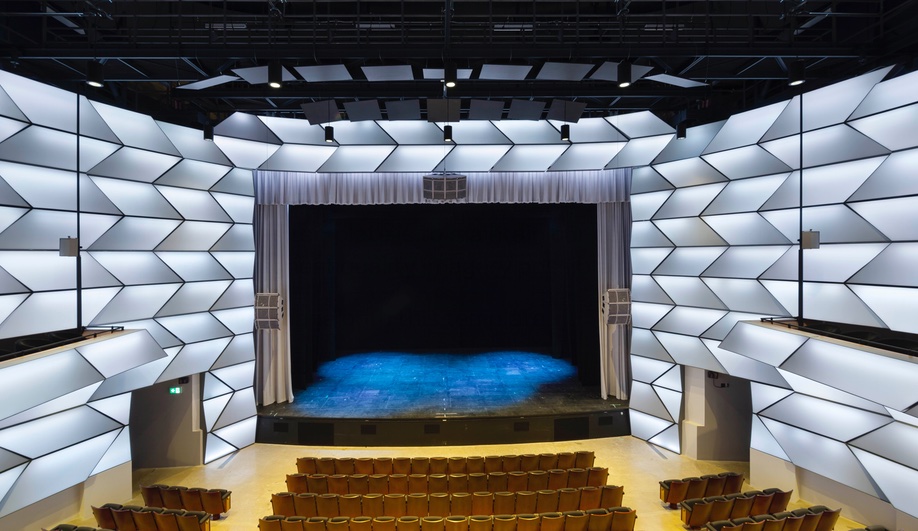 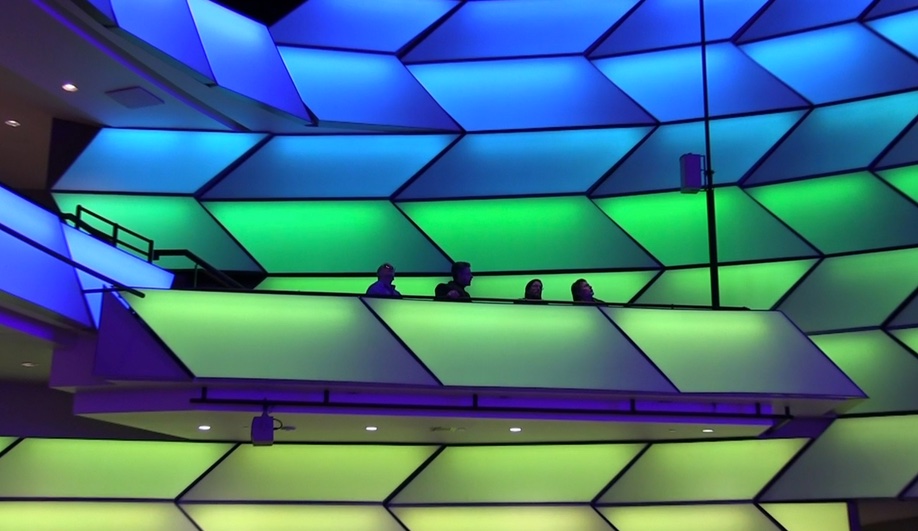 Diamond Schmitt Architects’ transformation of the Toronto-area arts centre was an unusual project: the firm needed to divide the preexisting auditorium into two distinct venues, employing a design feature that would both imbue the centre with a distinct identity and enhance the theatrical experience.

The solution for the Main Stage Reconfiguration Project came in the form of a system of LED-programmable acoustic panels that were used to enrich the atmosphere and to help divide the auditorium into the 580-seat Lyric Theatre and the Greenwin Theatre, a flexible, 300-seat “black box.”

Diamond Schmitt used the original theatre’s proscenium as the dividing line for the two new venues. To create the Lyric Theatre, the firm designed a new stage, along with an overhead truss with motorized rigging for technical support. The slant of the existing orchestra and balcony seating was adjusted accordingly for better viewing. 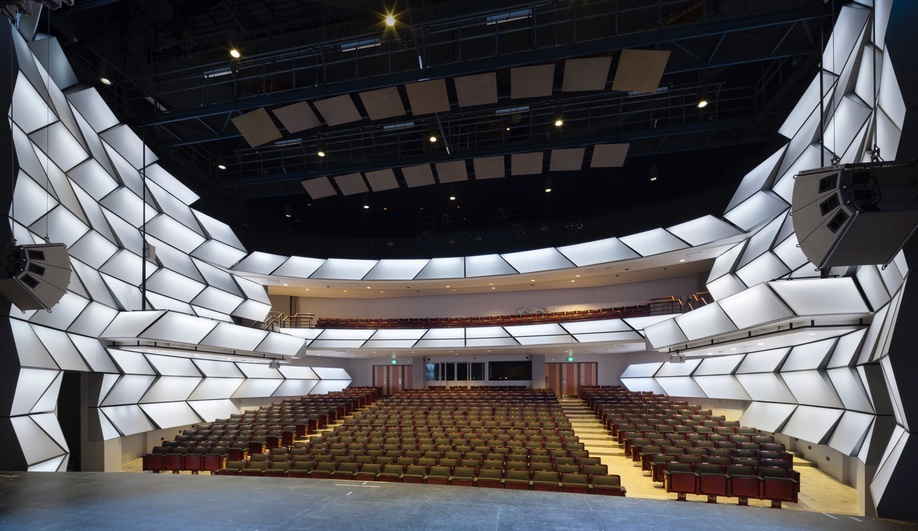 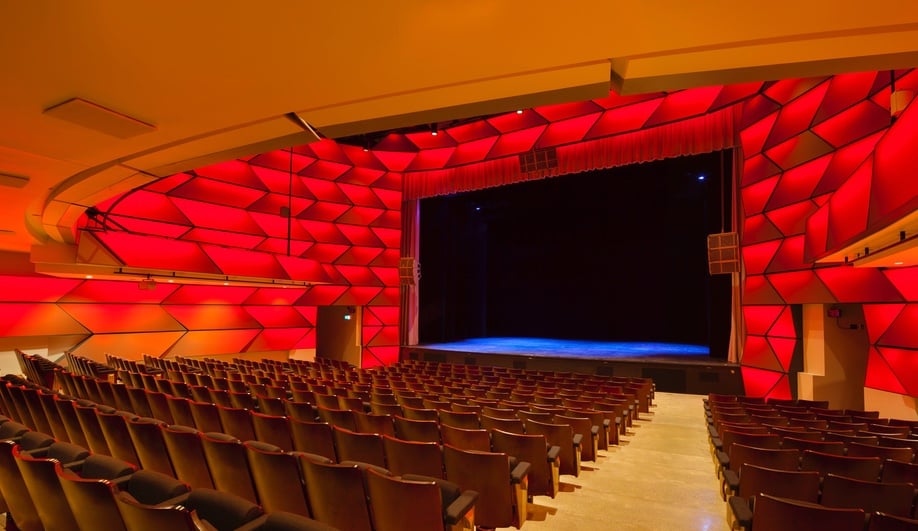 To provide both visual and sound separation, the acoustical inner shell of the space consists of 172 fabric-covered chevron elements that are mounted on a metal strut framework. Within each element is a strip of programmable, colour-changing LEDs.

“The chevron is firstly a visual design element, but it also contains the main acoustic treatment for the room,” the firm explains. “The backs of 40 per cent of the chevron boxes are reflective, sending sound back to the audience, and 60 per cent are transparent, dampening the sound energy by carrying it into the void of the existing theatre shell behind the chevron panels.” The programmable panels, which can be controlled separately, are able to “augment the mood of a performance” in a way that is “responsive to the dramaturgy.” 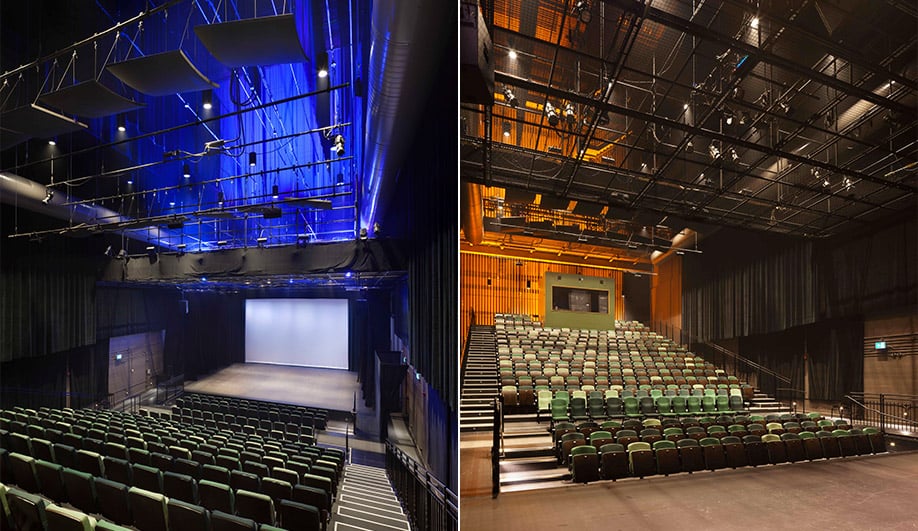 The smaller Greenwin Theatre occupies the stage of the previous configuration, taking advantage of the dramatic 27-metre height of the fly-tower for use in theatrical productions. Retractable seating adds versatility to the space, allowing it to be used as an open studio.

Diamond Schmitt Architects recently won an Achievement Award in the small project category from the Toronto Construction Association for the theatre reconfiguration.