10 Fab Furniture and Lighting Debuts at NYCxDesign 2019
These 10 furniture and lighting pieces, making their debut at the fair and beyond, include works by AndLight, Reform Kitchens and Mabeo 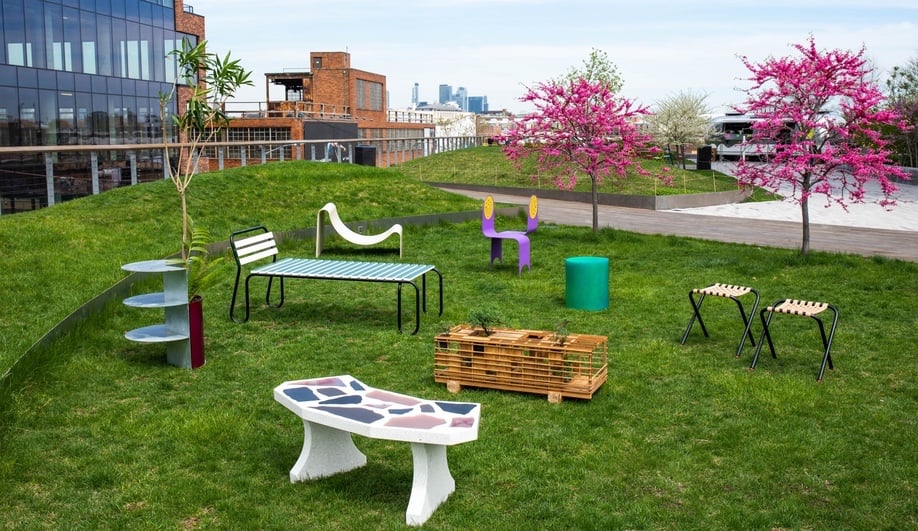 NYCxDesign has only grown over the years, with dozens of exhibitions and events – and entire design districts – springing up around Manhattan and Brooklyn. But the weekend of ICFF is always the biggest and most frenzied, with showroom parties and exhibit openings on every evening. Both the fair and WantedDesign are places to methodically scout out new furniture, lighting and textiles from around the world; in fact, both boast a number of global showcases, putting the spotlight on places as diverse as Brazil, Poland, Egypt and Quebec. And the smaller events present their own surprises, more rarified but definitely worth the foot blisters. Here are 10 launches we’re looking forward to. 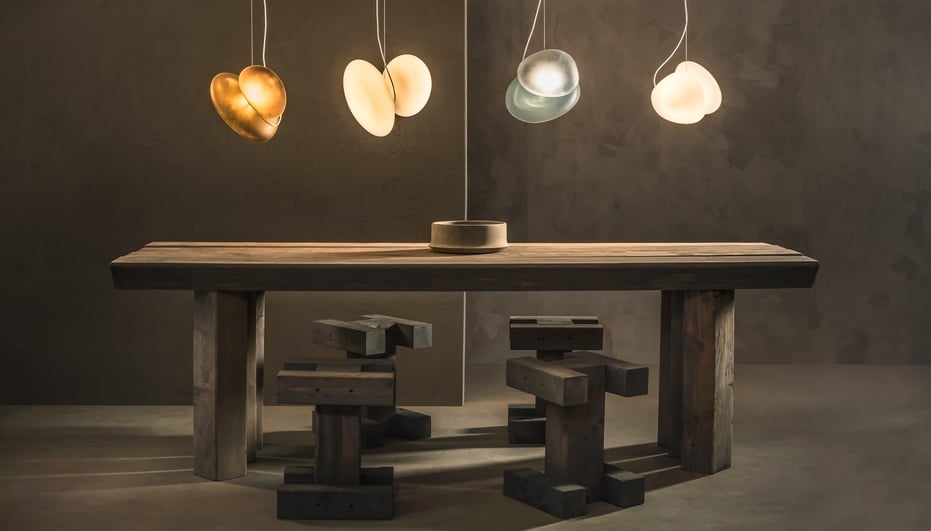 Taking on the appearance of polished stones, the lovely Pebble lights are part of a new collection by Vancouver’s AndLight. Designed by co-founder Lukas Peet, the LED fixtures come in double-glass pendant and single-glass sconce versions, both of which are augmented by their well-considered finishes in pearl, travertine, slate and citrine and in opaque, translucent, glossy and etched styles. 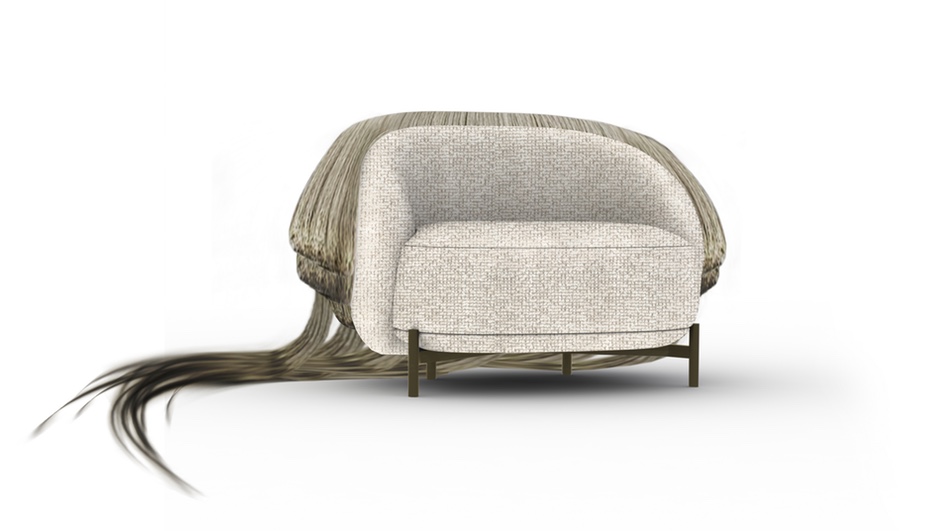 “Inspired by the rich heritage of garment making and the origins of textiles, our collaboration is characterized by the properties inherent in the natural and technical,” the duo say in their press release. “Our approach to natural was inspired by the mino, an example of early Japanese rain gear made of straw. In contrast, technical takes inspiration from modern protective rain gear and elevates the humble synthetic fibre.” 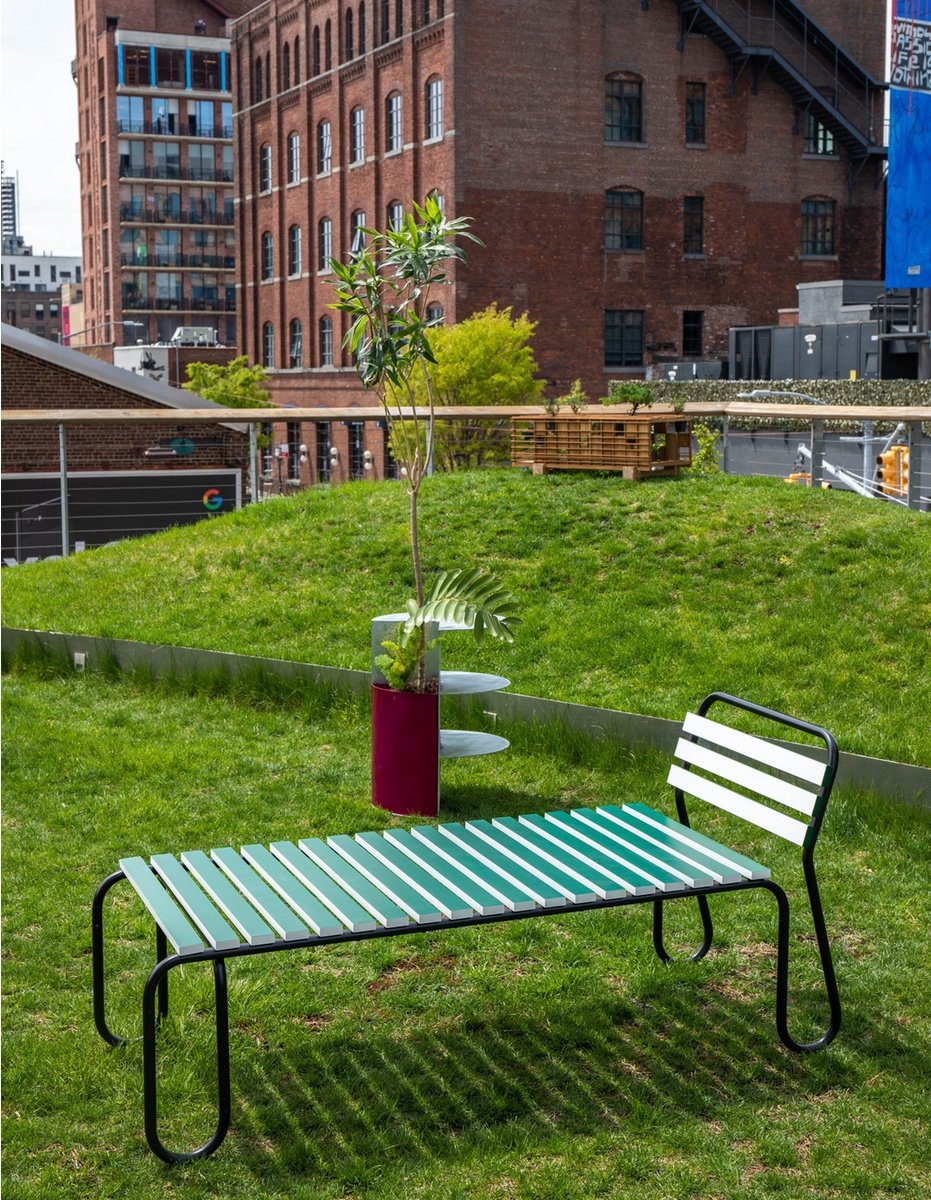 Open to the public, the Inside/Out show on the elevated green space surrounding The William Vale boutique hotel in Brooklyn will be a place to both chill and check out new outdoor furniture by 21 designers, including Kin & Company x Dusen Dusen’s Thin Check chaise and table, which are “playfully perforated” with a Dusen Dusen print of overlapping checkerboard patterns; and Asa Pingree’s fibreglass Knockabout Lounge Chair, with its enticing, super-slim sling form. 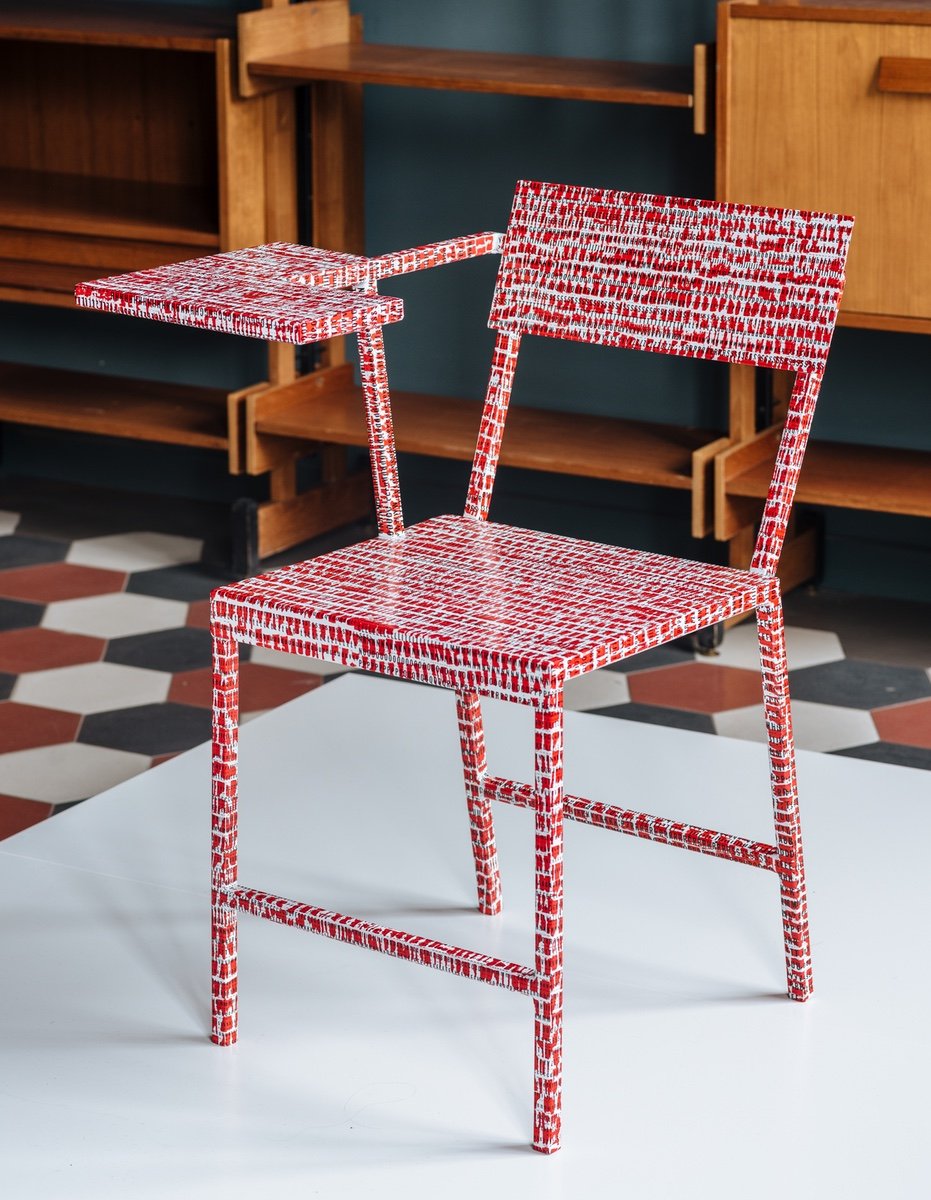 Amalia Attias’ steel Marked Chair is among the many noteworthy pieces in the RISD x MABEO collaboration, in which Rhode Island School of Design students, participating in a class taught by Canadian Patty Johnson, partnered with Botswana’s Mabeo Furniture. The prototypes debuted at Ventura Future during Milan Design Week, and will be shown again at ICFF.

“Working with Johnson and designer Peter Mabeo to unpack notions of cultural identity within the realm of contemporary art and design, [students] explored the critical role of human dynamics and designed work shaped by personal interaction and theory,” note the curators. “Through the process, students also learned about emerging territories for craft and design practice and how craft can be a catalyst for social and economic development.” 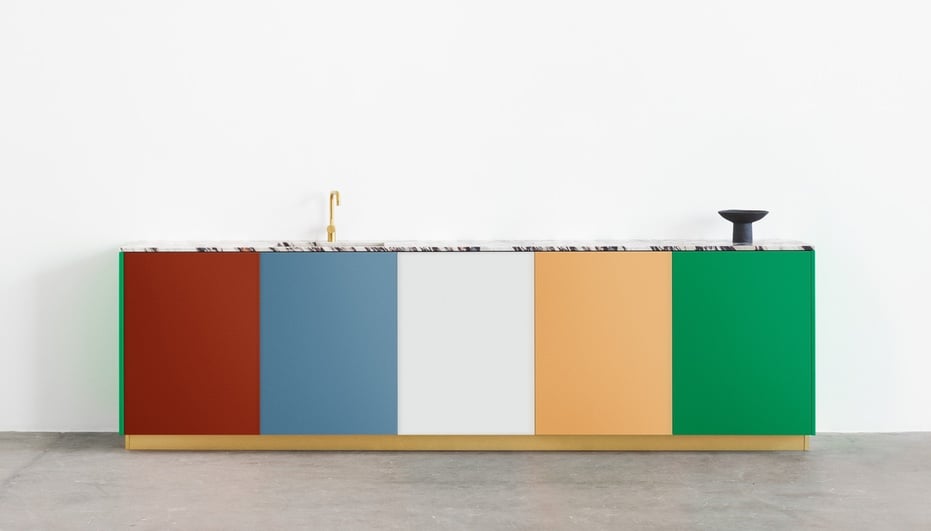 At ICFF, Denmark’s Reform Kitchens – which made a name for itself by offering a variety of countertops and fronts that go with basic IKEA modules – is debuting not one, not two, but three gorgeous cabinet systems by a trio of designers: Muller van Severen, Note Design Studio and David Thulstrup. Shown here is van Severen’s Match, with its vibrant and customizable palette. 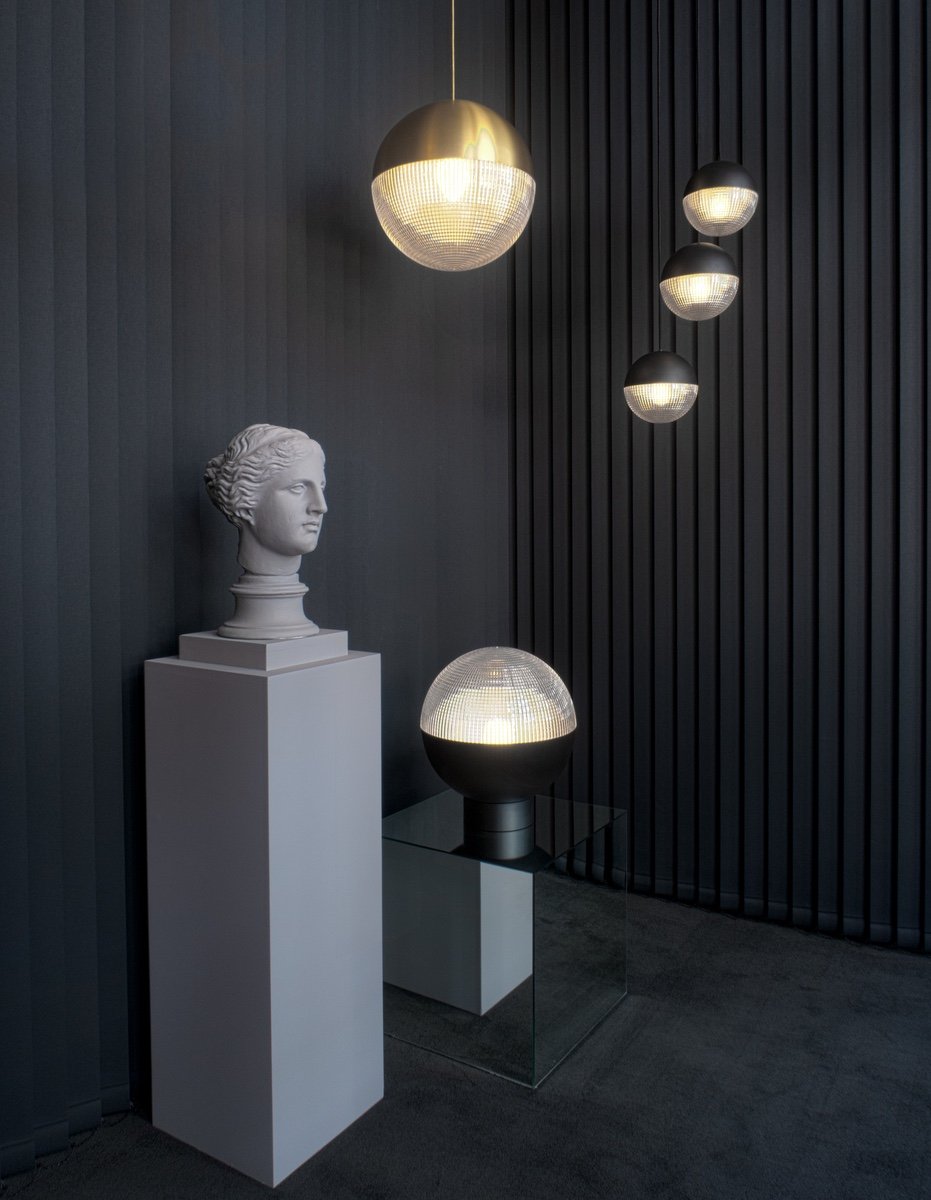 New variations of the Observatory Collection will be the focus of Lee Broom‘s Greene Street showroom. Among them, the Little Lens Flair, a smaller-scale, seven-inch-diameter version of his spherical light, will be available as a pendant, a three-piece chandelier and a table lamp in brushed brass or matte black finishes. 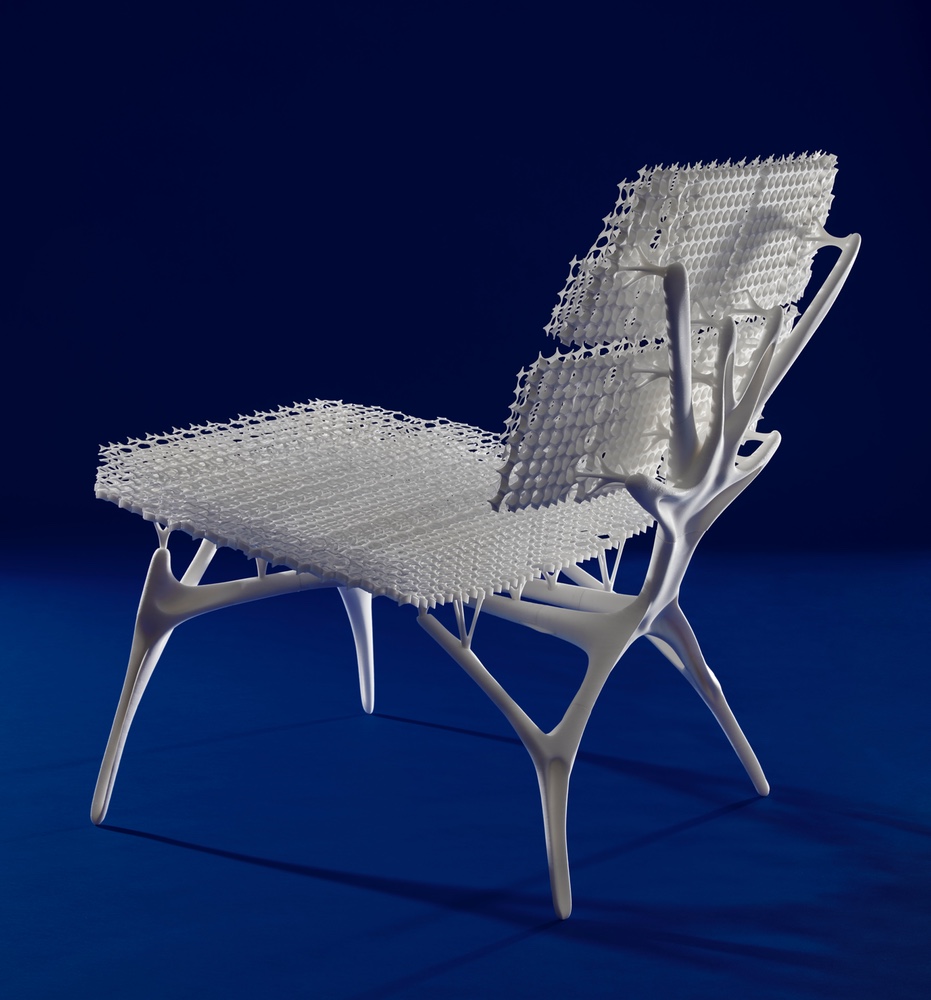 Ventura New York – The Dutch Edition will explore new talent in the Netherlands. In what promises to be a rich and multi-disciplinary exhibition, Studio Lilian van Daal (in collaboration with Oceanz3D) will show the prototype Radiolaria #1. The soft and flexible biomimetic chair is 3-D printed in a single material – recycled polyamide – and with a structure inspired by the single-cell radiolaria and bryozoa, two zooplankton micro-organisms that in large numbers form lattice-like networks. 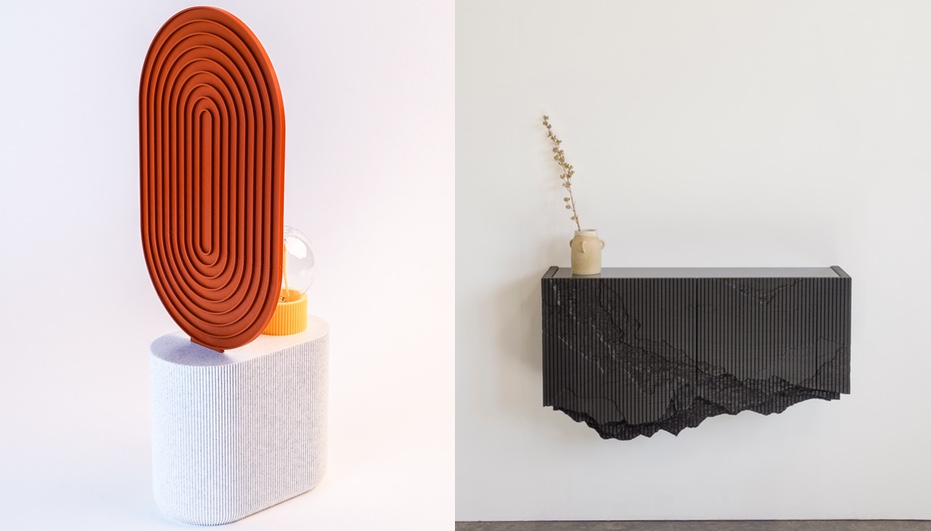 WantedDesign Manhattan shows off its global perspective with several collective exhibitions, focused on design from Quebec, Egypt, Shanghai, Colombia, Mexico and Poland. Shown on the left is the Neptune lamp by returning favourite UAU Studio, which makes 3D-printed accessories with biodegradable bioplastic in their Warsaw shop. On the right is the Ledge Console, by Quebec designer Simon Johns, inspired by rock formations and crafted in solid ash with a black glass top.

Where and when: WantedDesign Manhattan, Terminal Stores, May 18 to 21 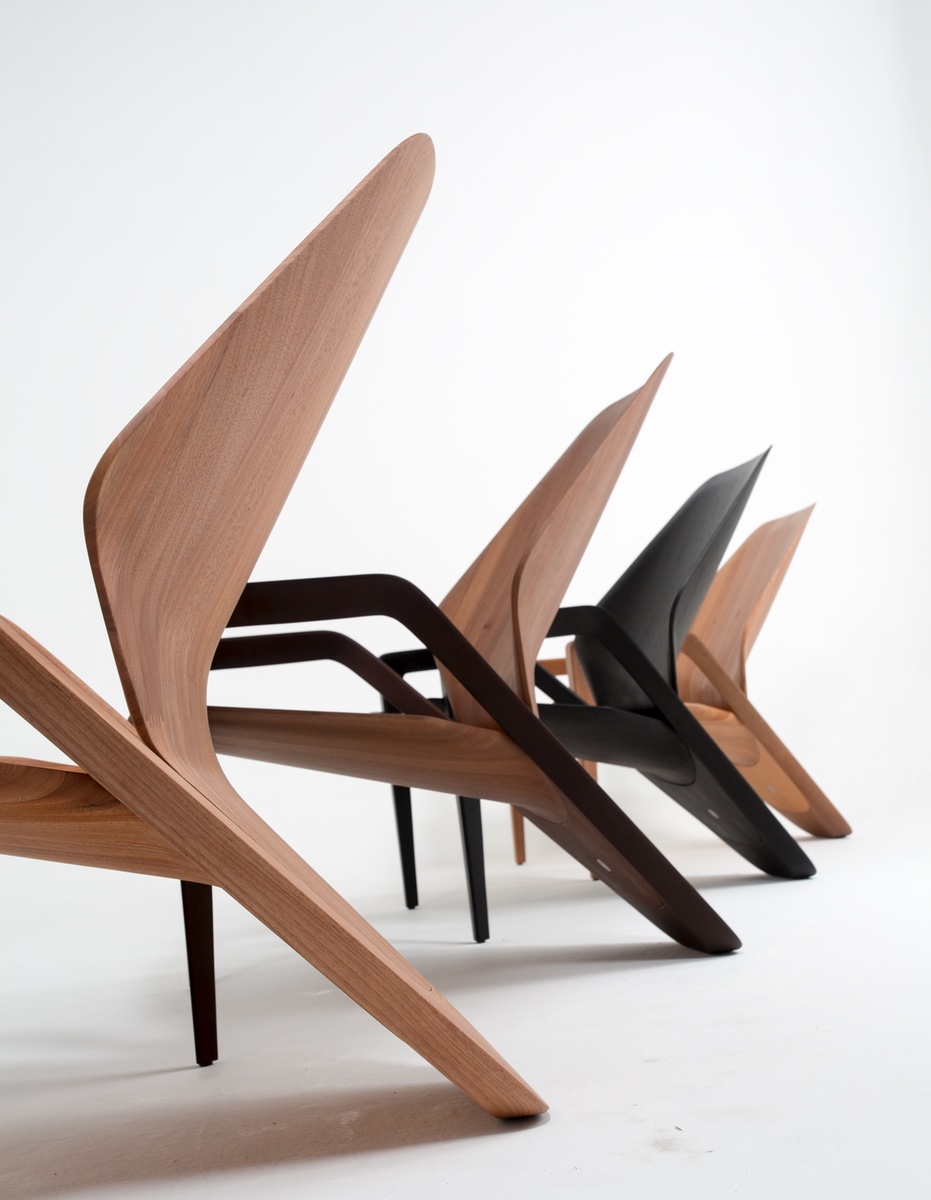 The Raiz Project brings 14 Brazilian designers and studios to ICFF. In the mix will be Alessandra Delgado, Guilherme Wentz, Plataforma 4, Studio Vallvé and Guto India da Costa – who designed this series of wood armchairs that puts a stylized spin on Brazilian modernism.

10
Making it Matter Made 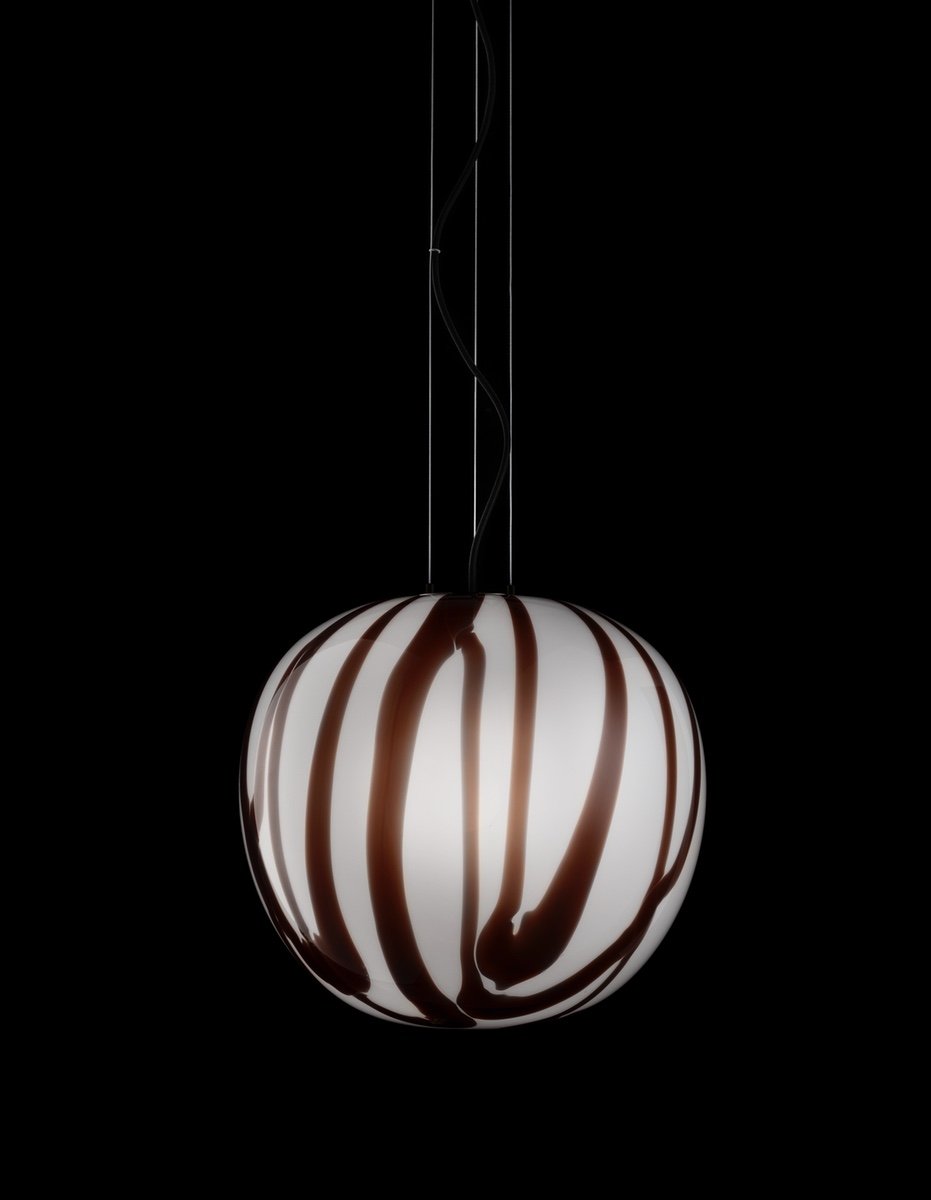 This year, Matter debuts the new Rotea lamps by Luca Nichetto for its homemade brand Matter Made. And the gallery and showroom also hosts the curated showcase Object of my Eye, with a selection of works from cc-tapis, Established & Sons, Objects of Common Interest, Tacchini and more.