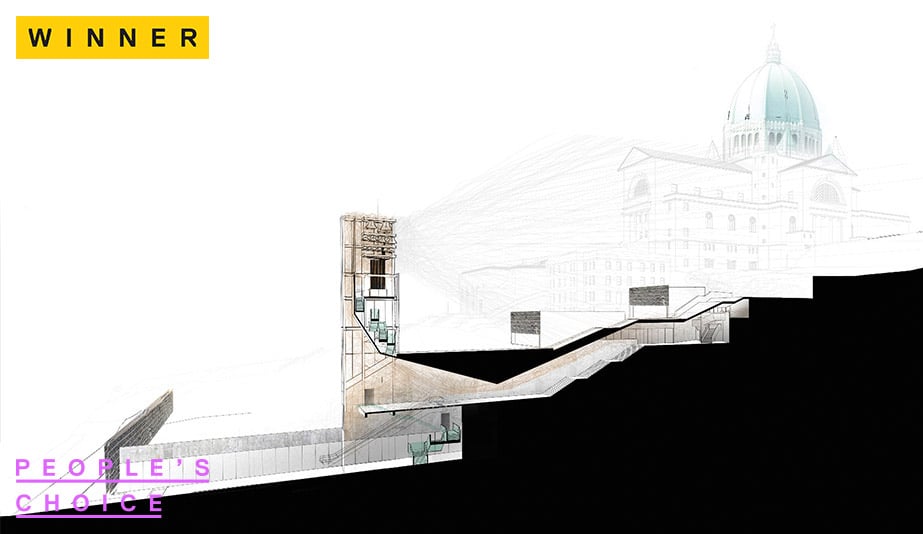 Saint Joseph’s Oratory is one of Montreal’s most visited tourist attractions, with more than two million visitors – some on their knees seeking salvation from a site alleged to be a place of miracles – climbing its 283 outdoor steps annually to reach its doors. That’s a daunting history to mess with. Yet messing with the site is what Montreal-based firm Lemay has been tasked with, designing an $80 million upgrade to improve accessibility for those with limited mobility, and to enhance the acoustics for everyone. From the outset, “contemporary yet respectful” have been the watchwords for the firm, which is now overseeing realization of the project, expected to reach completion by 2019. 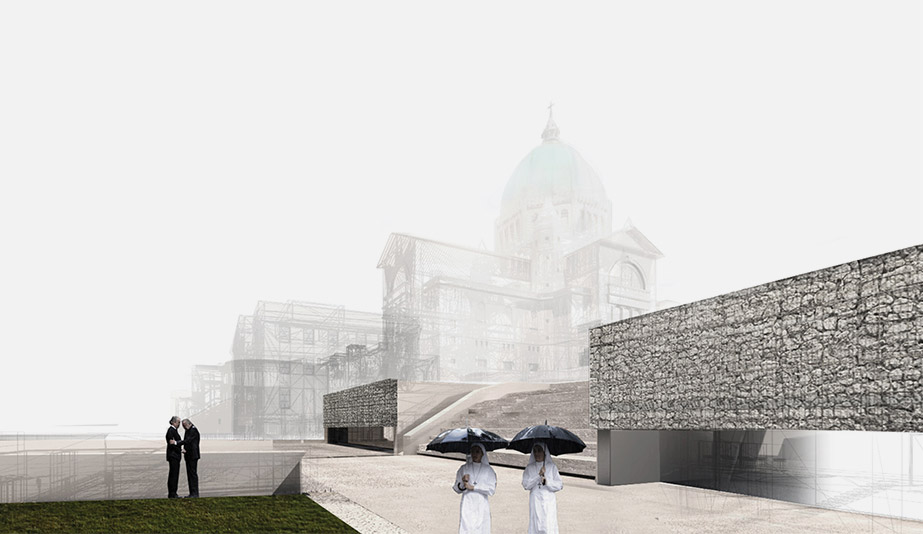 The focus is primarily on the visitor facilities, including interior access from street level to all the buildings that are open to the public. These include the Holy Family Plaza, a multi-purpose pedestrian mall midway up the flank of Mount Royal, and a new bell tower. A monumental structure befitting Quebec’s only carillon, the tower houses a large musical instrument composed of 61 bronze bells that were originally made for the Eiffel Tower.

This project is a tremendous reflection of quality and thoughtfulness right in the heart of Montreal, and it is so well executed” – Megan Torza

The carillon, as well as a terraced landscape and other hard surfaces planned as features en route to the hilltop, combine into one giant earth chime. The architects intended these new structures to act as acoustic panels that project the unique instrument’s sound over as much of the grounds as possible, providing audio accompaniment to enhance visitors’ ascensions.

Some of the renovation budget will go to refurbishing the site’s existing infrastructure, such as the museum that contains some 30,000 artefacts, among which is the Oratory founder’s preserved heart. But the redevelopment’s loftiest achievement will be realized with the upcoming revamp of the basilica’s gigantic dome. The new cupola will include a staircase through a void between the inner and outer dome structures.