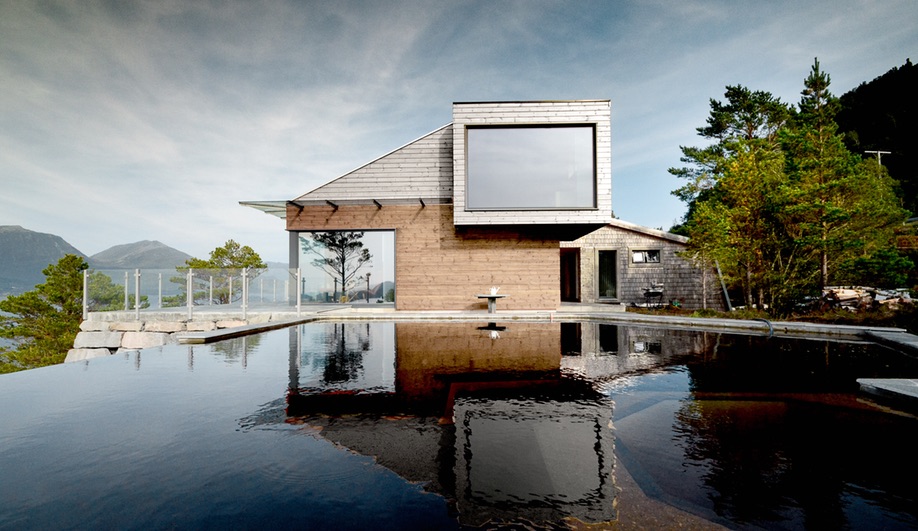 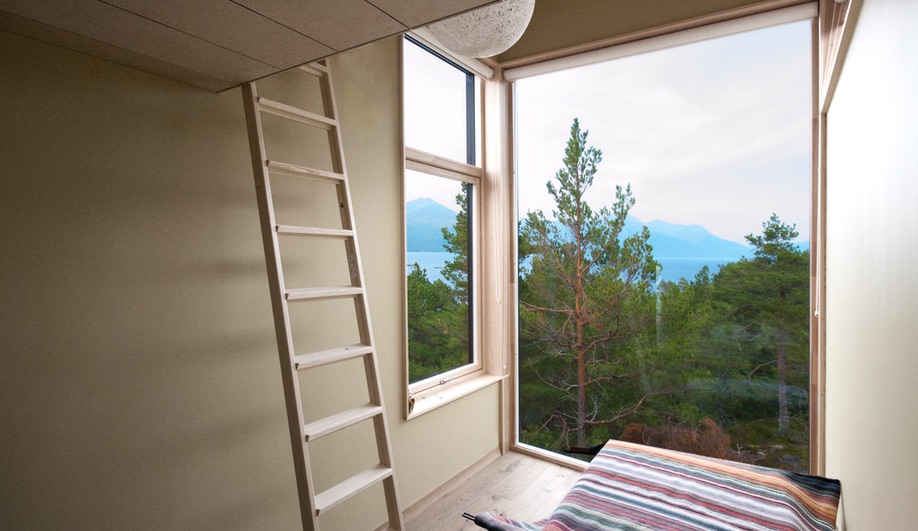 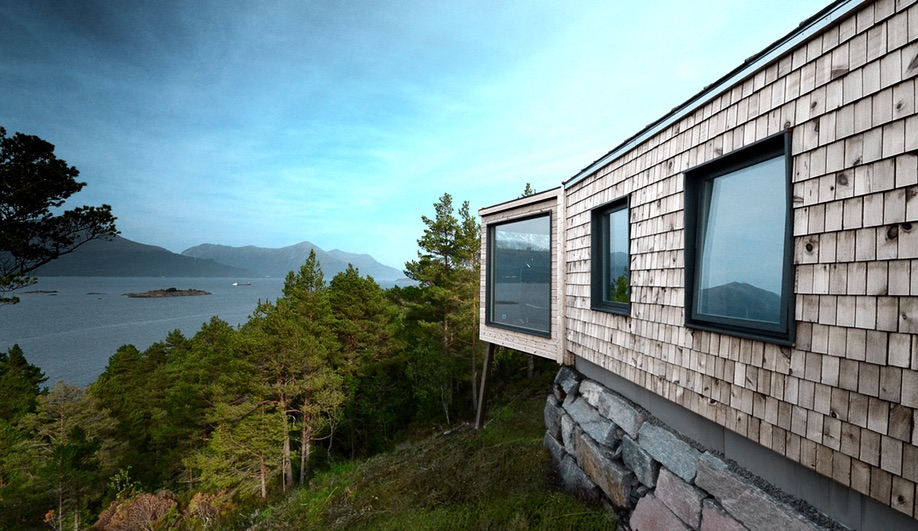 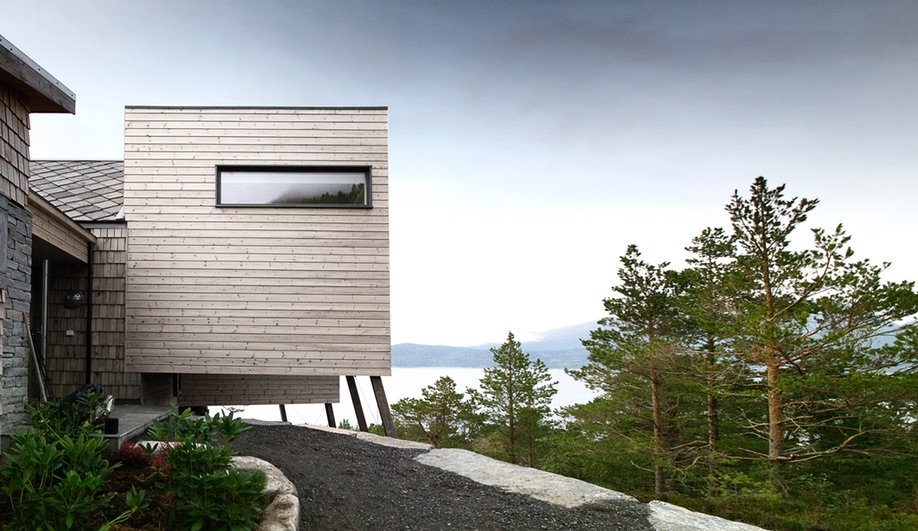 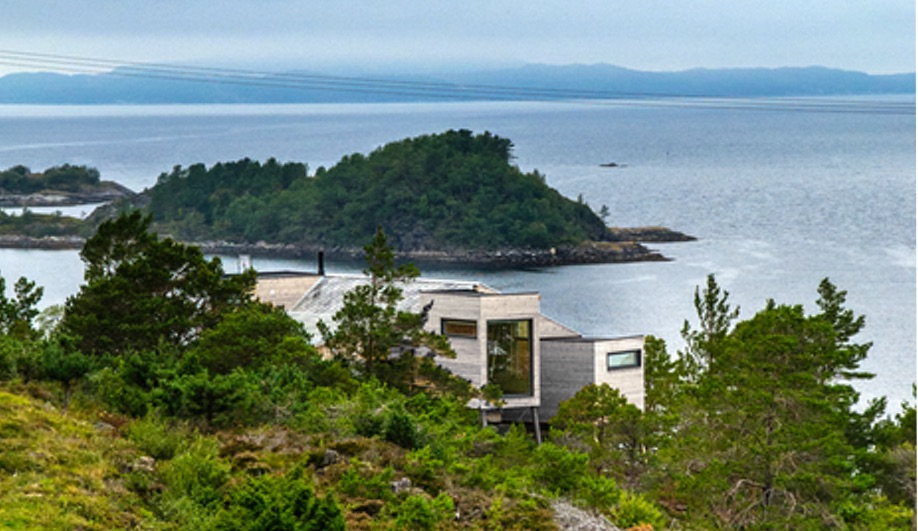 When approached from the south, Cabin Straumsnes introduces itself as a simple little summer home: a small, asymmetrical box with a wood shingled roof that angles down to the grass, and a more modern box reaching off from the east side. But if one rounds the path towards the entrance, which joins the first leaning structure to the rest of the cottage, this perception shifts. What at first seems a single building is in fact a series of segmented spaces, branching off from the first.

What architects Rever & Drage refer to as the cabin’s annex is actually the one remaining section of the site’s former occupant. Originally built in the 1950s, that cabin was added to only a few years ago, and when the original structure was demolished, the new piece was left to serve as part of the new build.

Comprising four main parts, the cottage features an open main living space with a kitchen, dining area and living room, which are surrounded by glass walls that access a wooden deck on three sides. On the west wall, overlooking the infinity pool which drops off into the adjacent fjord, is a Solvegg – a narrow deck whose name loosely translates to “sun wall.”

The main communal space centres around a fireplace built into a concrete column that acts as a thermal mass, slowly releasing heat during summer’s colder nights. Floating above the living room area, the first of three cubic rooms acts as a small study and provides the best views of the water through a large glass wall. Accessed by a stair tucked behind the chimney, the cantilevered space is designed with enough flexibility to allow it to slightly – and safely – sway in the winds that whip off the water during autumn storms.

Moving back through the main living area, a full bathroom, complete with personal sauna, is found along the way to two more modules that house the bedrooms. The smallest of the two is accessed via a tiny staircase and is nothing more than a wood and glass-wrapped box with a bed and a view. A rustic wooden ladder leads up to a loft area which offers a higher vantage point or storage space to prevent belongings from distracting occupants from the stunning landscape outside.