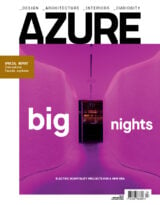 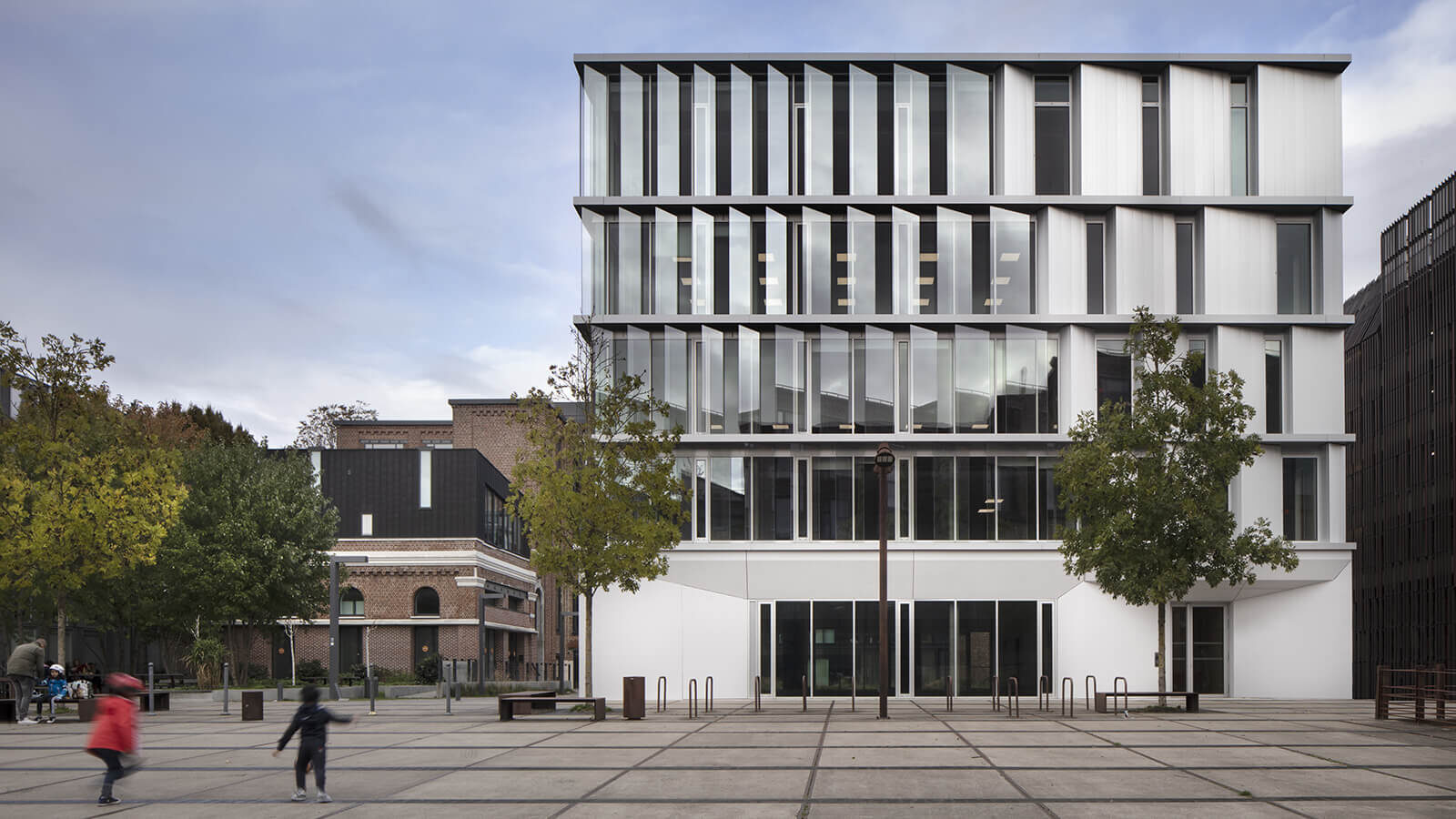 When a client asks for transparency and low energy consumption in one building, you wouldn’t immediately think of wrapping said structure in glass. Yet that’s exactly what Barbarito Bancel Architectes did with its submission to a competition for a new office building in a fast-growing tech hub in Lille, a historic city in northern France. “Achieving both those things was difficult,” admits Benjamin Bancel, co-founder of the Paris-based practice. 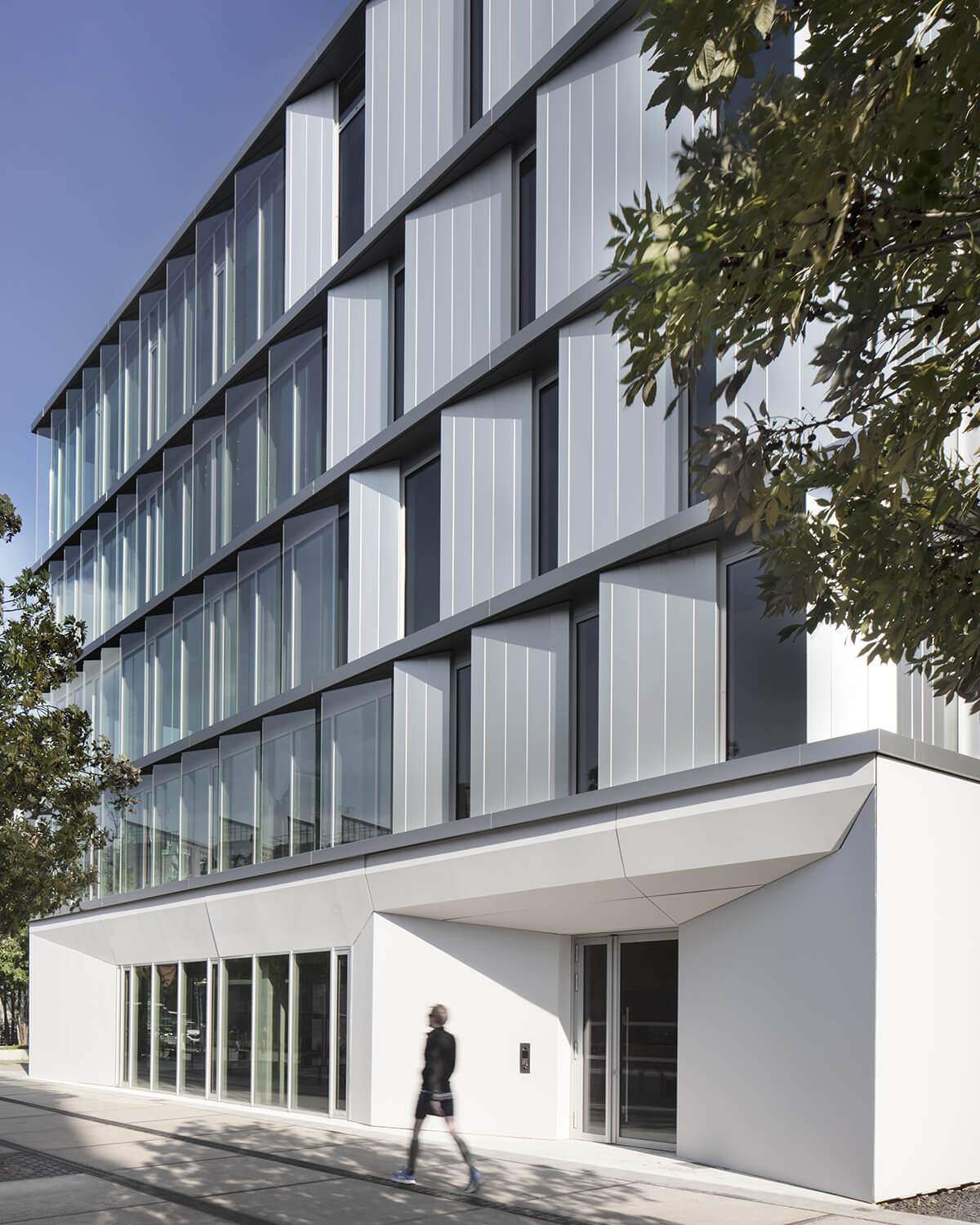 The firm won over the judges in 2017 with a design that was classic with a twist: Its building featured an imposing precast concrete base, a double skin of glass and a taller top floor reminiscent of the “mansard roofs of more classical buildings,” says Ivana Barbarito, the firm’s other co-founder. The most compelling aspect of the project, which was completed in 2020, was a system of vertical glass and aluminum louvres angled just so to both protect from solar exposure and appear to move and shift in the changing light. 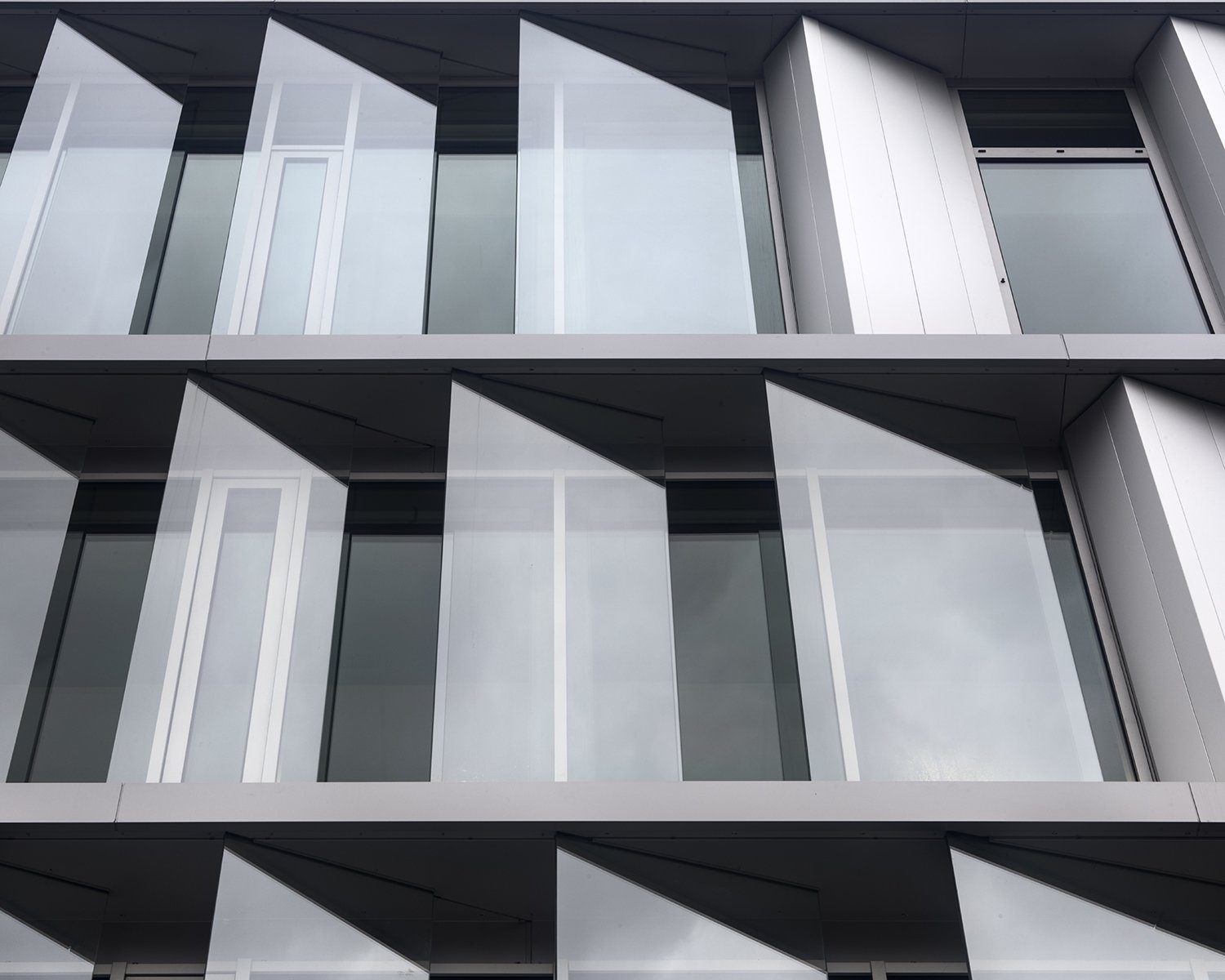 Proof that they had successfully resolved the thorny issue of thermal control for the largely glass building was confirmed last August, when the temperature outside hit 35 degrees Celsius, but inside, just behind the glass, it stayed a coolish 28 degrees. And this without any air conditioning, something the client had wanted “just in case” but that the architects insisted wouldn’t be necessary. 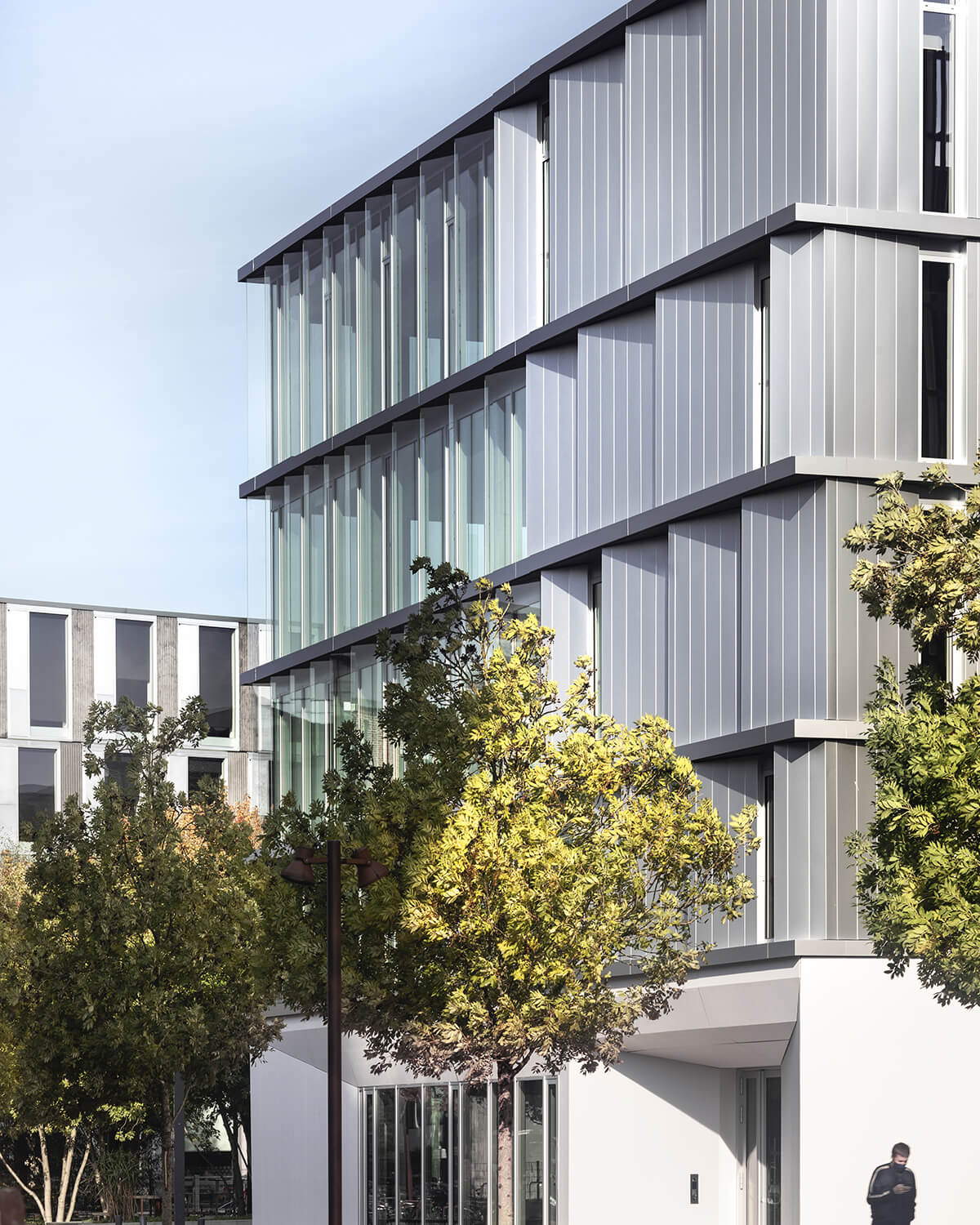 Considered a third layer of the facade, silver birch trees planted out front enhance the visual rhythm of the building and add an element of green.

So how did they achieve this impressive feat? They looked to the future and the latest R&D in layered and treated glazing. “When we first conceived the building, glazing that incorporated these filters and came in large dimensions was not available,” says Bancel. But historic French glass manufacturer Saint-Gobain eventually developed a treated glass for a different project, so it became available to Barbarito Bancel too. 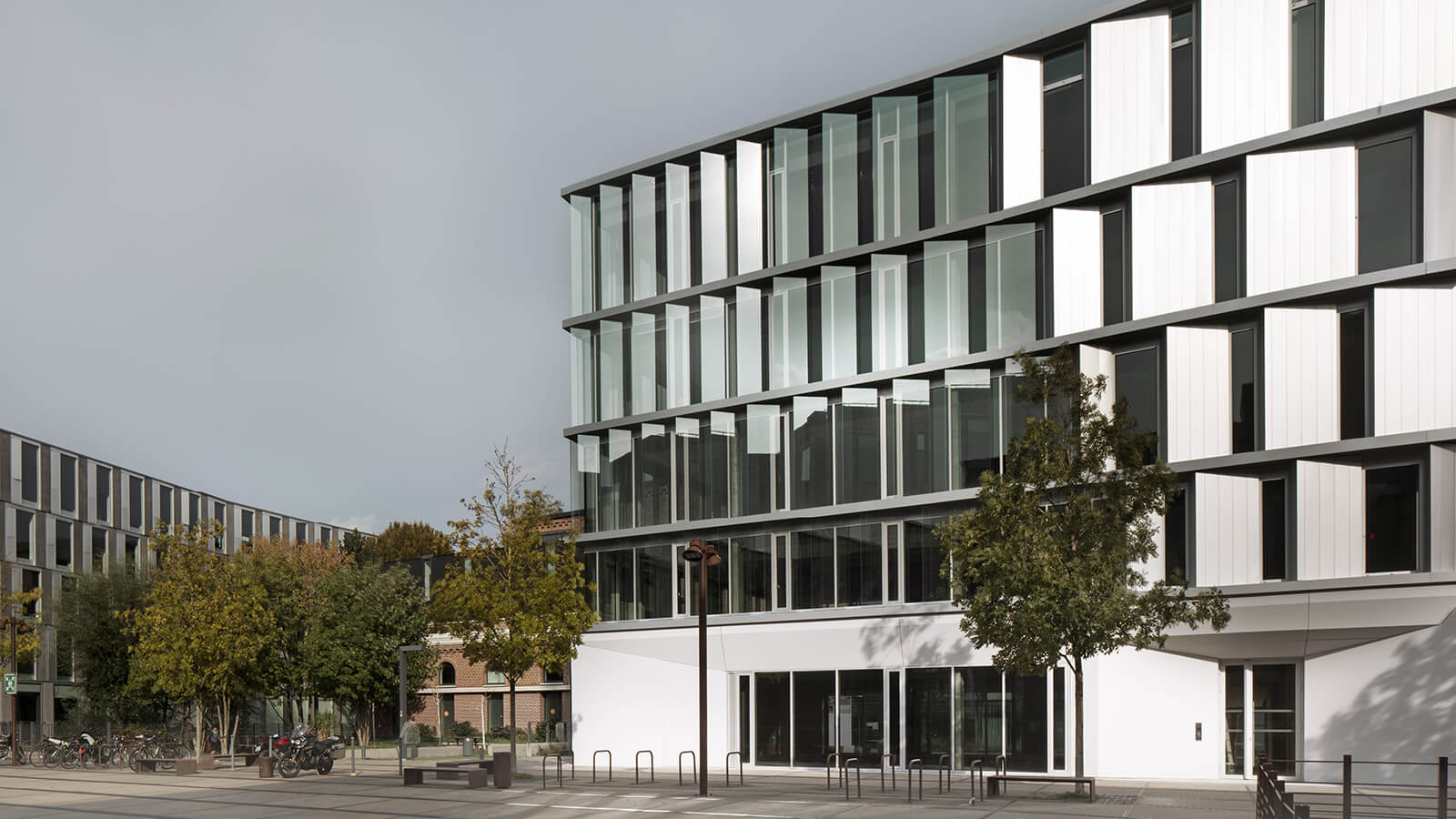 “In the original renders, we had glass on all four elevations,” says Barbarito, “but due to budgetary issues, that wasn’t possible. We really wanted to keep that idea of a light and reflective object in an expansive space alive, however.” To that end, the sides of the building with the greatest exposure to daylight — southwest and northwest — have a nearly transparent double-skin curtain wall to mitigate thermal gain while offering unobstructed views to the popular public square out front and an early 20th-century brick cotton mill beyond.

The other two facades — southeast and northeast — feature a composition of opaque polished aluminum panels to provide privacy from buildings to the rear, and also to hide the internal plant, the services and the staircases. 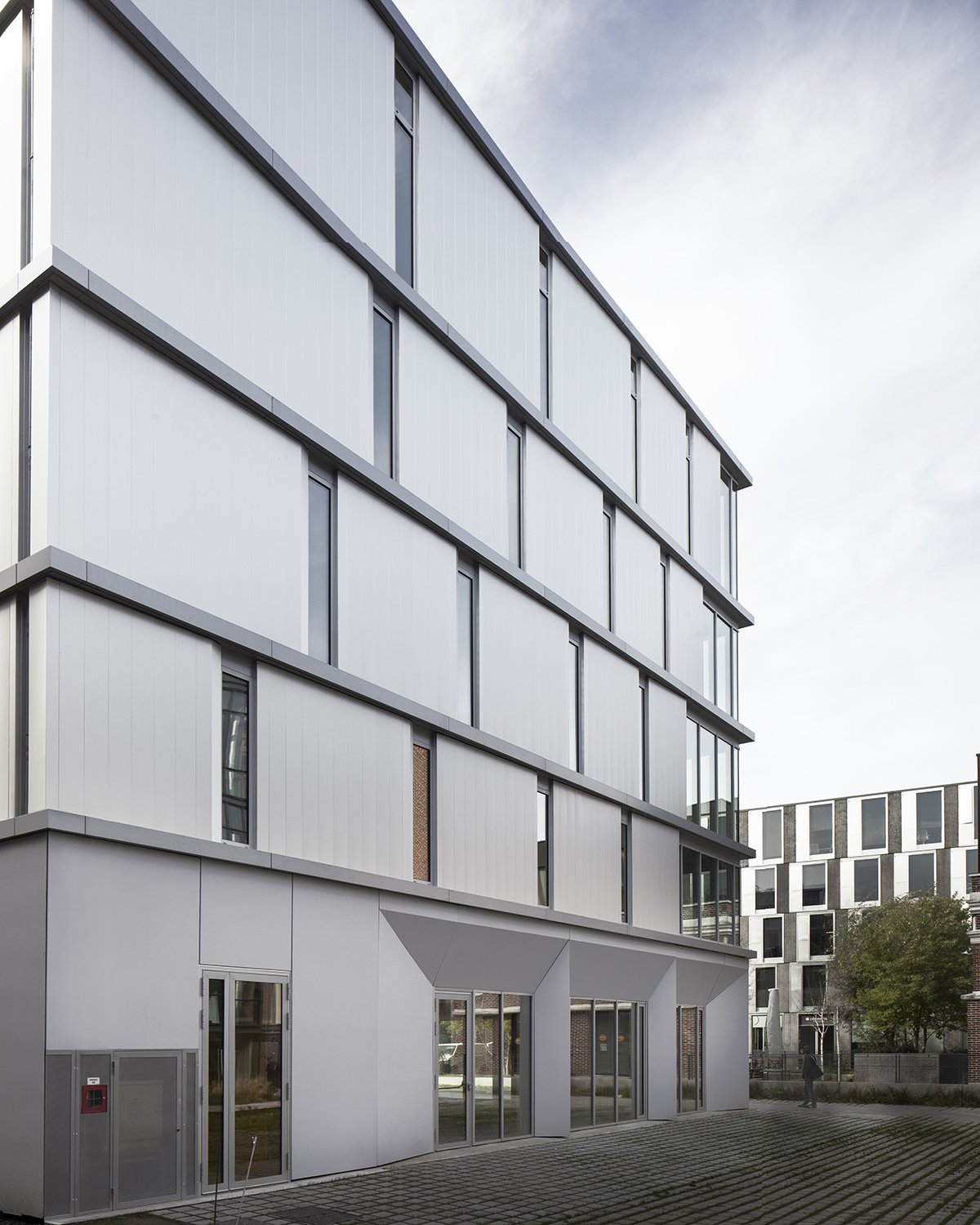 A great part of the allure of Lucio (as the building is called) is how much it reflects back its urban surroundings. “The mill, the people, but also the green,” says Bancel. “We planted silver birch trees in front of the building and saw them as the third layer of the facade, similar to the eucalyptus trees at the Eames House in the Pacific Palisades of Los Angeles.” Lucio is that rare thing: a jewel box of a building as rich with ideas and detail as one with a much heftier price tag. 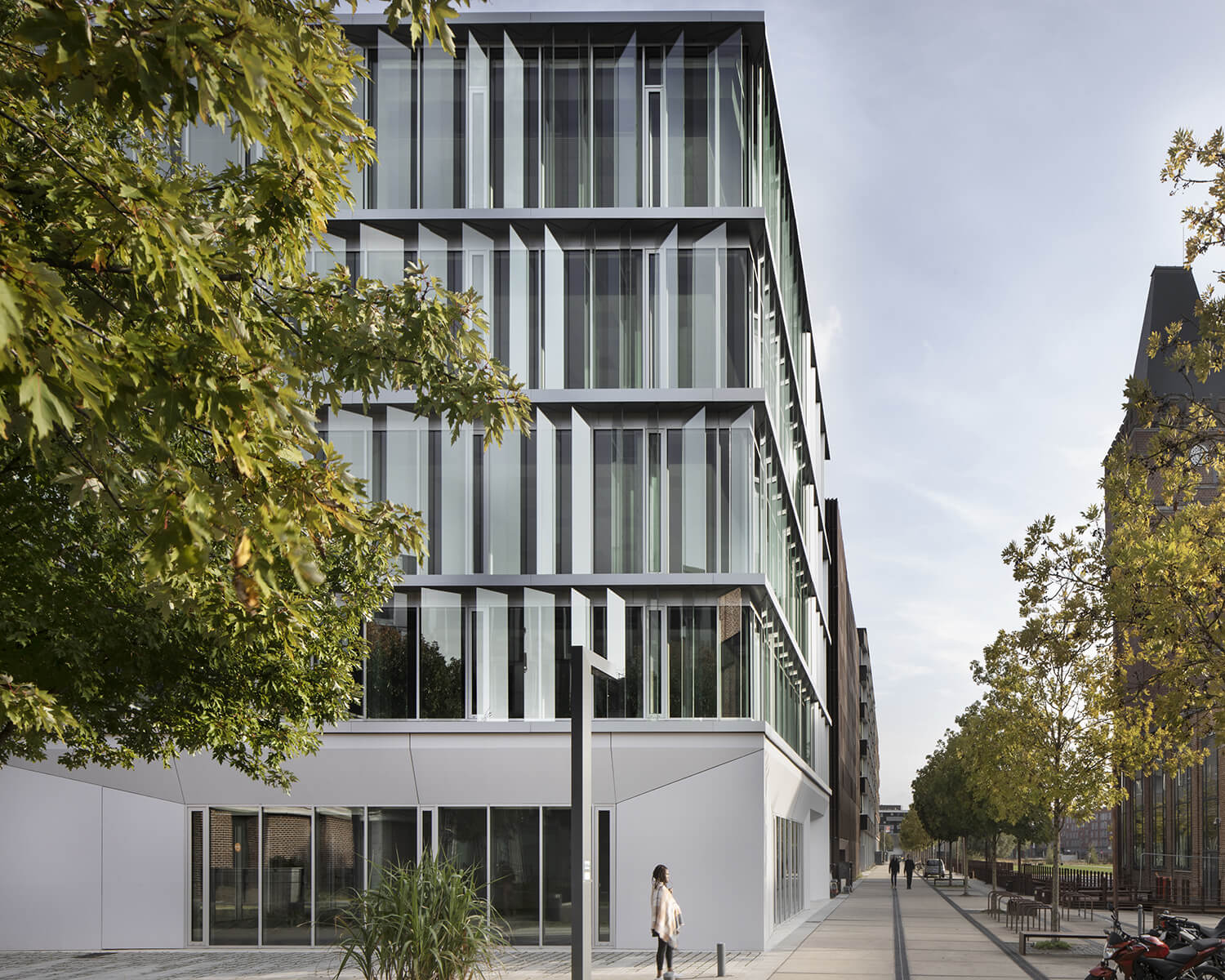