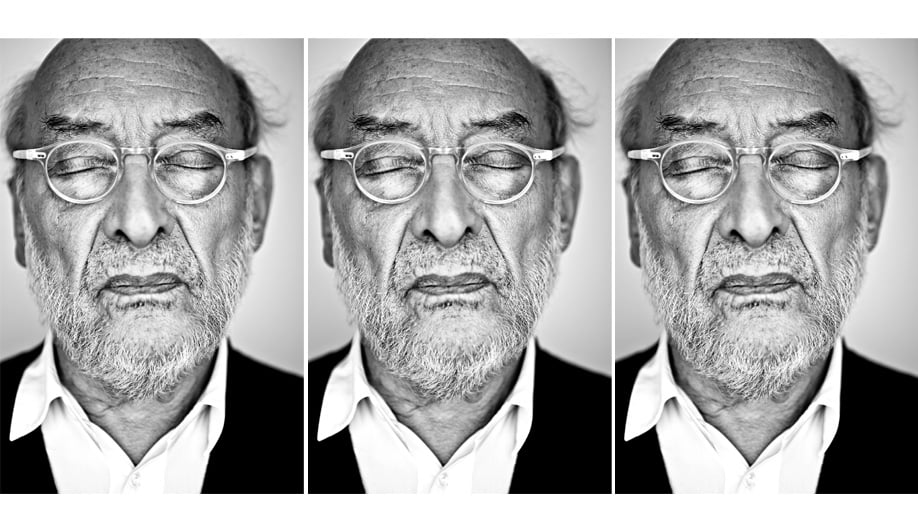 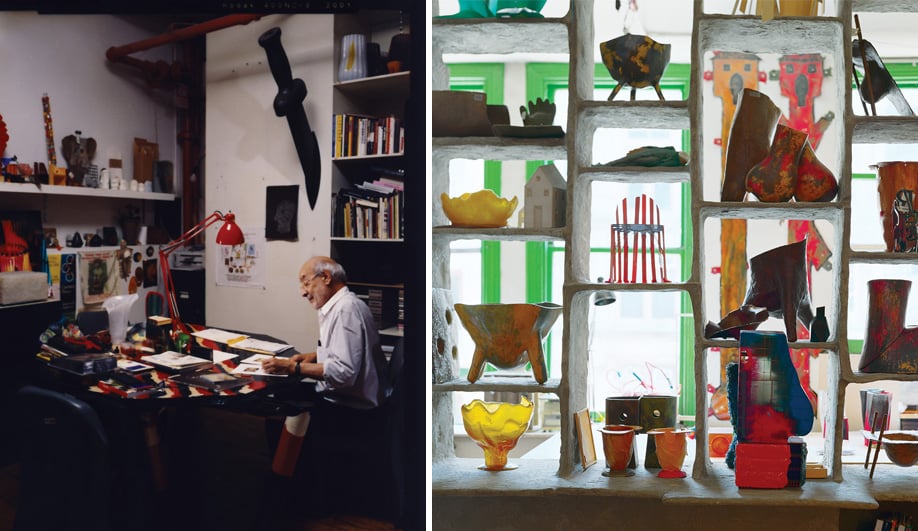 Gaetano Pesce in his New York studio (right) and 543 Broadway, a papier mâché etager designed in 1993. 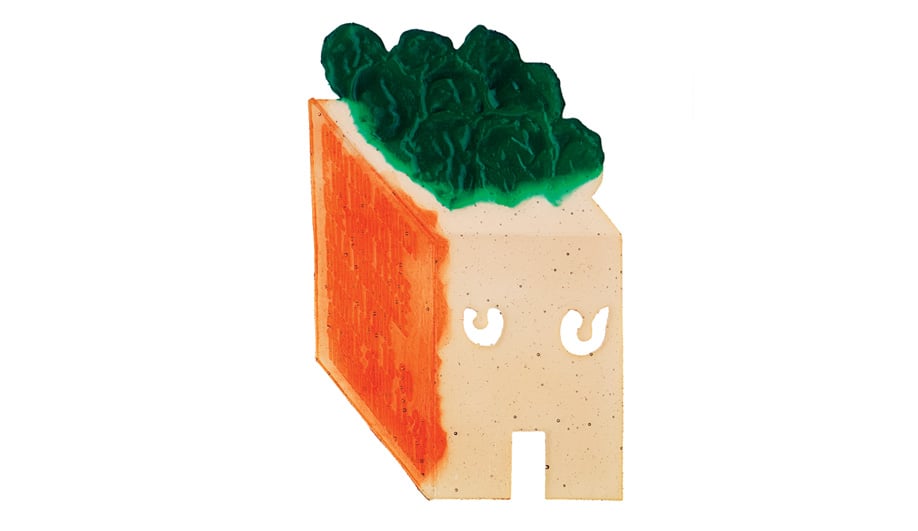 The invitation to the Pink Pavilion at the Bovisa Triennale, 2008. 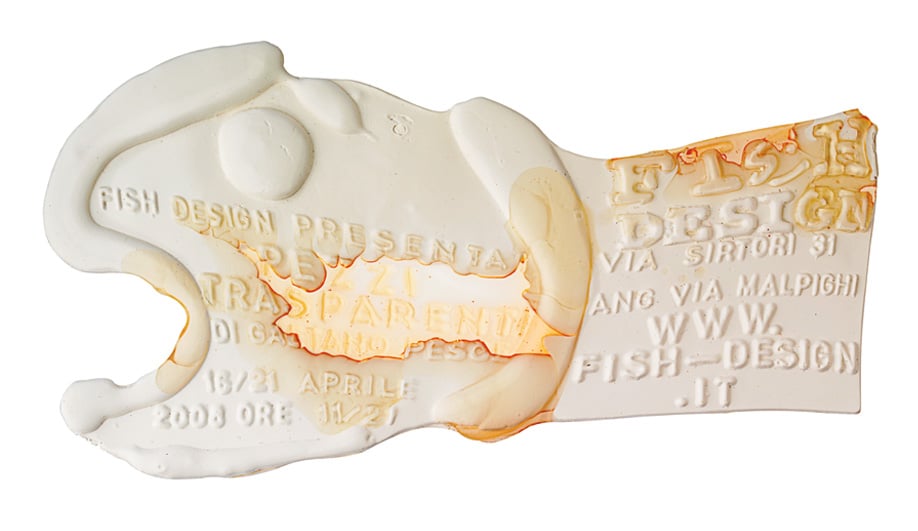 A hand-moulded resin invitation to a Fish Design collection launch in Milan, 2008. 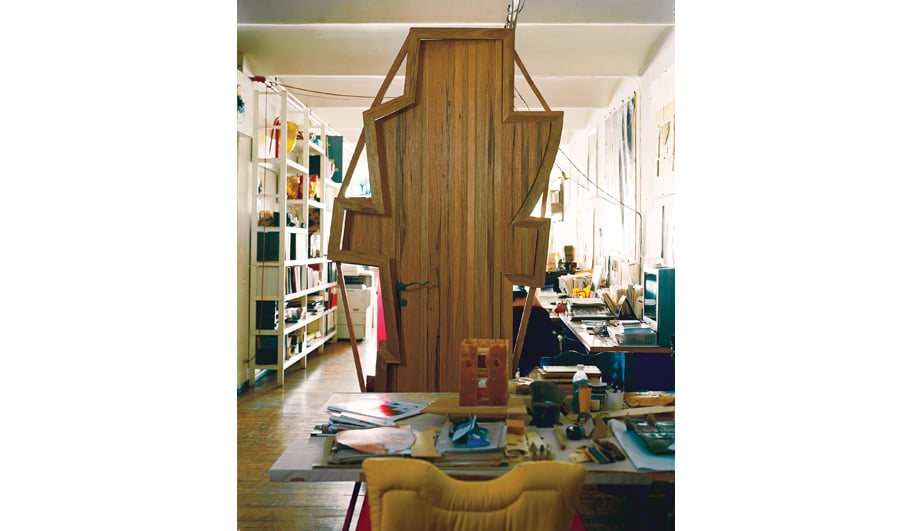 A duplicate of a door made for a client’s Paris apartment serves as a room divider in Pesce’s studio. 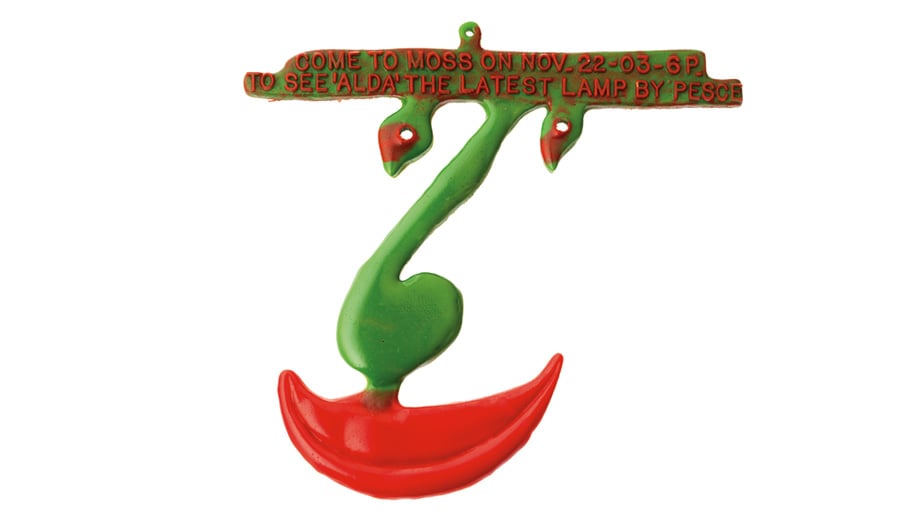 Pesce’s resin invitation for the launch of the Alda lamp in New York, 2003. 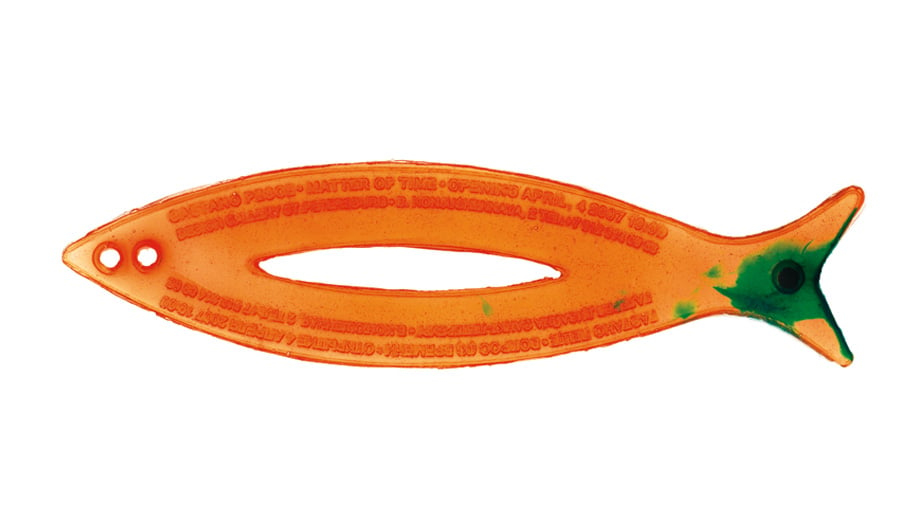 Gaetano Pesce’s hand-moulded resin invitation to a 2007 exhibition in Moscow. 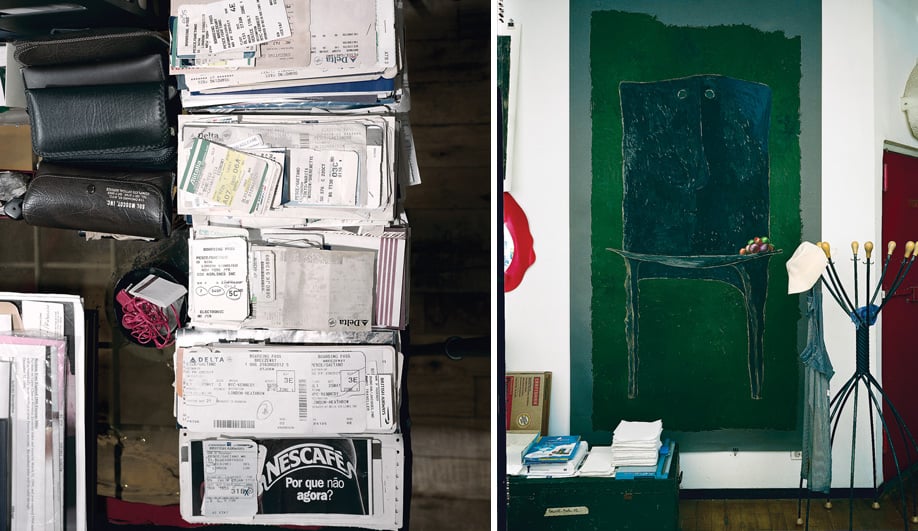 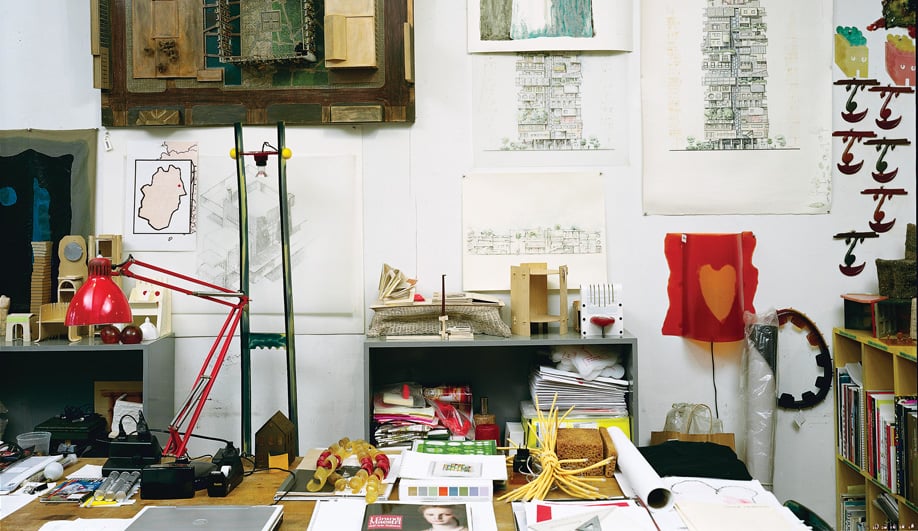 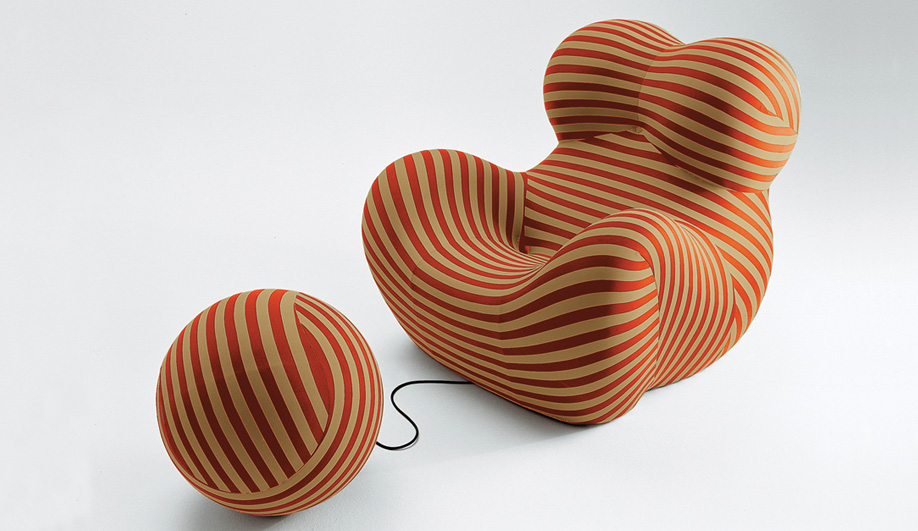 You studied architecture and you’ve worked for many years as a designer. Some people call you an artist. How do you feel about that?
Contemporary art is a kind of product for a very small elite. My work is totally different. I don’t want to call myself an artist. When you meet someone who is doing nothing and doesn’t know what to do, and you ask, “What are you doing with your life?” they answer, “I’m an artist.” Maybe in the end I am a creative person, but not always. I don’t pretend to change the world. I’m not a priest. I’m not a politician.

How did you got started?
In 1964, when I was 24, I met Cesare Cassina, one of the two brothers who founded [Italian furniture manufacturer] Cassina. He introduced me to the value of creativity at the service of production. And so I slowly understood a new possibility in the world of design.

So the early years with Cassina convinced you to make design your life’s work?
Before discovering design, I had a romantic vision of art. For me, art was still what you made yourself and if you were lucky you’d show in a gallery. But slowly I understood that was a very banal and old position. I understood that the main characteristic of my time is production. Everything comes from production: from our shoes to the books we read to the airplanes we fly in. Production, technology, promotion, advertising, communication. I understood that design was all this together.

It must have been exciting to be in a milieu that was experiencing this new industrial culture. Wasn’t this also when you launched the Up series?
One day when I was travelling, I had the idea for the chair and the vacuum pack [the original Up series from 1969 was made of polyurethane and was shipped flat. The chair expanded to its full size when the packaging was removed]. I brought it to the guy who had been supporting me for years. It was like a bomb – a new technology, a new material. I started to design just a comfortable chair.

Then I expressed myself with a political conviction I had at the time: women are victims of the mentality of men, in a certain way. It was very powerful to express this kind of content with the chair [the curvaceous chair is tied to a ball that functions as a footrest]. It was very good for me to see some people interpret the object in a certain way, others in another way. What was important was that they were reading industrial objects in a different way, like they were reading a book. It proved that I was going in the right direction.

How did your thinking evolve in the 1970s?
In response to the standardization of architecture and objects that I saw around me, I began to think we are no longer in a time of copies, but we have begun to be in a time of originals. If I’m able to give people originals at the price of a copy, this is progress. That was more or less around the year 1970. In 1975, I made a chair for Cassina called Sit Down using a new material that, like humans, was sensitive to changes in atmospheric pressure, humidity and temperature.

Were you able to find people that you could dialogue with on these ideas?
Oh yes, very much. When Cesare Cassina told me it was difficult for his company to do very advanced experiments I suggested that we create a new company that he could use to investigate the market. That was in 1970 or ’71, and we called the experimental company Braccio di Ferro. It sold a few products, but the image was very strong and it was published a lot.

So it got a lot of promotional exposure …
The company lasted two to three years. It was followed by Alchimia, founded by Alessandro Guerriero [1976]. And several years later, Ettore Sottsass had the idea to form Memphis [1981], but the origin of those companies was Braccio di Ferro. It was the first experimental company.  But it was very important, because I believe that this kind of production is the future. The future  is originality.

It seems the worst thing in the world for you is to be banal. But banal is more than repetitive. It’s also boring and lacks significance.
Banal is decoration. Superficial. When the content is weak, then the form becomes important. But in my case I never had this problem. For the chair I Feltri [made for Cassina] I never did drawings to show how beautiful it is. I did drawings to show the technique. The point was to innovate with an old material, and that’s it. And repetition is bad because it goes against the notion that time is always different. If you repeat your days, the value of those days diminishes.

I Feltri chair for Cassina

You often suggest that incoherence is a virtue. Explain what you mean.
Coherence is a way to see the world that you create when you are young and maintain until  you are old. If you look at a certain artist, you see someone discovering a language that they keep using until they die. I remember Leo Castelli – who ruled Pop Art in New York at its beginning – telling me, after an exhibition I had at the MoMA, that he would like to see my work.

As I was in Venice that summer, we made an appointment in San Marco square and went to my atelier. He told me, “as a gallerist, I have to make someone who is unknown known. But if you change your work all the time, I have to repeat my work all the time. I cannot work with that.” I told him nor can I work your way. Some people say, never leave the road you know for a new one. I think the opposite, you must leave the old road and try a new one.

Of all of the designers I know, you are the one who most often reinvents himself.
I try, because if I discovered myself with no other ideas, no other energies, curiosities, it would be very sad.

How do you feel now when you see this movement toward design-art objects that’s become a phenomenon?
I think that people are starting to understand there is a certain energy in this field that there is not in the traditional art. Second, there are people who understand that art and design are two entities that are very hot today. Art is expression, design is expression, we have to take a risk to invest in design as art. Only time will tell if it’s true or not. But if it’s true, I began that from the beginning. If it’s not true, I made a mistake, but it’s not very serious.

Do you feel vindicated? Like you were right all along?
In a certain way, yes. To see that more people are talking about art and design, there are people coming here and saying, “You started that.” There is certain satisfaction. There is a little bit of sadness when I hear someone expressing ideas I had 40 years ago, as if they are his or her own intellectual property, and they are not telling where the idea came from.

The 2016 6th annual AZ Awards will be held on June 17, at Toronto’s Evergreen Brick Works. Get your tickets here.