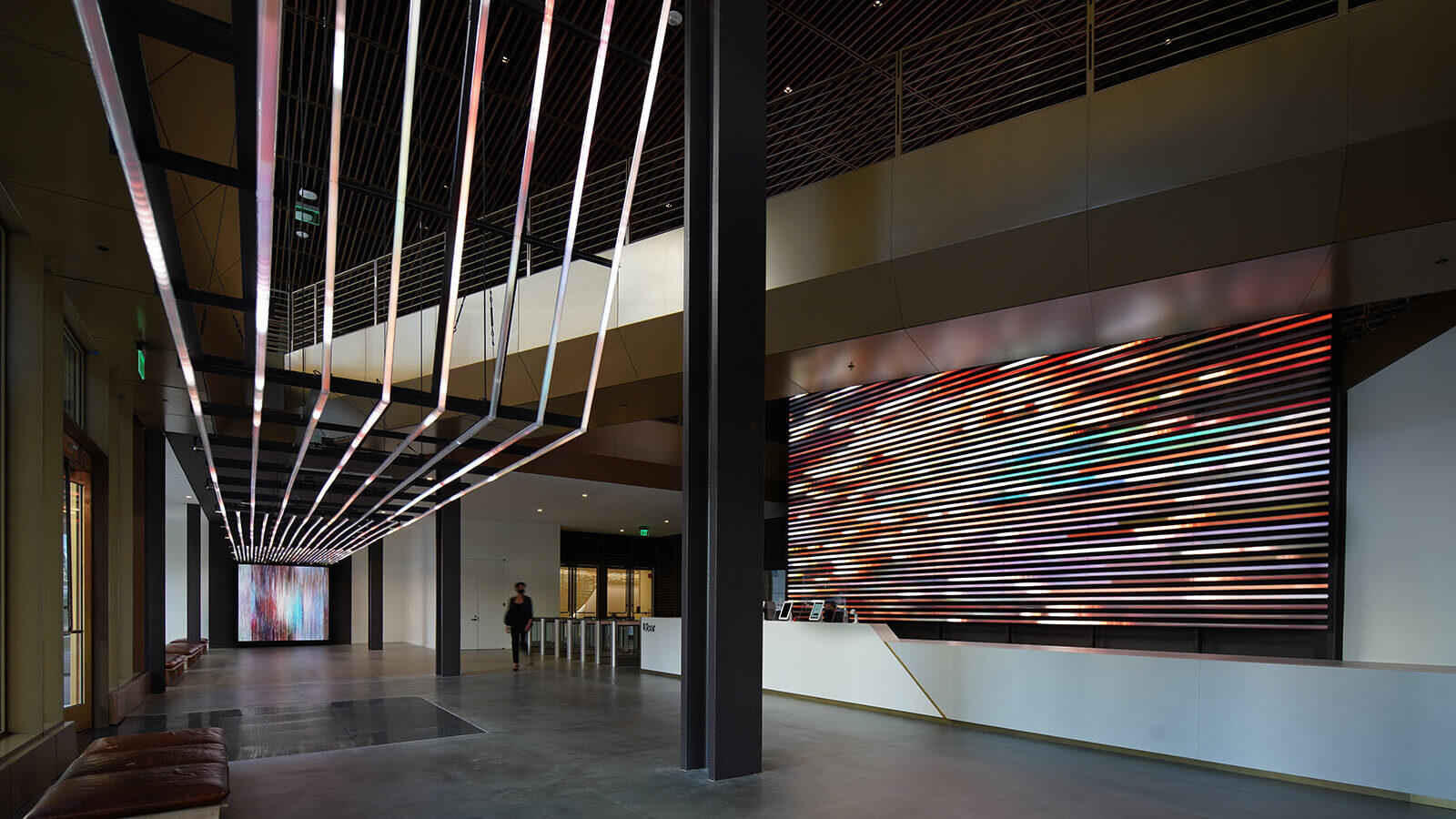 In the late 1990s, while taking a summer program at the Harvard Graduate School of Design intended to help students refine their ideas and build a strong portfolio before applying to architecture school, David Schwarz had a revelation of sorts: Maybe he didn’t actually want to become an architect after all. Though he still loved buildings, his interests had begun to drift away from the analog aspects of the industry. “By 1999, I had moved to San Francisco, and I got swept away in the digital design revolution,” he says. At the time, tech start-ups were thundering onto the global stage. 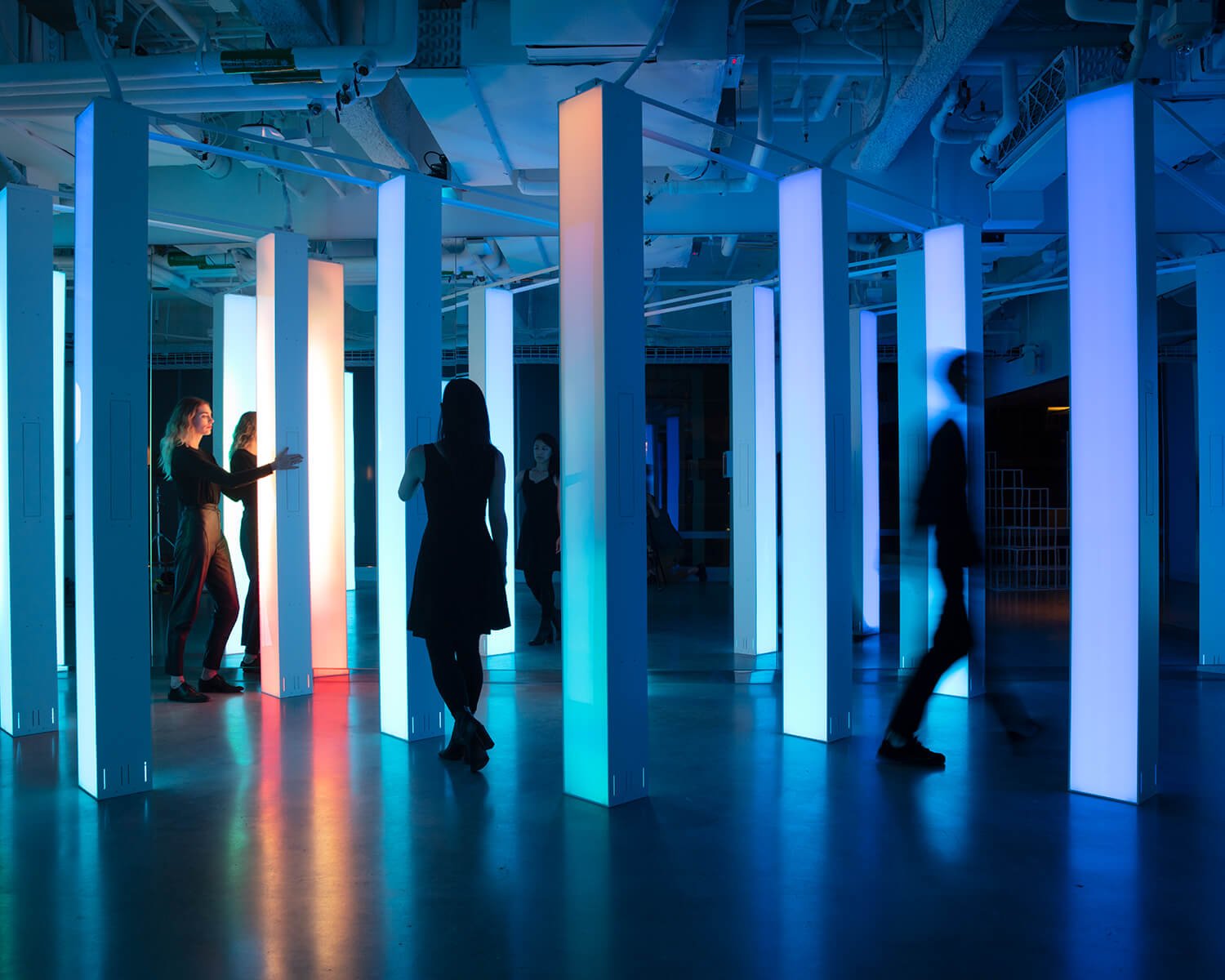 The Light Forest installation at Instagram’s San Francisco office transforms the platform’s community photos and videos into a three-dimensional display.

In late 2006, recognizing parallels between the two worlds, Schwarz and co-founder Erik Karasyk launched HUSH, a Brooklyn-based experience design agency that excels at translating a company’s overall mission into interactive and sensory encounters, then weaving them into a physical form. “Architecture is about many things, the program of a space at the core. At HUSH, we think more about expressing the big idea that is central to an organization’s mission and trying to tell that story inside their setting in bold, inspiring and unconventional ways,” he says. Working at the intersection of three main elements (content, space and technology), the collaborative agency develops custom strategies that clearly and cleanly communicate a client’s ethos and impart a feeling that something about the place — and what goes on there — is special. 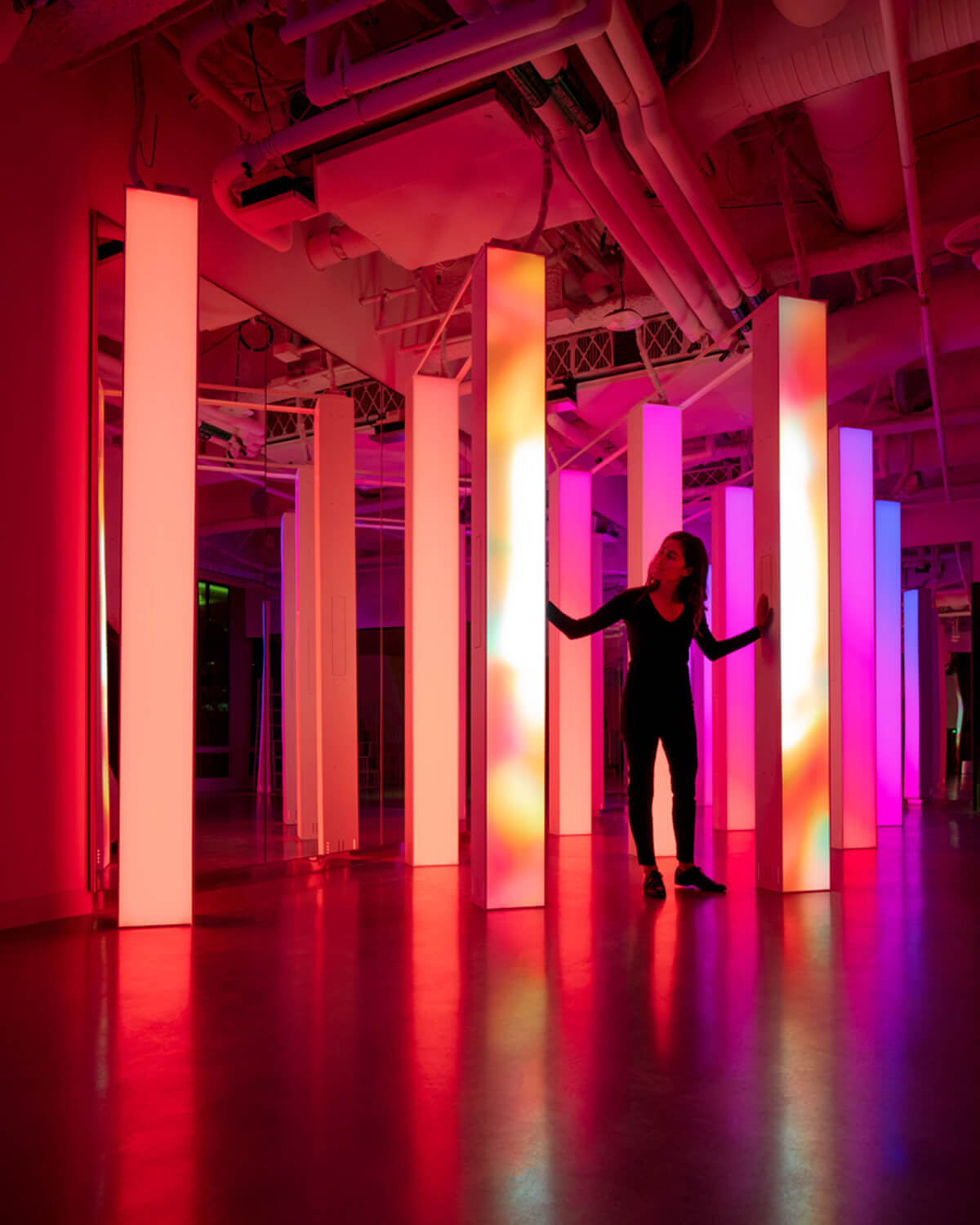 With its design for Uber’s recently completed global headquarters in San Francisco, for example, that trifecta resulted in The Stream, a multimodal installation composed of beams of constantly moving and ever-changing lights that stretch from top to bottom and horizontally throughout the multi-level interior. Fed by the company’s local mobility information and worldwide platform data, The Stream can be activated to show- case different displays that engage with employees or visiting guests and for one-off special events. 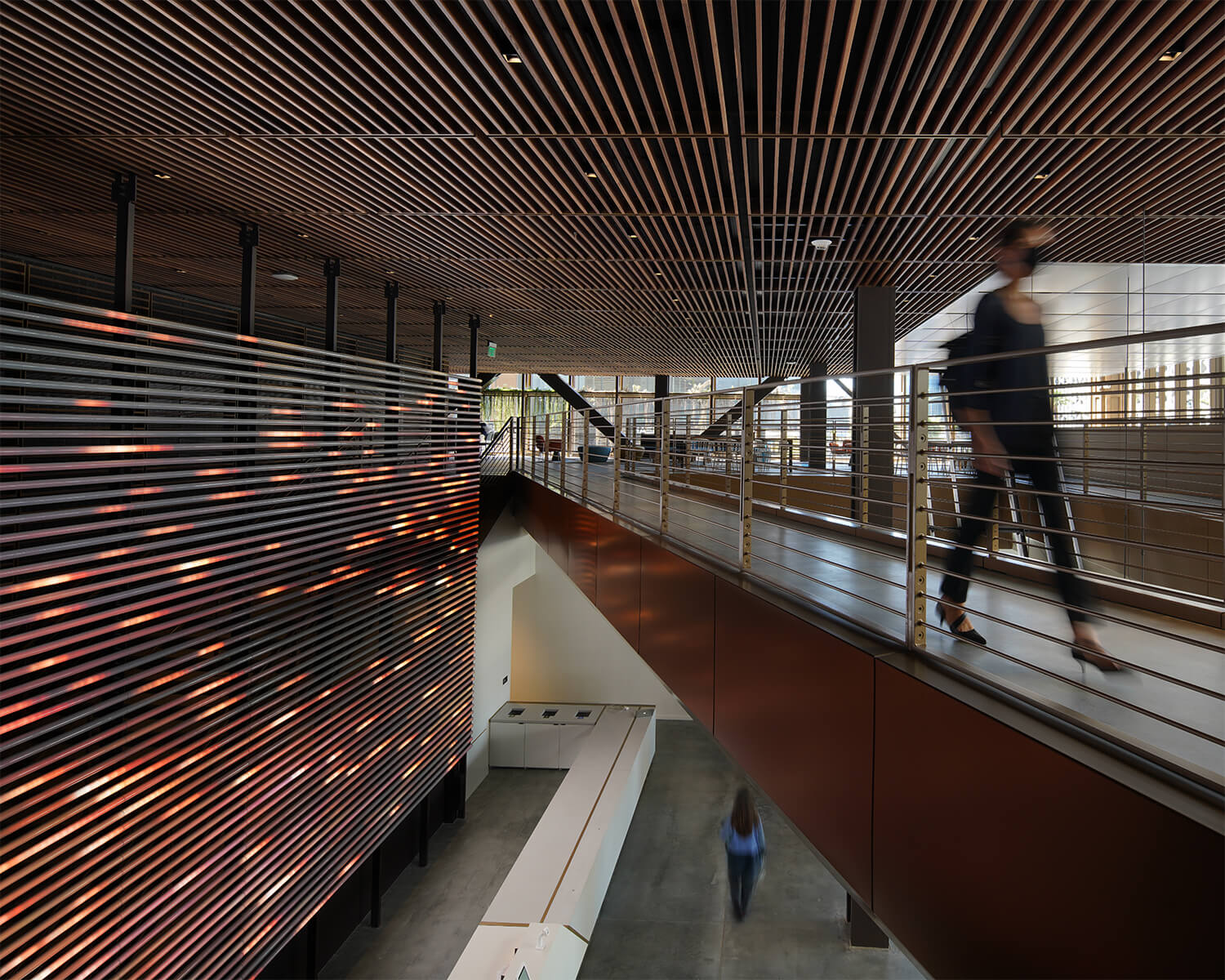 At Uber’s San Francisco headquarters, The Stream translates the company’s message of movement and connection into beams of light that span the multi-level interior.

With roughly 30 team members — from architects, animators, engineers and visual software and content developers to graphic artists, sound and lighting designers, programmers and more — HUSH has an ability to bring these “first-impression moments” to life, contributing richer, more experiential interiors and unique stages that showcase a brand’s identity. 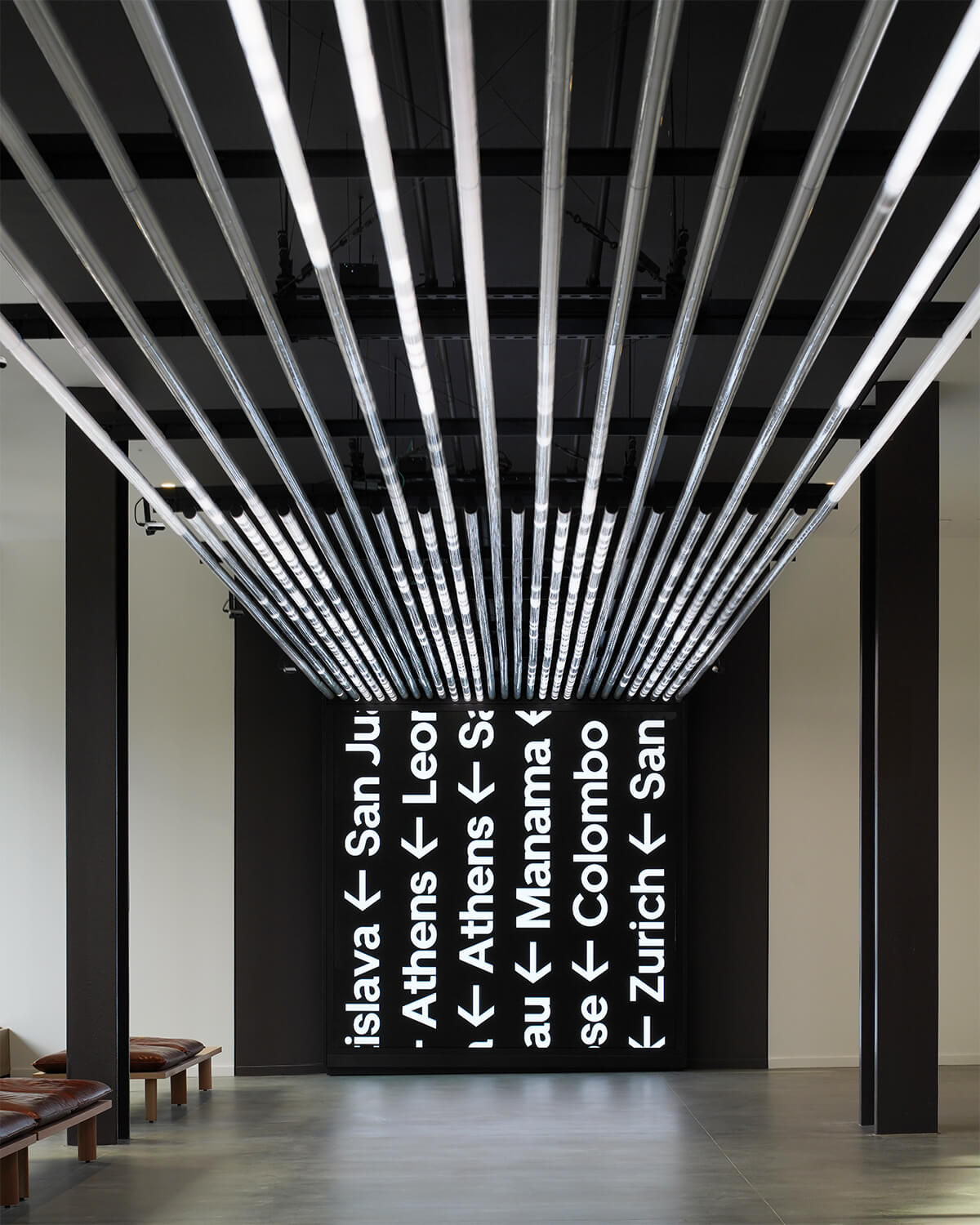