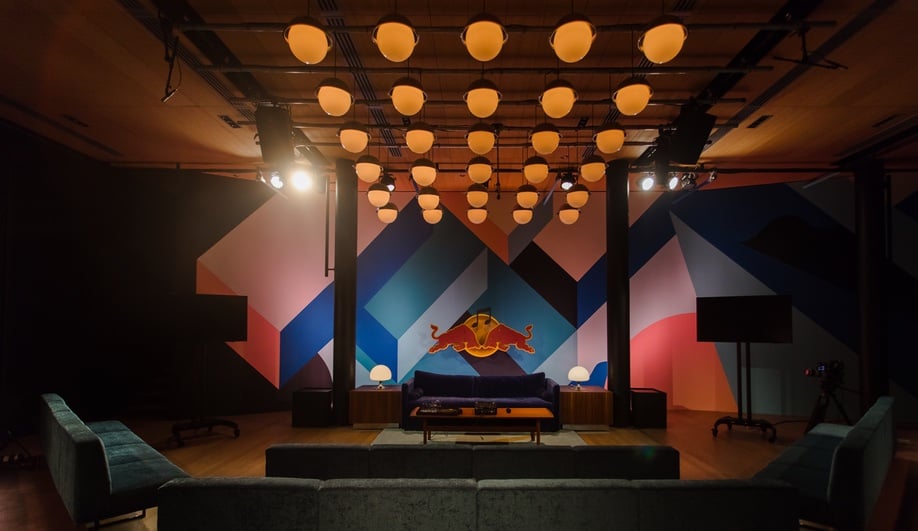 For nearly 20 years, energy drink company Red Bull has brought its month-long Music Academy series to a different international cultural hotbed, where it gathers musicians, DJs, producers and singers together to record, collaborate, trade wisdom and perform. A “cultural incubator” of sorts, the event is designed to foster creativity in music — and offer host city residents a myriad of weird and wonderful experiences.

Red Bull Music Academy 2016 is underway in Montreal, where artists like Björk, Iggy Pop and Tanya Tagaq are playing shows and appearing at other workshops and events (Björk is premiering a new virtual reality film). The Phi Centre – a multipurpose cultural venue inside a restored heritage building in Old Montreal – is hosting the series, which kicked off on September 24 and wraps up on October 28. To transform the centre into the sort of cool and contemporary digs needed for the visionary travelling festival, Music Academy organizers tapped Montreal interior designer Zébulon Perron. 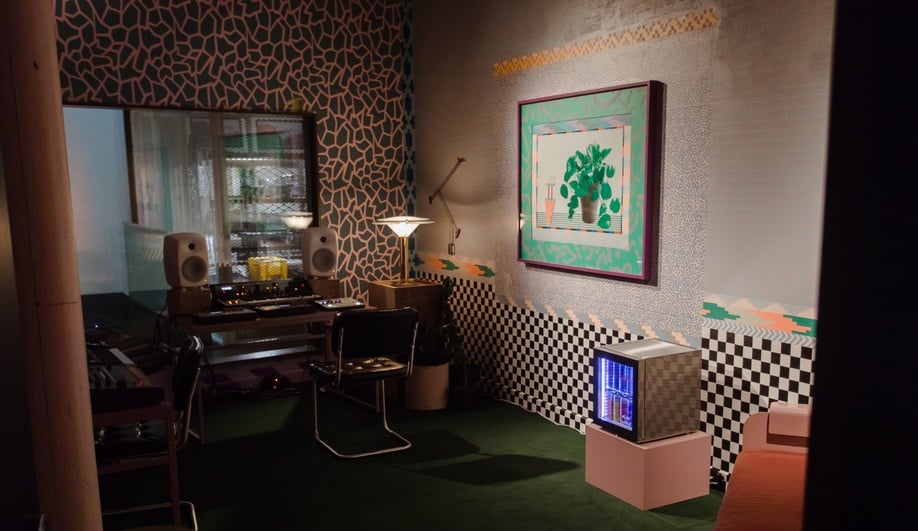 Perron, a Montreal native, is known in the city for his work in restaurants, bars and eateries, where his custom-made lighting and industrial, yet warm approach take centre stage. For the Red Bull Music Academy, Perron’s assignment was unique: create 10 custom recording studios from scratch and enliven a lounge, reception area and lecture hall, turning them into playful, striking spaces to host some of the world’s biggest acts. 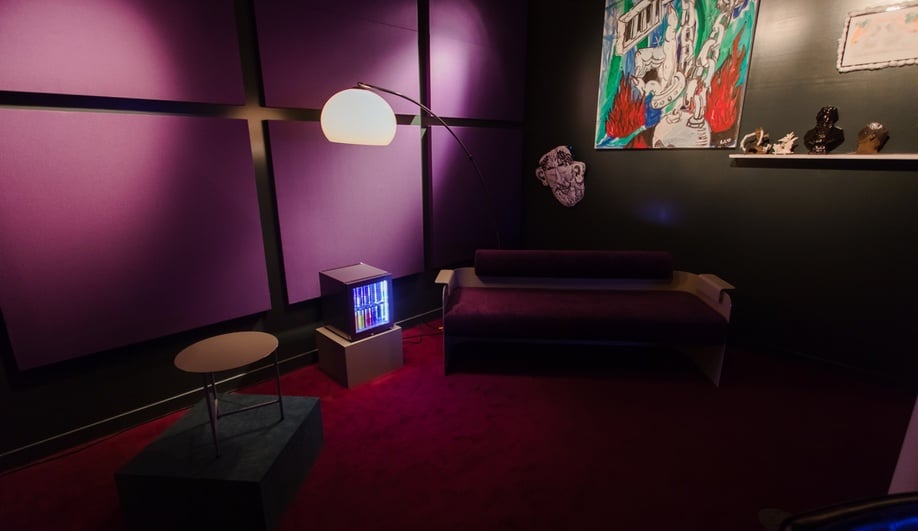 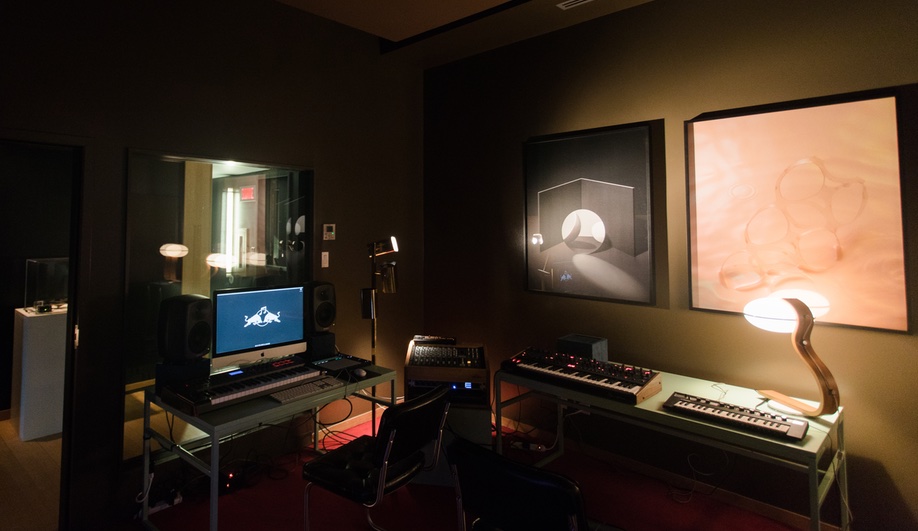 To create distinction, each studio was given its own vivid colour palette, complemented by graphic elements, ambient lighting and a mix of contemporary and vintage furniture, including Scandinavian pieces. Artwork by more than 20 local artists – including Paul Hardy and Dominique Pétrin – is found throughout. Perron and his team worked with creative studio Trusst to source the pieces, some of which were created specially for the event. 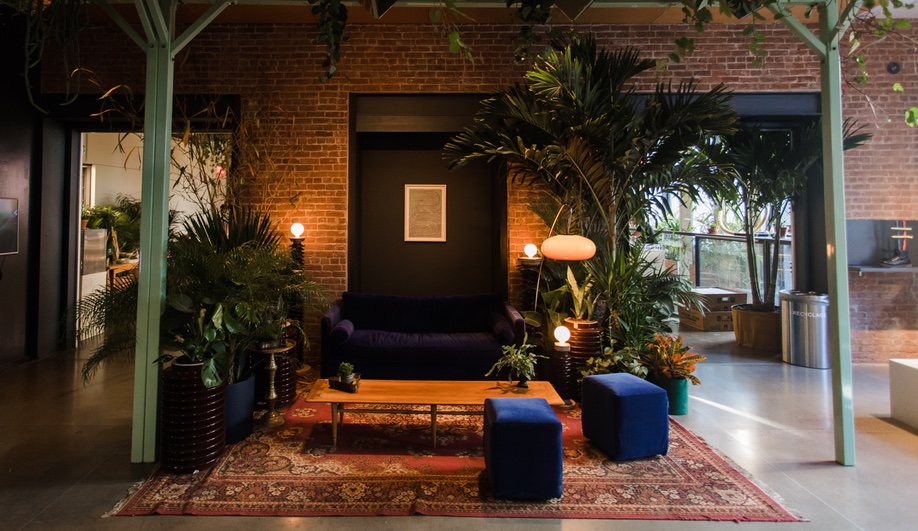 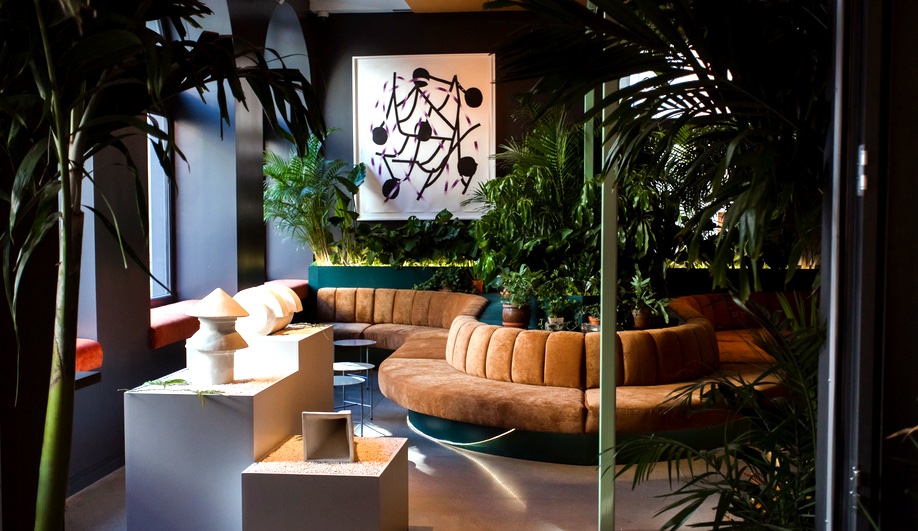 For the lounge, Perron installed varieties of overgrown foliage around plush, vintage-inspired sofas and benches, creating an urban jungle reprieve from the Music Academy activities.

The lecture hall is perhaps the hippest of its kind, featuring a geometric wall treatment emblazoned with the Red Bull logo and a music note. Overhead lighting emits a soft glow over velvety seating, where the likes of Junior Marvin, Kardinal Offishall and Win Butler of Arcade Fire have sat in for conversations.