New York City Artists “Hijack” Products to Highlight the Contributions of Refugees
NYC creatives Kien Quan and Jillian Young have designed a sticker to show that many of America's most beloved products are not American-made. 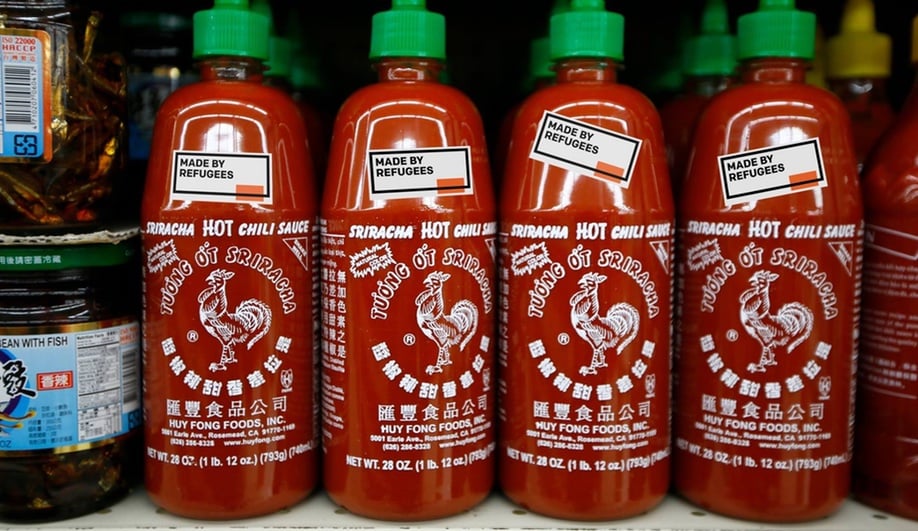 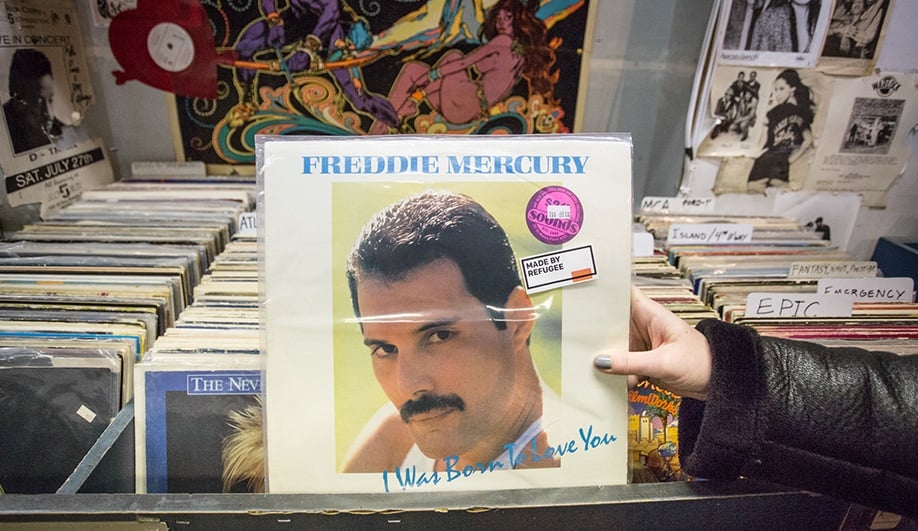 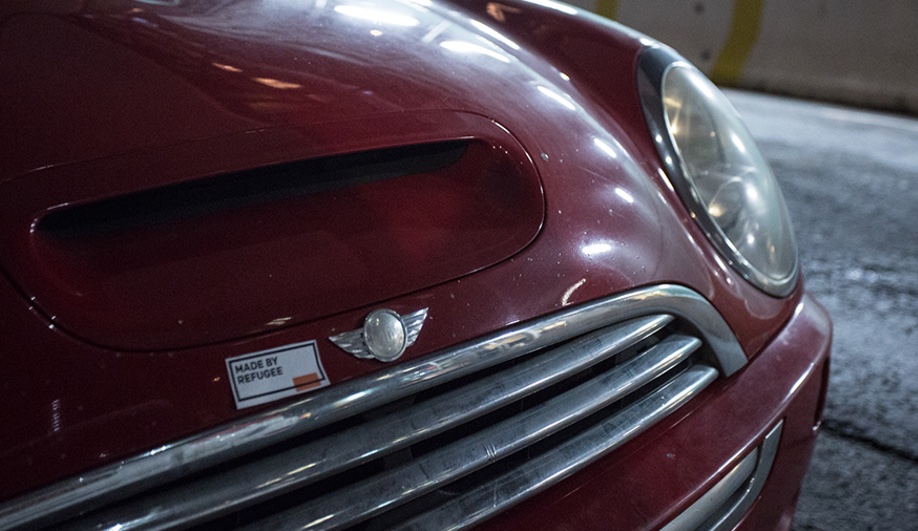 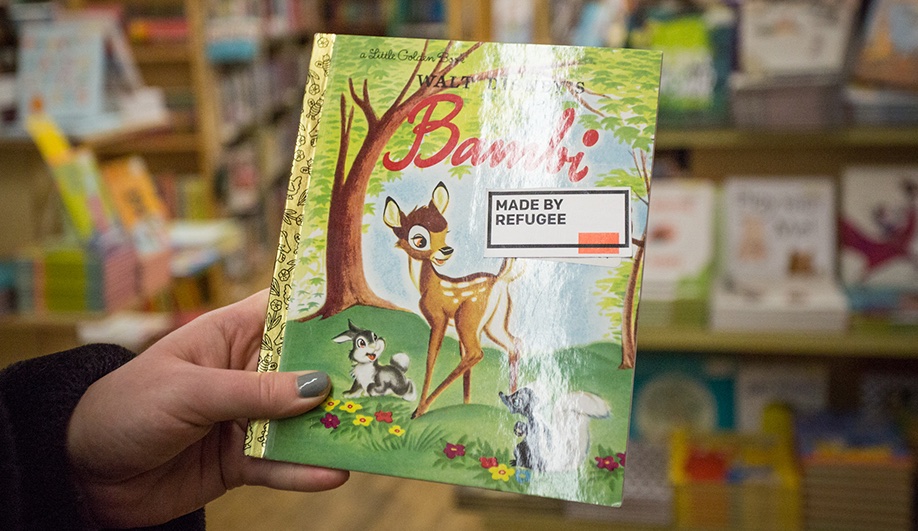 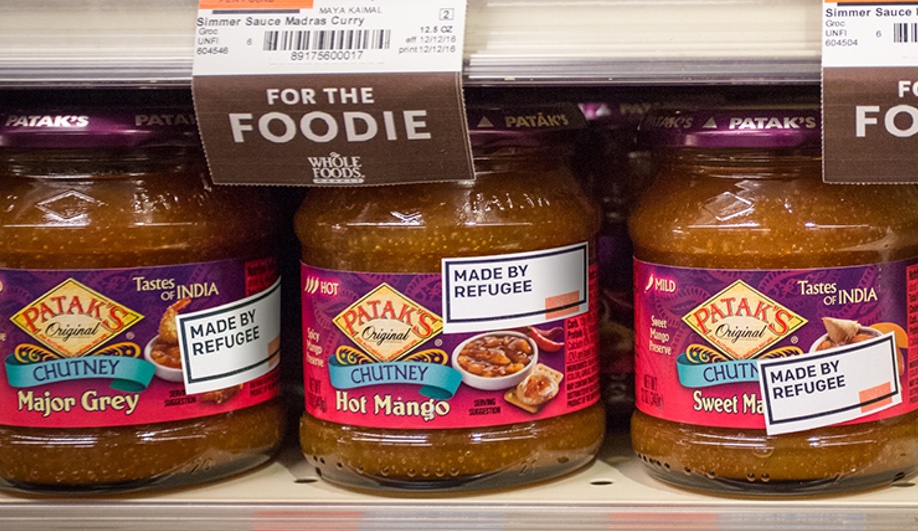 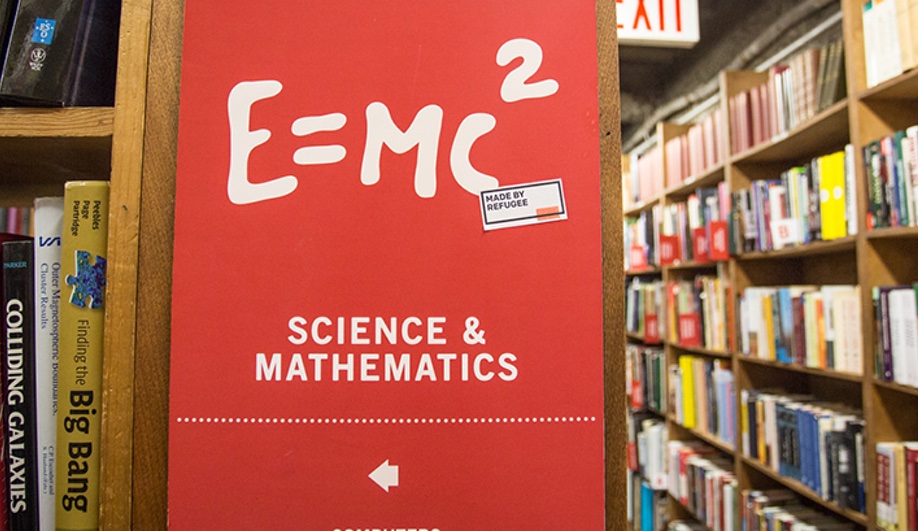 NYC creatives Kien Quan and Jillian Young have designed a “Made By Refugee” sticker to show that many of America’s most beloved products are not American-made.

For the last two weeks, Quan and Young have taken to NYC bookstores, record shops and supermarkets to, as Quan explains, “hijack” items like sriracha sauce, Freddie Mercury records and various novels, covering them with their Made By Refugee stickers.

The objective of their guerrilla art project is simple: to prove the contributions of refugees in the U.S. are both plentiful, and significant.

“I want to remind people that refugees do contribute to society. Disapproval rates always are high because local citizens are not familiar with the migrant’s culture,” Quan, 26, explains. “But this is a recurring story throughout history. For example, most people expressed high disapproval for Vietnamese refugees immigrating [to] the United States during the Vietnam War.”

Quan and his family are Vietnamese immigrants. The Made By Refugee project was spurred by a Facebook post he made in the days after U.S. president Donald Trump instated an executive order banning the admission of refugees for 120 days.

“Xenophobia isn’t a new thing at all. Only 37% of Americans favored us coming into the country as Vietnamese refugees in the 70’s,” Quan wrote. “What that means is if we were denied immigration access, you wouldn’t be able to brag about how Sriracha has changed your life.”

Quan and Young sought a way to bring that last message to life, and decided that Made By Refugee stickers would be a simple and powerful medium. Young contributed the design, and the pair embarked on a week-long, Google-powered research assignment for famous refugee-made products.

The first item they stickered was a Bob Marley album. Cars, books and food items followed, along with a series of posters Quan created, detailing some of their selections. They’ve been caught stickering once, by a supermarket manager who was supportive of their mission, but asked that the stickers be placed on the bottom of sriracha bottles.

Quan says feedback has largely been positive, and that many people have been surprised to learn the origin story behind some of the stickered items.

“I hope people are more empathetic on this refugee crisis,” Quan says. “Without that contribution of refugees, our lives would be vastly different. Can you imagine how different the world would be if Carl Djerassi did not invent birth control?”

For those who have their own running list of refugee-made products, Quan and Young have made their stickers available for download.