New York Design Week: Alessi and Cranbrook
The Italian home accessories manufacturer teams up with the Cranbrook Academy of Art for a collection of alumni-designed tableware that resembles elegant metal sculptures. 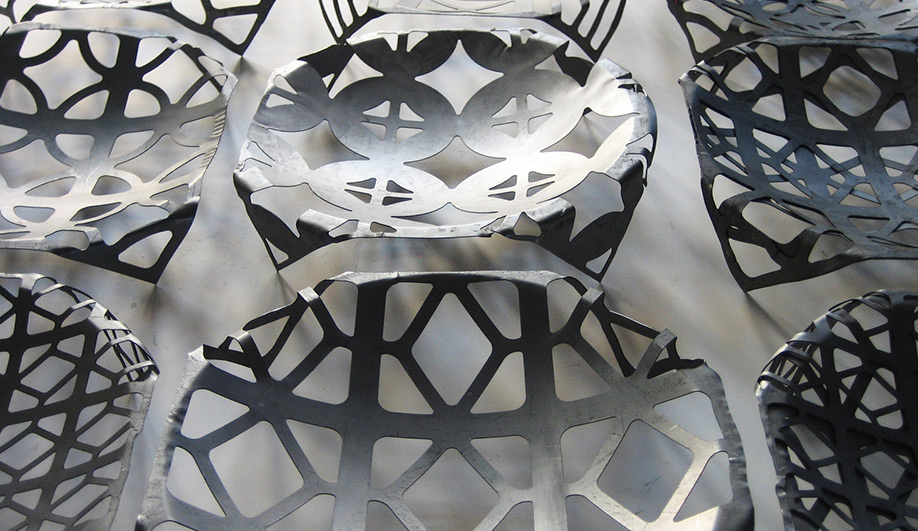 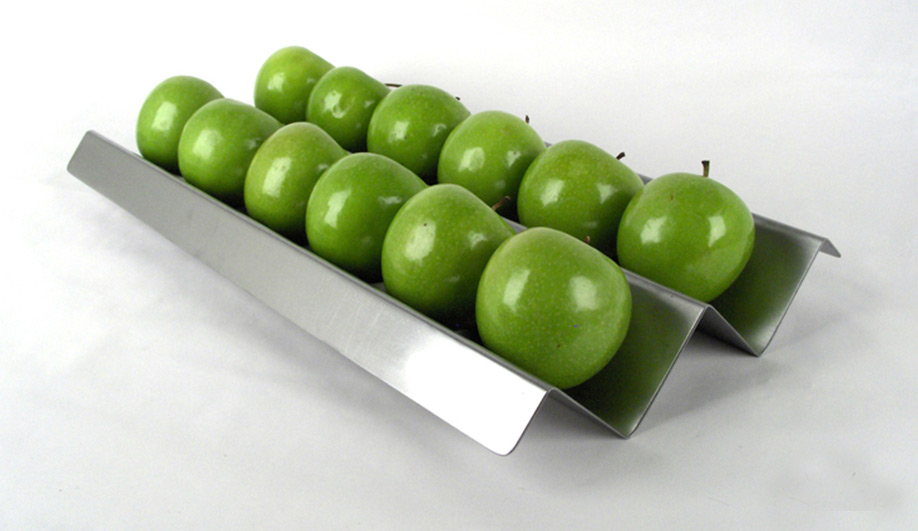 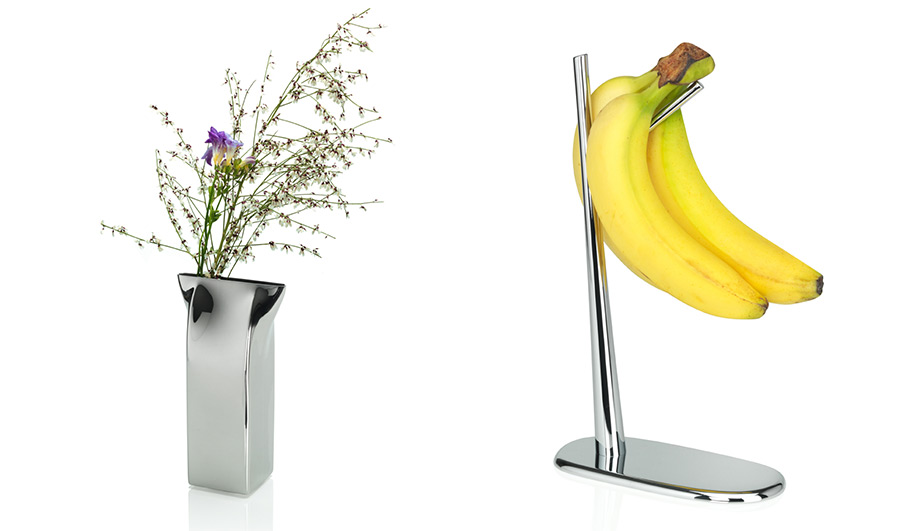 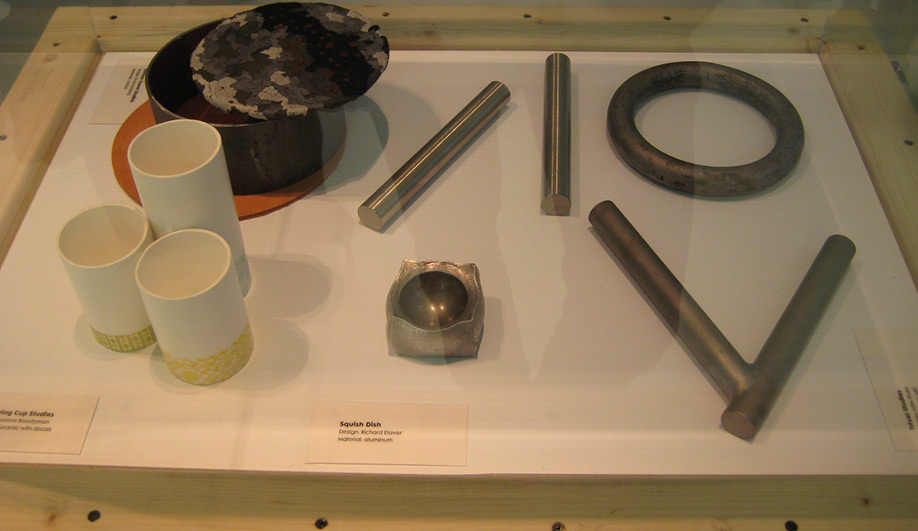 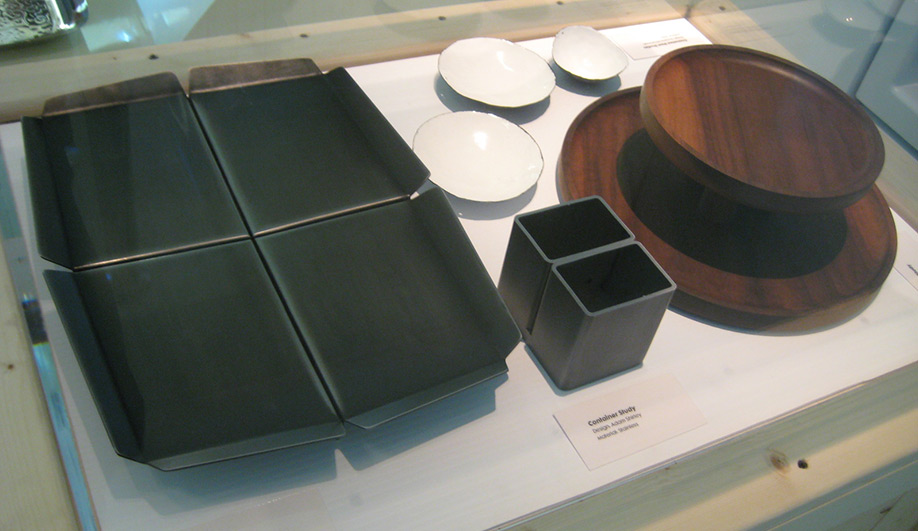 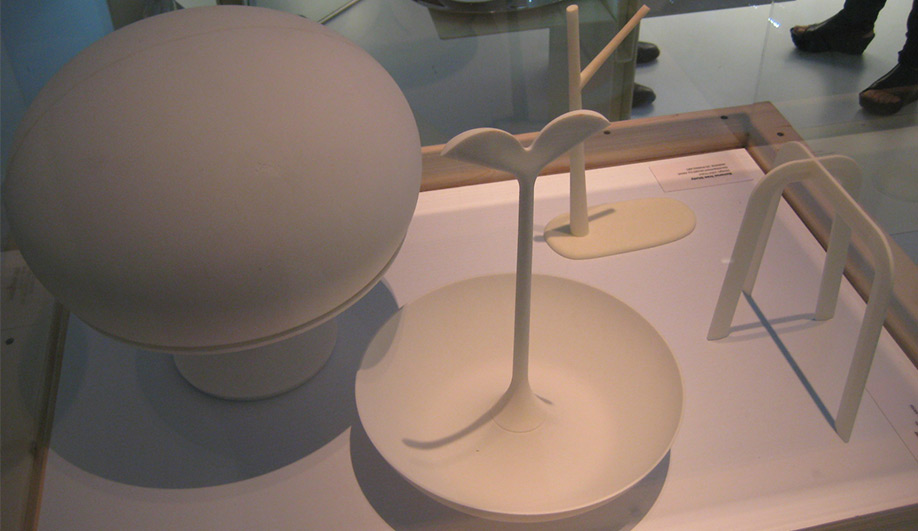 This has been a very good year for the Cranbrook Academy of Art. At the Javits Center, the institution earned the ICFF Editors Award for best showing from a design school. Meanwhile, the results of its three-year collaboration with Alessi were showcased in the Italian manufacturer’s SoHo showroom.

Cranbrook’s partnership with the home accessories company began when Alberto Alessi visited the school in 2009. “He really connected with what was happening in the design and metal studios,” says Scott Klinker, Cranbrook’s 3D designer-in-residence. Seeing potential for a new product range, Alessi asked the school to pull together some of its most promising alumni to dream up new tabletop pieces.

On view in SoHo are about two dozen of the resulting proposals. Four of those designs are now being put into production, and will be available this September. They include the Vtray, a zigzagging tray of ridged steel, and Pinch vase, a rectangular piece of steel that’s compressed at the top, both by Adam Shirley; the Dear George banana holder, a minimalist stick designed to suspend bunches of bananas aloft, by John Truex; and the perforated Trellis fruit bowl by Klinker.

Cranbrook communicated with Alessi primarily via a blog, creating a digital record of the product development process. Previously private, the blog is now available for all to see at cranbrookalessi.wordpress.com.