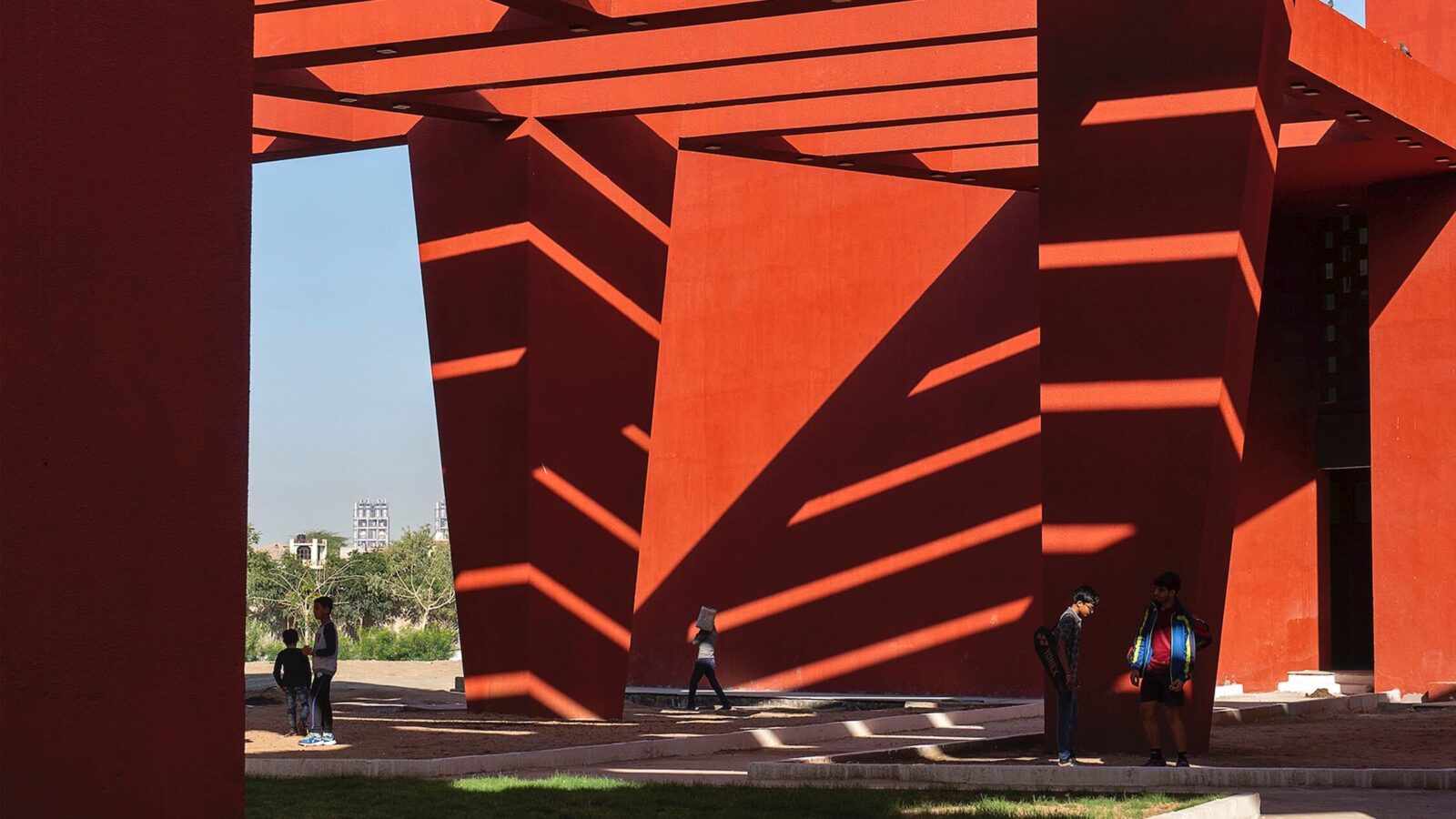 Sanjay Puri’s Rajasthan School Embodies the Intimacy of a Village

In a hot and arid climate, the new campus uses shade and natural ventilation to create a comfortable – and distinctly communal – learning environment.

Rajasthan is a desert province. Situated in the northwest of the country – and between New Delhi and Mumbai – the Indian state has an arid climate of dramatic temperature swings, where cool nights are met by daytime summer highs that regularly surpass 40 degrees Celsius. In the town of Ras, a striking new school by Sanjay Puri Architects deftly responds to the region’s distinct climactic challenges while fostering a communal outdoor milieu that draws from local culture.

The campus is an angular study in red, its two buildings organized around a central courtyard where a series of trapezoidal frames and sun-breakers provides crucial shade. A similar visual language defines the main school building, with its monolithic, rectilinear form broken up by angular extrusions that create a series of small, shaded communal spaces around the perimeter.

These strategically placed fins on both buildings – as well as in the courtyard – break up the structures’ mass and introduce into the campus’s enormous, 18,000-square-metre footprint a program of more intimate milieus. This spatial division into smaller outdoor rooms is reinforced by the multiple entrances to both buildings. As the sun moves across the sky, the shifting shadows create new moments of shade and respite throughout the day.

The angular massing also significantly reduces solar heat gain, creating more comfortable conditions inside and reducing operational carbon costs. With all classrooms positioned to face north, the layout is calibrated to take advantage of indirect sunlight and avoid the need for costly air conditioning. In addition, a wastewater recycling system ensures crucial hydration for the landscaping that surrounds the desert school.

On the south side of the campus, the main building houses an auditorium, primary school and administration spaces. North of the sheltered courtyard, meanwhile, the smaller building is home to the secondary school classrooms, as well as the library and cafeteria. 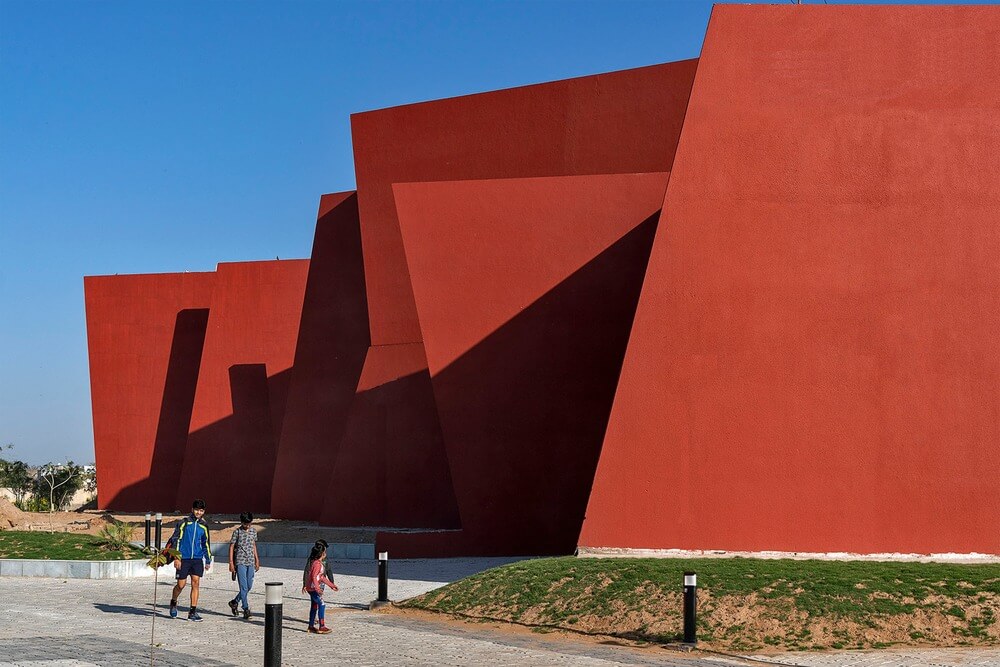 According to Sanjay Puri, “the organic layout creates a different character to each part of the school, orienting each space with different views and different perceptions.” 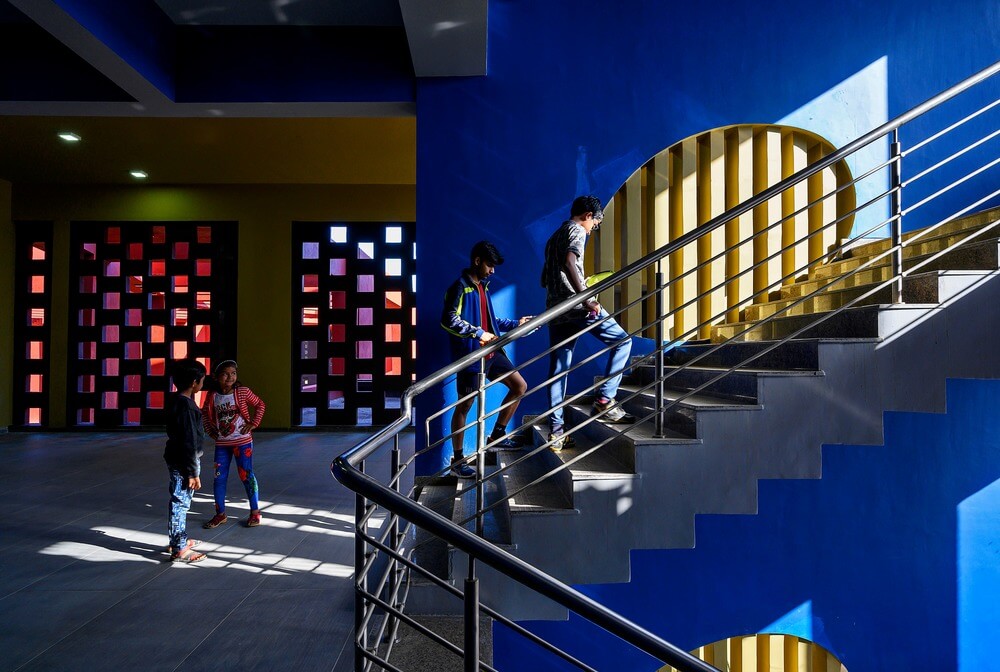 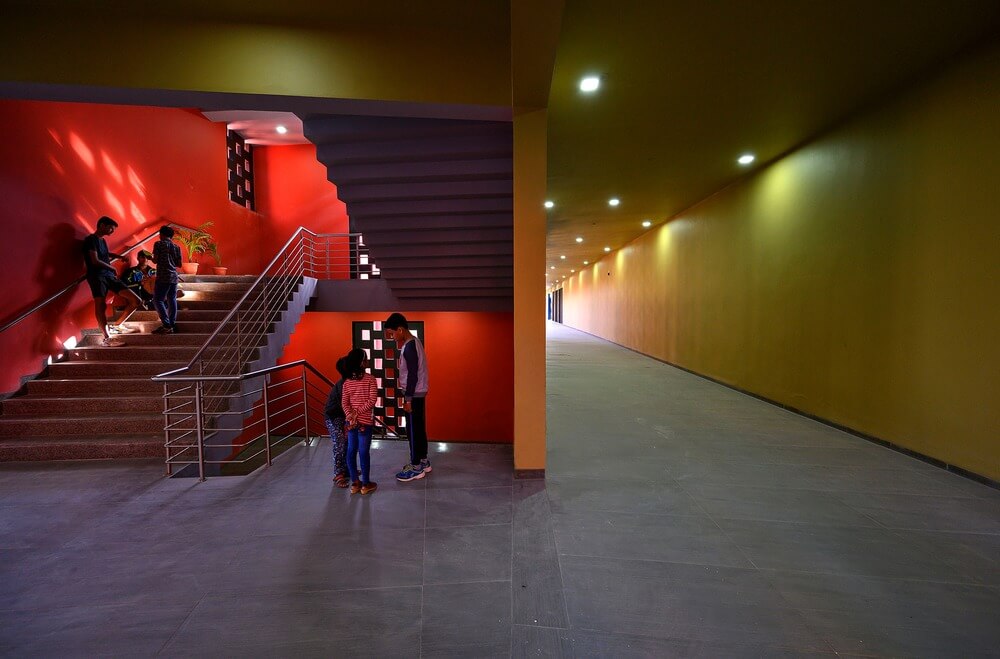 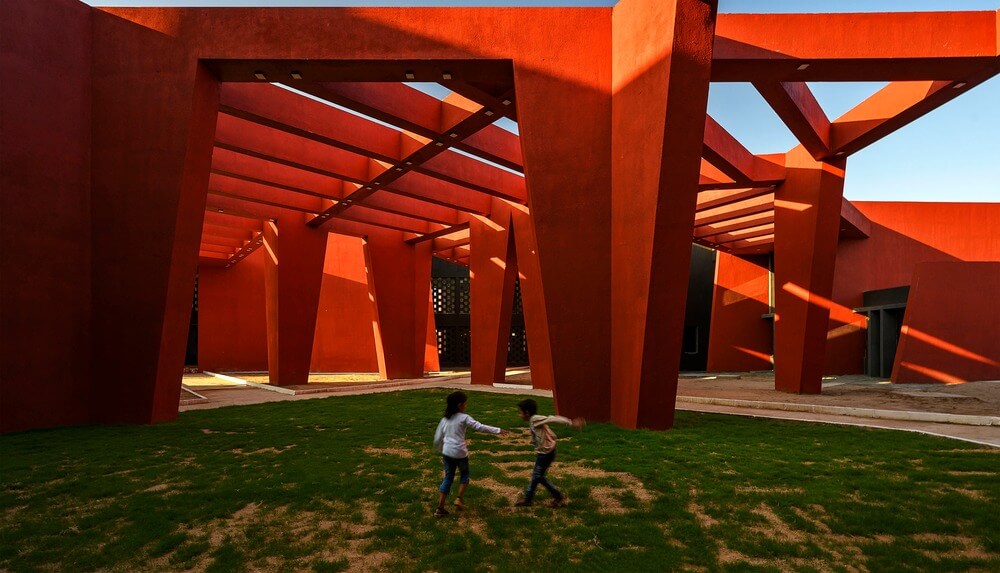 “The Rajasthan School derives its character from the organic old cities, with an informal layout interspersed with open and enclosed volumes,” he says. The complex is “designed in response to the hot climate, creating a school that is exploratory in multiple ways.” 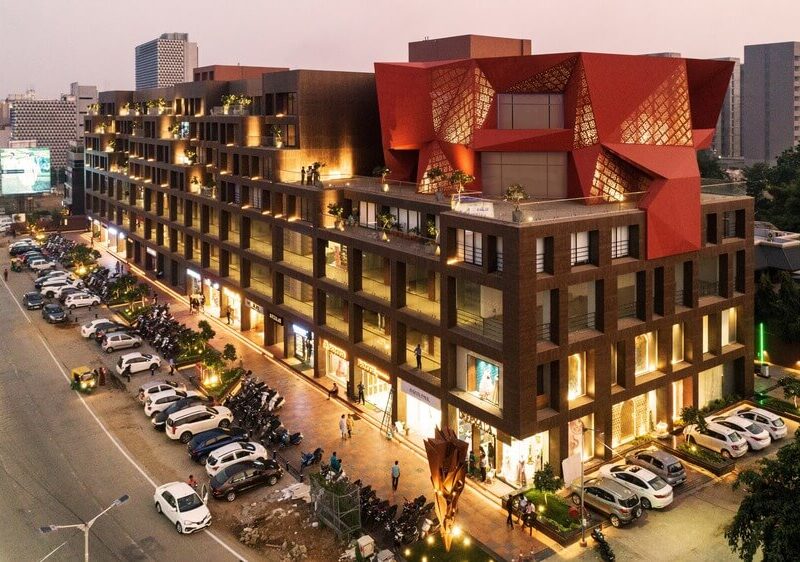 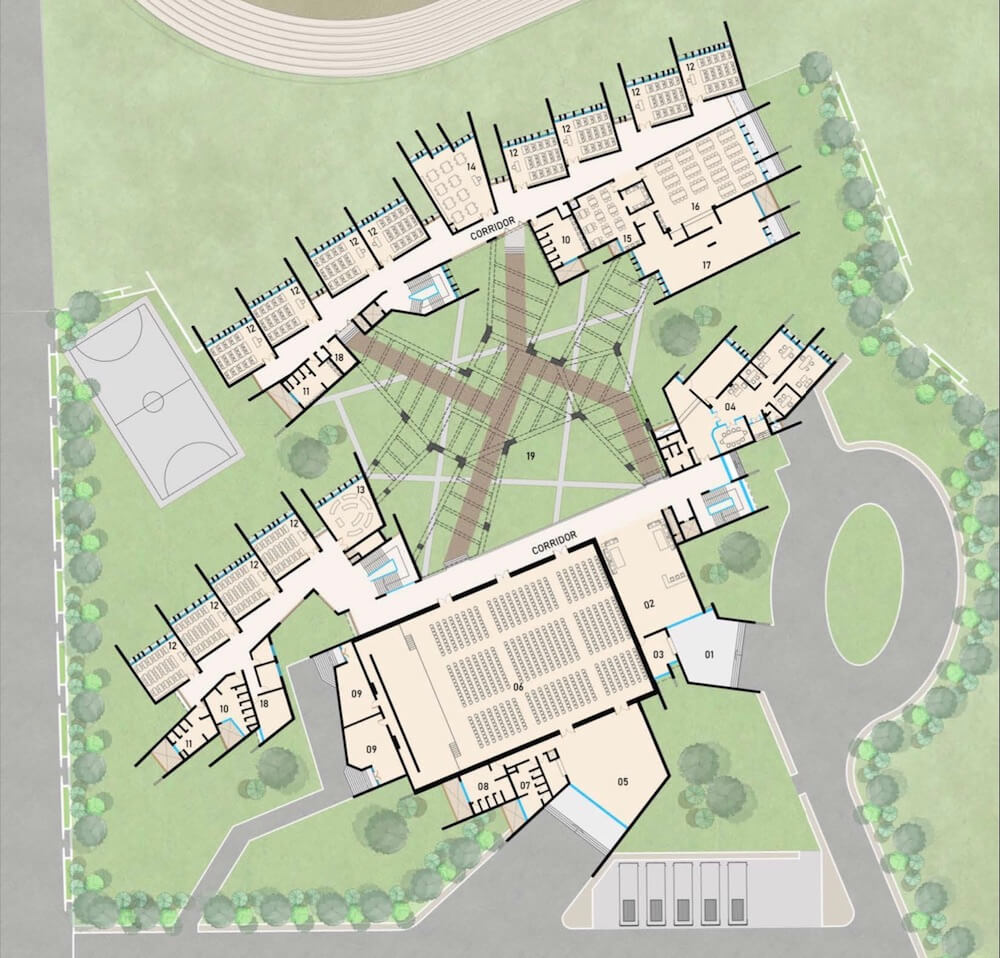 Inside both buildings, a fluid connection to the outdoors is maintained with naturally ventilated corridors and stairways. Punctuated by openings to the courtyard, these liminal spaces similarly dissolve the boundary between formal and informal spaces, making the courtyard itself an extension of the classroom.

In a hot and arid climate, the new campus uses shade and natural ventilation to create a comfortable – and distinctly communal – learning environment.