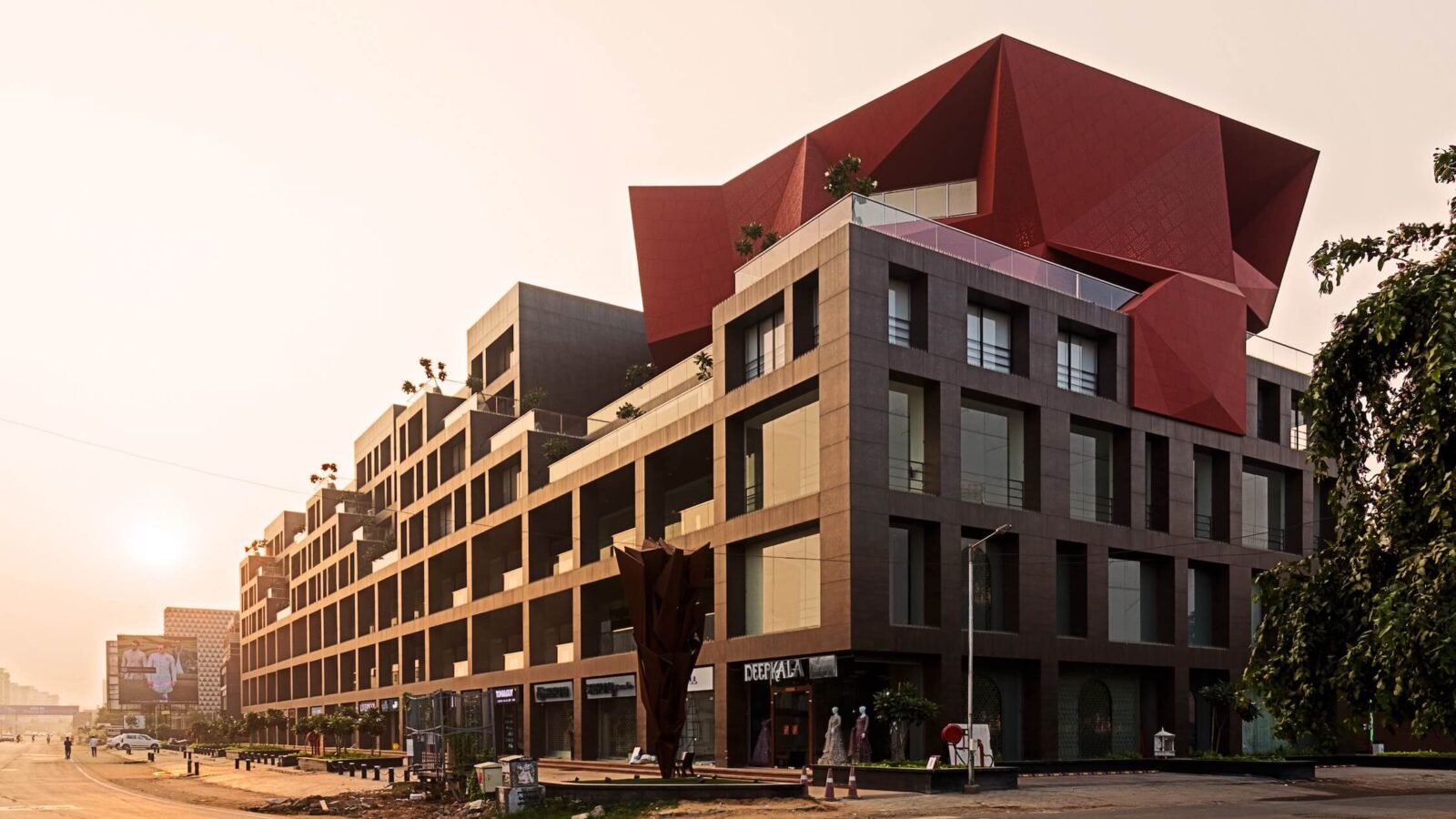 Can a building that’s 110 metres long contribute to urban vitality and pedestrian life? As Jane Jacobs wrote in The Life and Death of Great American Cities, long blocks – and long buildings – “tend almost always to be physically self-isolating,” lacking the opportunities for movement and commerce that come with small urban blocks and fine-grained buildings. But in the Indian city of Ahmedabad, a new mid-rise complex by Sanjay Puri Architects proves a rare exception to the rule.

Dubbed Stellar, the new building combines a program of fine-grained retail and office uses with a playfully staggered and dramatically accented massing scheme to offer a vibrant addition to an eclectic – albeit car-dominated – urban milieu. It’s a block-long building with a surprisingly intimate presence. 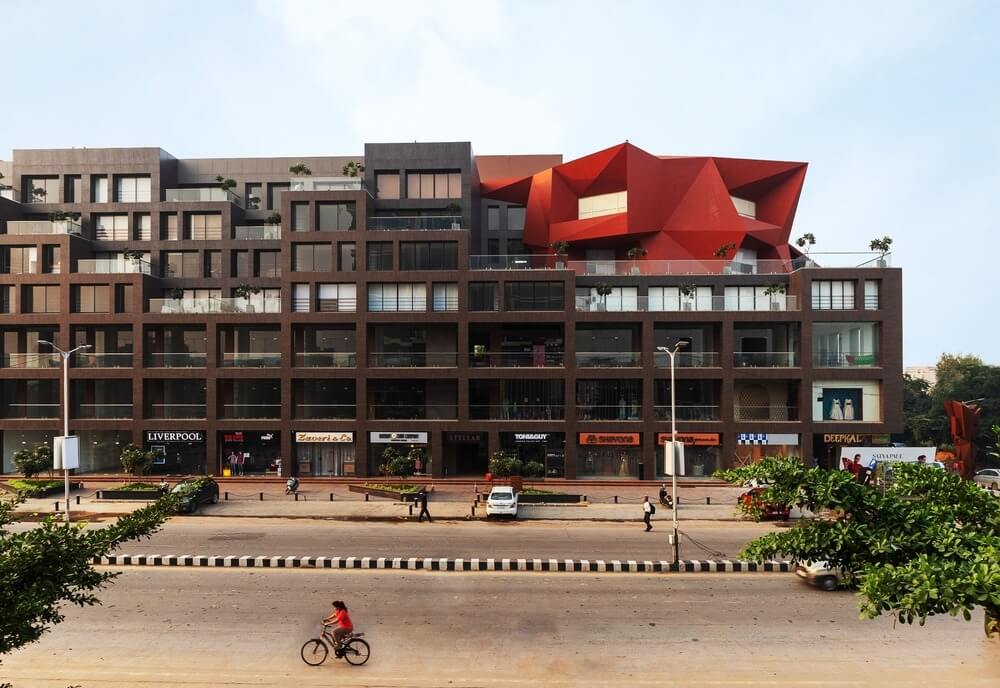 It all starts at grade. The sprawling structure incorporates a wealth of retailers across the first three floors. Although the building’s flat lower levels lack much articulation, they are enlivened by a diverse retail program that incorporates over a dozen shops and services to foster an active, vibrant environment. The feeling of a bustling street-level hub belies Stellar’s block-long footprint.

Above the three retail levels, the seven-story building is topped by offices. The four upper levels unfold across a more varied facade that breaks up the building’s hulking mass into a series of smaller and more legible volumes. The push-pull rhythm that plays out across the upper levels also carves out a series of generously proportioned terraces, giving office workers a valuable outdoor amenity. And then there’s the red crystalline form that caps the north end of the complex. 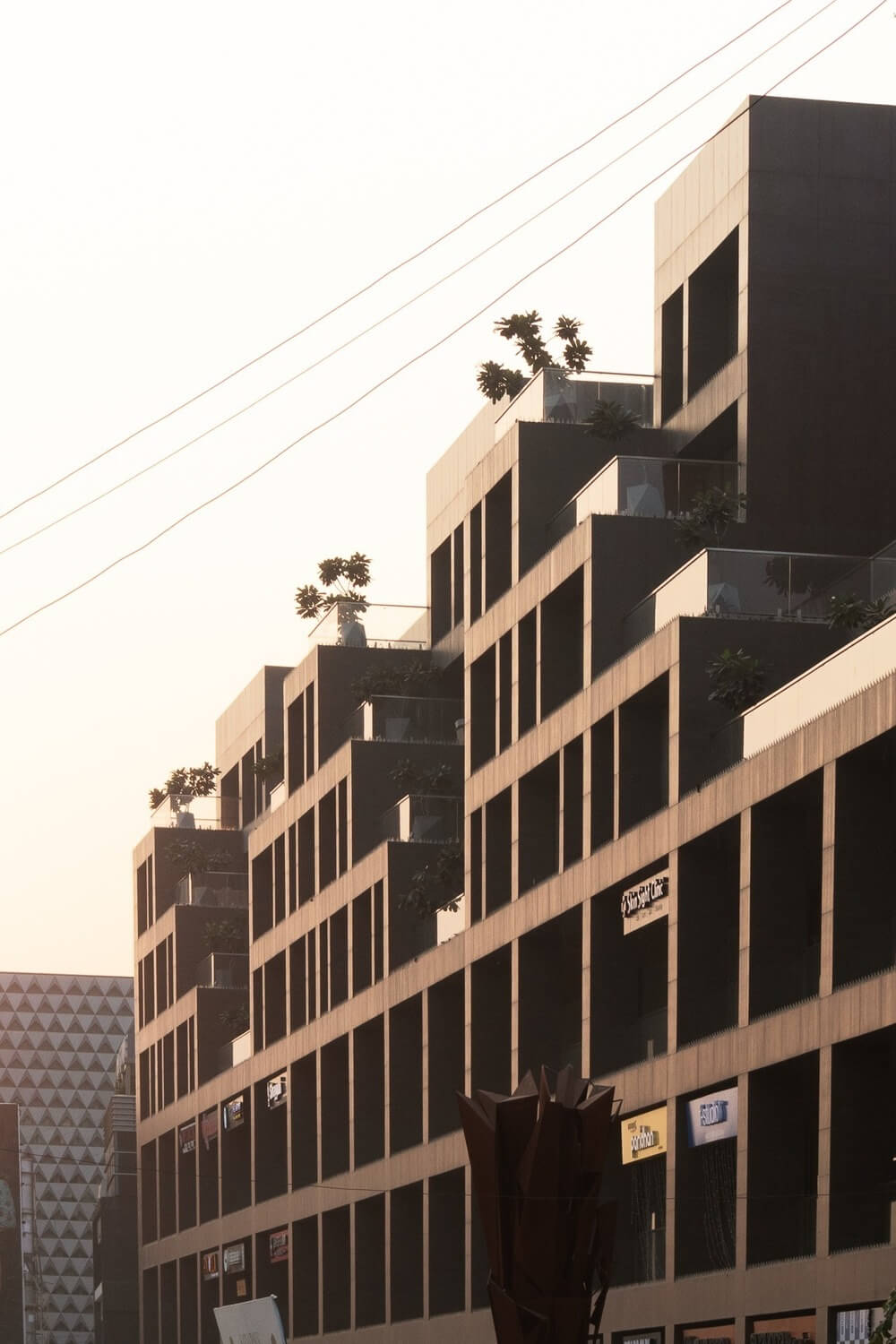 In form and colour, the ruby red showpiece stands out against the muted envelope of Neolith engineered stone cladding that surrounds it. The striking angular composition of aluminum sheets lends Stellar’s anchor office tenant a bespoke identity, while creating an instant focal point for both the building and the neighbourhood. 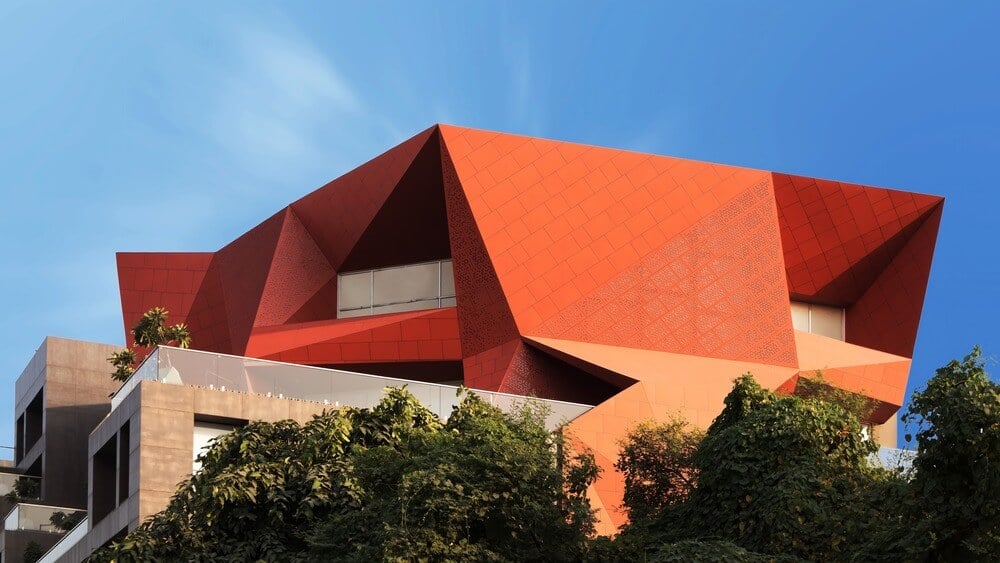 But there’s more to it than spectacle. In a climate where daytime temperatures regularly exceed 40° Celsius, the grid of small, recessed windows along the south façade gradually gives way to larger and more extruded fenestration along the north face. While the careful mediation of extruded and recessed windows mitigates solar heat gain to create comfortable conditions, the outdoor spaces are similarly positioned to maximize shade, comfort, and privacy. 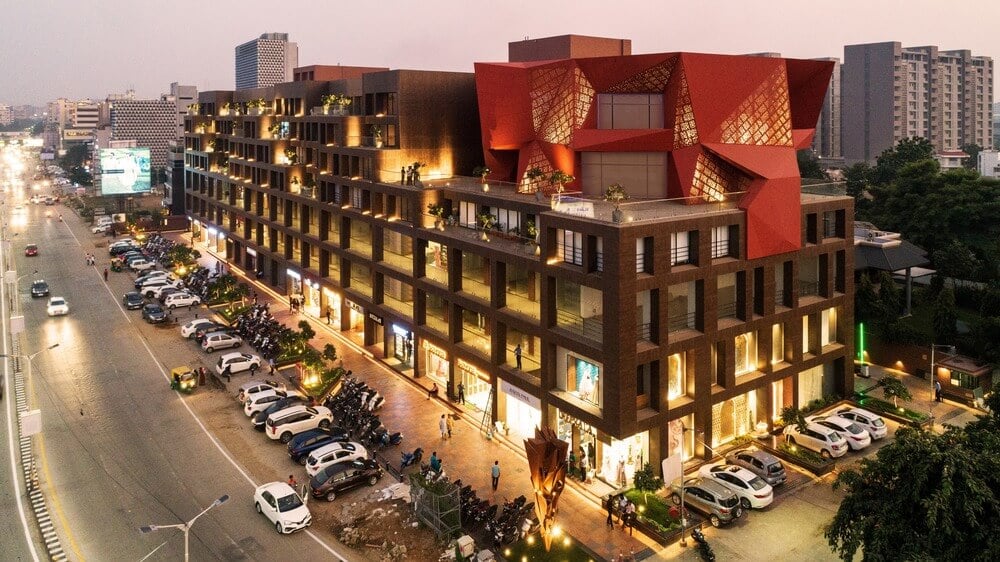 It all culminates in a complex that reads more as a residential typology than a commercial hub. Through its mid-rise scale, warm finishes, playful articulated massing, and ample outdoor space – punctuated by green accents – Stellar translates a sort of “resimercial” office aesthetic into the design of the building itself. Even from afar, it’s far from a faceless office complex. But the real magic happens on the sidewalk, where Stellar melds into the fabric of the city with a natural and elegantly messy ease.