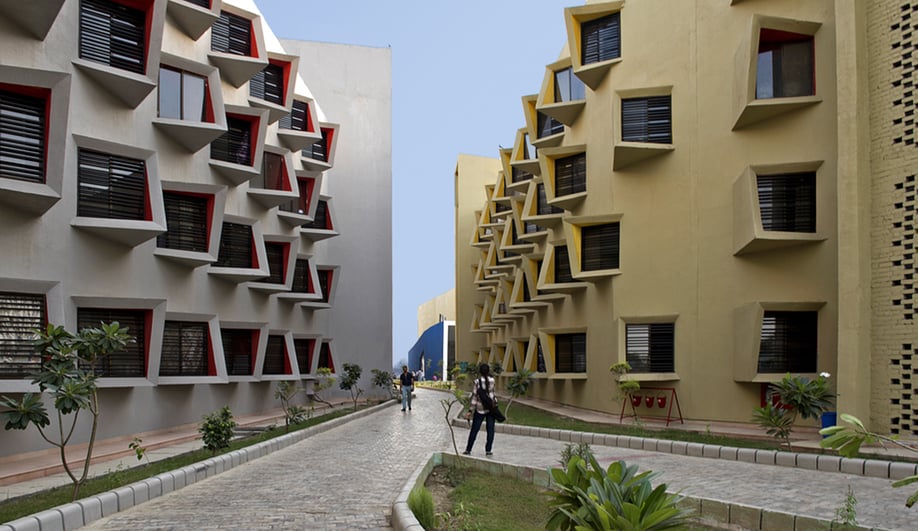 Descriptors for student housing usually revolve around such efficiencies as affordability, convenience and a location that is close to campus. These are good things, of course, but GLA University’s newest residence, by Mumbai-based Sanjay Puri Architects, also offers students an elegant building that honours India’s ancient street culture. 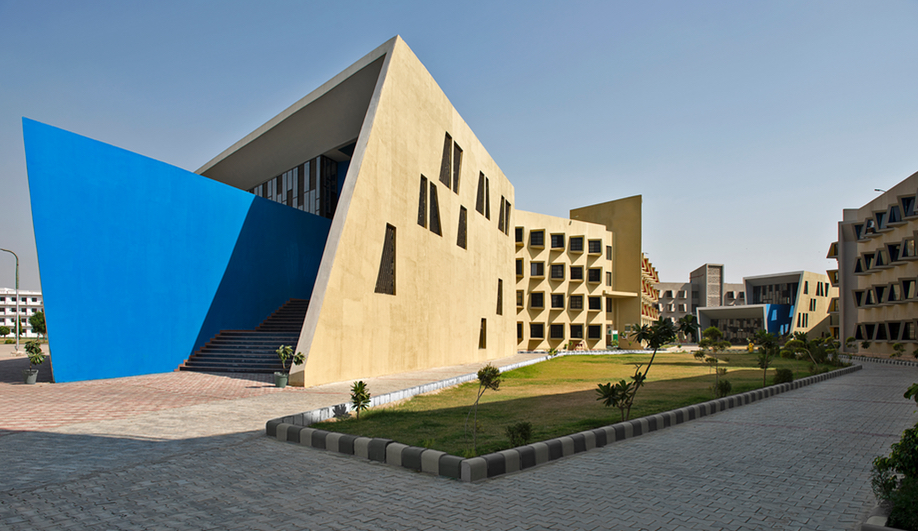 Called The Street, the 800-room residence is part of the applied sciences university located in Mathura, in the northern Indian state of Uttar Pradesh. As its name suggests, the four-storey building emulates a streetscape, with its stacked apartments and asymmetrical wedge-shape reflecting a bygone era of undulating roadways lined with dwellings. The five structures spread across a 1.96-hectare site. 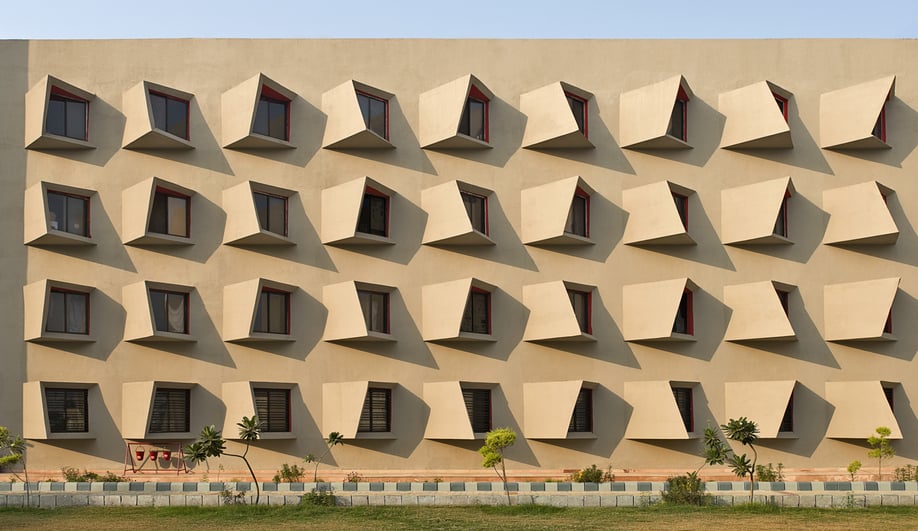 These linear blocks bend and snake across the grounds. Puri, who won an AZ Award in 2016, wanted each room to have a view of green space, which resulted in rows of bay windows that protrude from the facade and face north, overlooking nearby gardens and playgrounds. 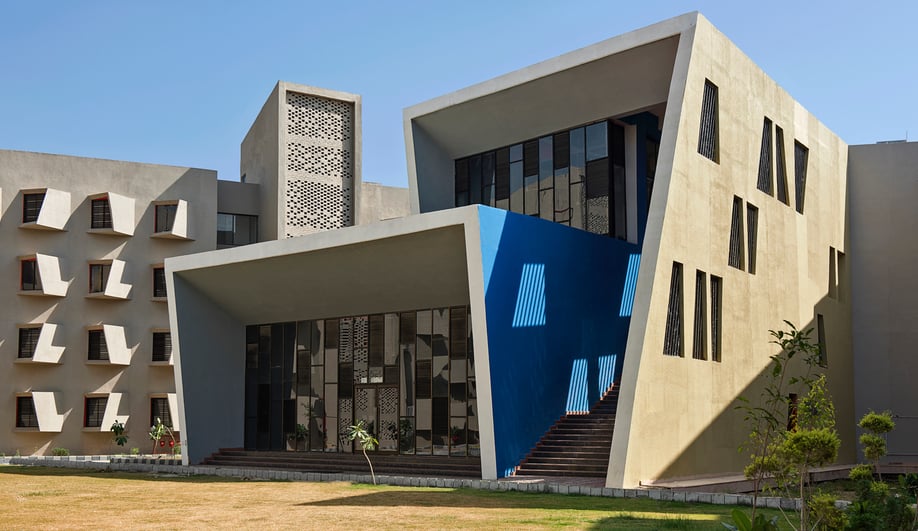 In addition to the residents, The Street includes another two volumes that contain a cafeteria, a games room (above) and a gym. Each volume features six-metre-high ceilings, and they’re meant to be the main “focal areas” of the complex.

Puri also used bold colours as wayfinding tools, accentuating the interior face of each bay window with a specific colour. 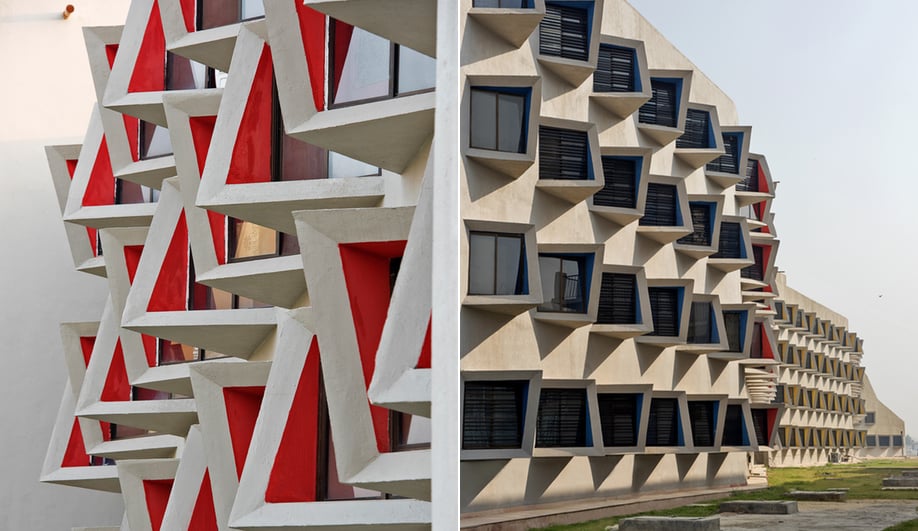 The project was designed with energy efficiency in mind and is equipped to handle the northern Indian climate where temperatures are in the 30ºC range for eight months of the year. Passive cooling promotes natural air flow throughout the building, while elsewhere, rainwater collection systems and solar panels have been installed to help lessen its carbon footprint. 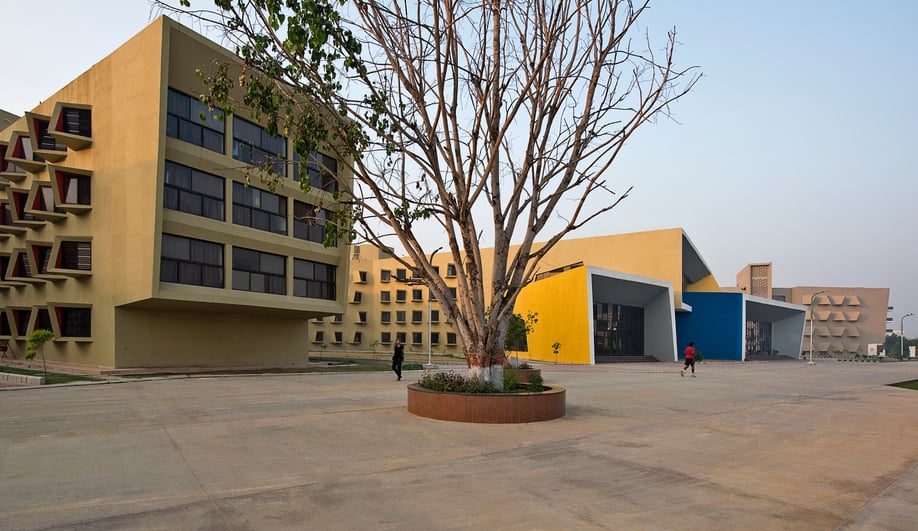 Unlike GLA University’s other residence, The Street offers a touch of whimsy with its organic spaces, and where green space is punctuated by wide, manicured paths that are ideal for chance encounters.