Sid Lee’s Cinema-Inspired Office Renovation
When the creative agency Sid Lee wanted to spruce up its informal meeting and event spaces in a Montreal warehouse, it looked to the movies - especially to directors Stanley Kubrick, David Lynch and Wes Anderson - for inspiration. 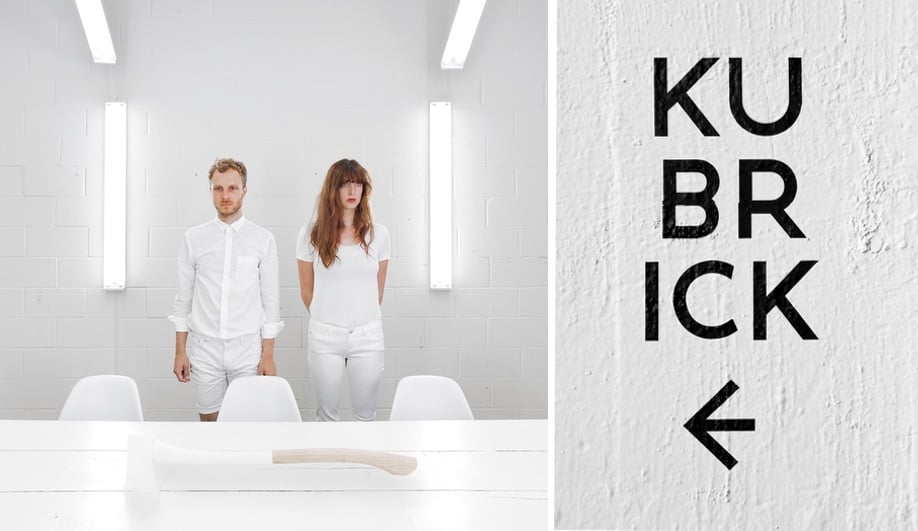 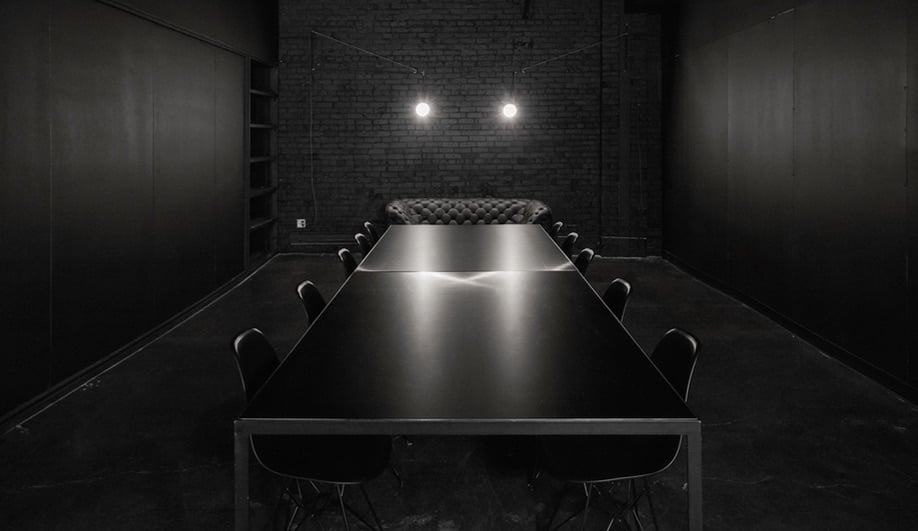 The Lynch Room is inspired by Lost Highway. 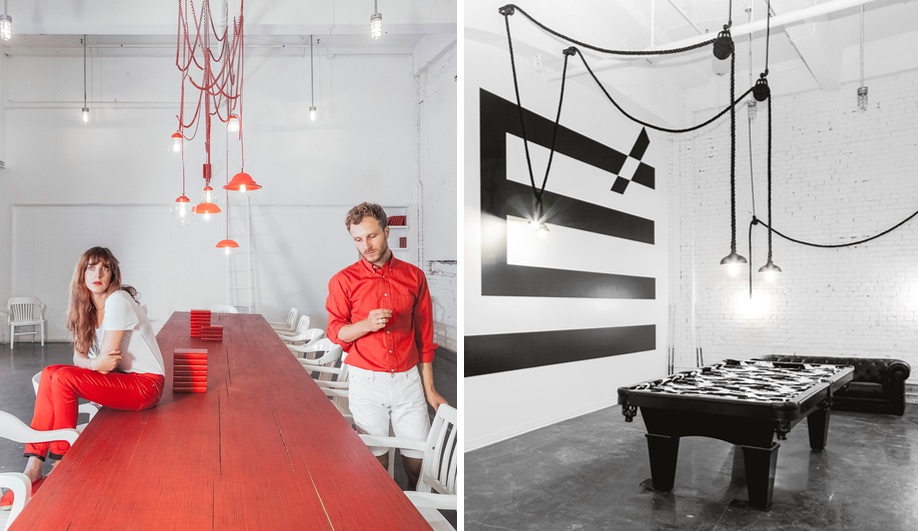 The informal space uses bold contrast and graphics – including a cow-print pool table – to create a stark ambiance. 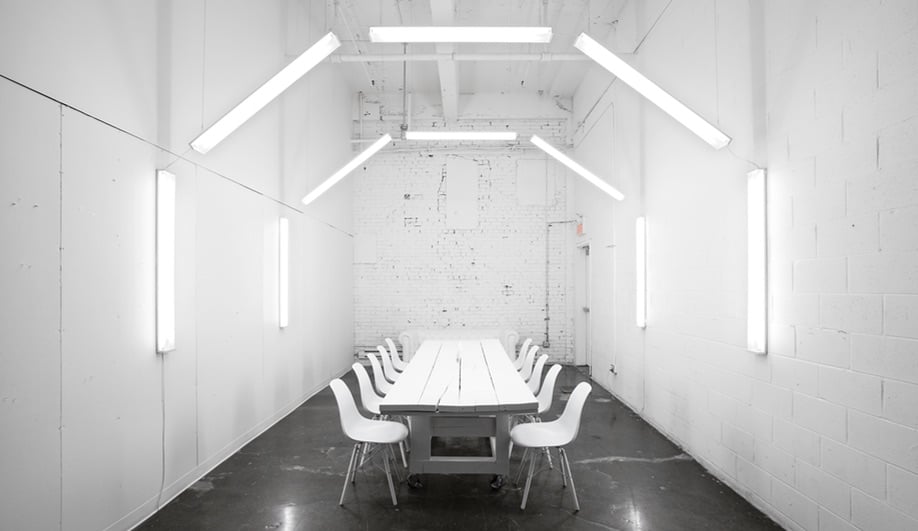 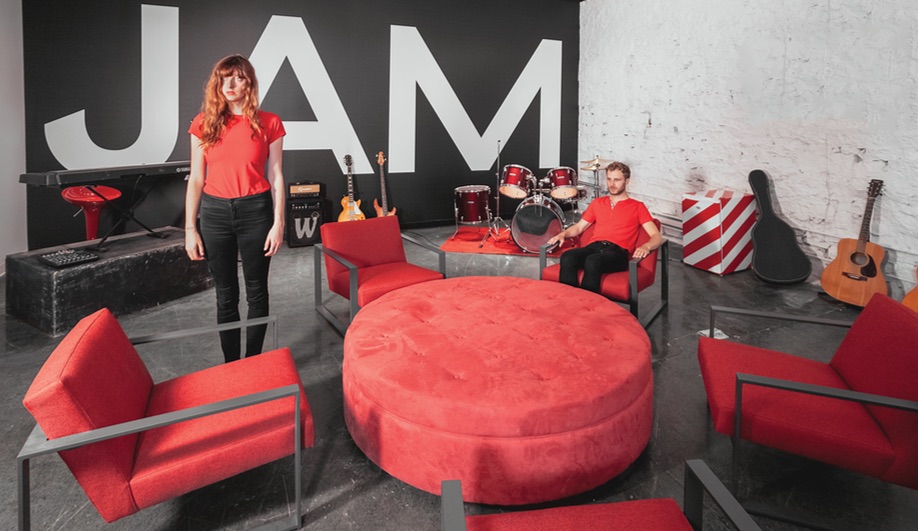 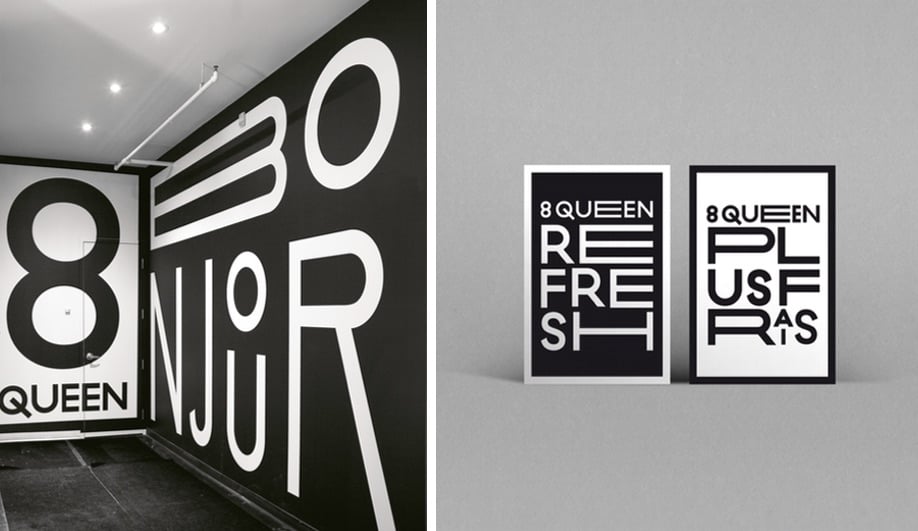 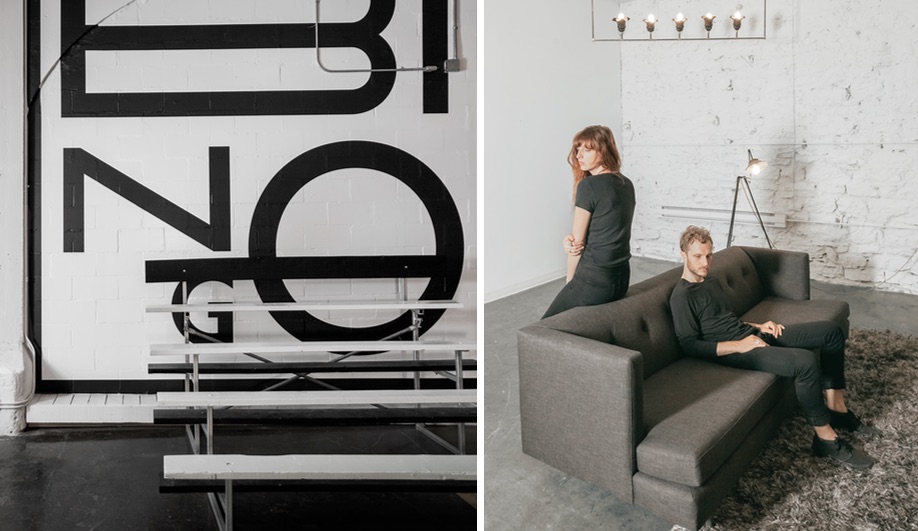 As one of the highest-profile creative agencies out there, Sid Lee has a reputation to uphold. So the firm knew it needed to up the ante after almost five years of renting a rustic, unfinished warehouse – a 1,021-square-metre interior for conferences and staff parties – across from its main office in Old Montreal. The seven meeting rooms and an event hall were recently renovated, incorporating the firm’s trademark black-and-white aesthetic but with a stark, cinema-inspired theme.

The internal design team was headed up by Sid Lee team members, including artistic director Simon Chénier-Gauvreau and creative director Marie-Élaine Benoit. In what they describe as “a space with multiple personalities,” the common thread is an epoxied concrete floor. Beyond that, each room is an experience of its own: “You choose an atmosphere,” explains Joelle Paquette, Sid Lee communications manager. “The idea was to create different kinds of moods and ambiances that would take people outside their comfort zone.”

On the more serious side, an all-black, minimally lit boardroom evokes a David Lynch set (inspired by Lost Highway), while an all-white conference room à la Stanley Kubrick is brightly illuminated with a configuration of 10 fluorescent fixtures; a white concrete and epoxy axe cleaves the table, like a remnant of a meeting gone wrong. Red is also used sparingly but boldly, in both the Jam (music) room and the Anderson room, which features a red-painted wood table and light fixtures.

Naturally, graphics play a pivotal role: oversized typography serves both practical and playful purposes on various walls, from “Bonjour” at the entrance to a randomly placed quote from A Clockwork Orange: “When a man cannot choose, he ceases to be a man.”