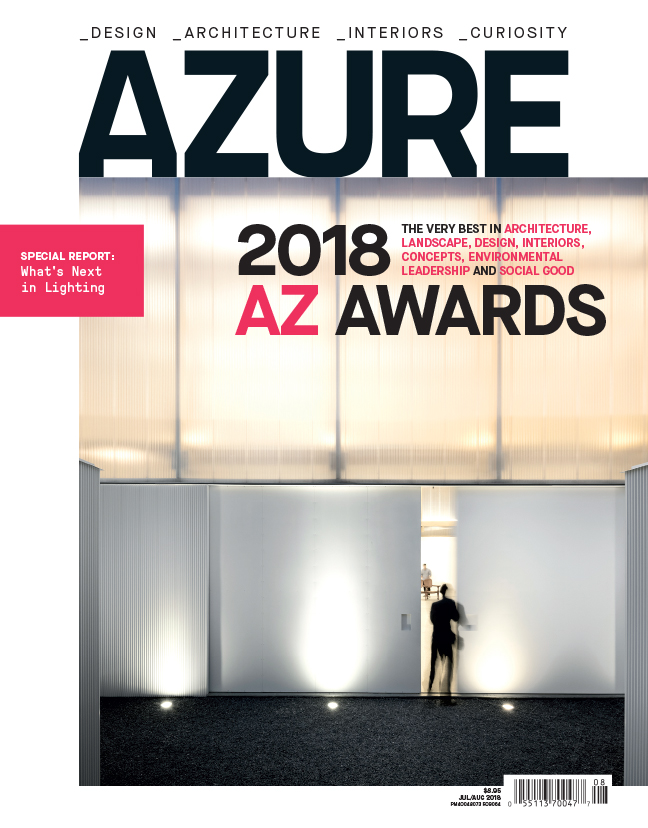 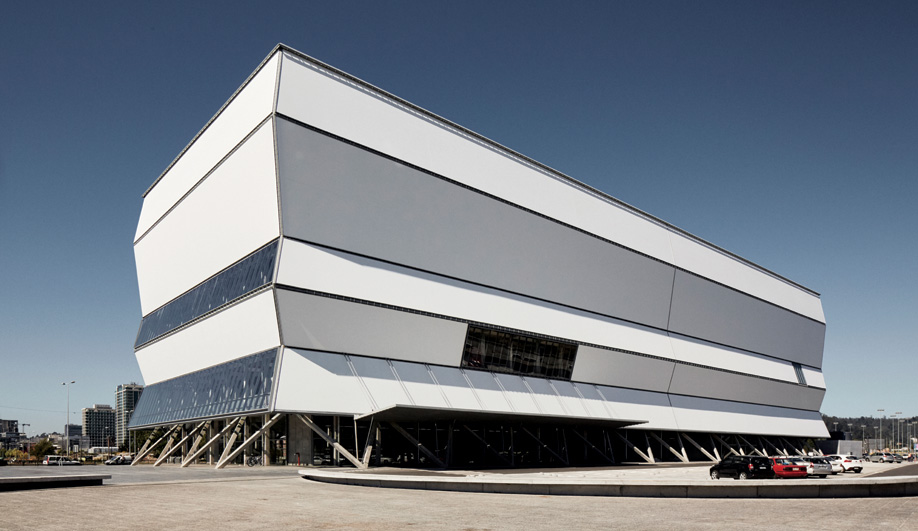 Smiljan Radić has run away with the circus – at least he has with Teatro Regional del Biobío, a six-storey venue that he describes as rising like a modern-day big top on the banks of the Biobío River in Concepción, some 500 kilometres south of Santiago. “Concepción was close to the epicentre of the 2010 earthquake,” says the Chilean architect best known for his 2014 Serpentine Pavilion, a doughnut-shaped structure built out of boulders and paper-thin fibreglass. The 8.8-magnitude catastrophe destroyed many of the city’s buildings, so “the submission call,” he says, “was for a very solid structure, also for an institution. We did the exact opposite, visually.” 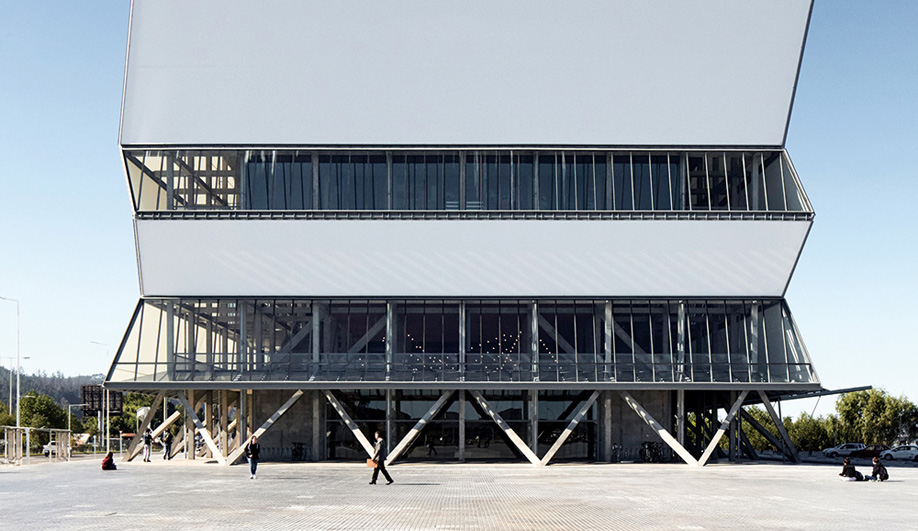 Rather than a building supported by a handful of massive columns, Radić and colleagues Eduardo Castillo and Gabriela Medrano (who beat out 11 other international firms with their 2011 proposal) conceived a reticulated framework of slender beams and pillars. “The conventional notion of a theatre tends to be associated with a conservative architecture. We got around that by using PTFE,” a Teflon-coated woven fibreglass that is as light as sails.

In Europe, the material is most often used as a second facade; here, it is the facade. Since the structure sits on the riverbank, there could be no below-grade level. “The building rises from a platform that’s 30 centimetres thick. In the end, it’s a pretty simple design, just like a tent, albeit a sophisticated tent,” Radić says. 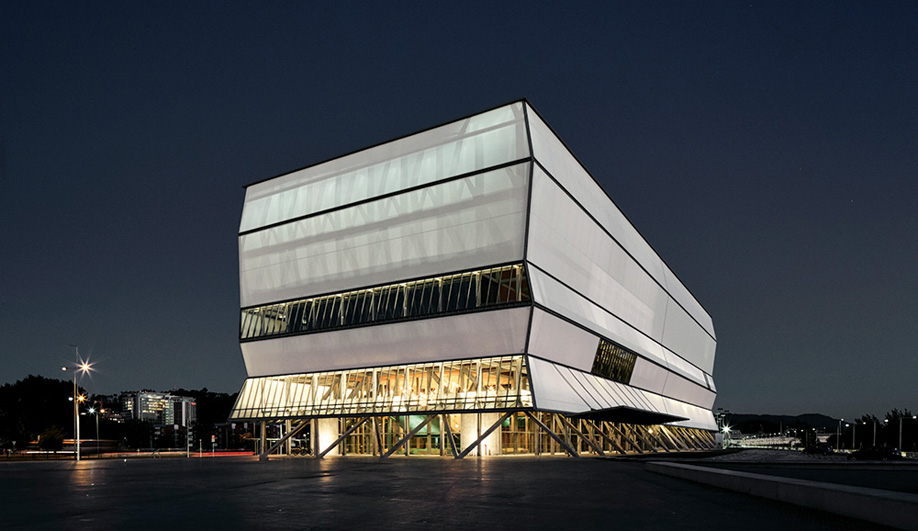 The six-storey performing arts centre is wrapped in a shell of PTFE, a Teflon-coated woven fibreglass that appears solid during the day and translucent at night.

At nearly 10,000 square metres, the venue is the largest regional theatre in Chile, with a main performance space that seats 1,200 and a 250-seat chamber hall accessed from a ground-level plaza. “For us, this was always a national project,” says Radić. “The architecture proposes an experience not really found in Chile, and is a bit outside what people expect of an institutional building.” 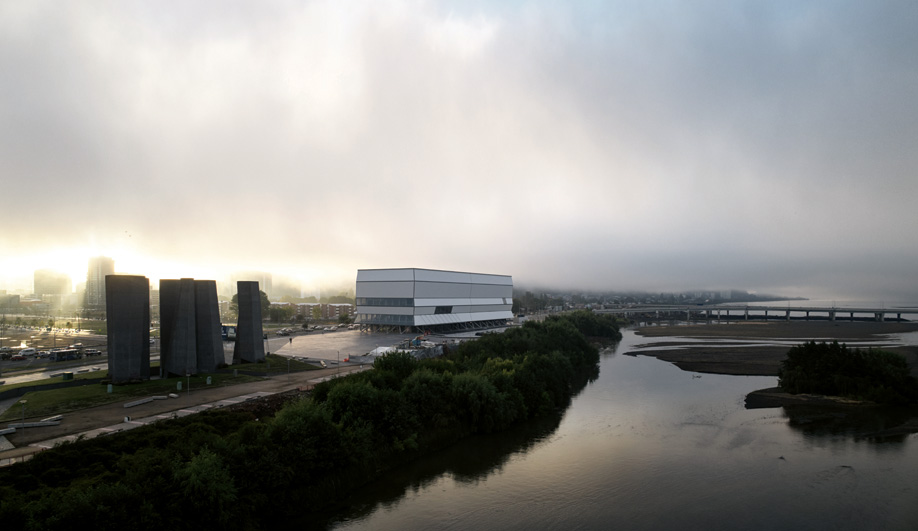 That’s also why the theatre is a sign of the future. “The scale fits with the beautiful river, but it doesn’t reflect the scale of Concepción today; it has the scale of what it will be like in 20 years.” The venue thus serves as connective tissue between the city and the developing waterfront. And while locals see Teatro Regional del Biobío as a paper lantern shining from within, it’s also a beacon that lights the way forward for a growing city.

This story was taken from the July/August 2018 issue of Azure. Buy a copy of the issue here, or subscribe here.