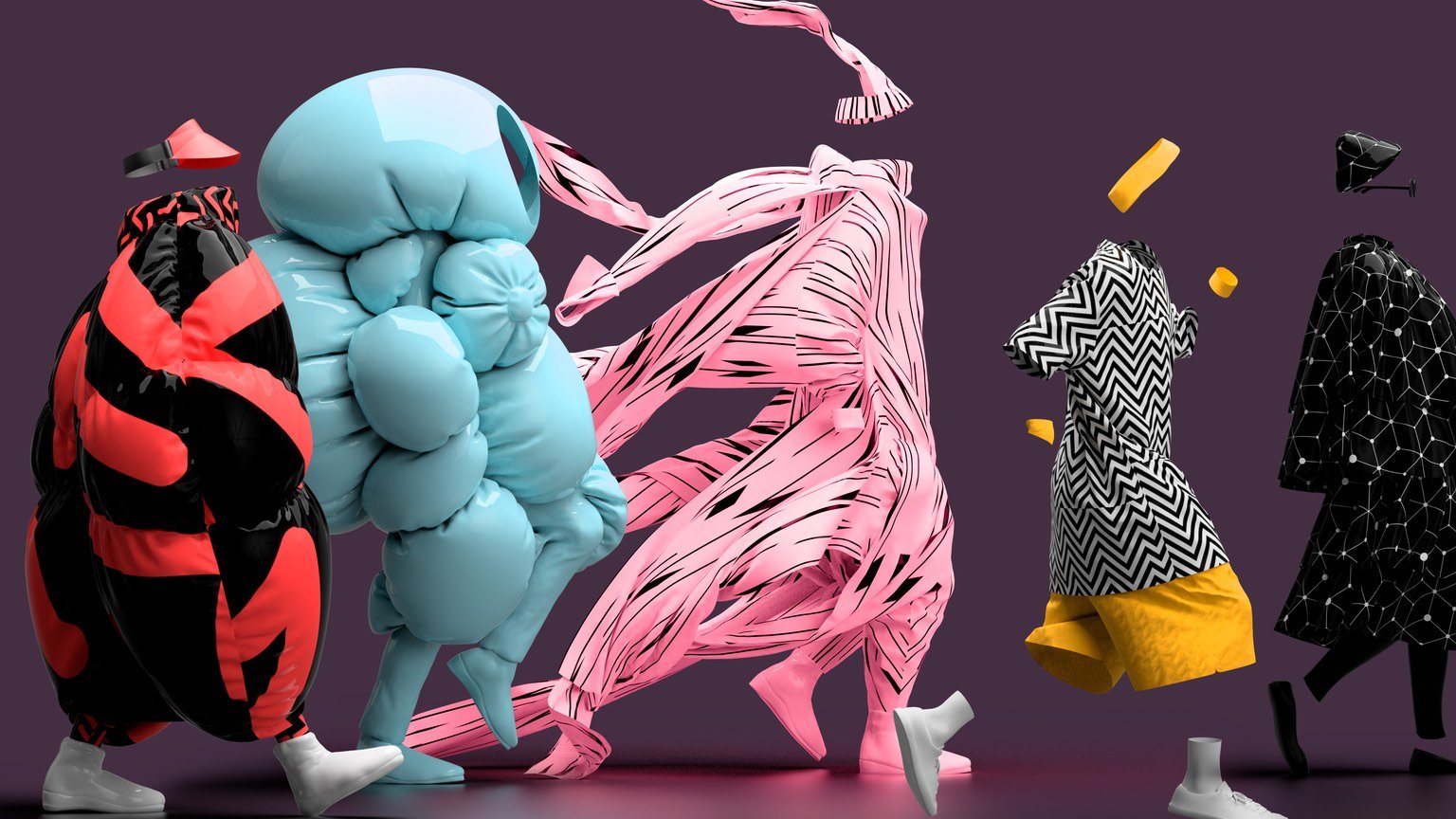 A London gallery-turned-digital nature park previews the surreal creatures that may one day call our planet home.

This past fall, in the absence of sunlight, new life forms were thriving in what used to be an underground car park in Central London. To walk through Primordial, an installation on view in the basement level of local gallery 180 The Strand, was not unlike wading through a shoal. Projected onto a concrete ramp, a shimmering rainbow of neon organisms undulated gently underfoot, responding to the vibrations of atmospheric sounds that were piped in through speakers. 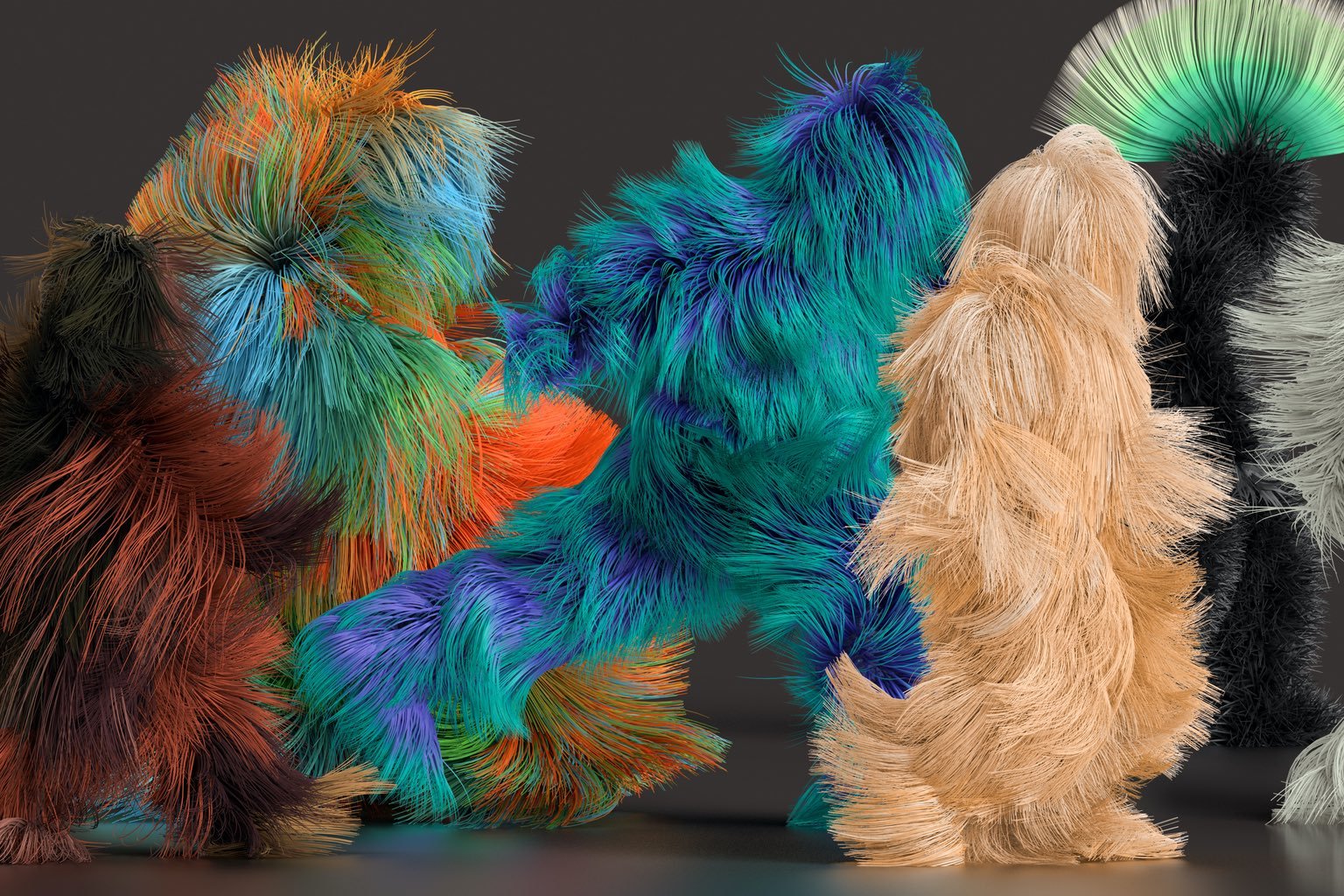 This pseudo-aquarium was part of “Lifeforms,” an exhibition collecting 15 years of artworks — and three new installations — produced using international design collective Universal Everything’s proprietary software, which leverages emerging technologies like motion capture and generative graphics. According to Matt Pyke, the collective’s founder and creative director, the idea was to introduce an underground ecosystem built on complex mathematical equations.

“How trees are grown, how cells interact with each other — the building blocks of life can all be distilled into formulas,” Pyke explains. The code his team writes is like a seed that is then grown by the software. “We don’t know the outcome. It often generates things that are more beautiful, weird, ugly or surprising than we could have imagined ourselves.” 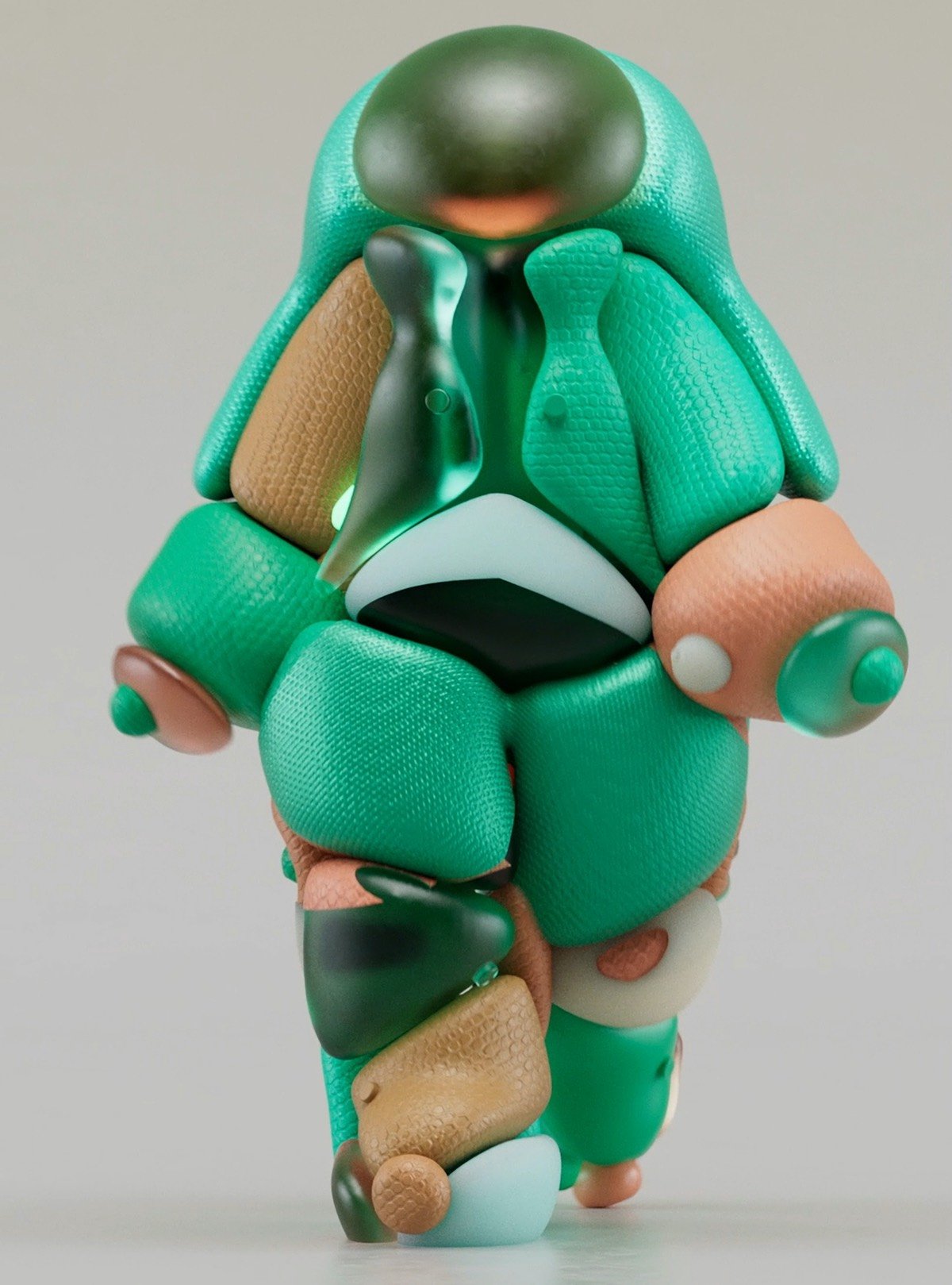 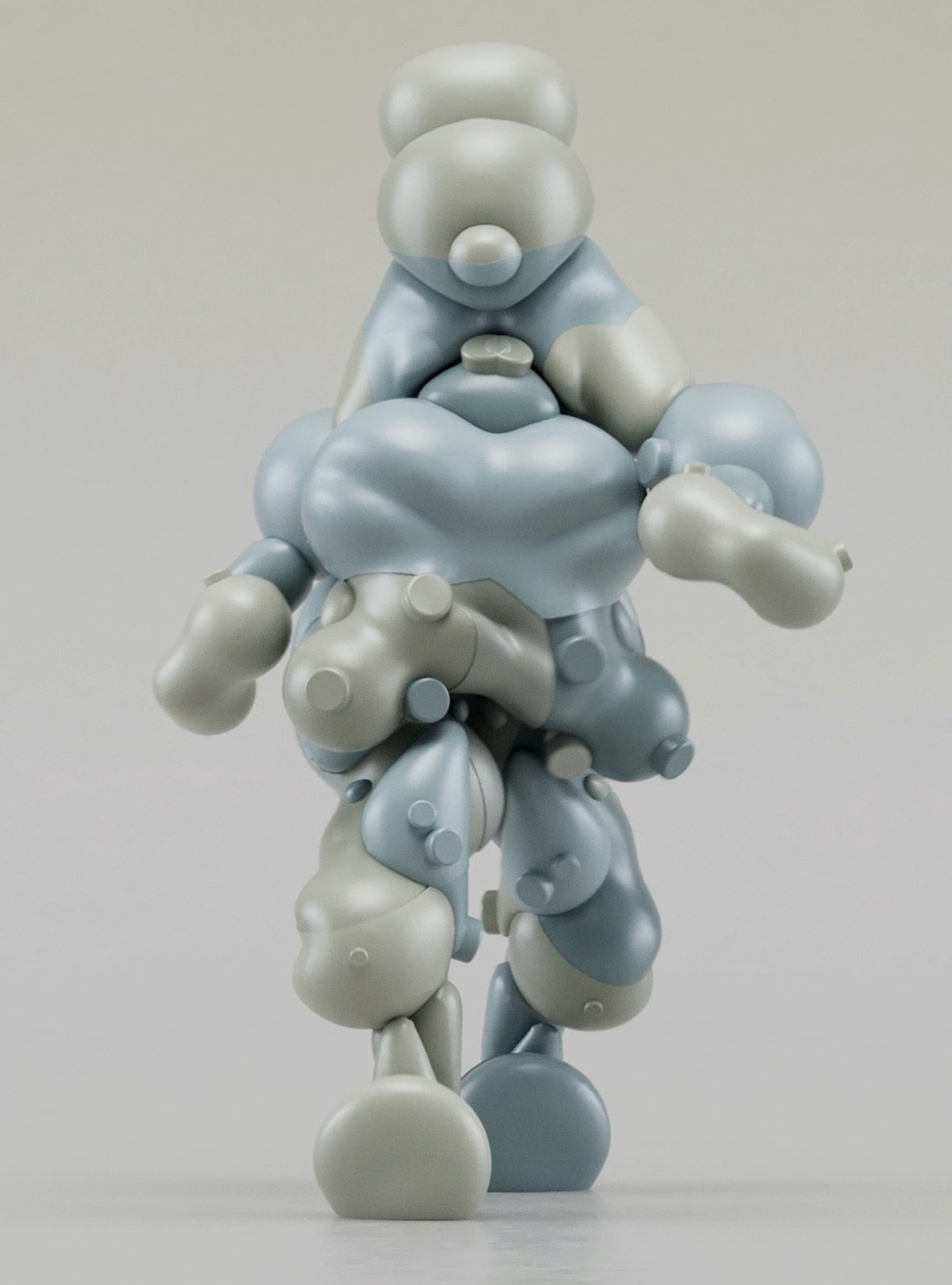 Infinity saw a parade of “unique personalities born from code” projected onto a curved screen. The characters, in flamboyant shades of orange and purple, looked a little like the fluffy, benevolent Sulley from Pixar’s 2001 film Monsters, Inc., or perhaps the latex pompom balls popularized by Koosh in the 1990s. In another video, voluptuous, glassy figures walked alongside slender, silvery abstractions in a futuristic fashion show. “The range of costumes felt like they had been sculpted by the human hand, but they’re all designed by a set of rules that we created,” Pyke says. 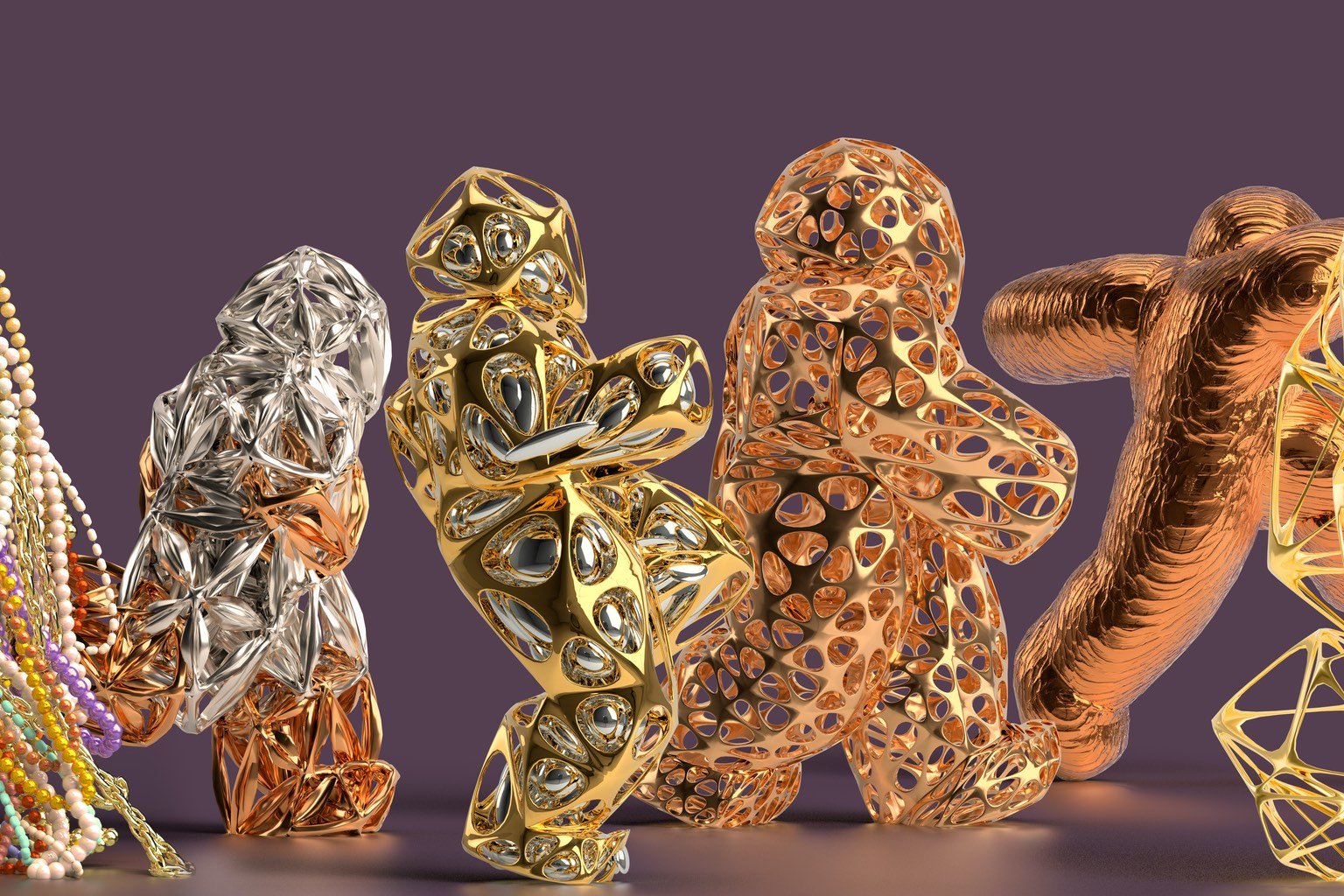 According to him, one way to instill a soul into a film, image or object is to give it a human or animal form. The creatures designed by Universal Everything, which pose and twirl with a very human sense of sass, tap into our ability to identify with a being’s movement. “That’s the sweet spot that we’re always trying to balance,” says Pyke. “How far can you push a form into abstraction and have it still feel alive?” 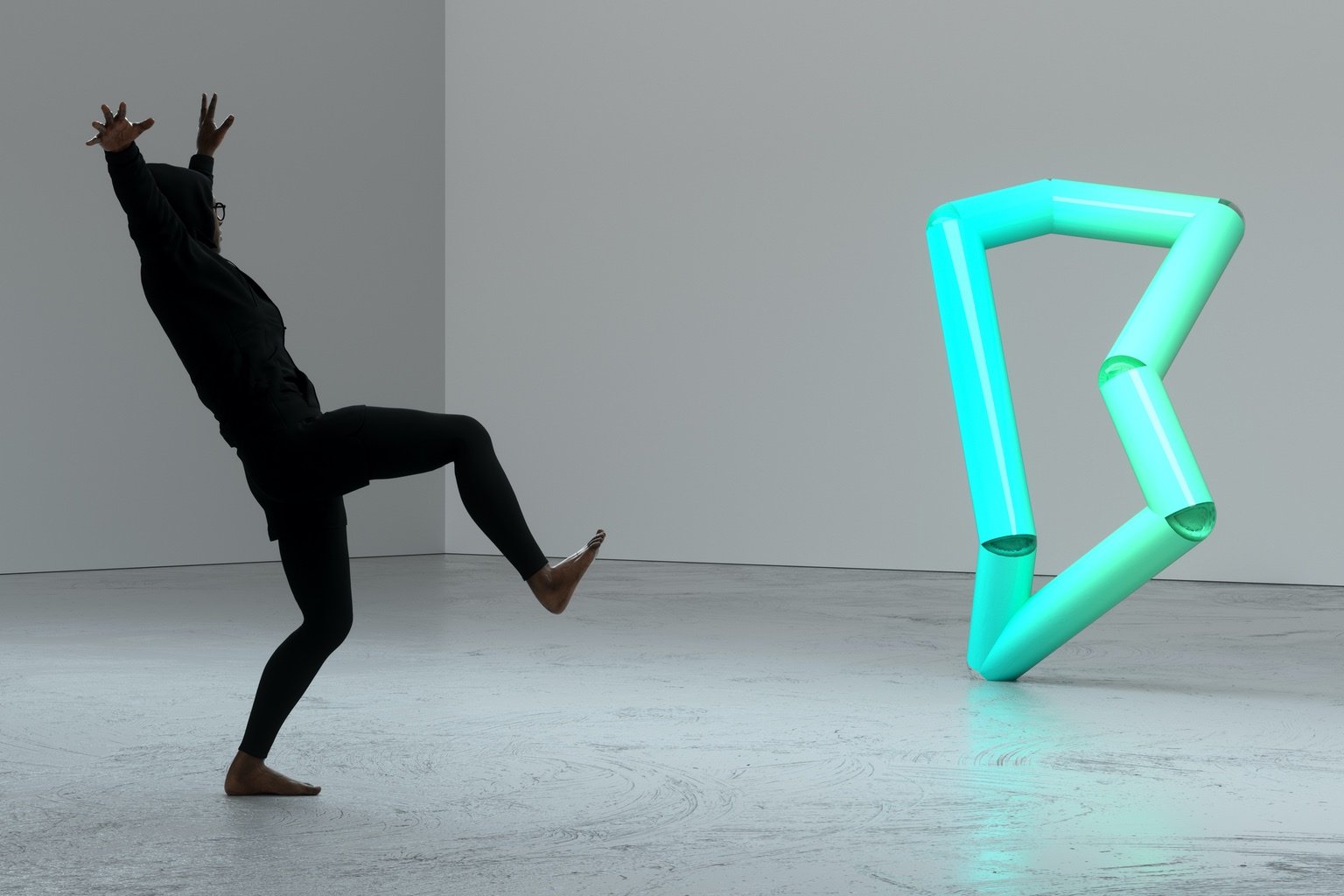 In Machine Learning, a figure constructed from turquoise pipes leaps and pirouettes across a screen, mimicking the fluid movements of a human dancer. We think of surveillance software as technology designed to collect data in preparation for attack. “Lifeforms” then, is a utopian project by Universal Everything, imagining an alternative future filled with curious and playful digital creatures instead of A.I. weapons. “There’s an awful lot of positive things about the progress of humanity driven by technology,” says Pyke. “We try to focus on the future optimism of that.”

A London gallery-turned-digital nature park previews the surreal creatures that may one day call our planet home.