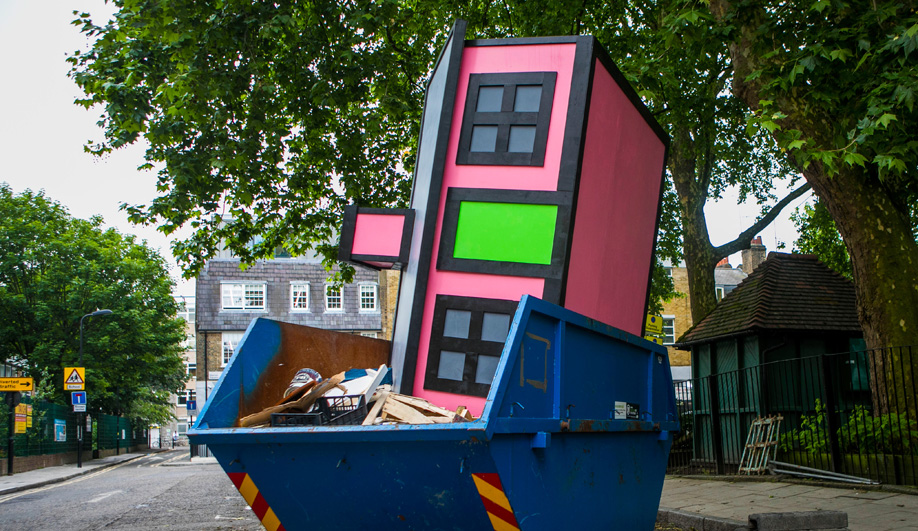 U.K. artist Richard Woods calculates the cost of gentrification, trashing the dream of the single-family home in the process.

If you live in one of the many cities where real estate prices have hit astronomical heights, you have watched recently purchased homes in gentrifying neighbourhoods undergo one of three radical transformations: 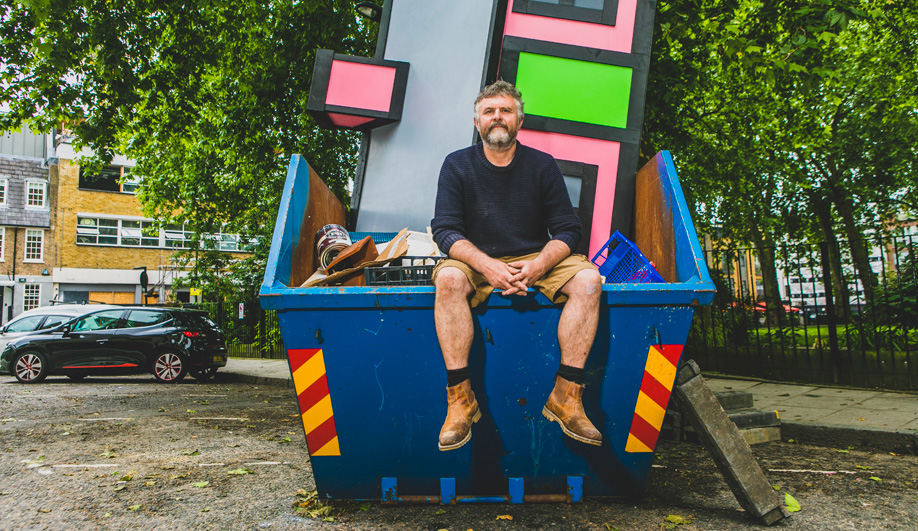 Urban transformation in the age of unimaginable mortgages and minimal interest – where monster homes consume modest bungalows and the desperate search for affordable living results in cities inhabitable only for the very few – inspired Richard Woods’s installation for the 2018 London Festival of Architecture. The British artist’s scaled-down cottage, upended in Skip Gallery’s exhibition space/dumpster (“skip” in British slang), made a suitably ambiguous statement about the vicissitudes of gentrification.

Woods was inspired by the skips he raided for materials in his student days. He found complete kitchens and imagined entire homes being scrapped to make way for new owners. The growing desire for a limited supply of houses results in extreme market maneuvers – not to mention tons and tons of waste – that are as evident in Toronto and Vancouver as in London and San Francisco.

There is another possible reading of Woods’s rejected model, and it doesn’t have to do with numbers in the millions. It has to do with a single, indivisible digit: The dream of one family in one house might also have to be scrapped. As the affordability of housing races ahead of income, the future of the family home has faded for many, or has been pushed past suburbs into exurbs and beyond. For those who want to live in the modern metropolis, a recalculation of how many people fit into one residence is required. There are plenty of cities that have already made the adjustment, but the hold-outs need to give up on that one.